Two brothers who are high-ranking members of a Utah polygamous group The Order were hit with 50 additional charges in their ongoing tax fraud case earlier this week.

A superseding indictment filed on Tuesday and obtained by DailyMail.com reveals new fraud and money laundering charges against Jacob and Isaiah Kingston as well as their mother Rachel and Jacob’s wife Sally.

Jacob and Isaiah are the sons of John Daniel Kingston, who is the highest-ranking member of The Order. Rachel is one of his 14 wives, as well as his second cousin.

John has not been linked to his sons’ illegal tax scheme, but did spend seven months in prison for child abuse after he violently beat Jacob and Isaiah’s sister when she tried to escape the group after being forced to marry her uncle.

That uncle, David Ortell Kingston, spent four years in prison on charges of incest and unlawful sex with a minor as his niece was just 15 when she became his 15th wife.

Jacob and Isiah are accused of committing a number of offenses, including lying to government officials, threatening witnesses, and falsifying documents in a $1.1 billion scheme that allowed them to claim $511 million in renewable fuel tax credits for their company, Washakie Renewable Energy.

And with that money the two men went on a shopping spree, snapping up compounds across Utah for their families, buying flashy cars and even purchasing a waterfront mansion in Turkey. 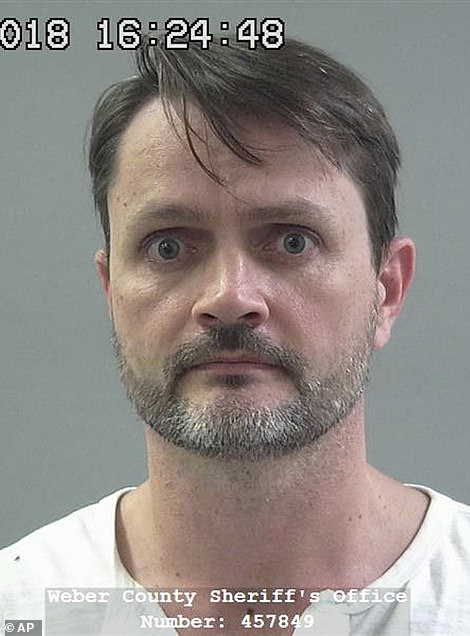 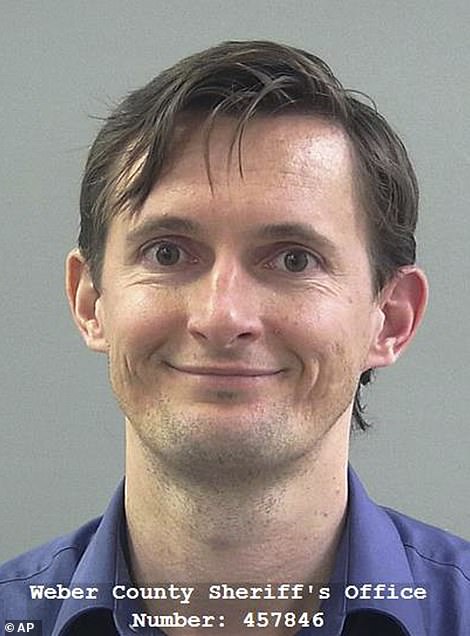 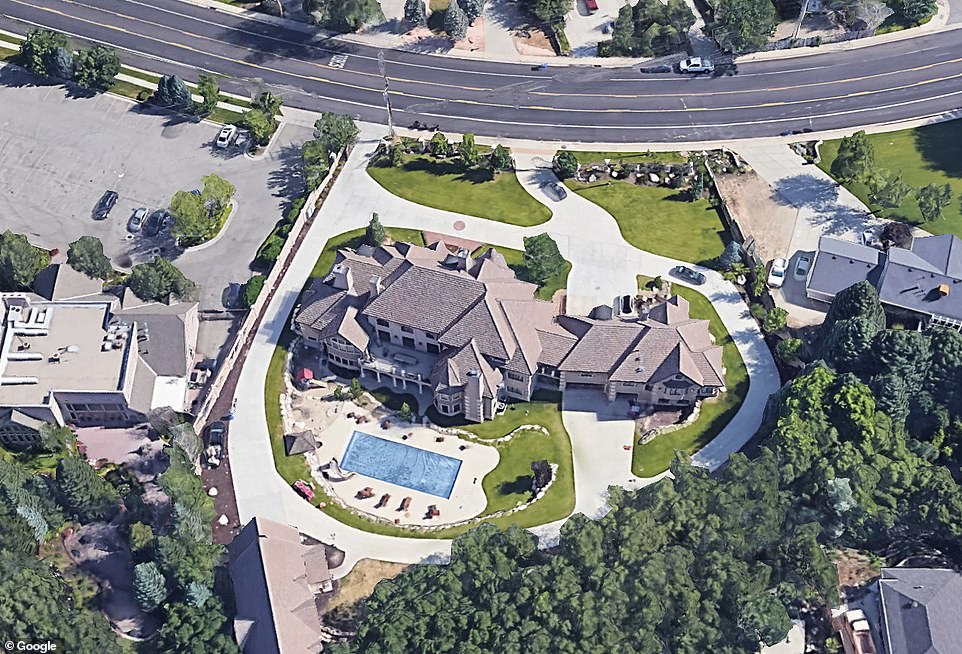 Big-amy: Jacob and Isiah used the money they made off their scheme to buy over $20M worth of property in Utah (Jacob’s massive home in Sandy, Utah, where-he erected two additional dwellings after purchasing the property and expended the driveway) 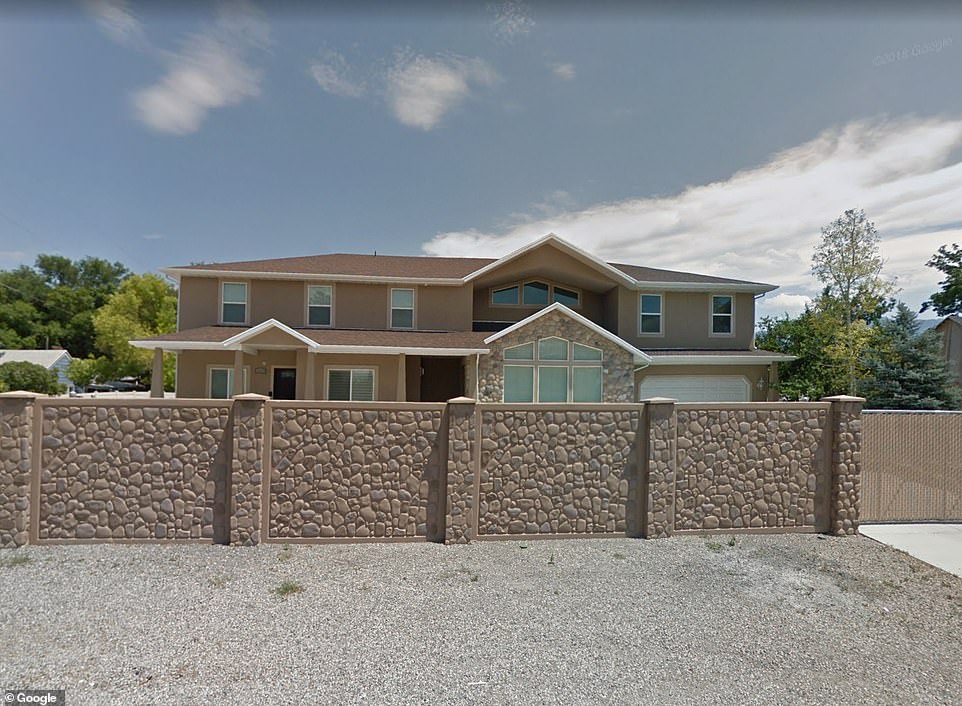 Build that wall: A more modest home in Salt Lake City (above), surrounded by a wall that was quickly erected around the property after the purchase 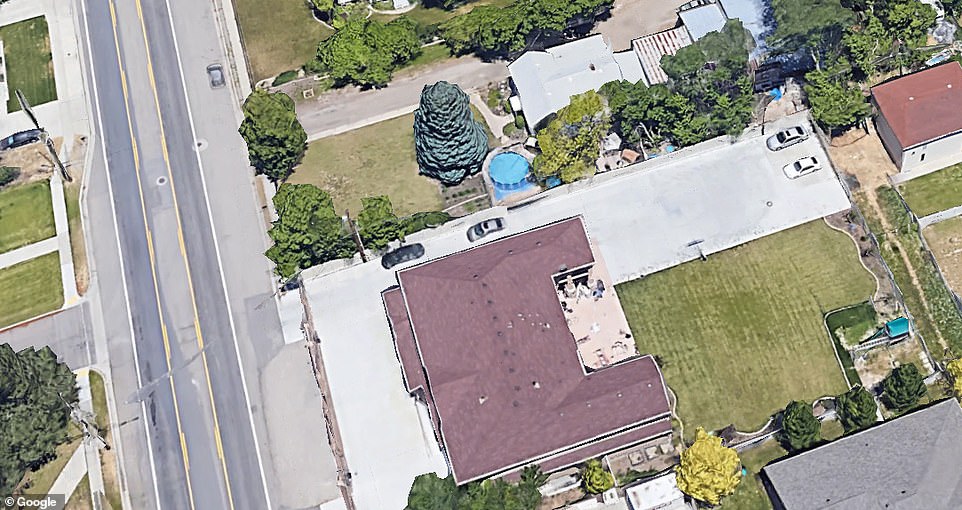 Lots of lot: The massive parking space, which was added by paving over the grass, at the Salt Lake City home (above) 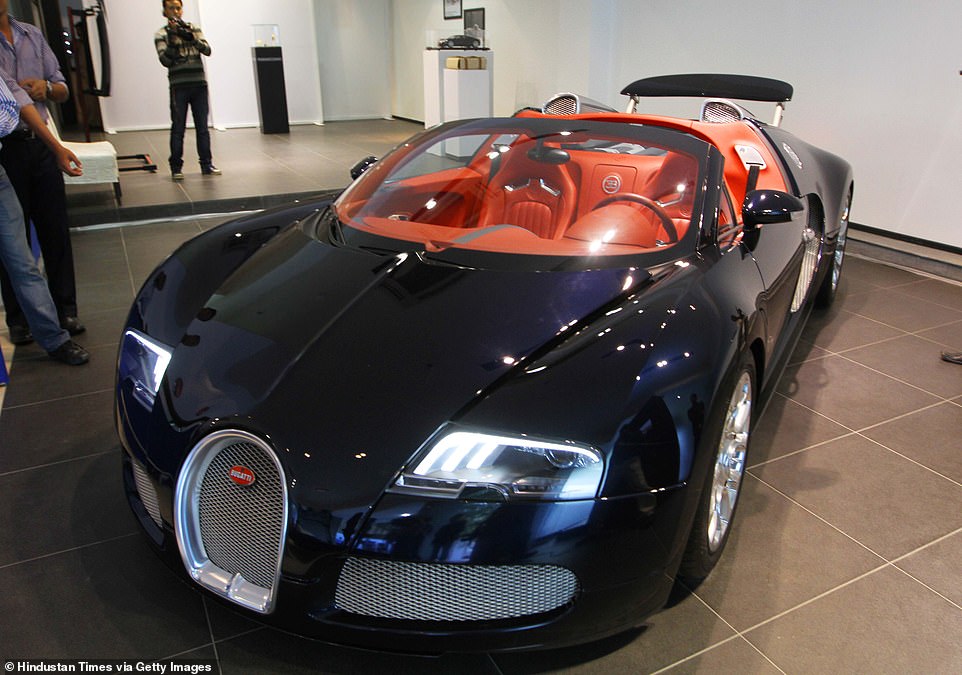 Britney-approved: The most notable of the cars purchased by the pair was a 2010 Bugatti Veyron, which cost $1.72 million (file photo above)

Jacob was first arrested back in August as he and Sally tried to board plane to Turkey with their family, where the brothers had allegedly been promised safe harbor by President Recep Tayyip Erdoğan.

Court document saw that Jacob had funneled $135 million into the country, with some being put into an account in his name and the rest going to the government, who in turn promised to not honor any request for extradition by the United States.

That is why both men have remained in jail without bail since August, with the judge in the case agreeing that with their money and ties to Erdoğan, the men are a flight risk.

On Tuesday, Rachel was indicted on five charges including: conspiracy to commit mail fraud; conspiracy to launder money;  two counts of money laundering; and destroying records.

The two women were allowed to return home that day after agreeing to surrender their passports.

The extent of the brothers’ holdings were revealed in the indictment filed earlier this week, which detailed the property that would be forfeited by the family if Jason and Isaiah were convicted.

That list started of with two commercial and 18 residential properties, including two massive compounds.

Aerial views show that a large perimeter fence and additional dwellings have been built on the property in the years since it was sold.

There is also a parking-lot sized driveway that could easily fit 20 cars running alongside the property, which is situated between another mansion and an upscale wedding venue.

There is also a more modest home worth just over $1 million in Salt Lake City.

That property is also surrounded by a large perimeter wall  and has a massive parking lot that runs alongside the property.

The 10-bedroom, 6-bath dwelling measures 7,234 square feet and was purchased by the family in 2013, who then commissioned the wall surrounding the property  and expanded the driveway. 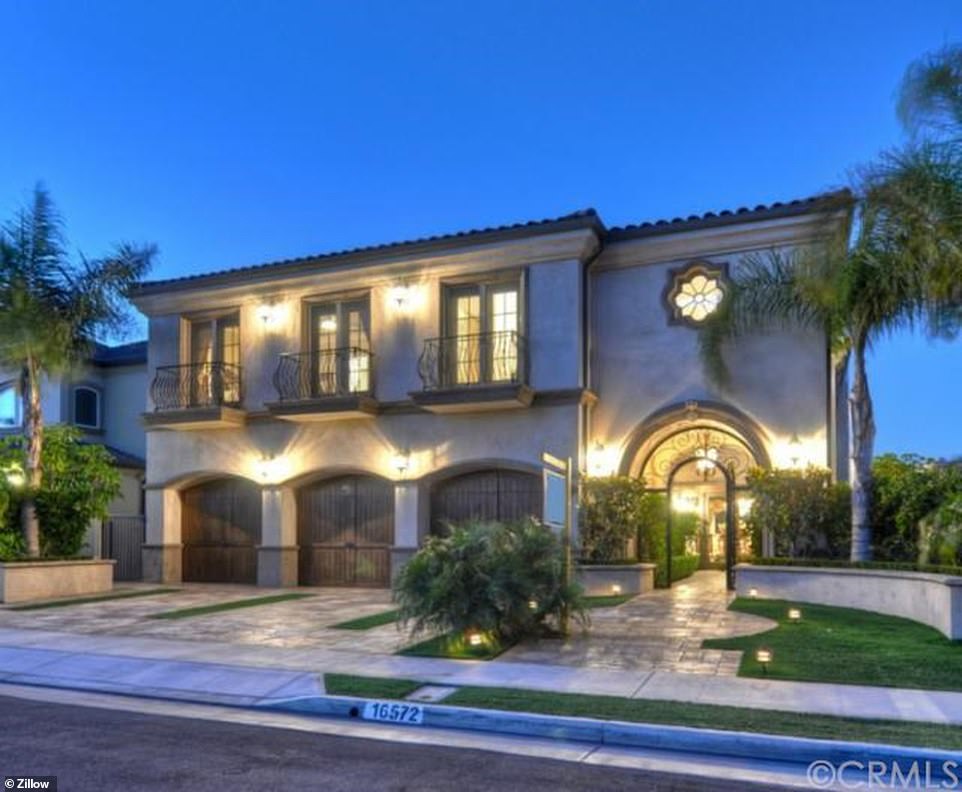 California love: The brothers also spent $4 million on a beachfront property in Huntington Beach (above) 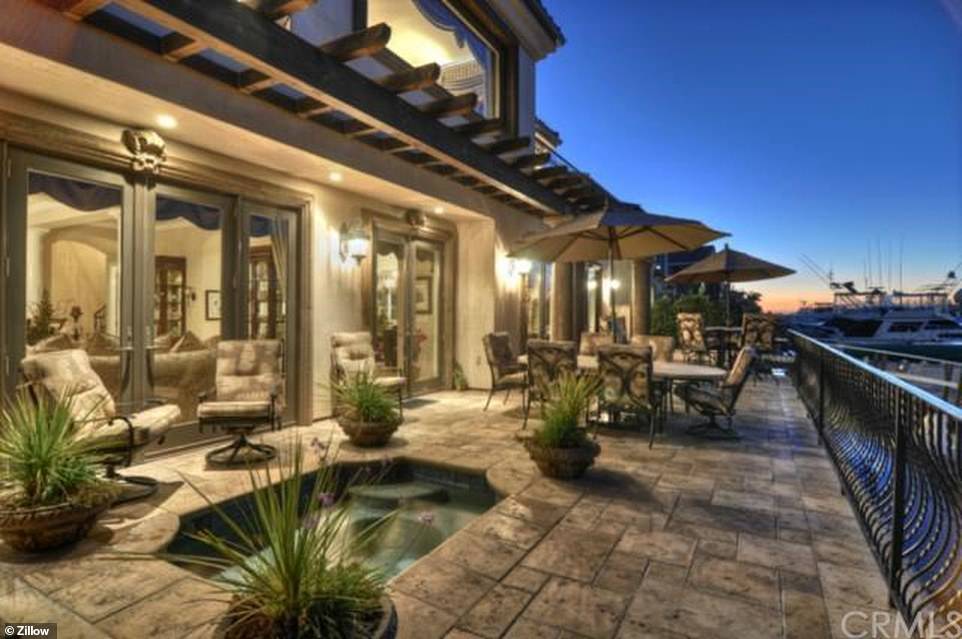 Laguna day saints: The four-bedroom, five-bath home is just up the coast from Laguna Beach and framed by custom windows in the front that offer views straight through the home to the harbor 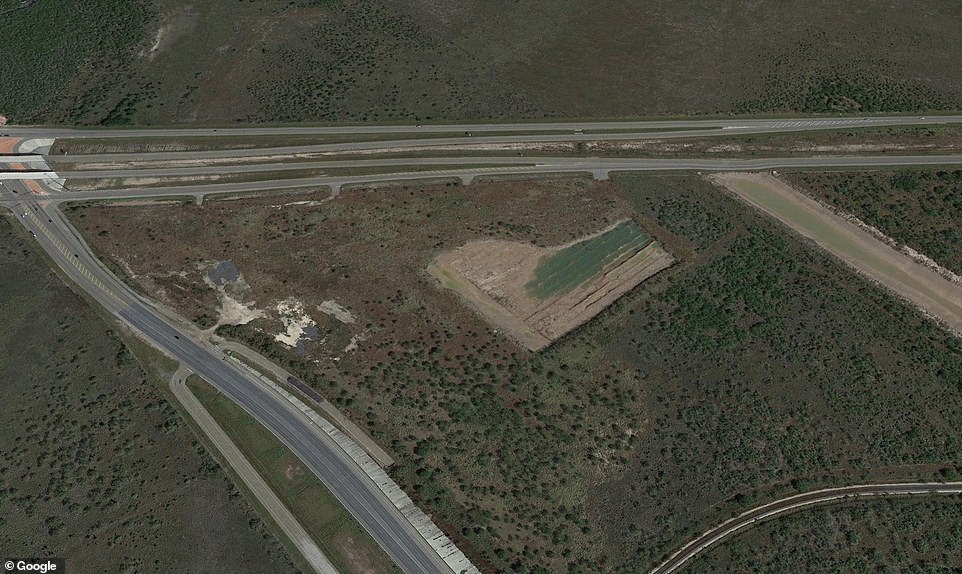 Southern border: A large plot of land was purchased by he brothers in Brownville, Texas (above) but has never been developed 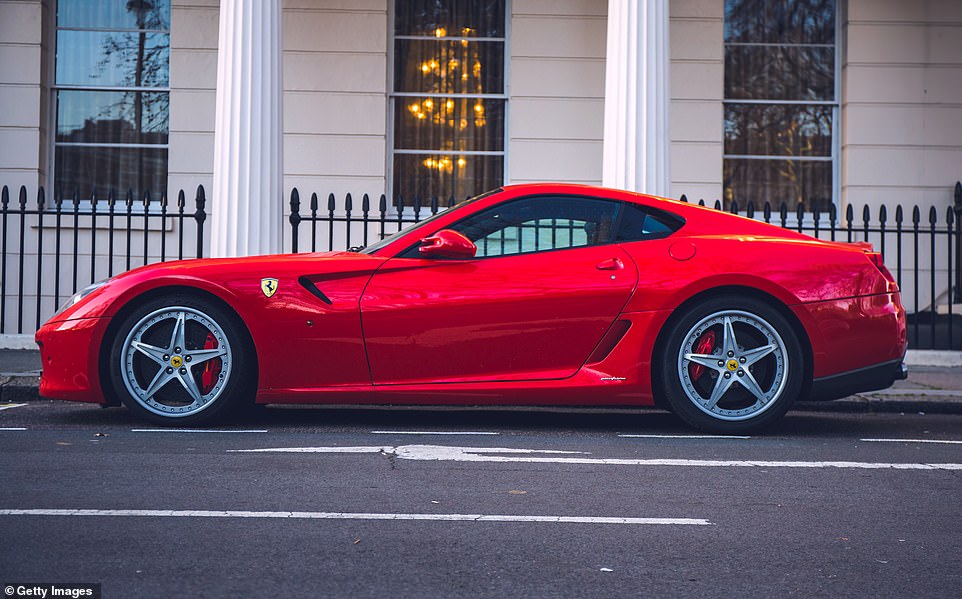 Fast and felonious: The men also splashed out $7 million on a number of luxury cars, including a 2007 Ferrari (file photo above) 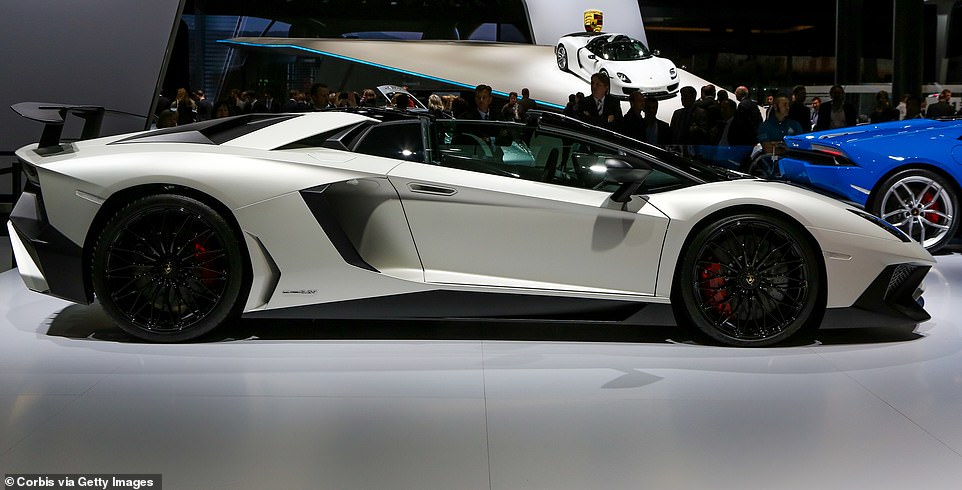 White power: The laundered money also allowed the two members of the white supremist group to purchase a 2015 Lamborghini Aventador (file photo above) and a 2008 Lamborghini Murcielago

The other properties are far more modest and scattered throughout Utah with the exception of two.

There is a large plot of land in Brownsville, Texas that the brothers own, and an oceanfront pied-à-terre on the very exclusive Gilbert island in Huntington Beach, California.

That property is worth $4.5 million, and is a far cry from the more traditional homes the two own back in Utah.

The four-bedroom, five-bath home is framed by custom windows in the front that offer views straight through the home to the harbor.

Inside, there are polished, travertine-stone floors, 11-foot high ceilings and a ven a courtyard.

There is also a dock slip out back for a boat. 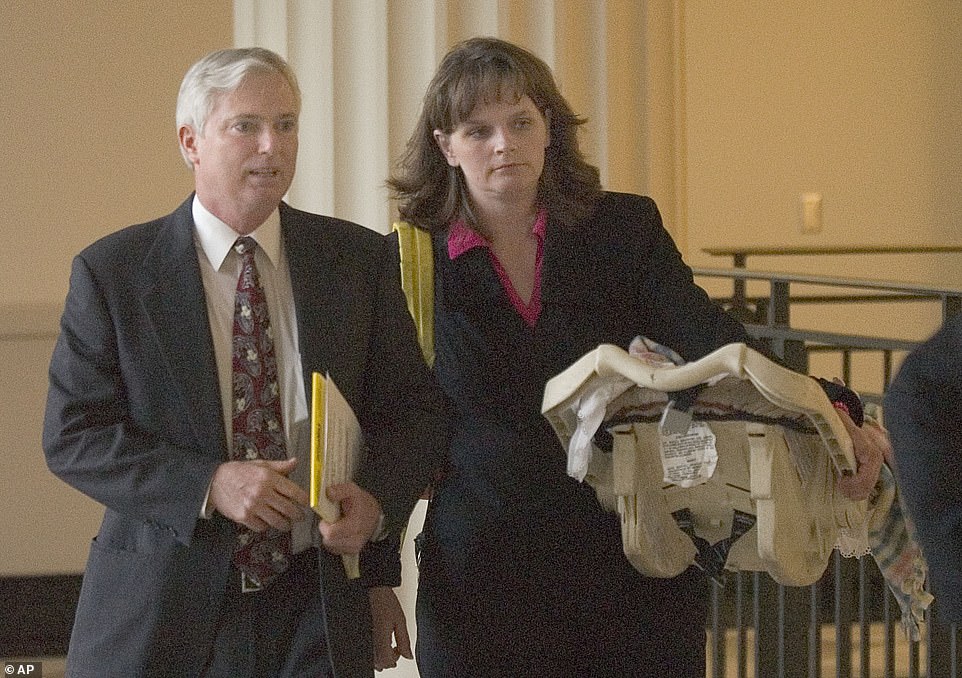 Dad: Jacob and Isaiah are the sons of John Daniel Kingston and his cousin Rachel, two of the highest-ranking members of The Order (John and his wife Heidi in 2004) 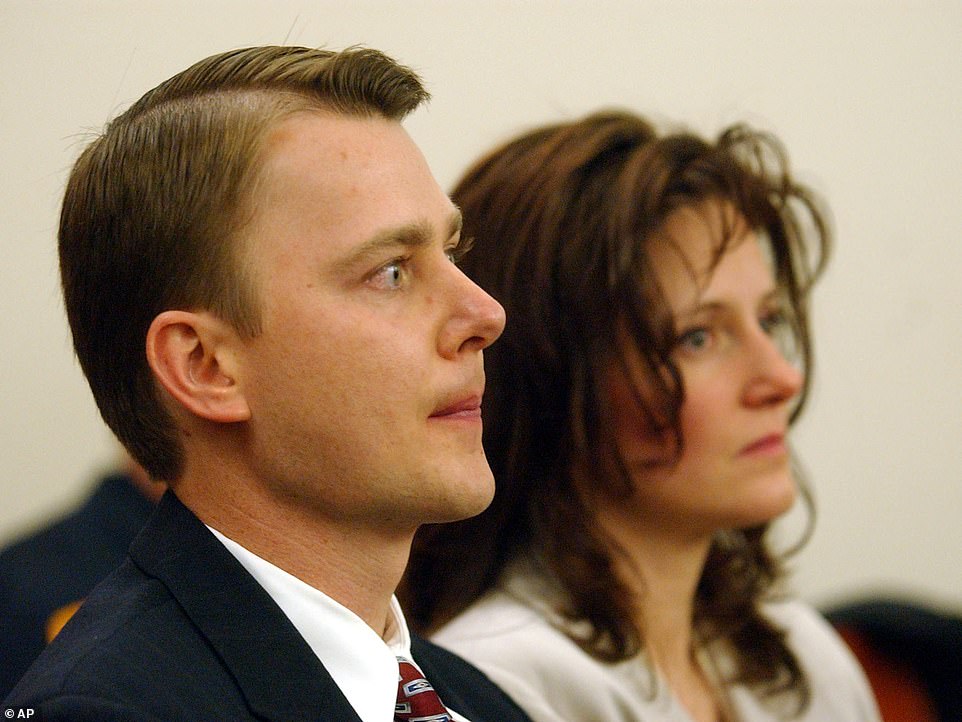 Cousin: Jeremy Kington (with wife Benny above) was convicted of incest after marrying his cousin and aunt LuaAnn, who was just 14 at the time 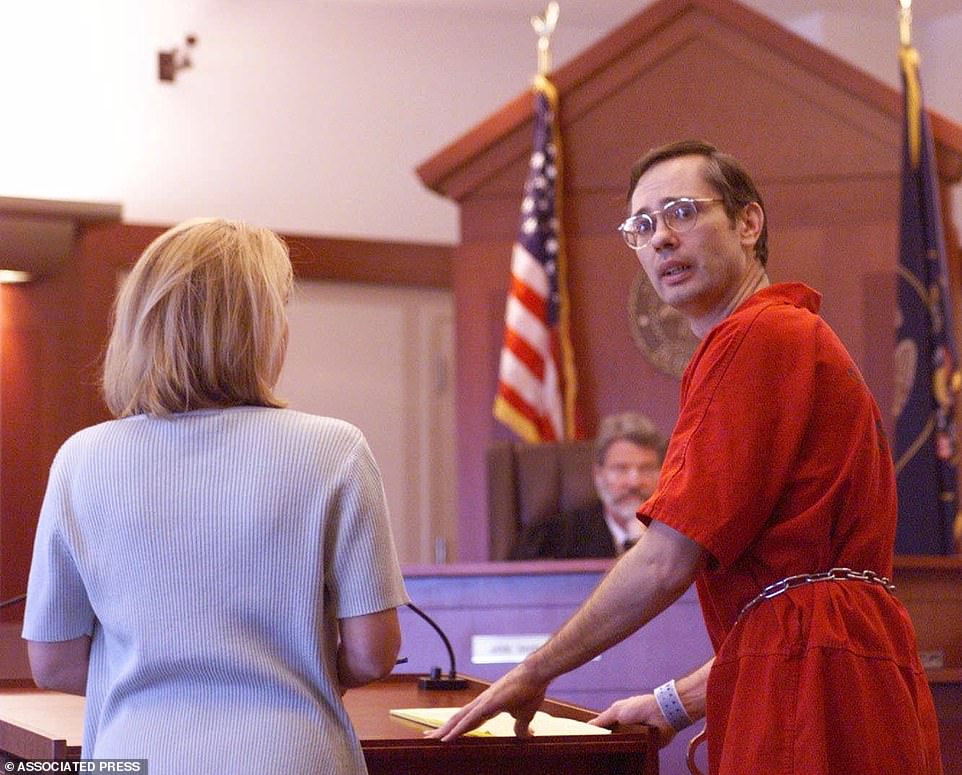 Uncle: David Kingston (above in 1999) served time in jail for forcing his neic to marry and have sex with him, a decision that was supported by Jacob, Isaiah and their father

It was not just real estate that the men dropped millions on either, with court documents showing that the two also spent a fortune on cars.

The laundered money also allowed the two to purchase a 2015 Lamborghini Aventador, a 2008 Lamborghini Murcielago, a 2007 Ferrari 599 and six Kenworth T660 trucks.

There has been no word from The Order since the arrests, which is not a surprise given the secrecy of the group.

Jacob and Isaiah were two of he most visible members due to their executive positions at the clan’s biodiesel company.

The U.S. Attorney’s Office for Utah has stated that the men are also incredibly connected, and employed mafia-like tactics to silence victims.

It is also suggested that the men had a network of informants in court docs, which reveal Jacobs and Isaiah were tipped off before a 2016 raid by federal agents.

They have pleaded not guilty to charges alleging they created false production records to obtain renewable-fuel tax credits and then laundered the proceeds.

Meanwhile, The Order continues to find ways around the law that allow for cousins to marry one another and brides to be wed at 15.

All the marriages between cousins in the group have been performed in Colorado, where the practice is legal, and teenage brides who are not yet 16 wed in Missouri, where 15 is the age at which an individual can marry.