London: Joe Biden's election to the US presidency is a "gamechanger" for Britain and the West in addressing global security, Labour's foreign spokeswoman Lisa Nandy has declared.

Nandy said Biden's victory opens the door for the United Kingdom, a view at odds with the prevailing narrative in Britain that his presidency would spell trouble for Boris Johnson because of the Conservative leader's role in bringing about Brexit. 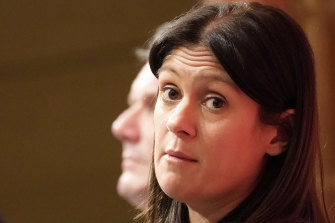 Johnson has sought to play down perceptions that his Brexiteer pedigree made him a closer-than-normal ally of President Donald Trump who has always been an unpopular US leader in Britain.

Nandy told the British Foreign Policy Group that the Democrat's win presented opportunities for Britain that a second-term Trump presidency could not.

"I do see scope for cooperation with the Biden administration not just based on interests but on values,' Nandy said.

"There is no question in my mind that this is a gamechanger for the United Kingdom if the government handles this right. The door is open.

"There may be real disquiet about Boris Johnson at the senior levels of the Democratic party but Biden is a pragmatist and he is pro-British and he will want to work with us," she added.

Before the election, Biden warned Britain against compromising the Good Friday Agreement amid concerns the UK could walk away from trade talks with the European Union and formalise Brexit on the most economically disruptive terms possible at the end of the year.

The intervention was seen as a major coup by the Irish who are concerned that a failure to secure a trading arrangement between Britain and the EU — the latter of which Ireland is a member — will create a hard border with Northern Ireland, violating the peace agreement and potentially serving as a catalyst for violent unrest.

Biden has Irish roots and last visited the island as vice-president in 2016, there is speculation he could make Ireland his first destination for a state visit as president. 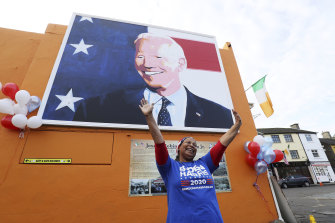 Johnson clamoured to be the first European leader to place a phone call to the President-elect and stressed their shared commitment to net-zero climate change goals. Biden raised the Good Friday Agreement with Johnson during their call, according to a statement issued by the Biden-Harris transition team, although Downing Street did not mention it.

Nandy said the Trump administration had not been fruitful for Britain because he had withdrawn from the Iran nuclear deal, the Paris climate agreement, the World Health Organisation and the "aggressive" and "transactional" pursuit of his America First posture had often morphed into an "American Only" policy.

Nandy pointed to the US refusal to allow Britain to bring to justice Anne Sacoolas – the wife of a US diplomat – who killed 18-year-old British teenager Harry Dunn while driving on the wrong side of the road in Northhamptonshire in August last year.

"It's not been a fruitful relationship," she said. The lesson of the Trump administration was that Britain needed to have strategic independence regardless of who was in the White House.

But the so-called special relationship would remain central to Britain's national security, something she said would be integral to a future Labour government's agenda, partly due to China's rise which she said posed more complex challenges for Western governments than even the Cold War.

"Certainly in my lifetime, the world has never felt more insecure," the 41-year-old said.

"If you look at China there's clearly an agenda to be built with China with climate change and yet we've got to be able to take on China's record on human rights and democracy and the rule of law."

Understand the election result and its aftermath with expert analysis from US correspondent Matthew Knott. Sign up to The Sydney Morning Herald‘s newsletter here, The Age‘s here, Brisbane Times‘ here and WAtoday‘s here.