Pregnant hairdresser, 21, will give birth behind bars after killing boyfriend in crash when she boasted she could ‘beat the sat nav’ and get home in 10 minutes

Megan Wagstaff (pictured), 21, caused the death of Harry Jenks, 21, when she ploughed her Seat Ibiza into a tree following a night out on March 25 last year

A pregnant woman who killed her boyfriend in a horror crash after boasting she could ‘beat the sat nav’ will give birth behind bars after being jailed for two-and-a-half years.

Megan Wagstaff, 21, caused the death of Harry Jenks, 21, when she ploughed her Seat Ibiza into a tree following a night out on March 25 last year.

A court heard prior to the collision the car’s sat nav had told her their journey would take 25 minutes and Wagstaff bragged: ‘Well we’ll do it in ten.’

But the hairdresser lost control on a double bend and the vehicle took off and smashed into a tree, killing her boyfriend of two weeks in the back of the car.

Ambulance crews dashed to the scene in Atherstone, Warwickshire, but were unable to save Mr Jenks, a business management student at Aston University.

Wagstaff, from Sutton Coldfield, West Midlands, previously denied causing death by dangerous driving after claiming she had only been doing 30mph.

She later changed her plea to guilty and was jailed and banned from driving for six years and three months at Warwick Crown Court on Friday.

The court heard Wagstaff was pregnant and expecting her first child with her current boyfriend in September.

Sentencing, Anthony Potter told her: ‘The sad fact is that there is nothing I can do by way of sentence that can possibly reflect the loss of Harry Jenks to his family.

‘Motor vehicles of all sorts, if not driven with care, constitute lethal weapons. You were overconfident on a road you knew well, and ignored warning you were given. 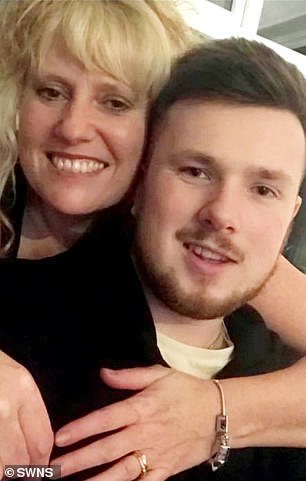 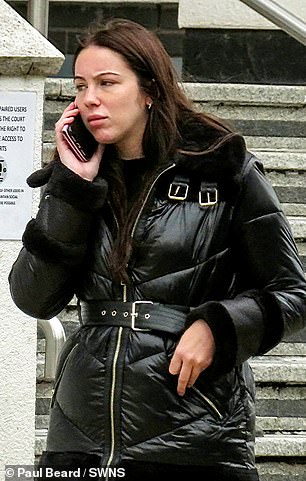 Ambulance crews dashed to the scene in Atherstone, Warwickshire, but were unable to save Mr Jenks (left, with his mother Dawn), a business management student at Aston University. Right: Wagstaff

‘On being told how long the satnav system said it would take for that journey, you made a boast that you would be able to do it in less than half the time.

‘I am quite satisfied you took that as something of a challenge, and it led you to drive far too quickly for the road conditions where the road surface was damp.

‘It is regrettable that when you were interviewed you did not tell the truth.

‘I’m not satisfied you were exceeding the speed limit, but you were doing well in excess of what was appropriate on that road in the circumstances.’

Prosecutor Antonie Muller said Mr Jenks, of Burntwood, Staffordshire, ‘was 21 years of age when he lost his life in the early hours of 25th of March 2019.

‘The car he was a passenger in was being driven by this defendant. It left the road and collided with a tree.’

Mr Muller said at 1.40am Wagstaff was driving on the B4116 Coleshill Road with her friend Poppy Daniels in the front and Mr Jenks in the back seat.

The three of them were heading to Coleshill, Warwickshire, and when they got in the car Miss Daniels had asked how long it would take. 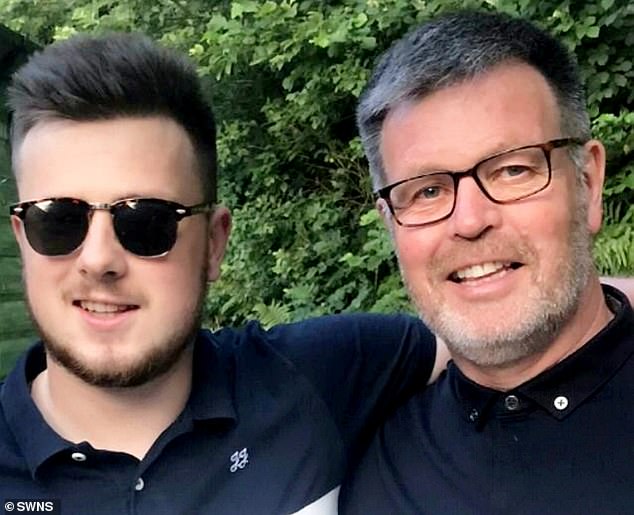 Mr Jenks is pictured with his father Nigel. Mr Jenks’ mother Dawn said in a statement read in court his death had left her feeling suicidal

The Seat’s satnav indicated 25 minutes before Wagstaff boasted that she could do it in ten minutes.

Mr Muller added: ‘She certainly drove like that, and was told by both Poppy Daniels and Harry Jenks to slow down.

‘She did not, and moments before she lost control, she took her eyes off the road.

‘That road is a single lane in either direction, with solid white lines in the centre. It is not a straight road.

‘There is a distinct turn in one direction and then in the other, and it was the second turn she failed to take.’

‘She noticed the right-hand bend but was going too fast to negotiate the immediately following left-hand bend, mounting the kerb and striking a tree in mid-air with the off-side rear of the car.’

Mr Jenks was pronounced dead at the scene by paramedics while Miss Daniels had a bleed on the brain and other injuries and was in hospital for almost a week.

Mr Jenks’ mother Dawn said in a statement read in court his death had left her feeling suicidal.

She said she has to rely on antidepressants and sleeping tablets, adding: ‘There are no words to describe the pain we are going through.’

Lewis Perry, defending, said: ‘It is a tragic case, as everyone in court will appreciate, for all those involved – particularly for the deceased’s family, but also for Miss Wagstaff herself.’

He said she had suffered significant mental health issues since the incident and had received counselling, adding: ‘I submit that a suspended sentence would be proportionate.’