His illustrious forebear defeated the French at Waterloo – but this Duke of Wellington led a Lords’ attack on Brexit: QUENTIN LETTS on why this House looks ripe for the abattoir

There was once a time when the Duke of Wellington was a title to inspire feelings of the most purple British pride.

The first duke was a tremendous thumper of the French, the victor of Waterloo, later prime minister, a man of Albion beyond question. His bootship. Great man.

But yesterday one of his successors, the ninth duke, markedly less martial, led another of the House of Lords’ pinprick rebellions against the Government on Brexit.

This latest one was on the date, in law, under which we will leave the EU.

At present that date is March 29, 2019. Some of us are already preparing tremendous booze-ups for the day. But not this damn duke. He wanted the date removed from the statute books.

He hated the idea of such certitude. How vulgar it was. ‘A straitjacket.’ 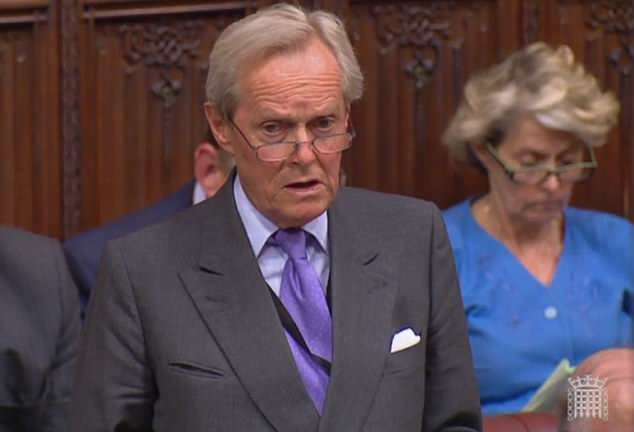 Couldn’t see the point of the thing. And so he helped bring about another defeat for Theresa May and her ministers. And us.

Let us put to one side for a moment, with the air of a clubman keeping his juiciest bites of sausage to the end of his dinner, the persona of the duke himself.

What of the Lords? What of the pro-EU gang who have been using the Upper Chamber as their vehicle in recent days?

Yesterday the Chamber was not particularly full. The usual suspects were there – those who spoke on the duke’s little rebellion included that interminable Euro-groupie and former diplomat Lord Hannay, and his fellow crossbencher Lord Butler, once cabinet secretary.

There may have been many more who voted when the House divided, but the actual debate was under-attended.

Most peers know where they stand on Brexit, and it is not on the side of the majority who voted in the 2016 referendum.

They were elsewhere on the parliamentary estate yesterday. I bet the bars were doing brisk business. 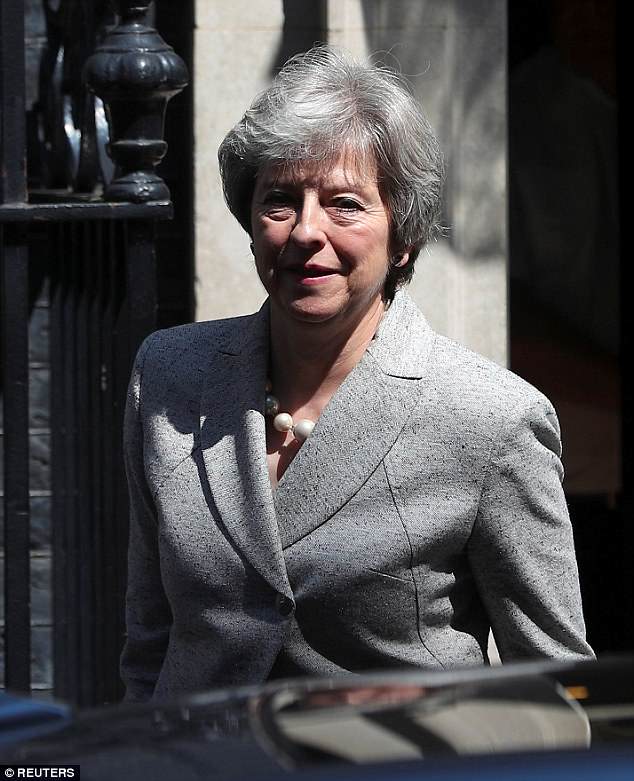 He helped bring about another defeat for Theresa May (pictured) and her ministers. And us

And so we come to the Duke of Wellington, nominally a follower of the Tory Whip but, on this issue, happy to ignore his political affiliation in favour of his apparently stronger loyalty to the European Elite Party.

I merely note that his duchess, Antonia, is a Princess of Prussia. He himself, Charles Valerian Wellesley OBE, DL, with more titles than a champion boxer, after schooling at Eton, has had a business career, home and abroad.

He is a member of Portugal’s Order of Merit and he holds the Grand Cross of the Spanish Order of Isobel the Catholic. Ole! 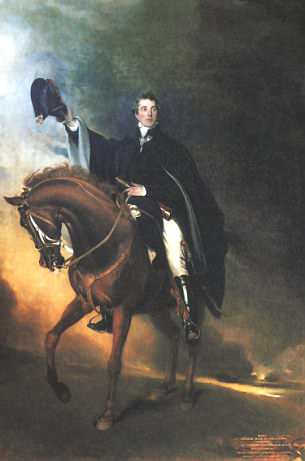 The first Duke of Wellington (pictured) was a tremendous thumper of the French, the victor of Waterloo, later prime minister

Where once his illustrious forebear wore battle colours and carried a riding crop, this silk-suited patrician, purring in a voice that was pure gin and French, put it to their lordships that he was merely ‘trying to help the Government and not in any way to thwart’ Brexit. Noo noo, of course not. Dear heart, the thought never crossed our minds.

He argued simply that it was a frightful bind for ministers to have to work with the burden of this set date for our departure. How much more they could achieve if that date were not there!

Lord Butler, from what I could understand, sought to suggest that dropping the date might actually allow Brexit to be delayed for ever, but the duke did not want to pursue that idea.

Eurosceptic opposition came from Lord Grocott, a Labour peer who has had to put up with some pretty bad heckling in recent months (his party colleagues at the far end of the Palace of Westminster hate him for siding with the voters).

He recalled Parkinson’s Law, which states that ‘work expands to fill the time available’ and he suspected that the Europhiles were merely attempting to hold up Brexit.

His voice went unheeded and the duke’s dismal little delay was approved by a House that, with every day, looks riper for the abattoir.

Does this sort of thing help the Remainers? To have an hereditary peer, one of the most blue of all blue-bloods, helping their cause? I suspect not.