Prisoners armed with table legs also turned on each other. 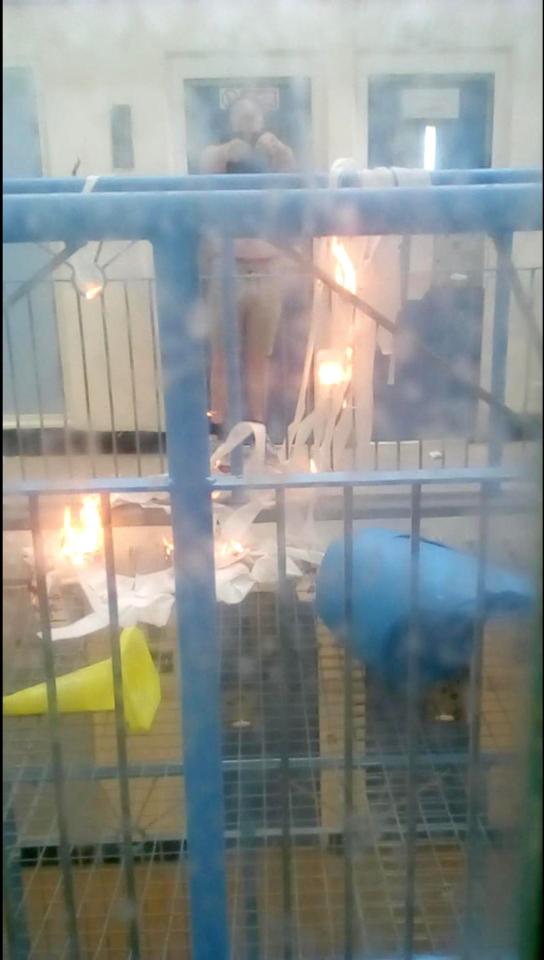 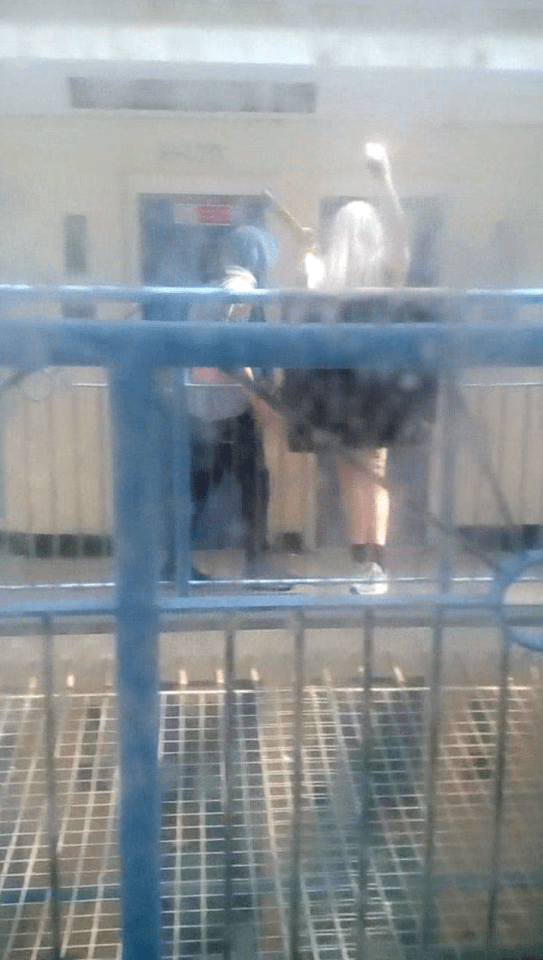 The mob took over a landing as officers waited on the floor below for back-up at the jail.

Footage obtained by the Sun shows inmates taking makeshift weapons to lights and CCTV cameras and setting fire to toilet roll and bedding.

Other clips filmed on a mobile phone show drug-addled cons walking around aimlessly with bloodied faces after brawling amongst themselves.

One had his head split open. 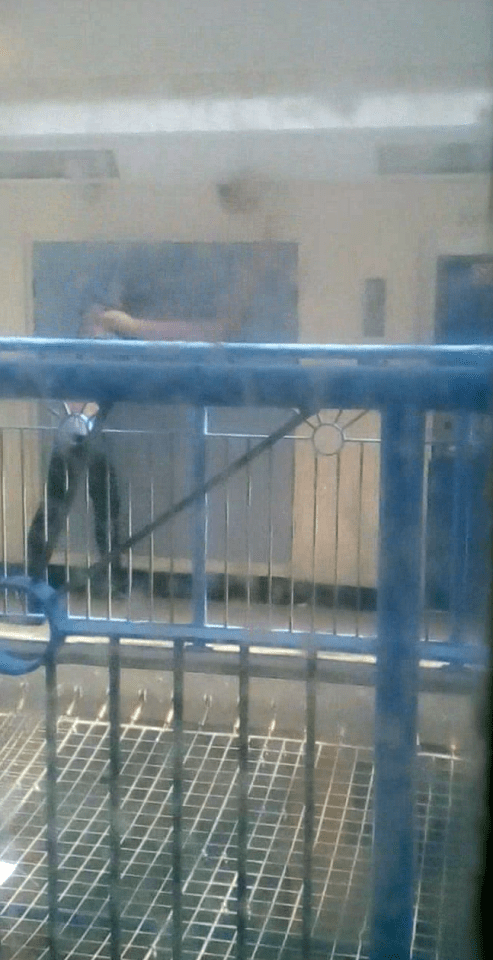 Sources said inmates were protesting after water taps had been turned off for days. One also claims he had been assaulted by officers.

An insider said: “This has been threatening to happen for weeks.

"About seven inmates were smashing things up and burning stuff.”

The source said new young staff recruits were struggling to cope with the onslaught.

The Ministry of Justice refused to confirm the location of the rumble.

Another mini-riot broke out at Lewes jail, East Sussex, yesterday. A Prison Service spokesman said: “Staff resolved an incident involving four prisoners at HMP Lewes. There were no injuries to staff or prisoners

“We are clear that this behaviour is completely unacceptable and will push for the strongest possible punishment.”