Santa Clarita shooting – Hunt for ‘teen’ in dark clothes who opened fire in his school, ‘injuring seven including kids’ – The Sun

A HUNT is underway to catch a teen gunmen who opened fire in his own school, reportedly leaving up to seven injured.

The suspect was described as an Asian male student of Saugus High School, aged 15-16 and wearing black clothing, by cops in Santa Clarita, California. 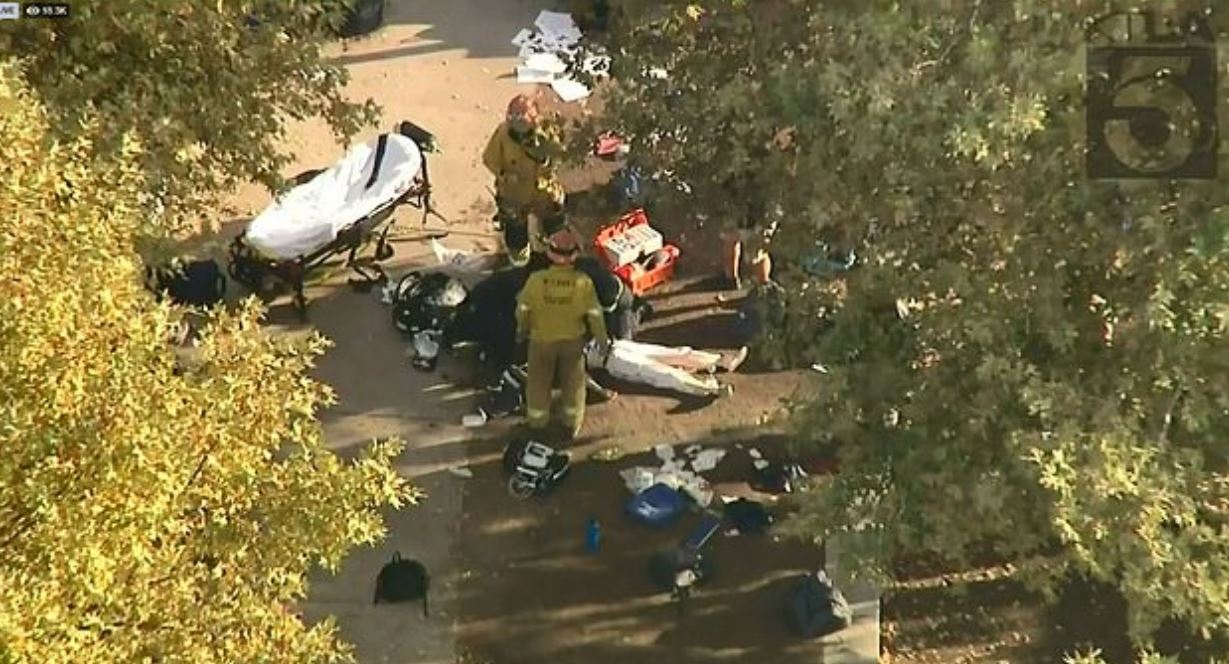 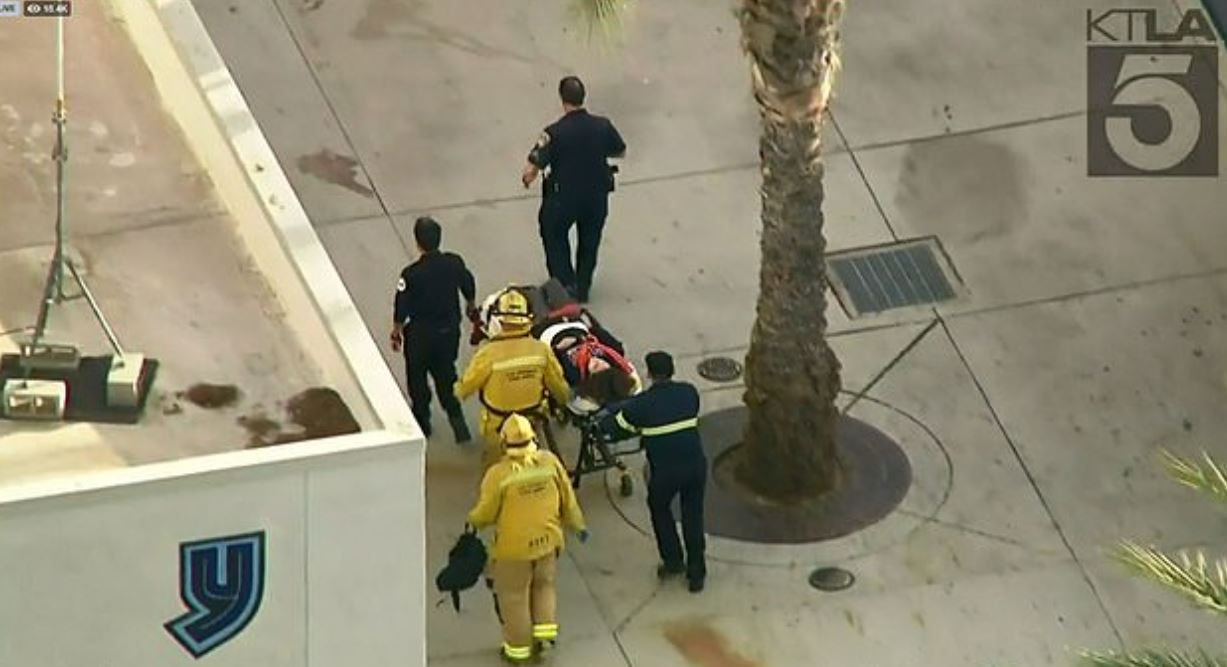 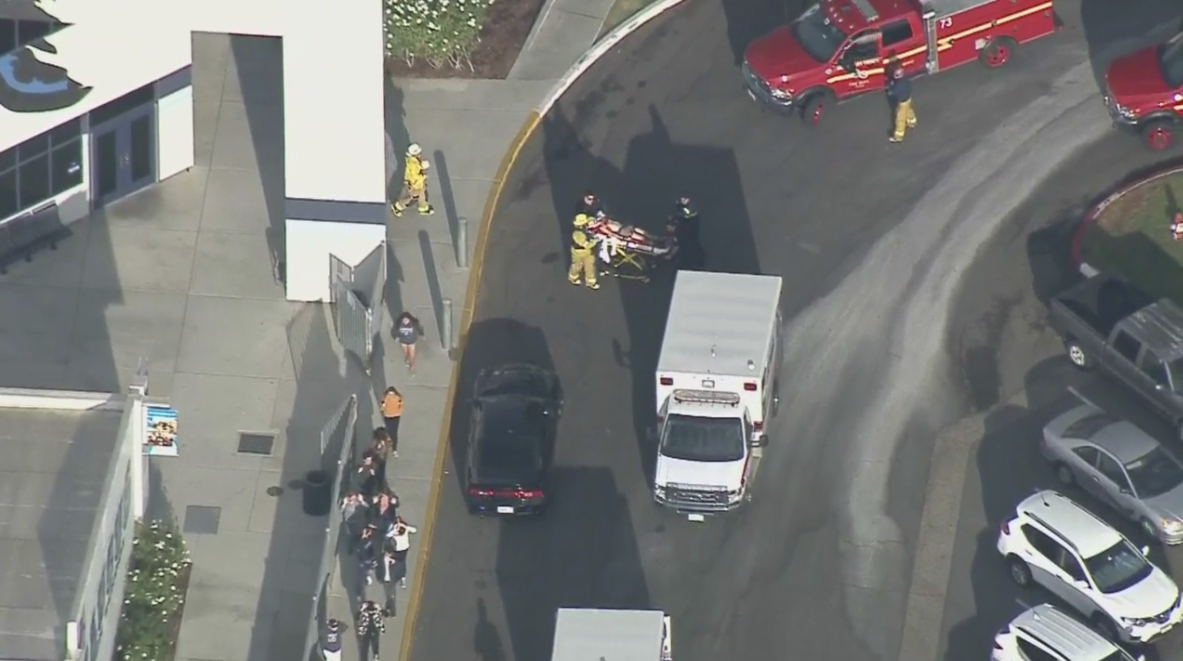 LA County Sheriff's Department (LASD) responded to reports of shots being fired at the school at around 7.40am local time.

At least six people have been hospitalised, two of whom are said to be in a critical condition, NBC Los Angeles reported.

It is not clear how many were wounded by gunfire or other injuries, but it is believed that some of the victims are students.

A weapon has since been recovered by police, it's currently unclear whether the shooter had any additional weapons.

ONE SHOT IN THE ABDOMEN

Helicopter footage from the scene showed one person being taken into an ambulance via a stretcher.

At least one person was shot in the abdomen, according to Los Angeles Fire Department.

Santa Clarita Valley Sheriff's Station tweeted: "We have fire on scene and multiple units responding from other sheriff’s stations to assist."

"This is still a very active situation. Reports of approximately 5 victims being treated.

"Parents, deputies are on scene everywhere protecting your children."

Aerial footage showed pupils being evacuated with a police escort, the high school has more than 2,300 students.

A mother of one student told KTLA that her daughter witnessed a girl burst into her classroom after she was shot.

She claimed that other students immediately sprung into action to stop the bleeding.

Riley, a pupil at the school, said she started running after hearing five gunshots while hanging out with friend near to the library.

Police are still looking for the suspect, who may be hiding in the woodlands surrounding the school.

They have also been seen surrounding a home, which may be linked to the suspect.

Our mission is to not only locate and arrest the suspect but protect others from harm.

The SWAT team have been deployed as part of the plan to apprehend the suspect.

Tim Murakami from LASD wrote: "Our mission is to not only locate and arrest the suspect but protect others from harm.

"Please pray for the recovery of the victims and the safety of the responding deputies."

Police are currently looking for one male, but are investigating all leads and interviewing witnesses from the school for more information.

Murakami previously tweeted: "Will be locking down area schools. Advise residents to shelter in place and report any suspicious activity."

All schools in the William S Hart district were put into lockdown "as a precaution," LASD wrote.

This followed on from both Rosedell and Highland Elementary Schools previously being locked down.

A reunification point for parents has been set up on Central Park in Bouquet Canyon.

Parents have been advised that students who witnessed the shooting will not be released until they have been interviewed. 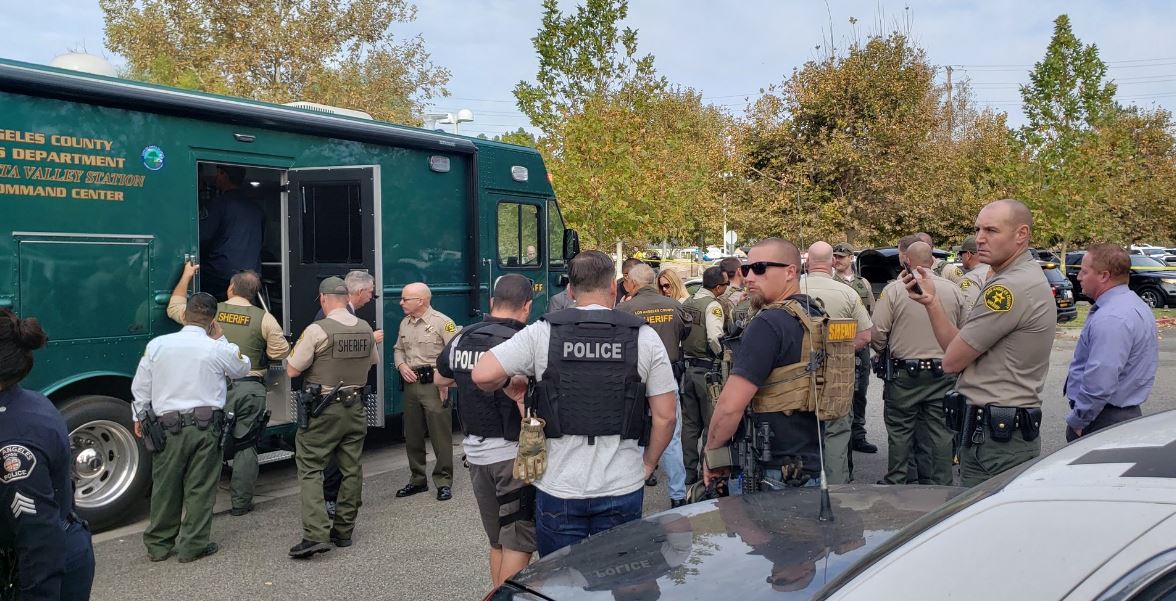 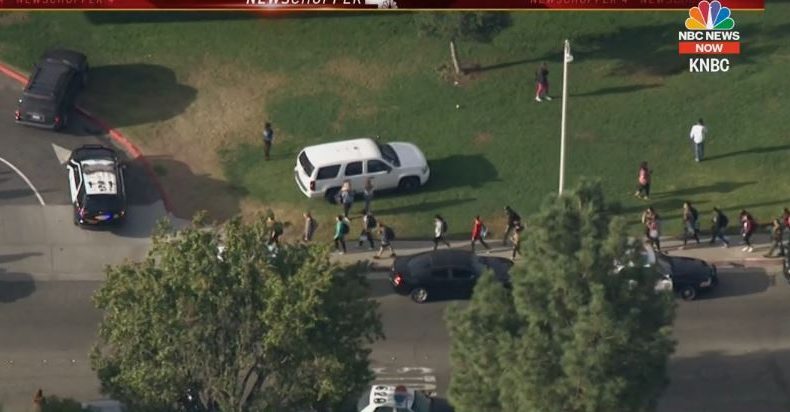 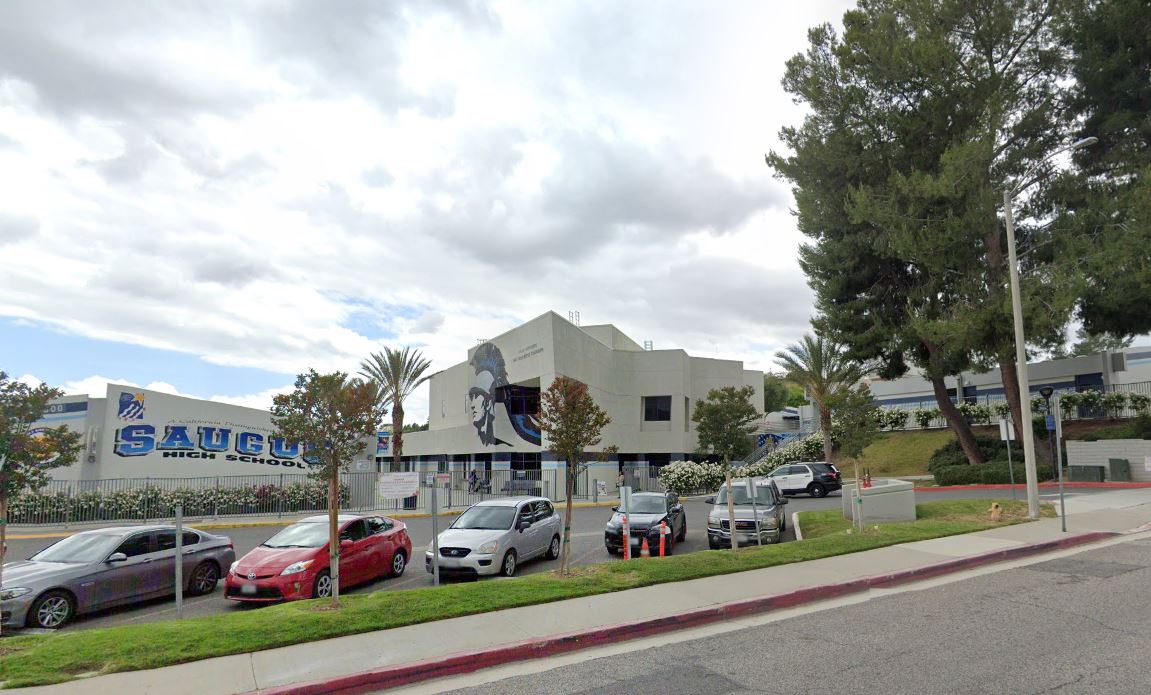