Paris: Attacks from floating pirate states and hackers on soldiers with neural implants are just two scenarios dreamed up by a "Red Team" of 10 leading science fiction writers tasked with helping the French army anticipate future threats to national security.

"Astonish us, shake us up, take us out of our habits and comfort zone," Florence Parly, the French defence minister, told the writers at a Defence Innovation Forum this month.

Many of the "scenarios of disruption" that they have been asked to imagine to challenge military planners are to remain top secret to avoid giving ideas to potential enemies. They were asked to stick to potential threats between 2030 and 2060. 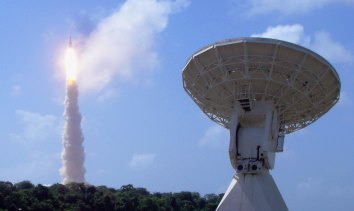 A rocket lifts off from Kourou, French Guiana in 2009.Credit:ESA

However, some scenarios have been made public in recent days.

In one, P-Nation, climate change has led to flooding and swamp-like conditions in many of the world's coastlines. In France, the Dunkirk and Calais area is regularly flooded.

Tens of thousands of nationless climate migrants who refuse chip ID implants live in floating "waterlily cities". France has also become the "default gendarme of the Channel" due to a "weakened Britain" and occupied Netherlands. 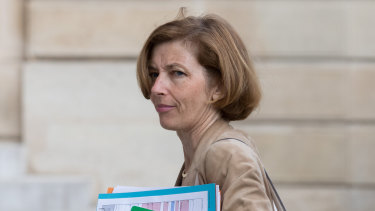 By 2040, the pirates come together to form a floating plastic continent, dubbed P-nation, and two years later launch an attack on Kourou, the current launch zone for the Ariane space rocket in French Guiana.

Romain Lucazeau, one of the team's authors, told Le Point: "Our ability to predict equals zero.

"That said, I'm convinced that a process in which I listen to people who tell me things that I cannot imagine within the bounds of my work can help me prepare for the unexpected."