The Golden State Killer's barrage of rapes and murders began in a gold mining area east of Sacramento in 1976. By 1986, it seemed to have stopped.

With the arrest on Tuesday of Joseph James DeAngelo, 72, who has been charged so far with eight counts of murder, more than 30 years had passed since the last episode in the series. That long period of quiescence seems to fly in the face of the popular belief that serial rapists and killers are incapable of stopping. 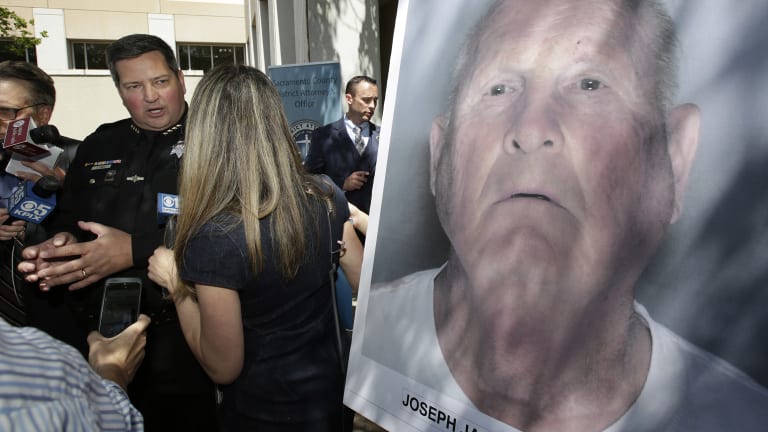 Other killers might have changed behaviour after moving away from the original epicentre of activity. Ted Bundy mutilated and murdered perhaps more than 30 young women in the 1970s. Yet there were stretches along his peripatetic travels when he was not associated with murders in those areas.

In some cases, jobs and families might have stabilised and exacerbating sources of stress might have faded, some experts said.

"Some of these men have little oases of compassion, within the vast desert of their contempt and hatred of women," Stone said.

So far, authorities have not offered any public explanation as to why the Golden State Killer spree, for which DeAngelo was arrested this week, began and continued, much less stopped. But some experts point to the most banal explanation: in 1986, when he was 40, DeAngelo may have aged out.

"The testosterone levels are down," Stone said. "His capacity to perform is weakened," he added, noting that he was merely speculating. The prey drive is lessened.

Mark Safarik, a retired FBI criminal profiler and consultant to crime shows like Bones and The Blacklist, recently worked on a study with academic researchers about older sexual homicide offenders. "They are really rare over age 50," he said. "We just don't see them. Pedophiles over 50, yes. But not rape-murderers."

There is little research on why spree killers desist for reasons other than getting caught. No one knows what has happened to a serial killer of young women on Long Island, New York.

"There has never been a survey of serial killers asking them why they stopped," said Eric Witzig, a retired homicide detective and chairman of the Murder Accountability Project, a database of unsolved murders. "All we have are anecdotal hunches," he said.

Perhaps a victim struggled and spooked the attacker, he said. The killer "might think then, 'maybe I don't want to do this anymore because I might get caught' or, 'I want to stop and reflect on the carnage I wreaked in the past'."

Or, said Dr Bruce E. Harry, a retired forensic psychiatrist with the University of Missouri medical school: "Maybe they get tired or bored and just don't want to do it anymore".

Safarik, the retired FBI crime profiler, was a beat cop in the late 1970s in Davis, California, and remembers being on stakeouts for the Golden State Killer, watching with night surveillance scopes for a man scrambling over rooftops or escaping into nearby fields.

Then as now, police believed that the suspect had military or law enforcement training, which helped him evade detection. One reason the rapist-murderer may have stopped in the late 80s, speculated Safarik, is that he was becoming aware of the ability to collect DNA evidence, left by the most meagre material. The public was becoming familiar with it, he said, particularly through television dramas.

Several experts, underlining the notion that so little is yet known about DeAngelo – including most significantly whether he committed the crimes – wondered whether the criminal behaviour did stop entirely in 1986.

"I would want to look at other rapes and murders in the areas where he lived over time," Meloy said. "I would be skeptical that there was a complete shutdown at age 40."