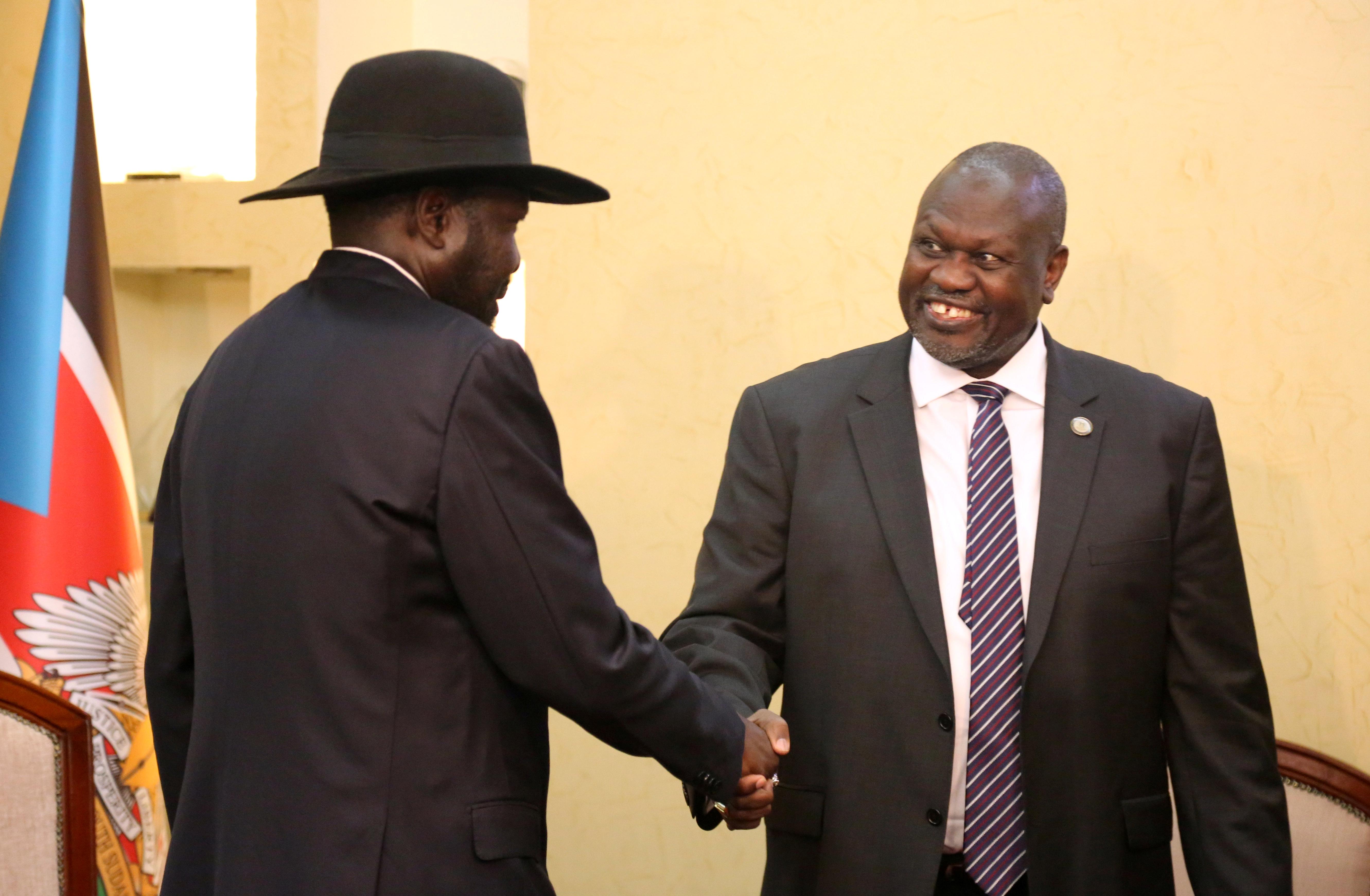 JUBA, South Sudan (Reuters) – South Sudan’s President Salva Kiir said on Saturday he was cutting the number of states from 32 to 10, unlocking a stalled peace deal and paving the way for the formation of a long- awaited unity government.

“The compromise we have made today is a painful decision but a necessary one if that is what brings peace”, Kiir said in a statement. “I expect the opposition to be prepared to do the same.”

The regional group IGAD had given the government until Saturday to find a solution over the number of states the country should have.

Disagreement between Kiir and former rebel leader Riek Machar over the number of states as well as a failure to integrate different fighting forces have been major obstacles to completing the peace process.

“This paves a path forward. The peace deal was stuck. Now the parties will need to complete the negotiations to form the long-awaited unity government,” said Alan Boswell, a senior analyst with the Brussels-based think-tank International Crisis Group.

South Sudan’s five-year civil war erupted soon after the country’s formation in 2011 and created the worst refugee crisis in Africa since the Rwandan genocide.

Kiir and Riek Machar agreed a peace deal in 2018, pressured by the United Nations, the United States and countries in the region.

Under the deal, the two agreed to form a unity government by November 2019. They then pushed then the deadline back by 100 days, prompting Washington to recall its ambassador and impose sanctions on senior officials for their role in perpetuating the conflict.

Tesco limits customers to just ONE item of milk, bread and toilet roll

Yorkshire Ripper moans jail’s coronavirus restrictions are ‘over the top’