Sports Direct to ‘Harrods of the North’ at iconic Frasers building

Sports Direct has vowed to create the ‘Harrods of the North’ after clinching a £95 million deal to buy Glasgow’s iconic Frasers building in a move that saves 800 jobs.

The retailer said it will continue to operate the 350,000sq ft site as Frasers and will invest in the property to ‘further elevate and enhance this iconic department store’.

Plans for its revamp are being driven by its House of Fraser brand, which itself was bought by Sports Direct after collapsing into administration in August.

The company said it is ‘great news’ for the House of Fraser workforce, including the 800 in-store jobs it says have now been saved. 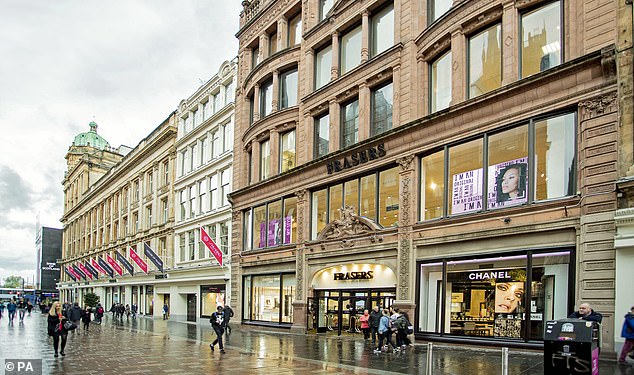 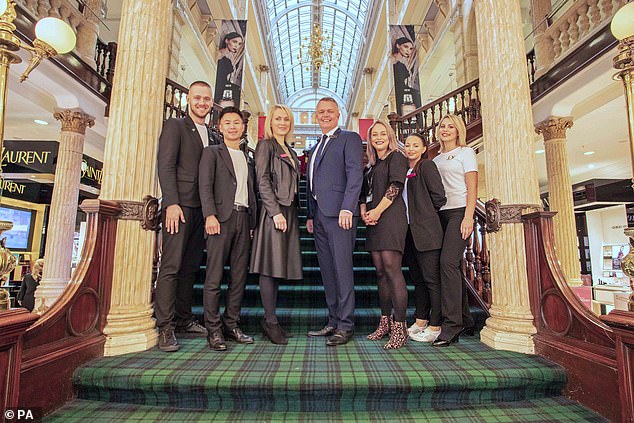 The move is expected to save 800 jobs (the general manager of the Glasgow store is pictured centre with staff). The deal is set to be completed in January 2020 and has been labelled ‘a clear vote of confidence in Glasgow’

The site is being bought from Glasgow City Council, which is the administering authority for The Strathclyde Pension Fund.

The deal is set to be completed in January 2020.

Frasers in Glasgow holds a special place in the heart of the business being the city in which the business was originally founded in at a drapery shop in 1849. 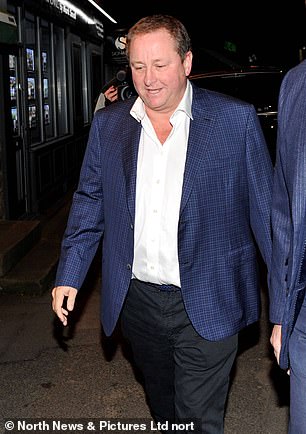 Mike Ashley (pictured), the Sports Direct tycoon, bought House of Fraser out of administration for £90 million in August, claiming that he wanted to turn the department store chain into the ‘Harrods of the high street’

House of Fraser said the ‘Harrods of the North’ vision would be realised with the site continuing to host luxury brand names including Hermes, Christian Louboutin, Prada and Gucci.

Michael Murray, head of elevation at Sports Direct, said: ‘We are overwhelmed and proud to own such an iconic destination.

‘Acquiring the freehold enables us to elevate and invest in the store in order to partner with a broad range of luxury brands in future.

‘This is fantastic news for all parties.’

Susan Aitken, leader of Glasgow City Council, said: ‘A major investment on this kind of scale is a clear vote of confidence in Glasgow, and credit must also go to hundreds of Frasers staff who are absolutely integral to the business’s success and its enduring popularity with city shoppers.

‘With the future of this iconic retailer’s Glasgow presence secured, we look forward to the new owners building on its cherished relationship with shoppers and reputation as a valued city employer for almost 170 years.’

The news comes just weeks after it was announced Mike Ashley had dismissed House Of Fraser’s senior management team.

Among those axed was chief executive Alex Williamson. Chairman Frank Slevin had already stepped down.

Mr Ashley has previously called for an investigation into the retailer’s controversial demise.

House of Fraser has long been on the British high street having been founded in 1849 by Arthur & Fraser at a drapery shop in the city.

Under Fraser’s son – who introduced its famous stag’s head emblem, which was to represent it for nearly eighty years – and grandson, both also called Hugh, the business survived the Great Depression of the 1920s and ’30s.

It bought dozens of rivals and was renamed House of Fraser. It acquired its first outlet in England in 1951 and in 1959 bought Harrods, putting House of Fraser at the top of the retail world. 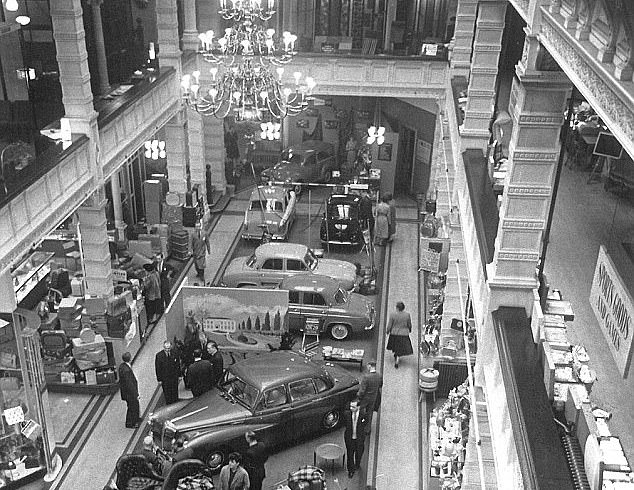 howpiece: House of Fraser’s Glasgow store in the 1960s featured an array of vehicles 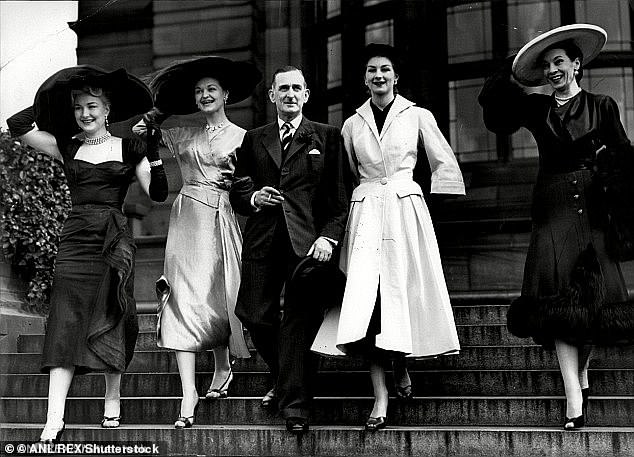 Hugh Fraser 1st Baron Fraser Of Allander, centre, is pictured above with models at a fashion show at Kalvin Hall in Glasgow

Its popularity has continued to decline and now the future of the brand remains uncertain as Sports Direct continues to make changes following its recent takeover.

Who bought House of Fraser and what will happen next?

Some 17,000 staff were informed that they will be transferred over from House of Fraser to Sports Direct following Mike Ashley’s acquisition of the troubled department store this summer.

However, doubt remains over the long-term future of jobs and whether Mr Ashley will shut underperforming stores as part of a restructuring programme.

The billionaire, who also owns Newcastle United, said that Sports Direct will ‘do our best to keep as many stores open as possible’.

He added: ‘My ambition is to transform House of Fraser into the Harrods of the high street.’ 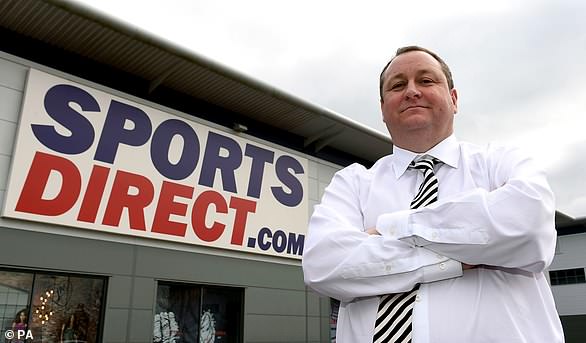 Sports Direct boss Mike Ashley, pictured, promised to turn House of Fraser into ‘the Harrods of the high street’ when he bought the chain for £90m in August

Mr Ashley’s deal was struck through a pre-pack administration process, where a company is put into administration before a new buyer cherry-picks the best assets.

The Sports Direct chief added: ‘This is a massive step forward and further enhances our strategy of elevation across the group. This will benefit both House of Fraser and Flannels in the luxury sector.

‘It is vital that we restore the right level of ongoing relationships with the luxury brands. Our deal was conservative, consistent and simple.’

Prior to its collapse, Mr Ashley had held an 11 per cent stake in the department store chain.

House of Fraser was plunged into crisis last month after C.banner, the Chinese owner of Hamleys, pulled its investment in the troubled retail chain.

C.banner was planning to buy a 51 per cent stake in House of Fraser and plough £70 million into the ailing retailer, but then scrapped the move.

Prior to the latest crisis, House of Fraser had recently agreed a so-called Company Voluntary Arrangement (CVA) with landlords to close half of stores, with 6,000 jobs in the firing line.

It is unclear what the status of the CVA is following the takeover.

Like other retailers, House of Fraser has been stung by soaring costs and falling consumer spending power.

The company saw its business rates bills rise £3.99 million to £30.24 million this year following a Government revaluation, according to research group Altus.

With suitcase and bikini emojis, Spain urges tourists back from July