Storm Dennis will bring powerful winds over the weekend and disruption to travel is likely across parts of England and Wales. The Met Office has issued severe weather warnings for both rain and wind as the churning uproar could bring flooding, power cuts and “danger to life” conditions.

Follow Express.co.uk below for LIVE updates on Storm Dennis 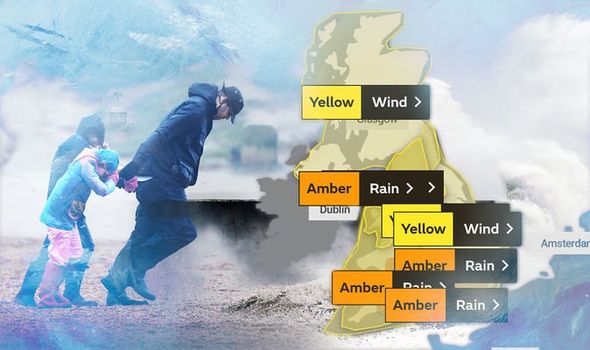 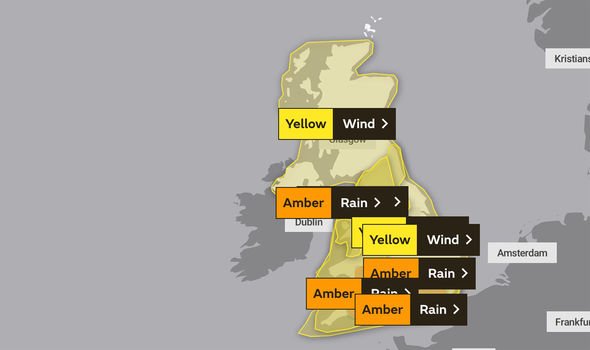 Various sporting events are being called off across the country due to Storm Dennis this weekend.

Wellingborough RFC has said all rugby at the club will be cancelled this weekend due to Dennis.

There are currently no word on the professional fixtures such as the Premier League and the Championship.

However, racecourses – including Ascot – are going to need inspection after last weeks downpours. 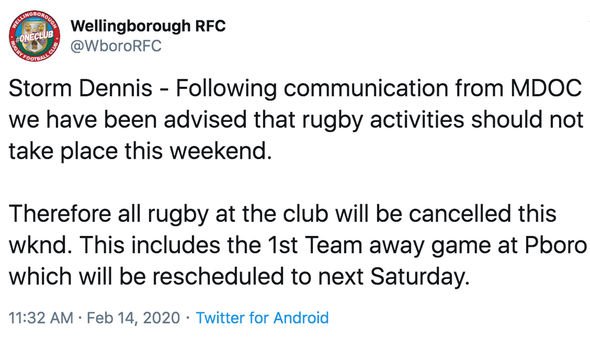 11.53am update: Regions and local authorites under amber warnings for rain

The Met Office has updated the warning areas under an amber alert for rain this weekend.

Regions and local authorities affected are: 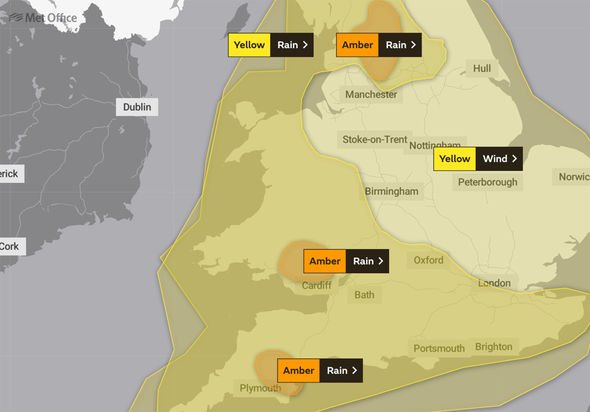 The Met Office has expanded the amber warning area for rain over northern England while the high ground of north Wales has also now been included.

The Met Office said: “Spells of heavy and prolonged rain are expected to affect parts of England and Wales over the weekend with a higher likelihood of impacts now expected in some areas.

“Around 20 to 40 mm of rain will fall widely with 50 to 80mm likely across parts of northern and southern England.

“Over the higher ground of Wales 100 to 120mm of rain is possible in a few locations.

“This rain is expected to fall across areas already wet from recent rainfall.” 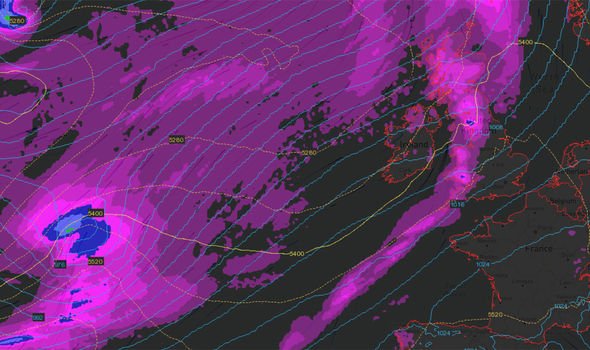 11.21am update: Winds to be “strongest” on Saturday

The Met Office has said the strong winds associated with Storm Dennis are expected to be stronger on Saturday afternoon and evening.

The agency said: “Strong winds in association with Storm Dennis are expected on Saturday and Sunday across many parts of England and Wales.

“The strongest winds are likely to be on Saturday afternoon and evening, with a lull for a time overnight, before increasing again during early Sunday.

“Gusts of 50mph are expected inland. Around the coasts, especially in the west and south, gusts of 60 to 70 mph are likely.

“The strong winds will be accompanied by heavy rain at times, leading to particularly poor driving conditions.” 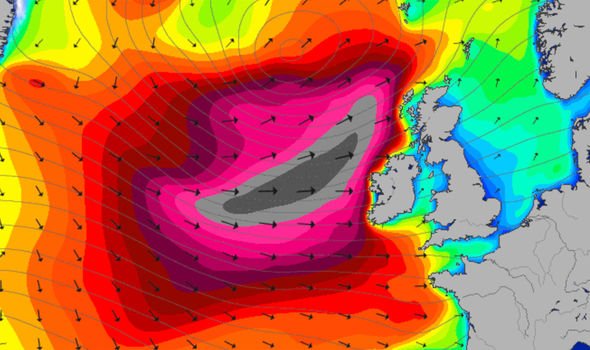 The Met Office has extended the warnings area for wind to include parts of northern England and northwest Wales.

That means the regions now under a wind warning are: