Florida: A gunman who carried a shotgun in a guitar case and opened fire at a Florida high school has been denied bond during his first court appearance.

A handcuffed Sky Bouche appeared on Saturday before Judge Willard Pope via video conference at the Marion County Jail. The Ocala Star-Banner reports a second court date was set for next month. 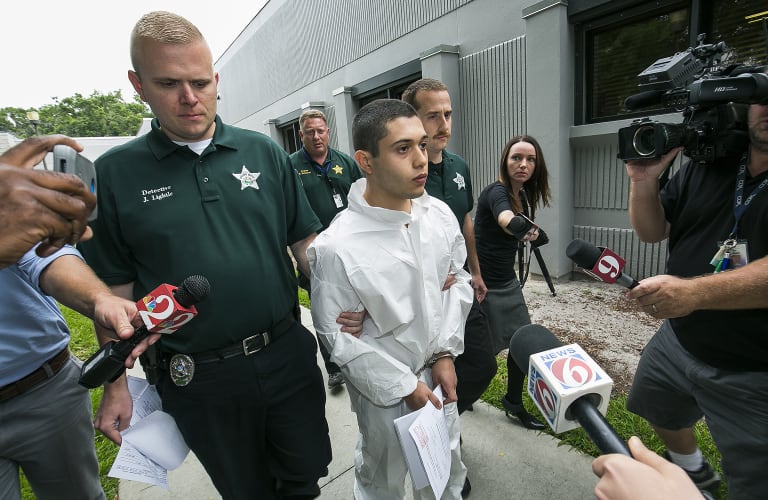 A shackled Sky Bouche, 19, is led to the court.

Bouche told the newspaper he felt an adrenaline rush before Friday's shooting that quickly wore off, and he was unable to continue with his plan.

Bouche faces charges including terrorism, aggravated assault with a firearm and possession of a firearm on school property.

The shooting at Forest High School in Ocala happened on a day planned for a national classroom walkout to protest gun violence and left one person injured.