Home » World News » Switzerland is fifth European country to have more than 10,000 cases

Switzerland is fifth European country to have more than 10,000 cases

Switzerland has become the fifth European country to declare more than 10,000 coronavirus infections after the number of cases jumped by almost 1,000 in the last 24 hours.

The Alpine country’s health ministry revealed that 10,714 citizens have been infected this morning, and warned that this number will continue to rise for at least another week. As many as 161 people have died from the virus in the country.

The UK reported 9,642 cases yesterday, but this number is also expected to cross into five figures today. 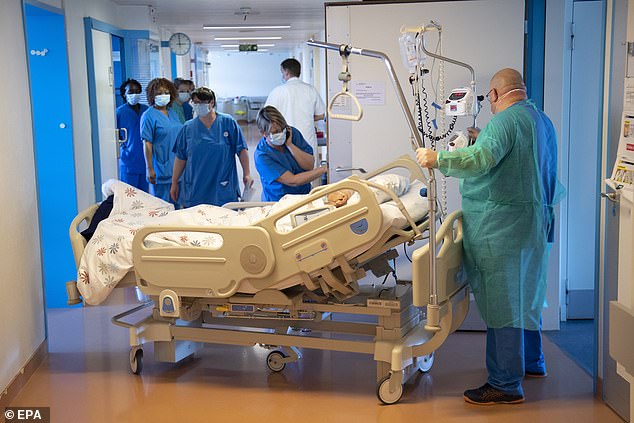 Switzerland reported almost 1,000 new coronavirus cases today, taking its total to 10,714. Pictured above is a patient in hospital at La Chaux-de-Fonds, Switzerland 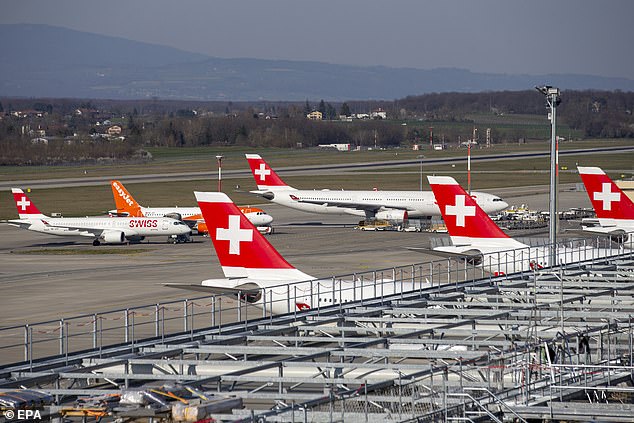 The country has carried out the most tests for the virus per capita. Pictured above is Geneva airport where many planes have been grounded due to the outbreak

Switzerland, which has tested the most people for COVID-19 per capita, has launched plans to start tracking crowd build-ups through mobile data as it grapples with the outbreak.

Its Italian-speaking southern region of Ticino, which borders hard-hit northern Italy, is the worst-affected of its 26 cantons, with 393 cases per 100,000 people.

Around two-fifths of Switzerland’s COVID-19 deaths have occurred in Ticino.

The first case of the new coronavirus was confirmed in Switzerland on February 24.

Since then, ‘91,400 tests have been carried out for COVID-19, of which 14 percent were positive,’ the Federal Office of Public Health said.

Those testing positive have ranged in age from under one to 102, with a median age of 52 years old, and a near-even split of men and women.

Elsewhere, China, Iran and the United States have also passed the five-figure mark, according to the latest World Health Organization situation report on the global pandemic. 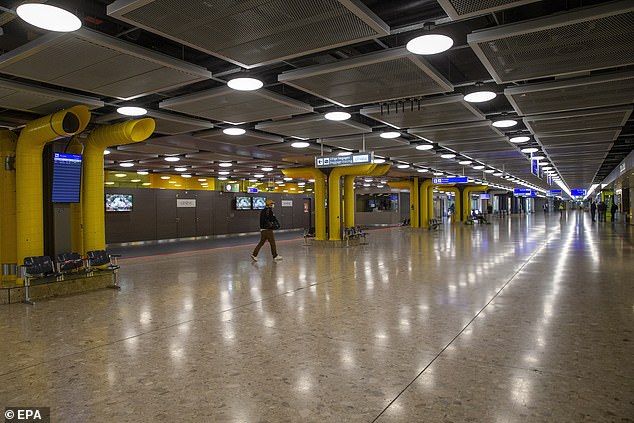 This is the arrivals hall of terminal 1 at Geneva airport on March 24, which is near-empty 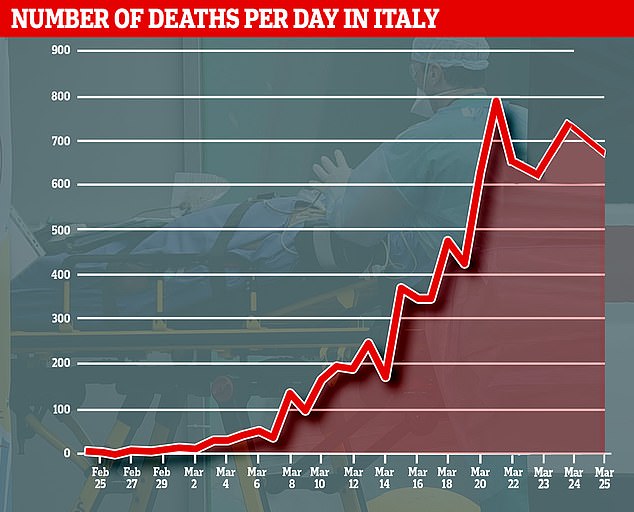 The Swiss government has ordered the closure of schools and all places of leisure, including restaurants, bars and non-food shops.

Last Friday it went further, banning all gatherings of more than five people, while anyone standing closer than two metres to others risks a fine.

‘At the moment it would definitely be too early to talk about easing the restrictions’, health ministry official Daniel Koch, who is heading the Swiss response, told a press conference in Bern.

‘We must first have proof that we have reached the peak of this epidemic – which unfortunately is not yet the case.’

Revelations this week that majority state-owned telecoms operator Swisscom would provide authorities with mobile phone data to monitor if people were adhering to the restrictions on public gatherings sparked an outcry.

But Koch said it was not a question of monitoring population movements in real time, but instead doing ‘retrospective analysis’.

Meanwhile some 3,800 to 4,000 troops – ‘the totality of the medical forces of the Swiss army’ – have been mobilised, said Brigadier General Raynald Droz, chief of staff of the military’s joint operations command.

The global number of officially-recorded infections has topped 480,000, with more than 21,800 deaths.