Two rats were spotted trading blows in a hilarious fistfight under a block of flats, apparently oblivious to the cat watching them.

Cheez Goh was walking back to her flat in Bedok, Singapore, when she spotted two rats chasing each other on the evening of July 8.

She immediately started filming the fight, which became more bizarre when a cat stopped to watch the rodents. 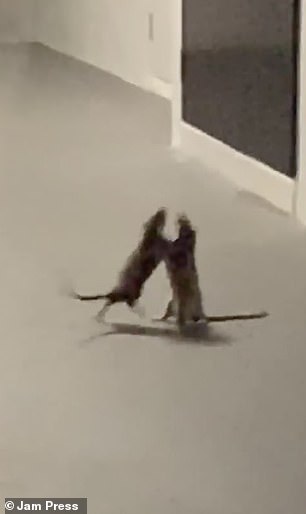 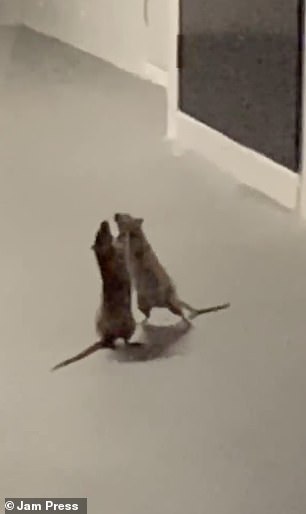 Cheez Goh filmed two rats trading blows in a hilarious fistfight when she was walking to her flat in Bedok, Singapore. The rodents delivered quick-fire jabs like boxers during the tussle 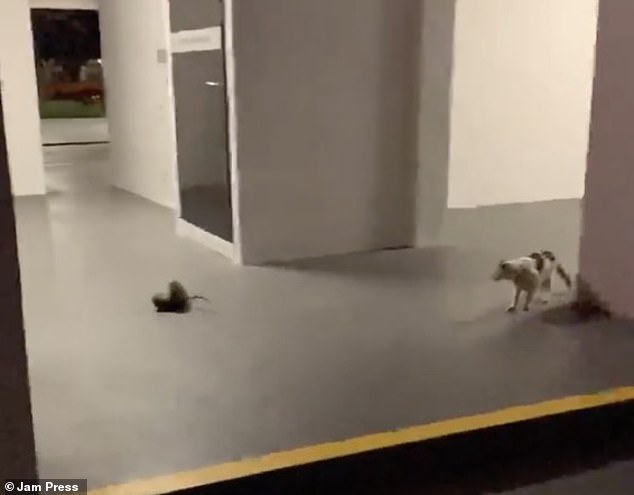 In the video, the two rats roll across the floor fighting as the puss lurks in the corner.

But the cat does not pounce on the rodents and instead seems frozen in bemusement at the unusual spectacle.

The two rats then both stand up on their back legs and deliver quick-fire jabs like professional boxers.

Eventually the rats flee, perhaps after finally spotting the cat.

Cheez said the cat charged towards one of the rats after the fight ended but the rodent quickly slipped into a drain and the cat missed its chance.

Cheez said: ‘The two rats just gave up and went separate ways. One ran away from the camera, one came towards the camera where I was standing. It didn’t seem to notice I was filming the process and ran towards me. 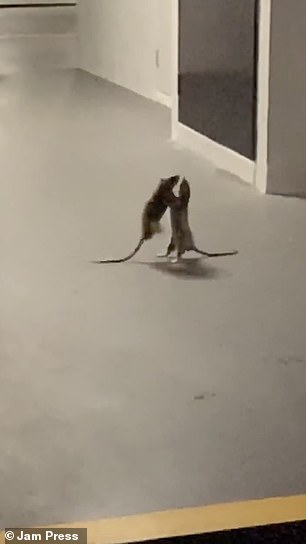 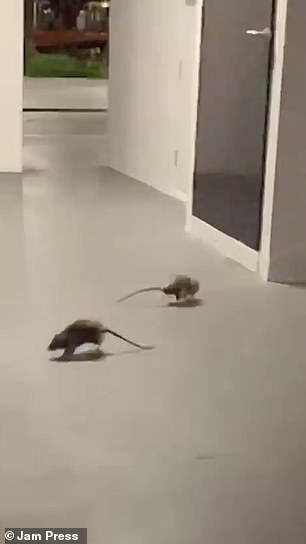 The two rodents eventually gave up on their lively fistfight and scarpered off in opposite directions as the cat still stood frozen in the corner, missing its chance to catch the rats

‘I freaked out as it was approaching me, causing a sudden movement. The rat then ran for its life and that’s when the cat saw that the rat was running and charged towards it.

‘However, the cat missed because the rat went under the drain. The rat was really fast!’

But Cheez didn’t see how the hilarious tussle started.

She added: ‘They were already running around upon me reaching my block because I heard some sounds.’

Cheez shared the amusing video on Facebook, where it has left users in hysterics.

One said: ‘Omg what a rare sight!! Standing tall and they obviously not bothered with you.’