Brennan Walker is seen on CCTV footage walking up the front porch of retired fireman Jeffrey Zeigler’s home in Rochester Hills, Michigan on the morning of April 12. 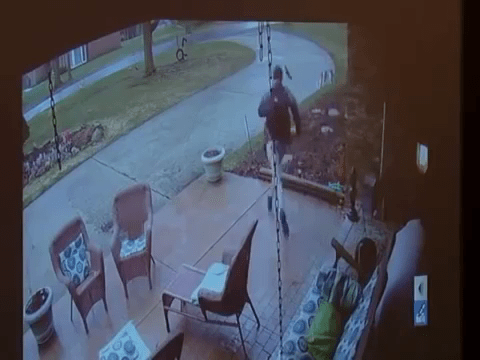 Moments later, the 14-year-old is seen fleeing for his life as he runs towards the street.

The reason for his panic is apparent within seconds as 53-year-old Zeigler appears in shot, shirtless and holding a shotgun.

As the teen runs to safety, Zeigler fires the weapon in his direction.

According to official records, Zeigler told police officers he and his wife Dana thought the teen was a burglar trying to break into their home. 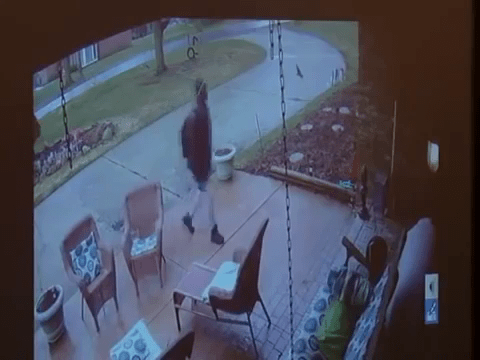 He claimed that on the morning of the incident, his wife screamed that someone was trying to break into their house, and that his gun had fired accidentally after he went outside and slipped.

However, examination of the surveillance tapes revealed a very different account of events.

The CCTV footage, which does not have audio, shows the 14-year-old school kid walking up to the door, where he waits for around 40 seconds having either rung a doorbell or knocking.

A further 13 seconds later, he is seen sprinting away in fear. 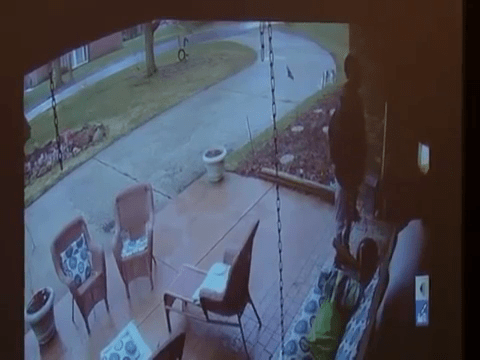 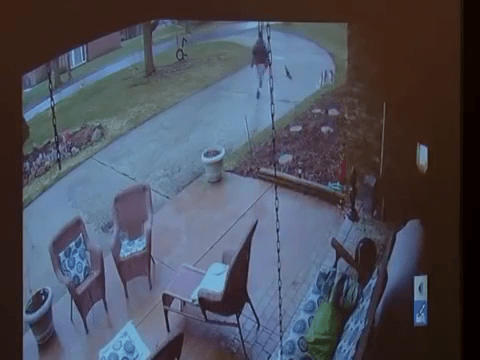 The next frames show a shirtless Zeigler coming out of his house carrying a shotgun.

He takes aim, fires once – and he does not slip at all.

Luckily, the bullet did not hit the teenager, who was unarmed, and he did not suffer any physical injuries.

Police attending the scene found a shaken Walker nearby and asked him what happened. 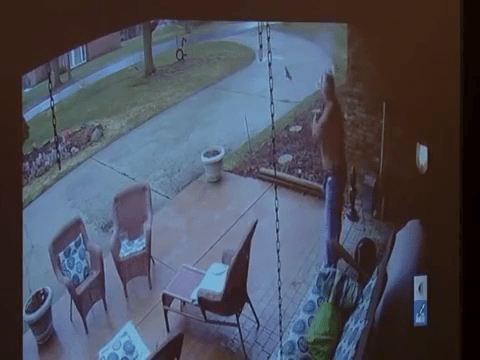 Tearfully, the teen explained that he had overslept and missed the school bus that morning.

His mother had confiscated his mobile phone so he decided to walk the route to school but got lost on the way.

Zeigler’s house was not the first that he had stopped at to ask for directions – they claim they have been victims of home burglaries on at least five occasions and had become nervous homeowners. 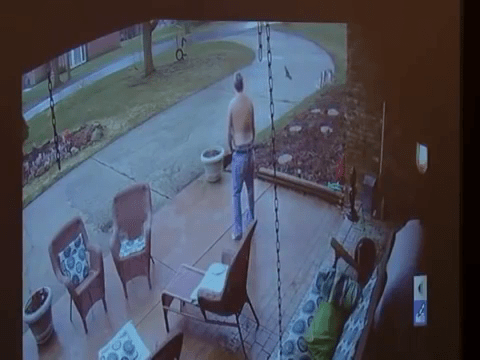 Another neighbour, James McFee, told officials that Walker had knocked on his door shortly before he approached the Zeigler home.

McFee confirmed that the directions to the school from their location were complex and that Walker had seemed “a bit nervous but polite.” 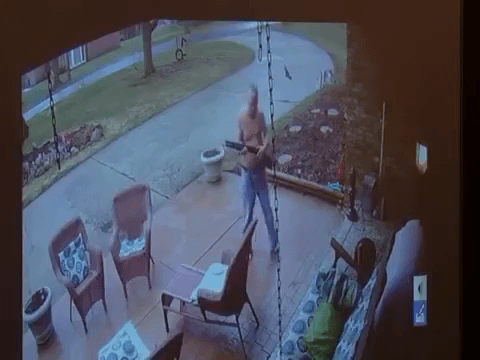 During the trial, Walker explained that he had become lost again while attempting to navigate out of the neighbourhood, and decided to approach another home for more help.

Speaking to WDIV-TV in April, he said that after he knocked on the door, “a lady came downstairs yelling at me.

“She asked me, ‘Why are you trying to break into my house?’ and I told her I was just looking for directions to Rochester High.”

Moments later, Zeigler appeared with the gun and Walker took off running. 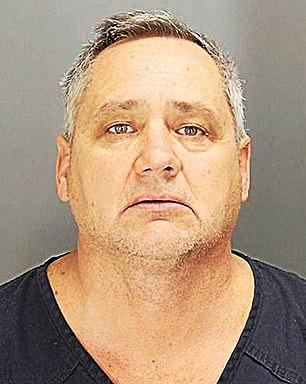 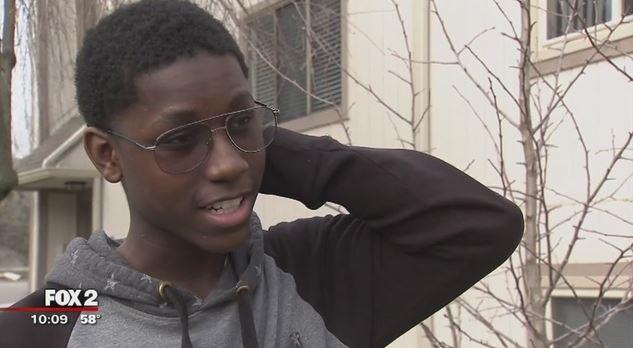 The teen said: “I turned back and I saw him aiming at me. I was trying to run away fast and I heard a gunshot.”

Zeigler's wife testified that when she saw Walker on her porch, she panicked and screamed for her husband who was sound asleep.

She claims that Walker did not look like an innocent student, telling the court: "He didn't look like a child.

"He was a rather big man standing there, and also, if he was going to school, we have no schools in our area."

Zeigler was arrested and charged on two counts – assault with intent to murder and possession of a firearm in the commission of a felony.

He was bailed on a $50,000 bond and on the condition that he wore a tracking device.

If convicted, the former Detroit firefighter faces life in prison.

Closing arguments in the trial are being heard today.

With suitcase and bikini emojis, Spain urges tourists back from July