To Cut Emissions to Zero, U.S. Needs to Make Big Changes in Next 10 Years

If the United States wants to get serious about tackling climate change, the country will need to build a staggering amount of new energy infrastructure in just the next 10 years, laying down steel and concrete at a pace barely being contemplated today.

That’s one conclusion from a major study released Tuesday by a team of energy experts at Princeton University, who set out several exhaustively detailed scenarios for how the country could slash its greenhouse gas emissions down to zero by 2050. That goal has been endorsed by President-elect Joseph R. Biden Jr., as well as numerous states and businesses, to help avoid the worst effects of global warming.

The study’s findings are at once optimistic and sobering. Reaching “net zero” by 2050 appears technically feasible and even affordable. There are ways to get there that rely solely on renewable energy, as many environmentalists prefer, or that lean on other technologies such as nuclear power or carbon capture. Each approach carries different social and economic trade-offs.

The researchers identified a common set of drastic changes that the United States would need to make over the next decade to stay on pace for zero emissions. That initial groundwork has to start pretty much immediately.

This year, energy companies will install 42 gigawatts of new wind turbines and solar panels, smashing records. But that annual pace would need to nearly double over the next decade, and then keep soaring, transforming the landscapes in states like Florida or Missouri.

The capacity of the nation’s electric grid would have to expand roughly 60 percent by 2030 to handle vast amounts of wind and solar power, which would mean thousands of miles of new power lines crisscrossing the country.

Car dealerships would look radically different. Today, electric-vehicle models are just 2 percent of new sales. By 2030, at least 50 percent of new cars sold would need to be battery-powered, with that share rising thereafter.

Most homes today are heated by natural gas or oil. But in the next 10 years, nearly one-quarter would need to be warmed with efficient electric heat pumps, double today’s numbers.

Virtually all of the 200 remaining coal-burning power plants would have to shut down by 2030.

Today, there are no cement plants that bury their emissions underground, and there are no facilities sustainably producing hydrogen, a clean-burning fuel. By the mid-2020s, several such plants would need to be operating to prepare for wider deployment.

“The scale of what we have to build in a very short time frame surprised me,” said Christopher Greig, a senior scientist at Princeton’s Andlinger Center for Energy and the Environment. “We can do this, we can afford this, but now it’s time to roll up our sleeves and figure out how to get it done.”

How to Get to Zero 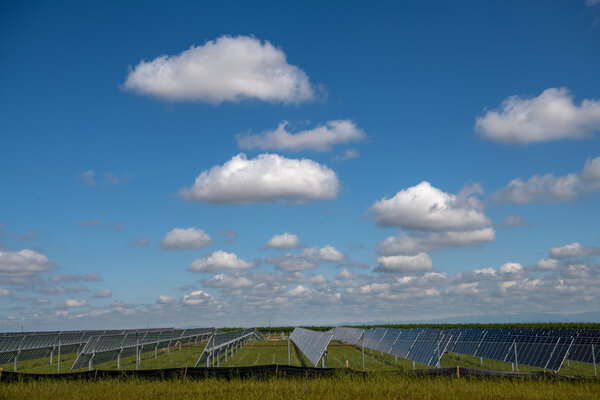 The Princeton researchers used some of the most comprehensive models to date of America’s energy system to figure out which combinations of technologies could zero out emissions at lowest cost. Their work follows an in-depth report in October from the United Nations Sustainable Development Solutions Network that reached similar conclusions.

To start, the United States could make enormous strides over the next decade by rapidly scaling up solutions already in use today, like wind, solar, electric cars and heat pumps. Doing so would require $2.5 trillion in additional investments by governments and industry by 2030.

By midcentury, both studies found, at least 90 percent of the nation’s electricity could feasibly come from renewable sources.

Beyond that, however, the task gets harder.

Large parts of the economy still rely on fossil fuels and don’t yet have obvious solutions. How do we fuel airplanes and trucks that can’t easily shift to batteries? What about industries like steel or cement? How do we keep the lights on when the wind isn’t blowing or the sun isn’t shining?

There are plausible options, the studies found. Wind and solar power could be backed up by batteries, some existing nuclear reactors and a large fleet of natural-gas plants that run only occasionally or have been modified to burn clean hydrogen. Millions of acres of farmland could grow switchgrass, a more sustainable source of biofuels than today’s corn-based ethanol. Devices that suck carbon dioxide from the atmosphere could help offset emissions.

But most of those technologies are still in early development. That would have to change quickly.

Take heavy industry: If manufacturers hope to capture carbon dioxide spewing from cement factories, the Princeton study concluded, they would need to start constructing early demonstration plants this decade, plus thousands of miles of pipelines to transport the captured gas to underground burial sites beneath states like Texas.

“We need to be building up our options now,” said Jesse Jenkins, an energy systems engineer at Princeton. “Both for the problems we know are just around the corner, and as a hedge in case the solutions we think are promising today don’t work out.”

The studies found that, if done right, getting to net zero appears broadly affordable, largely because technologies like wind and solar have become so much cheaper than anyone expected over the past decade. In all the scenarios analyzed, energy costs would remain smaller as a share of the economy than they were during the 2000s.

But there are still significant hurdles. One is the potential for conflicts over land use.

The Princeton study used detailed mapping to see where all those new solar arrays and wind farms might be located. In one central scenario, they could take up land area roughly as large as Wyoming and Colorado combined. Hulking offshore wind farms could dot the Atlantic Coast from Massachusetts to Florida.

If policymakers decided to use only renewable energy, that could require twice as much land.

“It’s not a question of whether we have enough land, because we do,” said Eric Larson, a senior research engineer at Princeton. “But with that many new projects, you have to ask if they’ll run into local opposition.”

Already today, some wind and solar projects attract protests from landowners or farmers worried about nearby disruptions.

The Princeton researchers also analyzed a scenario in which wind and solar power struggled to grow rapidly, and it resulted in the need for lots of advanced nuclear reactors or natural gas plants with carbon capture, technologies still in their infancy.

Another possible obstacle: It’s unclear how enthusiastically Americans will embrace plug-in cars or abandon their gas furnaces for electric versions. If electrification is slow to take off, getting to zero could require other potentially arduous options, like huge quantities of biofuels or green hydrogen to supplant oil and gas.

Then there are jobs to consider. Net zero would mean eliminating coal and drastically reducing oil and gas use, displacing hundreds of thousands of fossil-fuel workers. (The Princeton study was partially funded by two oil companies, BP and Exxon Mobil.)

On the flip side, millions of new green jobs would spring up for workers retrofitting homes or building wind farms, though those jobs might not be located in the same regions. Some states, like North Dakota or Louisiana, could see significant disruptions.

“One advantage is that we can see this transition coming, and policymakers can take steps to help affected workers,” said Emily Grubert, an assistant professor at Georgia Tech who has studied potential job losses. “But we need to acknowledge that this could hurt some people.”

‘The Day After Tomorrow’

While the United States has lowered its emissions in recent years, those efforts would need to accelerate dramatically to stay on pace for zero emissions by 2050.

The report by the Sustainable Development Solutions Network outlined dozens of policies the federal government could adopt. Many are steps Mr. Biden has endorsed, like a nationwide clean-electricity standard or financing for green technologies. Others are more subtle, like streamlining the approval process for transmission lines.

But all levels of society would have to work together, the report said, such as cities rewriting building codes to encourage electric heating, or states reducing car dependency by expanding public transit. Politicians would need to figure out how to gain public acceptance for the sweeping changes unfolding, while protecting vulnerable Americans from harm.

“One question is whether net zero by 2050 can become a consensus national goal, the way building the interstate highway system or going to the moon were,” said Jeffrey Sachs, an economist at Columbia University who led the report.

That may prove the biggest hurdle. While Mr. Biden plans to reorient every federal agency toward climate policy, his most ambitious plans could face backlash from a divided Congress.

“These modeling studies are very good, but they assume everything will go perfectly,” said Susan Tierney, an energy consultant with the Analysis Group who was not involved in either report. “They can show us how to get to net zero technologically, but not how to solve all those pesky real-world political and social challenges.”

What both studies do illustrate is that there’s little room for delay. New cars and factories built today will stick around for decades. If they’re not cleaned up soon, it’s vastly more challenging to cut emissions later.

“It may seem like 2050 is a long way off,” said Dr. Jenkins. “But if you think about the timelines for policies, business decisions and capital investments, it’s really more like the day after tomorrow.”