IN a tranquil corner of her Devon smallholding, Fiona MacKeown grieved at her daughter’s graveside.

After 11 years of torture, Fiona has found some closure. The killer of 15-year-old Scarlett Keeling was caged yesterday by a judge in India, nearly 5,000 miles away. 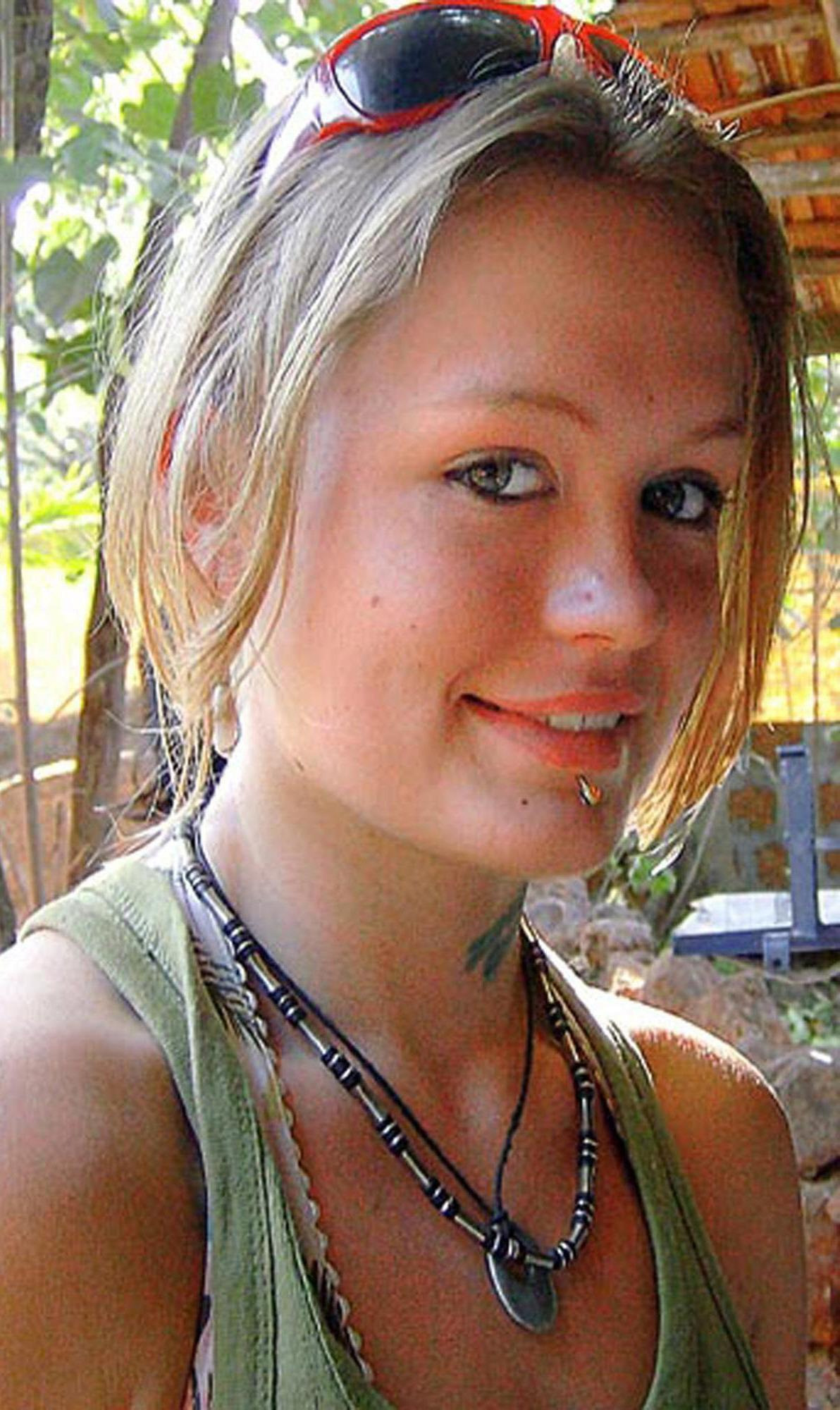 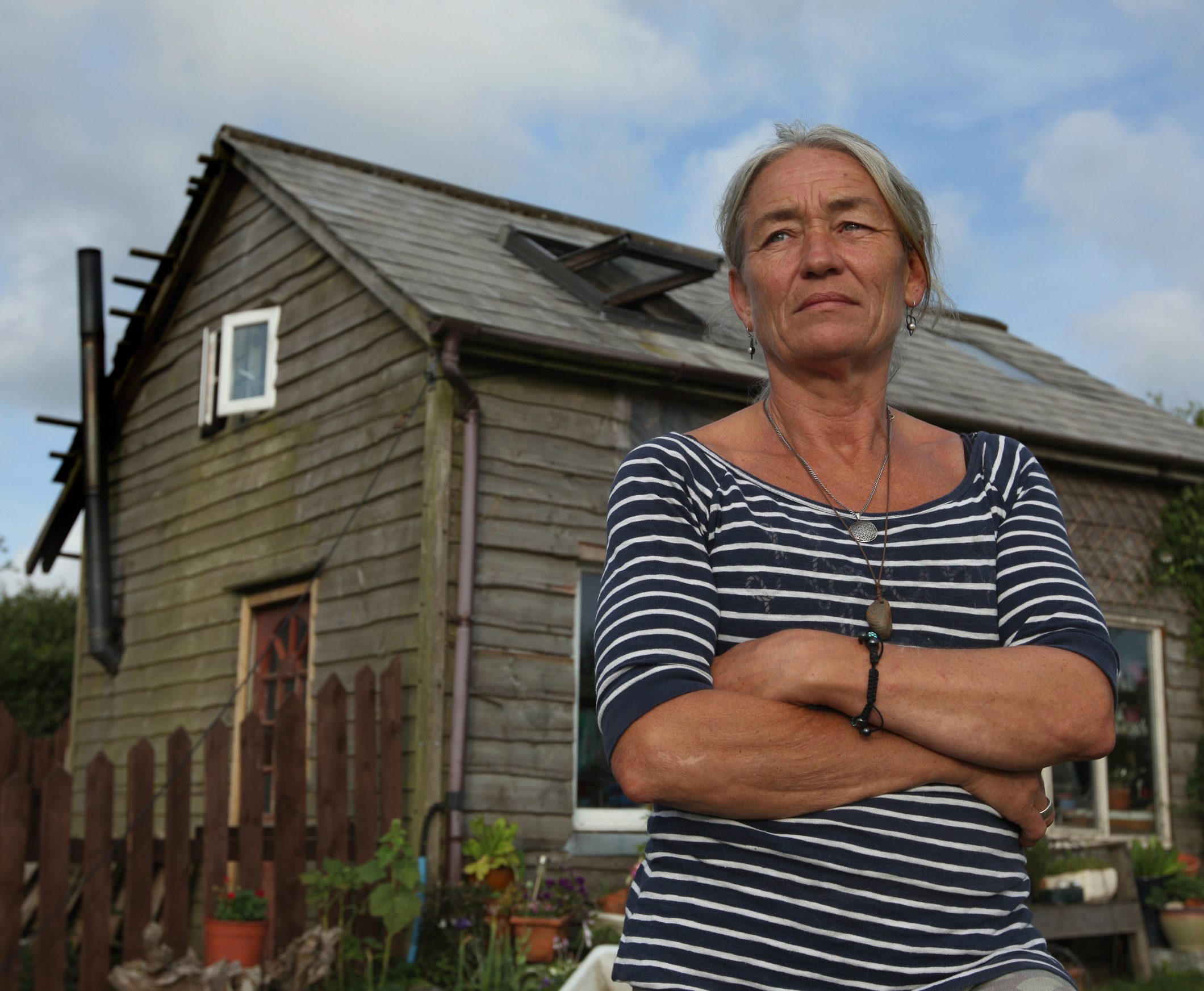 In the fading light, amid scented wildflowers, Fiona told The Sun: “I spend a lot of time here in Scarlett’s garden, thinking about her and what she might have been.

“She would have gone to college, I think. She was very musical and loved to draw. She would’ve ended up doing something artistic.”

A decade of trauma is etched into Fiona’s face.

While fighting to unearth the truth about her daughter’s death, she was accused of being a feckless mother.

After Indian police insisted Scarlett had drowned in the sea in an accident, Fiona sneaked into the morgue where she was held, camera in hand, to photograph her daughter’s bruised and battered body.

She said: “It is like one of those nightmares when you are screaming and nobody can hear any sound.”

The tragic saga began in November 2007, when Fiona, eight of her nine children and her then-boyfriend Rob Clarke went on the hippy trail to Goa, on India’s west coast.

‘BEING BRITISH, I BELIEVED THE POLICE’

It was a Christmas present to themselves, funded by saving up their benefits and selling a pony. The family had never before left Britain.

At the resort of Anjuna, Scarlett befriended 25-year-old tour guide Julio Lobo, handing out leaflets with him and organising boat rides for  tourists to spot dolphins.

When Fiona and the family decided to travel further down the coast to Karnataka, Scarlett begged to stay with Julio and his aunts.

“She wasn’t abandoned,” Fiona insisted later. “Julio convinced me he was a responsible adult.

“I met his aunts and they seemed like lovely, decent people.”

Fiona came under fire for her bohemian lifestyle.

Fiona sneaked into the morgue where she was held, camera in hand, to photograph her daughter’s bruised and battered body

She was branded  “irresponsible’’ and also “a tragic example of baby-boomer parenting’’.

An Indian newspaper called the ramshackle group of caravans at Fiona’s plot near Bideford, Devon: “Only a minor improvement on a typical Indian slum.”

Fiona said: “I had to ignore it and try not to take it personally. They don’t know me or anything about my children or my life.”

She did not know Anjuna has a flourishing drug trade controlled by mafia-like gangs.

Fiona was in contact with her daughter via phone every day and Scarlett would often travel the few hours down the coast to stay with her family.

After one visit, with the family set to head south again to Kerala, Scarlett begged to return alone to Anjuna for a Valentine’s Day party. Fiona eventually relented.

'JUST TELL ME SHE IS ALIVE'

Then, on February 18, 2008, Fiona got a text from Julio asking her to urgently call. When she did, she found him barely able to speak.

Fiona begged him: “Just tell me she is alive.”

The tour guide chillingly spluttered: “I can’t do that.’’

He said Scarlett had been raped and murdered.

On the night Scarlett died, Julio felt ill. So Scarlett joined a beach bar crawl with a pal called Ruby, 16. 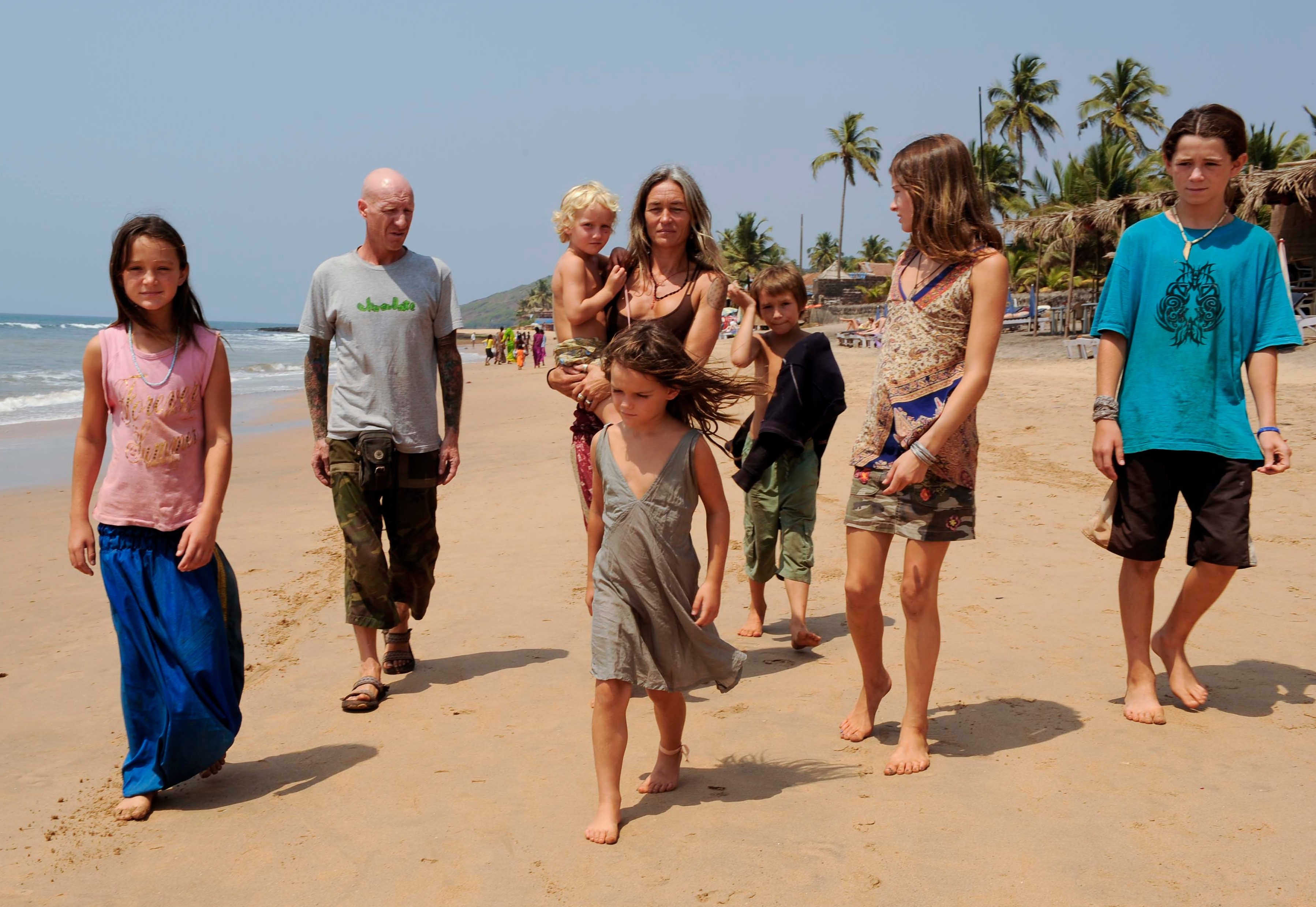 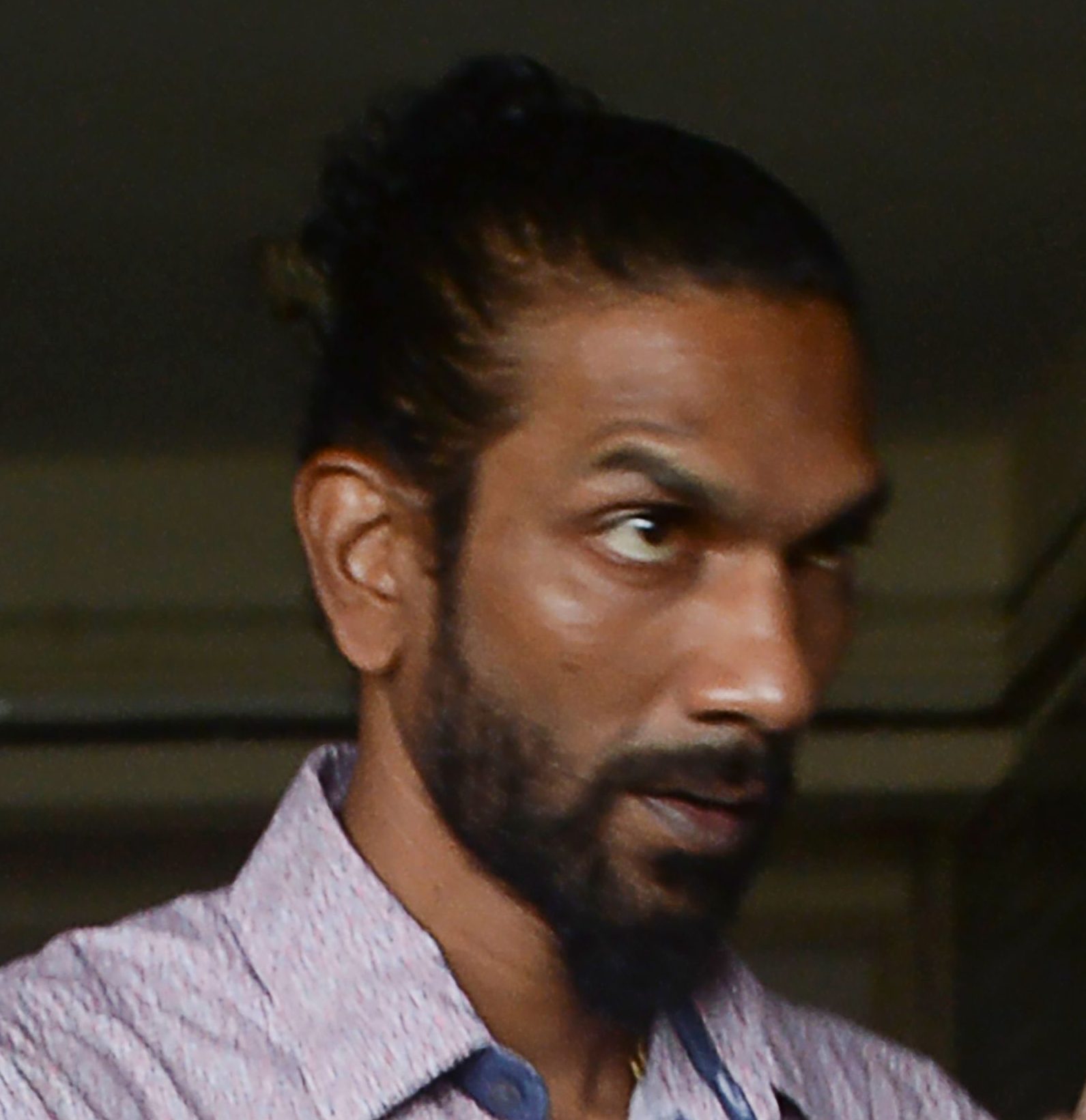 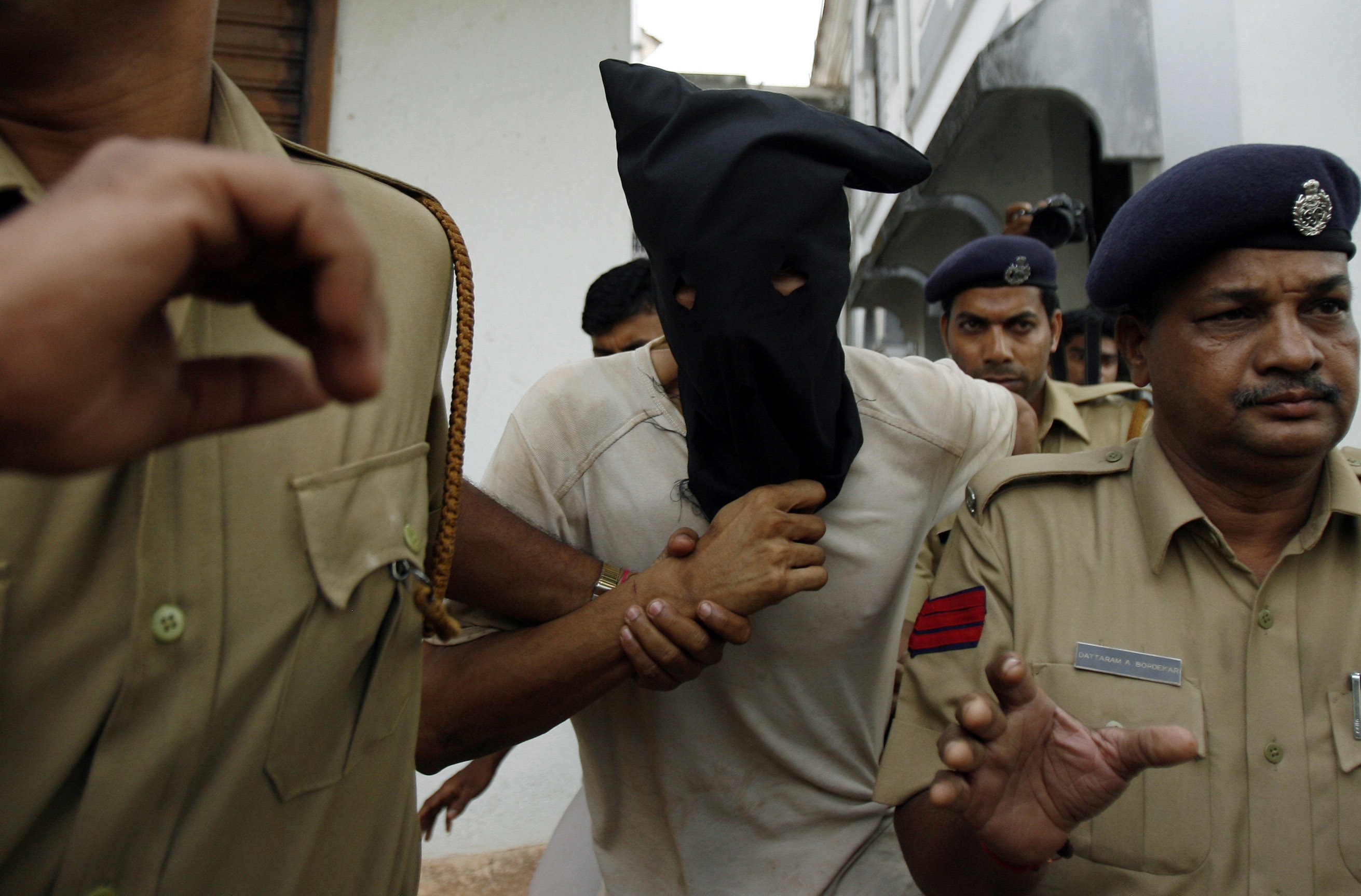 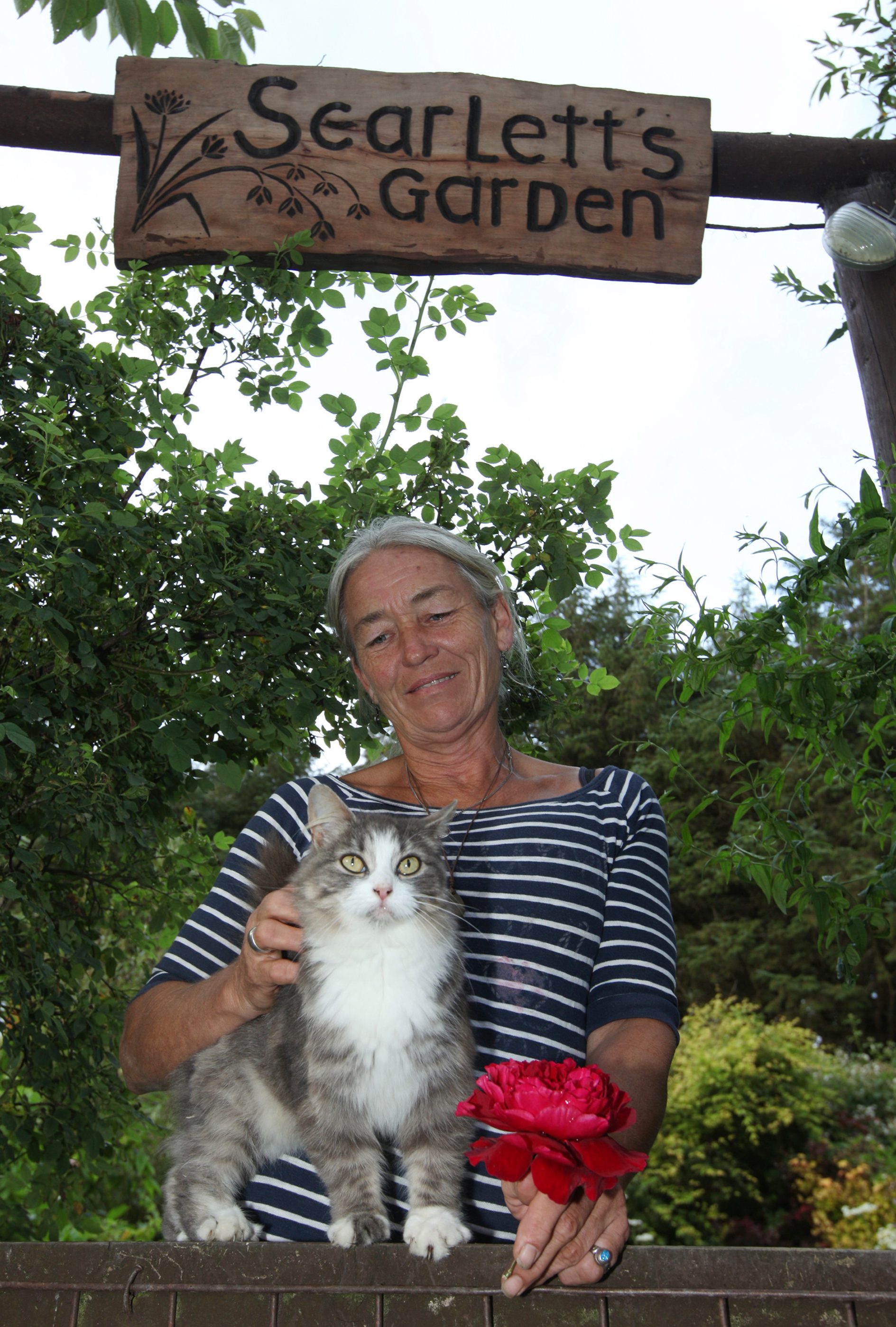 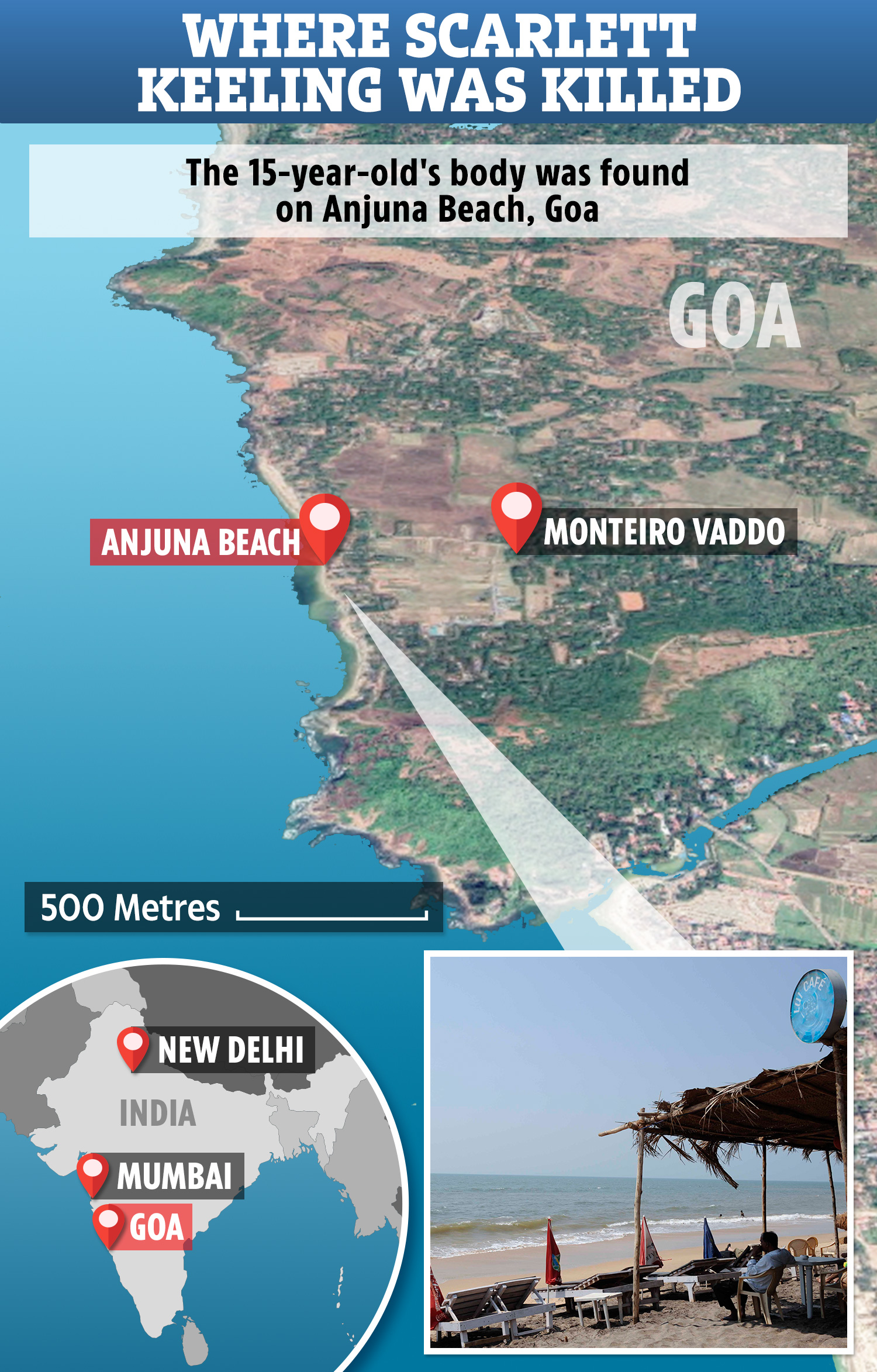 Ruby would later tell how the pair downed Barcardi Breezers, while Scarlett admitted she was sleeping with Julio.

After the friends parted at 1am, Scarlett continued her night alone.

She was spotted by Brit Michael Mannion falling over outside Lui’s, a beach bar where tourists would drink and play pool.

Mannion, a carpenter, looked on as Scarlett was led into the bar by the owner.

He said: “She was wasted, talking gibberish, but she was just about coherent.

“I told people to stay away from her because she was clearly very young.”

Scarlett would later tell Mannion she had taken LSD, ecstasy and cocaine.

When he left Lui’s at 5am, Mannion saw barman Samson D’Souza “lying on top” of Scarlett in the car park. At 6.30am, locals found Scarlett’s half-naked body nearby. Her shorts and bikini bottoms had been removed and her bra top pushed up around her neck.

When Fiona and her family reached Anjuna six hours later, the police told her Scarlett, a strong swimmer, had drowned in an accident.

Fiona said: “Being British, I believed what the police had told me.”

But three days later, Fiona went to the scene of Scarlett’s death. She found Scarlett’s shorts, bikini bottoms and a broken sandal close by.

Fiona said: “I knew then there had been violence. I knew the police had lied to me and not looked for any evidence. It was right there.

“I was so shocked, it made the ends of my fingers ache.”

A first post-mortem examination identified only five bruises on the body, in line with police claims her death had been an accident.

Determined to prove her daughter had been murdered, Fiona sneaked into the mortuary while her lawyer was talking to the pathologist.

She took photographs of Scarlett’s body “to prove she had injuries on her — they were denying that”.

A second post-mortem found 50 cuts and bruises plus evidence of sexual assault. The investigating officer was suspended after allegations of a cover-up. But as Fiona made headway, she found herself under scrutiny.

She was summoned to court in India accused of child neglect, though the charges were later dropped.

‘HE SHOULD SUFFER AS WE HAVE, TERRIBLY’

Finally, the trail led back to D’Souza, now 36, the barman spotted with Scarlett on the night she died.

He was arrested with fellow bar worker Placido Carvalho, 49, and charged in connection with Scarlett’s death. They were accused of plying the teen with drugs and alcohol, raping her and leaving her unconscious in the water to drown.

The case dragged on for years, hampered by the botched investigation and India’s sluggish justice system. It was 2016 before a ruling was made — when both men were cleared.

Key witness Michael Mannion, still traumatised by what he had seen, declined to appear.

But a crowdfunded appeal orchestrated by Fiona saw D’Souza, 36, finally convicted of “culpable homicide not amounting to murder” on Wednesday. He was also found guilty of assault, destruction of evidence and providing narcotics to Scarlett. But Carvalho’s acquittal was upheld.

The years since Scarlett’s death have been rocky for Fiona. It was four years before Scarlett’s body was released for burial from an Exeter mortuary.

In 2010, Fiona was given an eight-month suspended sentence following a £19,000 income-support fiddle.

Scarlett’s older brother Halloran Keeling died from a morphine overdose in 2016, aged 28.  Fiona said of her son: “He just never got over his sister’s death.”

At her isolated farm, Fiona said D’Souza’s  ten-year jail term was “a year less than it’s taken us to get this far”.

The sentence of “rigorous imprisonment” means he must work behind bars.

Fiona said: “He should suffer because we have suffered terribly these last 11 years.”

In 2016, she said: “My last memory of Scarlett was her nagging me silly to go to that big party on the beach.

“I gave in at the last minute and my last memory was her squealing, jumping up and down, hugging me and saying, ‘Thanks Mum, I love you!’ I have got to live with that — but I didn’t murder her. It’s not my fault.

“Of course I left her. Of course I will regret that as long as I live. The fact is I let her stay behind.”

At Scarlett’s graveside — where she is buried next to her brother Halloran — Fiona told The Sun: “I suppose I do feel vindicated in fighting for Scarlett. But more than anything, I feel relief it’s finally at an end. Our family will never get over our grief.

“But now we can at least get on with our lives.” 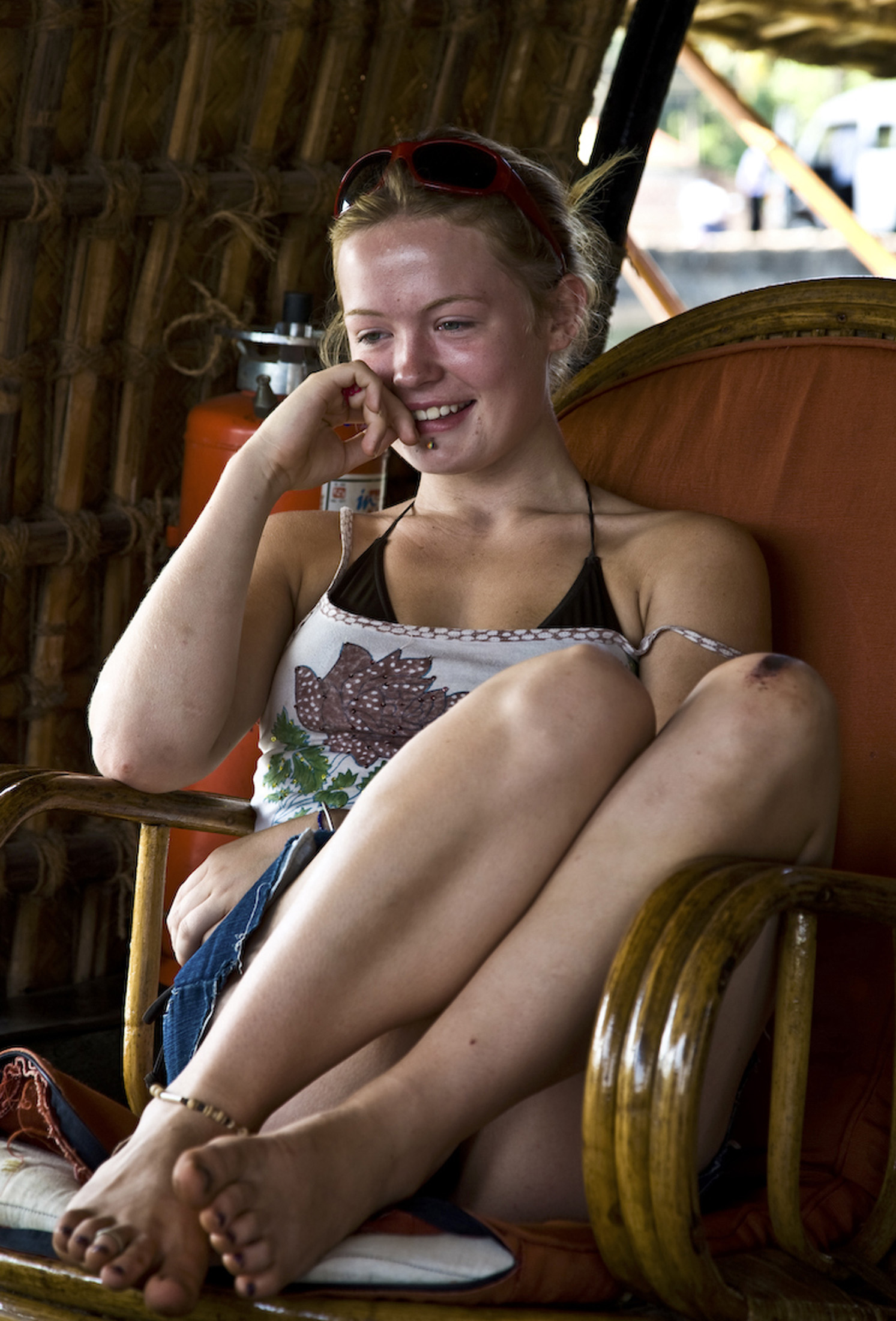 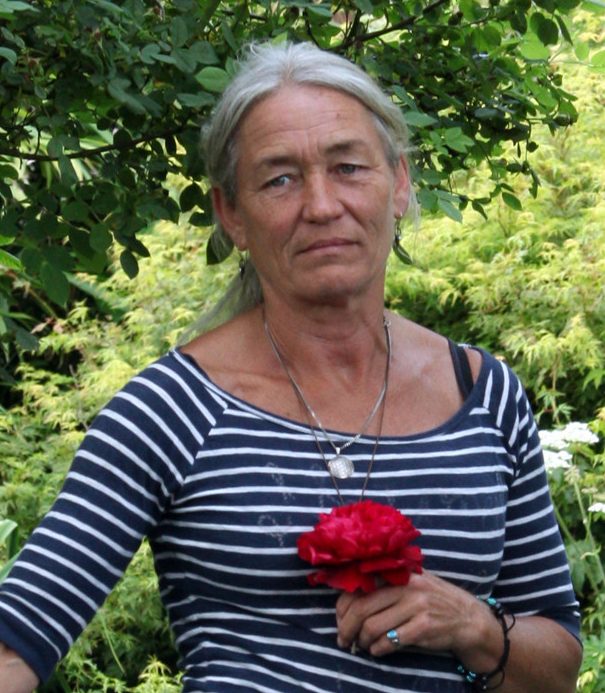 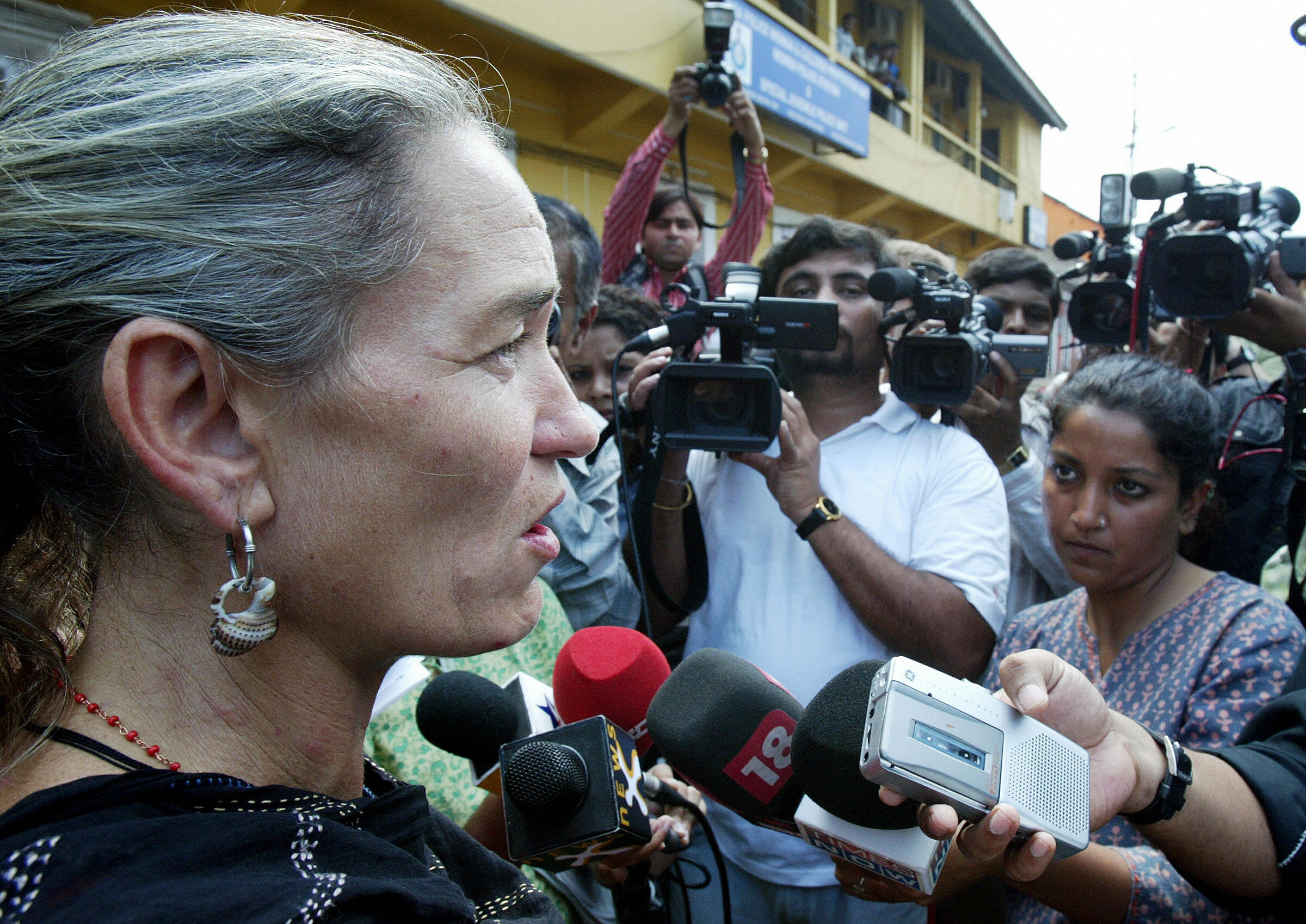 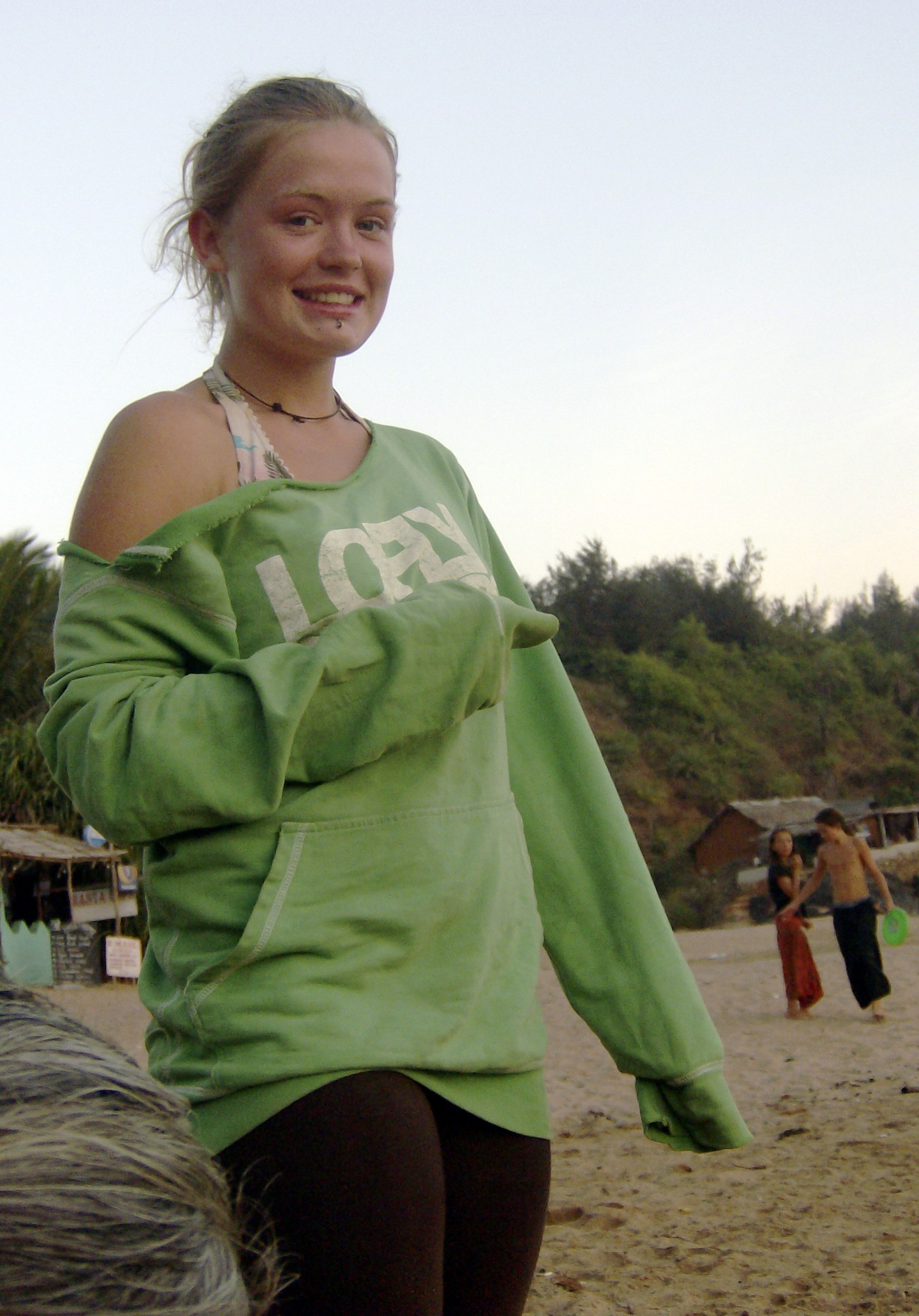 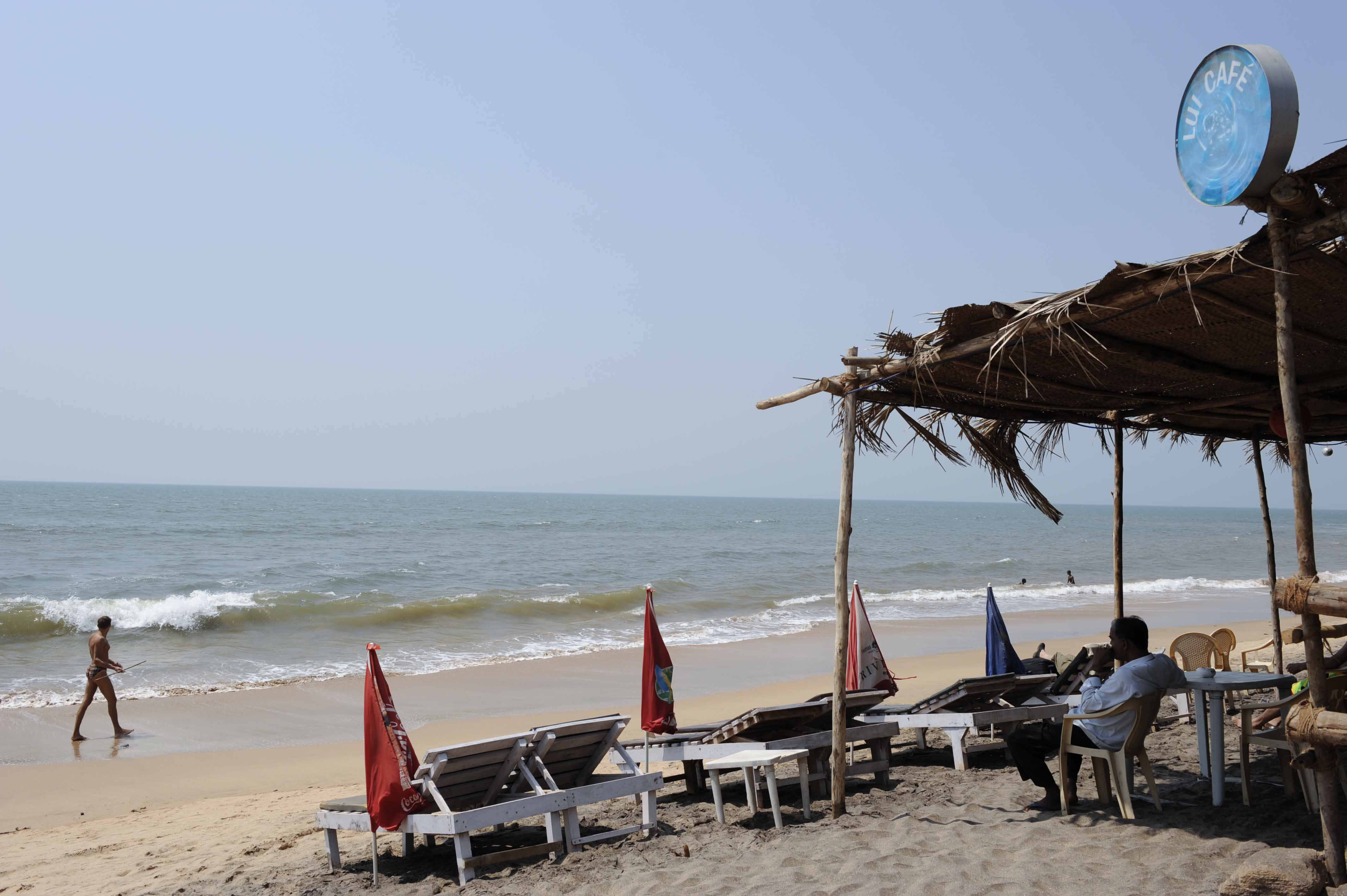 The timeline of Scarlett's death