Traveller is arrested, thrown in Thai jail for picking up lost phone

British backpacker, 29, is arrested, thrown in a hellish Thai jail for 12 days and has his dreadlocks shaved off for picking up a lost mobile phone and trying to hand it in 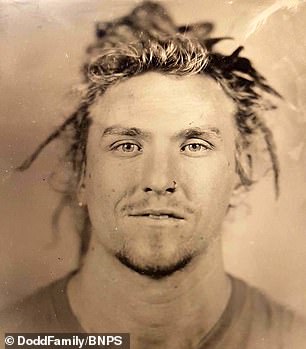 Before: British tattoo artist Chris Dodd pictured in Thailand before guards shaved his dreadlocks off

A British backpacker who was arrested and spent more than a week in a Thai prison after picking up a misplaced mobile phone has returned home.

Chris Dodd, 29, from Poole, found the device in the gutter outside the airport in Chiang Mai and said he had intended to hand it in after he got to his hostel.

But the tattoo artist was charged with theft and faced up to to five years in prison after CCTV showed him moving to a different location with the possession.

The act of moving a belonging which you don’t own to a different location is considered theft under Thai law.

During his time in prison guards shaved off his dreadlocks.

The charges against him were eventually dropped after a crowdfunding campaign raised more than £20,000.

His family and their lawyers were able to apply for a ‘non-prosecution order’ which was approved by the Thai Courts last week.

The order, which cost around £5,000 alone, forced police to withdraw all charges against the tattoo artist and allow him to fly home.

Chris flew into London on Friday afternoon and returned home with a party planned at his father Mike’s local golf club.

His father said: ‘It’s just such a relief to be honest with you. His mother and girlfriend have been out there with him recently and it was an emotional experience when they all got back.’

He added: ‘We’ve used up pretty much every penny of the crowdfunding campaign and I’m so grateful to everybody who donated to our cause. 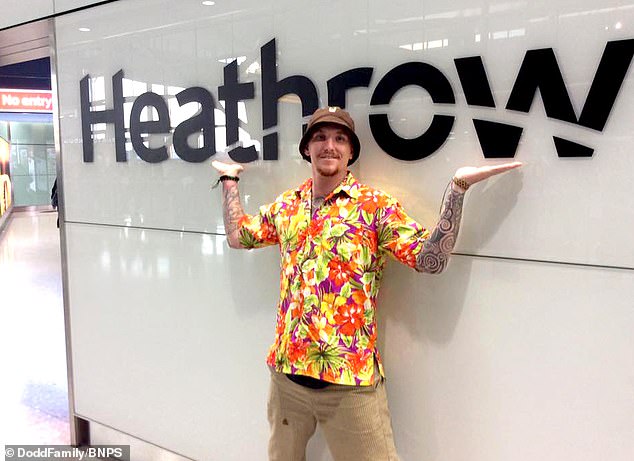 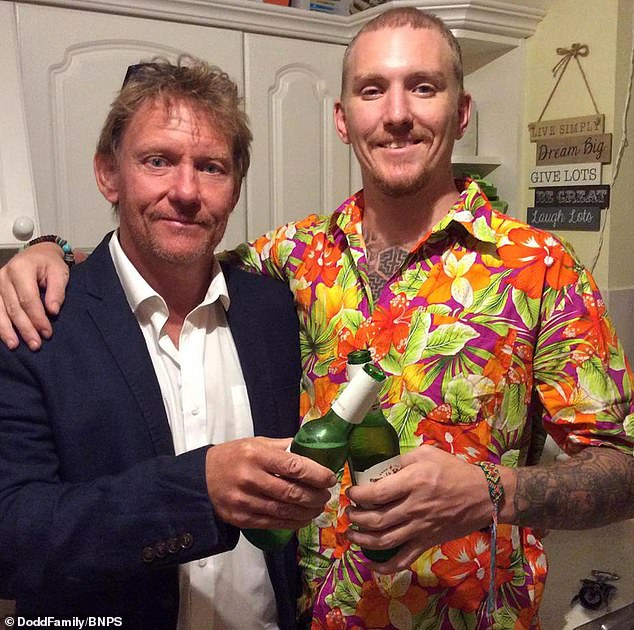 Chris had been travelling in south-east Asia for several months and was due to return to the UK on March 14 when he found the mobile.

He was staying just a ten-minute drive from the airport and left the phone in his room while he went to get some food but returned to find the Thai police waiting for him.

Chris was kept in a Thai prison for more than week before his family were able to start fundraising and hire a lawyer to get him released on bail.

Even then he was placed on a no fly list and had his passport confiscated. He was also ordered to go to court every 12 days to check on the progress of his case.

After 48 days his lawyers were able to provide evidence and the money to make the non-prosecution order.