PRESIDENT Donald Trump is now promoting an "official survey" on Facebook, asking social media users if they think the app TikTok should be banned in the United States.

On Friday, the official Facebook page for President Trump posted a link to a "petition" to ban TikTok. 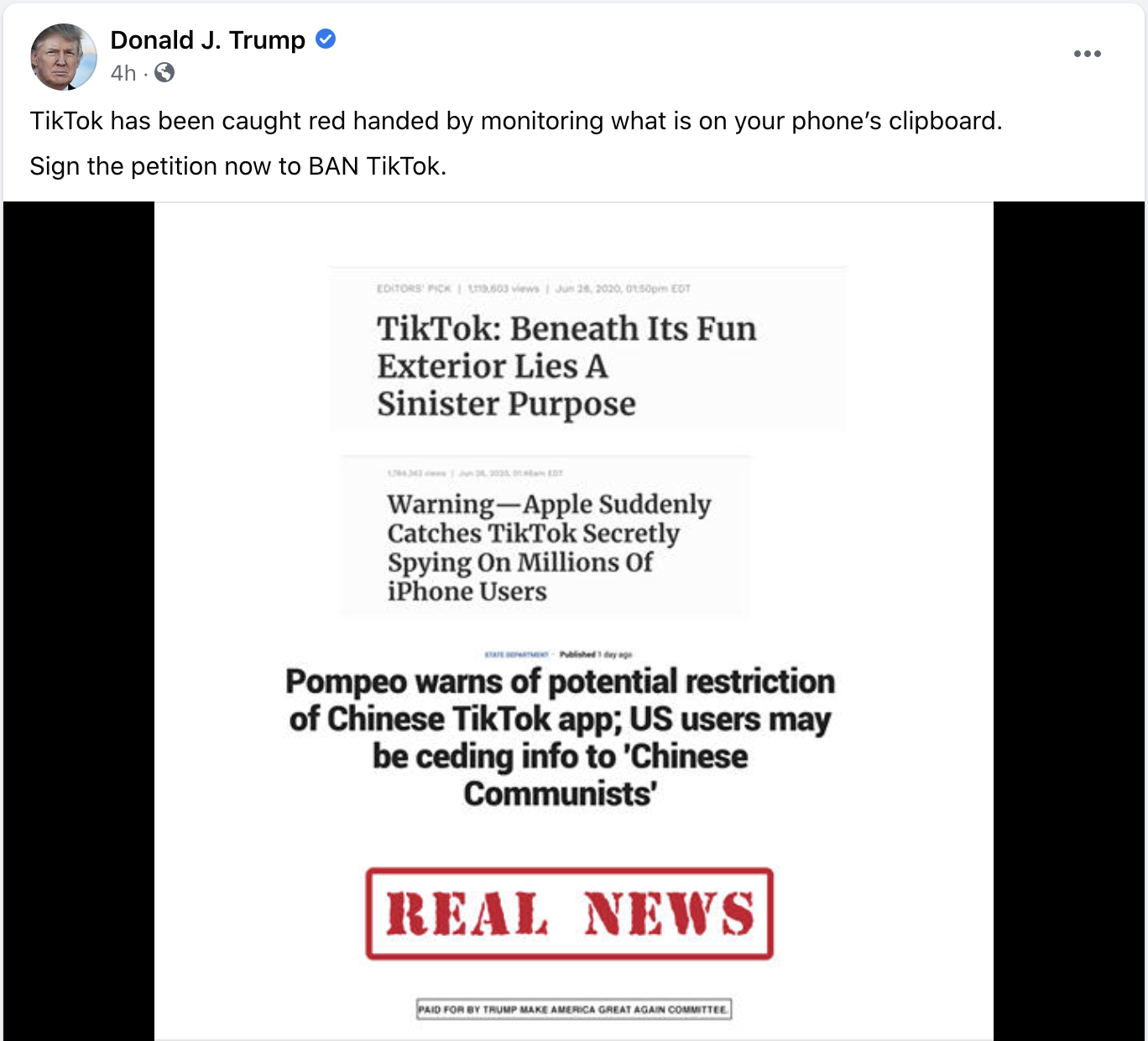 The post said, "TikTok has been caught red handed by monitoring what is your phone's clipboard. Sign the petition now to BAN TikTok."

It included a photo with different headlines from unnamed sources warning about the dangers of TikTok to everyday Americans. 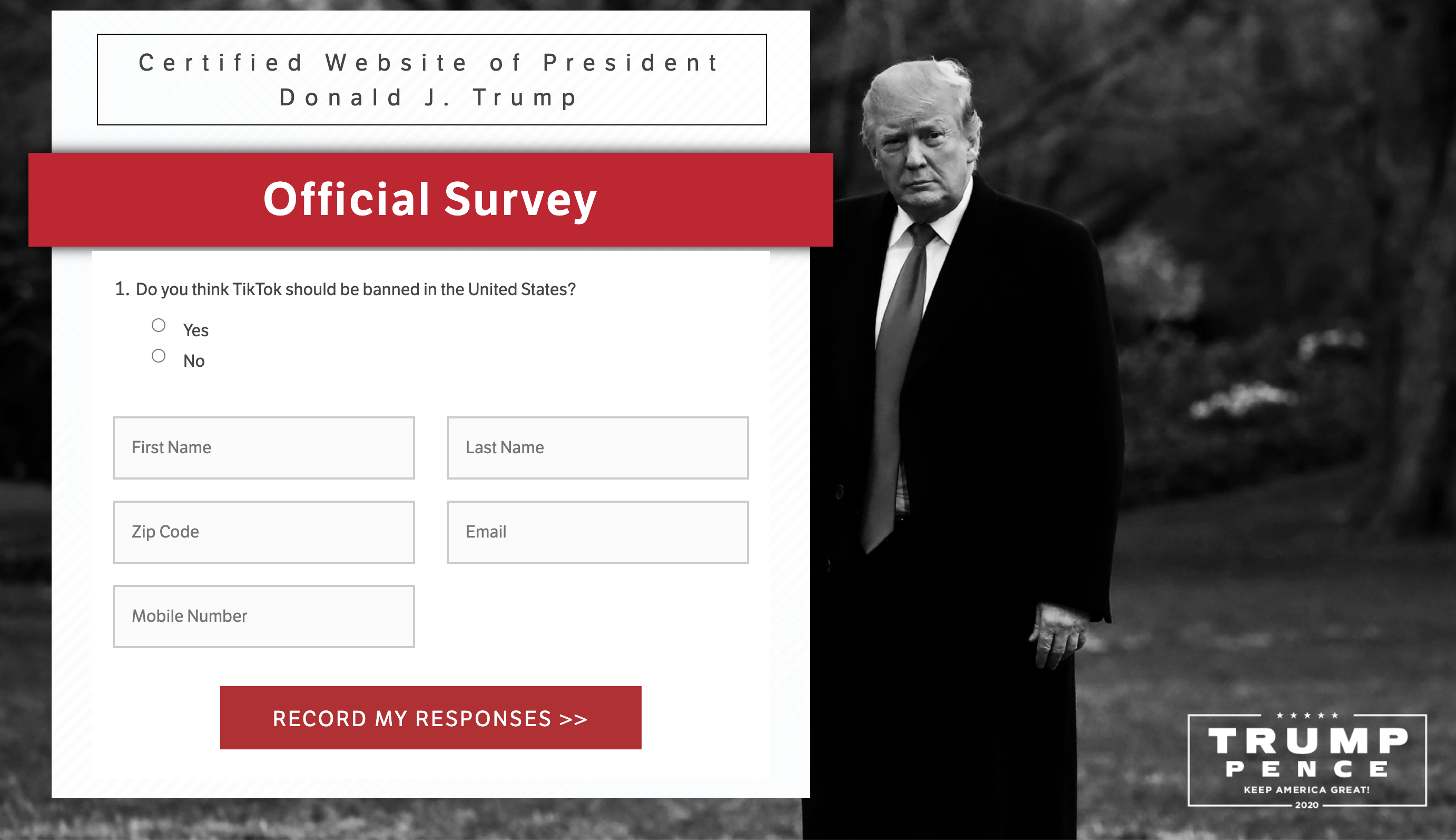 If Facebook users clip on the link provided, it brings up an "Official Survey" that is only one question.

It asks, "Do you think TikTok should be banned in the United States?" 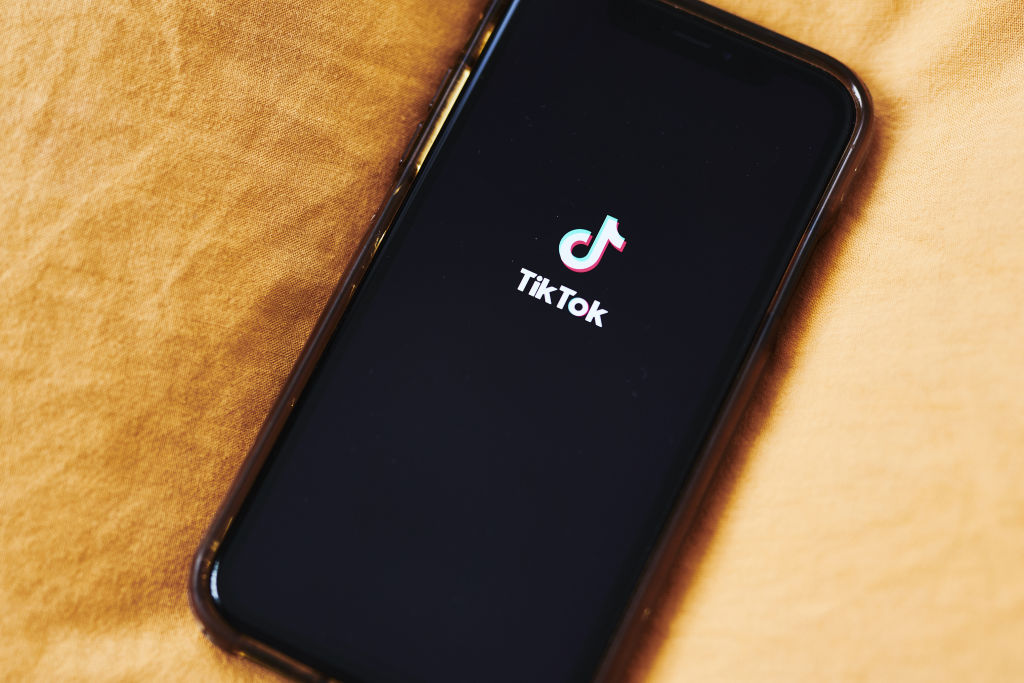 Users are then asked to choice between "Yes" or "No" and input their name and contact information. 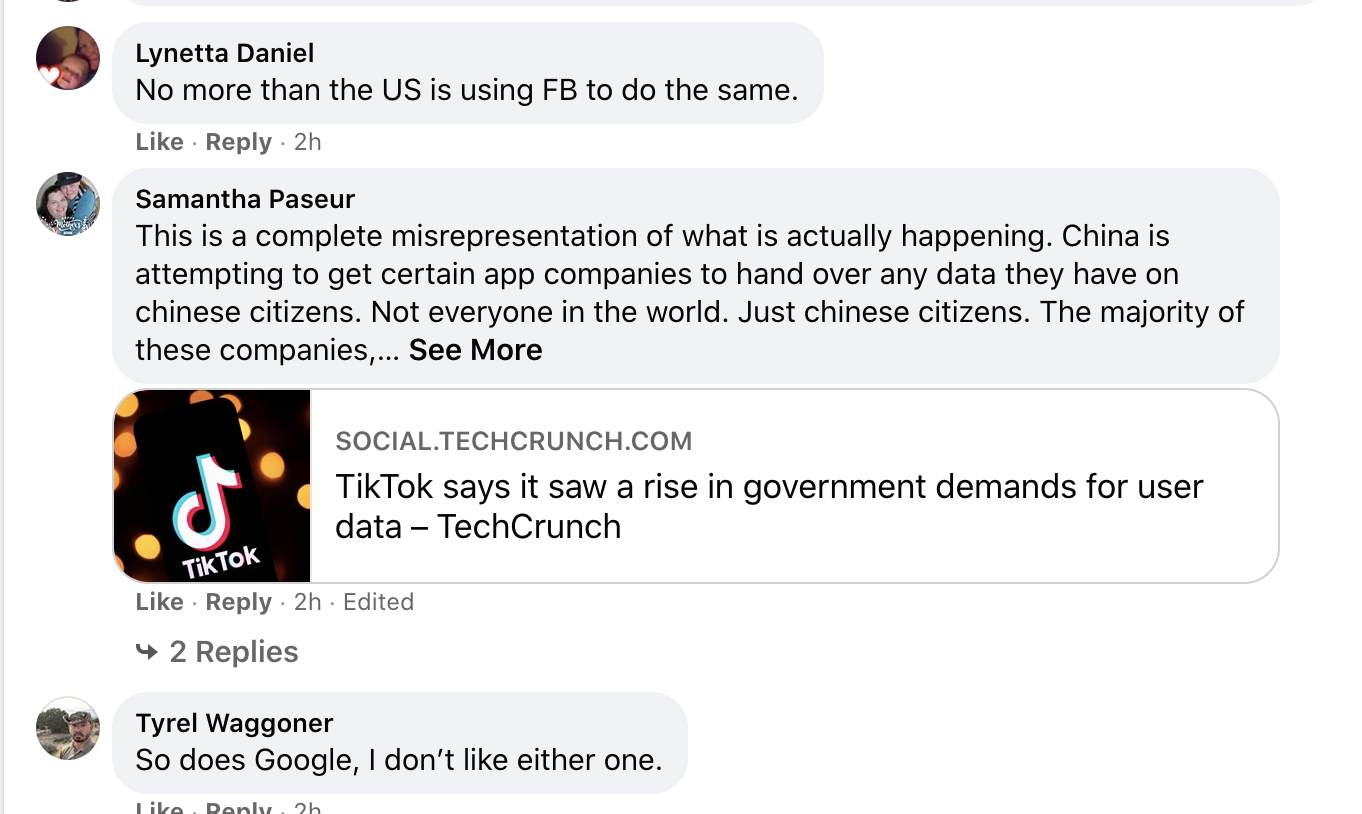 On Wednesday, the New York Times reported the administration was weighing action against Chinese social media services like TikTok under the International Emergency Economic Powers Act.