President Donald Trump said last week that it was a ‘beautiful thing’ when MSNBC journalist Ali Velshi was struck by a rubber bullet during a protest in Minnesota following the death of George Floyd.

Floyd died under the knee of a Minneapolis police officer on May 25. In the days following his death, protests erupted across the US and eventually the world.

On May 30, Velshi was covering a peaceful protest when he was injured by police.

During Trump’s Friday night rally, he brought up Velshi’s injury while speaking to a crowd in Minnesota.

‘I remember this guy Velshi. He got hit on the knee with a canister of tear gas and he went down. He was down. “My knee, my knee,’ Trump mistakenly recalled. 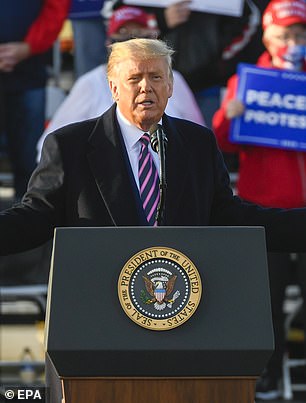 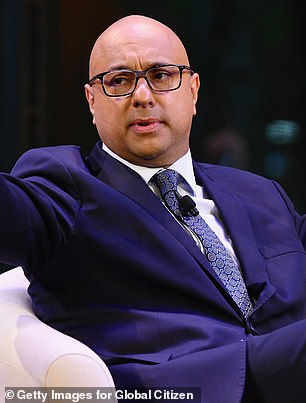 Velshi was actually struck by a rubber bullet and not a canister as Trump claimed.

Trump continued: ‘These guys didn’t care. They moved him aside and they just walked right through. It was like the most beautiful thing.’

The next day, Velshi tweeted about Trump’s remarks and questioned the president about what his injury had to do with law and order.

‘So, @realDonaldTrump, you call my getting hit by authorities in Minneapolis on 5/30/20 (by a rubber bullet, btw, not a tear gas cannister) a “beautiful thing” called “law and order”. What law did I break while covering an entirely peaceful (yes, entirely peaceful) march?’

In a statement, MSNBC slammed Trump for his comments about Velshi.

The next day, Velshi tweeted about Trump’s remarks and questioned the president about what his injury had to do with law and order 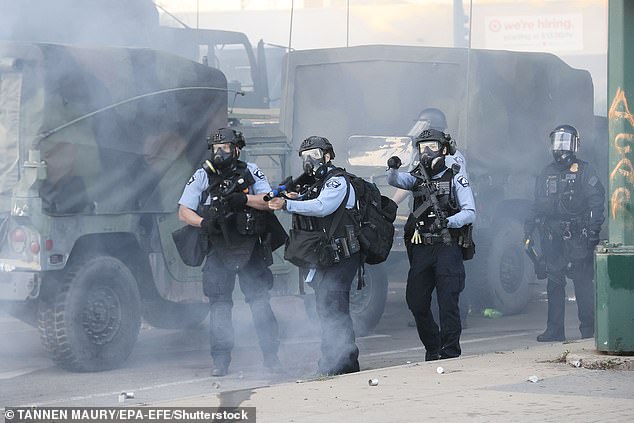 ‘Freedom of the press is a pillar of our democracy,’ the statement reads.

‘When the president mocks a journalist for the injury he sustained while putting himself in harm’s way to inform the public, he endangers thousands of other journalists and undermines our freedoms,’ the statement continued.

During the rally, Trump then took aim at Rep Ilhan Omar, who is Muslim American.

He asked the crowd if they were ‘having a good time with your refugees’.

‘How the hell did she win?’ Trump asked.

He then claimed that Minneapolis would’ve been destroyed had he not called in the National Guard.

‘You wouldn’t have Minneapolis,’ Trump said.

Since narrowly losing Minnesota in 2016, Trump has emphasized the state in hopes that a victory this year could offset losses in other states.

He has visited regularly and kept a close eye on issues of particular importance to rural corners of the state. He’s reversed an Obama administration policy prohibiting the development of copper-nickel mining and has bailed out soybean, corn and other farmers who have been hurt by trade clashes with China.

Skull that sat on fireplace mantel for years linked to missing person: authorities