Trump news: Will Ivanka Trump run for the Senate in Florida?

Ivanka Trump discusses being 'competitive' like her father in 2014

Donald Trump and his family members will move out of the West Wing by January 20 in the new year. Voters dealt Mr Trump a devastating blow in November, casting record numbers of votes in his rival Joe Biden’s favour, and denying him a second term. But the President has carried on resisting the incoming change, and his family has looked ahead to what comes next.

Will Ivanka Trump run for the Senate?

Ivanka Trump served with her father in the West Wing from his entry in 2017 to now.

Formerly his right-hand woman during his reality television and business days, she took up the role of presidential advisor and Director of the Office of Economic Initiatives and Entrepreneurship.

Pundits pegged her as a “tempering” influence on the President, and speculation suggests she will continue to flirt with US politics. 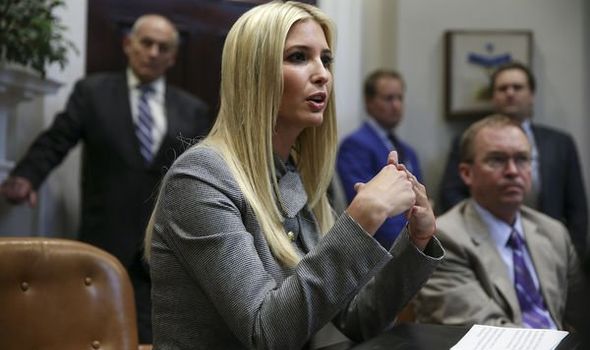 We will use your email address only for sending you newsletters. Please see our Privacy Notice for details of your data protection rights. Supreme Court overturns Trump legal bid – what can he do now?

Ms Trump will leave Washington with her father but could aspire for office in Florida.

According to CNN, she recently bought a plot of land in the state with her husband Jared Kushner, who also served in several official roles under Mr Trump.

The sale of the multi-million lot in Biscayne Bay is allegedly still pending under contract, but if it goes through, Ms Trump would have a home in one of her father’s boltholes.

He claimed the state both this year and in 2016, securing him one of the biggest prizes in the Electoral College.

As a resident, Ms Trump could run for office in some capacity, and experts believe she is aiming for the Senate.

Ms Trump is yet to deny any future political ambitions, with and a source said she definitely “wants to run for something”.

They told CNN: “Ivanka definitely has political ambitions, no question about it.

“She wants to run for something, but that still needs to be figured out.”

Adam C Smith, once a political editor with Florida’s Tampa Bay Times, said if she didn’t have ambitions for a more menial state office, she could set her sights on the Senate.

He added the soon-to-be ex-presidential advisor could proceed to the upper chamber as early as 2022.

Mr Smith said: “Assuming she’s not interested in a low-profile political office, that would leave the United States Senate as a possibility.

“Marco Rubio is up for reelection in 2022 and is expected to run again.”

“But I wouldn’t think Rubio would deter her if she wanted to run.

“The last time Marco Rubio ran against a Trump in Florida, in the 2016 presidential primary, Rubio was crushed by 19 percentage points.”

For other offices, she may have to wait longer than 2022, given the staggered nature of US political terms.

House of Representatives seats won’t come up for grabs until 2024, and the state’s Republican governor, Ron DeSantis, won’t vacate office until 2023.