Coat on camera: Hilarious moment TV presenter throws off her jacket when she realises she is on air

This is the hilarious moment a TV journalist throws her coat into a bush after realising she’s wearing it during a broadcast.

In the clip, Maria Ryabova, can be seen wearing the thick grey overcoat as she stands waiting to give a broadcast in the city of Yuzhno-Sakhalinsk, Russia.

As the camera pans to a shot of her, the journalist looks less than happy to be standing outside in one of Russia’s coldest regions.

Ms Ryabova can be seen wincing from the cold as a chilly breeze whips across her before she suddenly releases she is on camera.

As both her and the show’s producer realise the error, he can be heard screaming: ‘Take off your coat! Throw it on the ground!’ Maria Ryabova, was filming a segment about the Russian victory day celebrations at the time 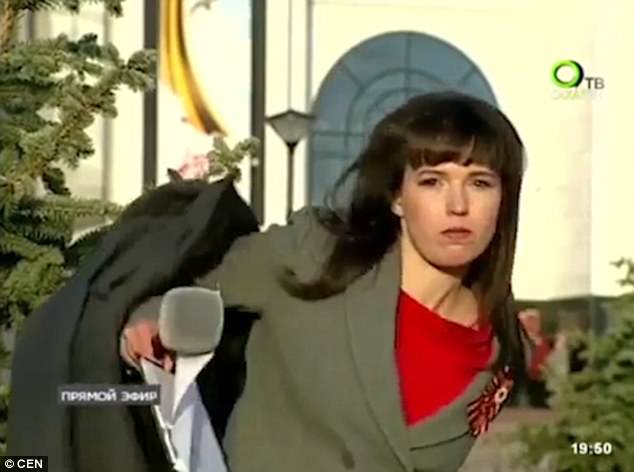 The broadcaster then quickly and clumsily tries to remove the garment.

When she eventually gets it off she flings it behind her into a bush before turning back to camera to give her piece.

She then did her best to resume her professionalism, by putting on her best smile and continuing with her story about celebrations to mark Victory Day in Russia.

Ms Ryabova was covering tributes to the war dead in Yuzhno-Sakhalinsk for the local Russian TV Channel, OTV Sakhalin.

Victory Day is a major public holiday which marks the anniversary of the end of the Great Patriotic War, as World War II is known in Russia.

It marks the surrender of Nazi Germany in 1945 which happened late in the evening of 8th May but is marked in Russia on 9th May as it was after midnight in Moscow. 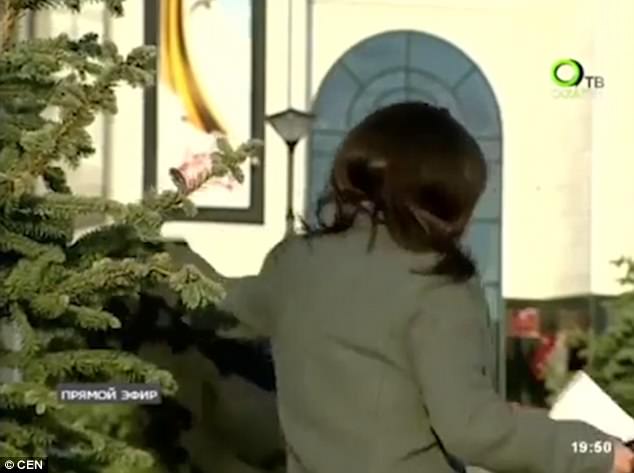 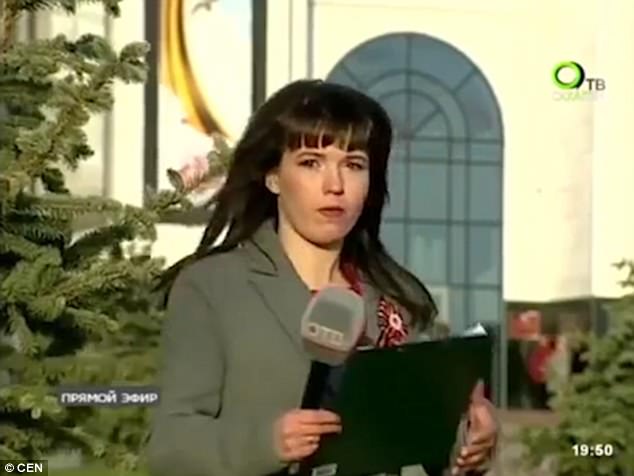 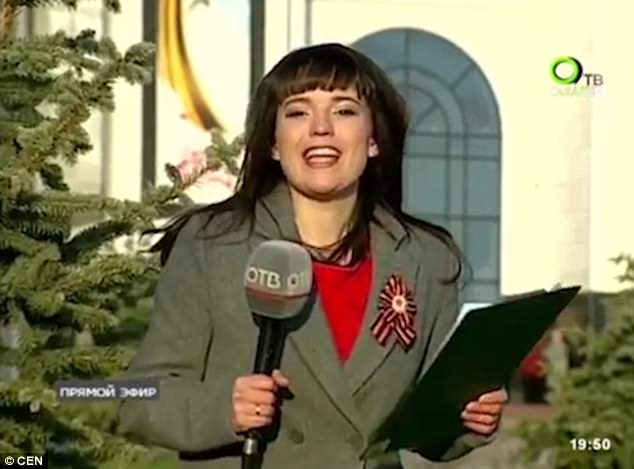