THE sun will shine on for Brits today ahead of a scorching 10-day heatwave next week.

London will enjoy the hottest temperatures with the mercury rising to 23C in the capital this afternoon. 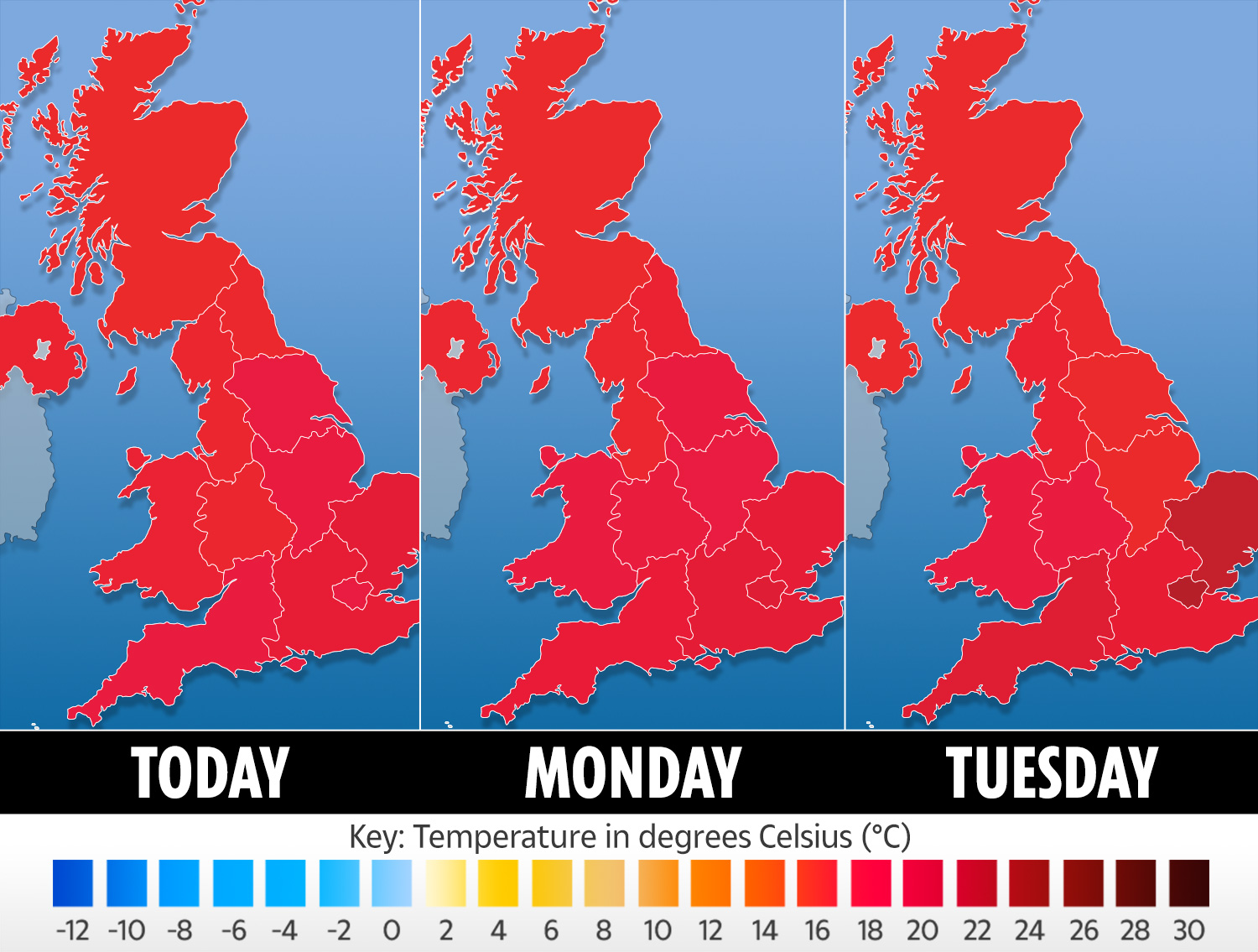 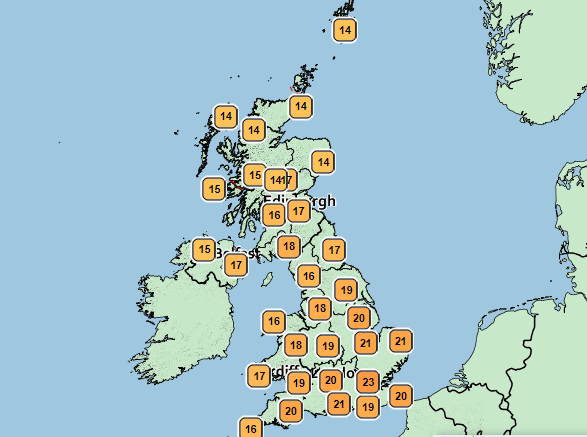 Scotland will see highs of 18C in Dumfries while crowds of sun-worshippers in Wales can bask in 19C rays in Cardiff.

There will be mostly dry conditions in the south with heavy showers across the north for parts of the day.

The pleasant weather will continue into Monday with highs of 18C in Kent and London.

Forecasters now predict Britain is heading for a heatwave thanks to an 'African heat flare'.

The 700 mile-wide heat flare will bring temperatures up to 35C next weekend, with the hot weather continuing until mid-month.

“Computer models suggest a very warm or hot period from Thursday, lasting for as long as mid-month. 35C is possible again.”

Met Office forecaster Marco Petagna said: “There are growing signals for further hot weather ahead. It could be deja vu with another southerly flow.

“But it's back to square one at the start of the week with a cool north-westerly."

Beaches were rammed on Friday and Saturday sun-seekers were told to stay away from the shores as coastlines in Bournemouth and Brighton were packed to capacity.

Roads melted in the heat, and Network Rail halved some train speeds as rails risked buckling.

The Coastguard had its busiest day for more than four years on Friday – as it dealt with more than 300 incidents. 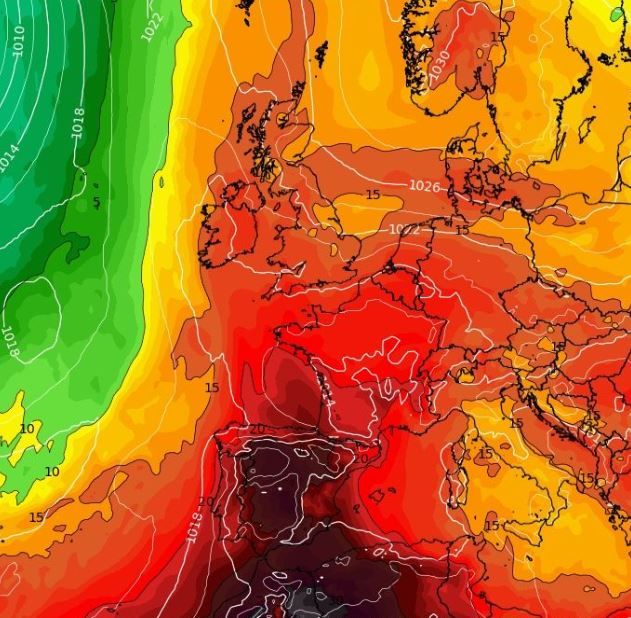 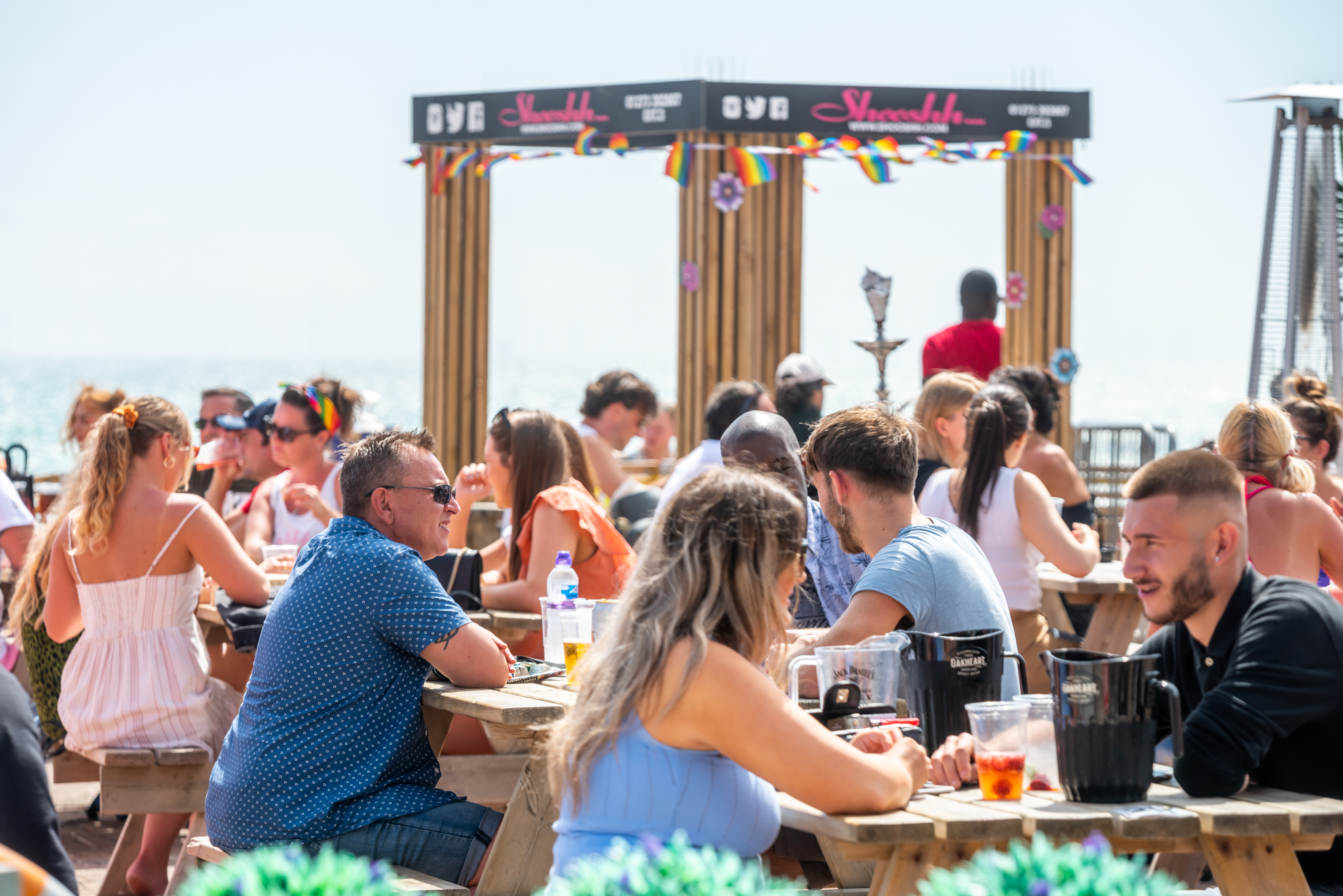 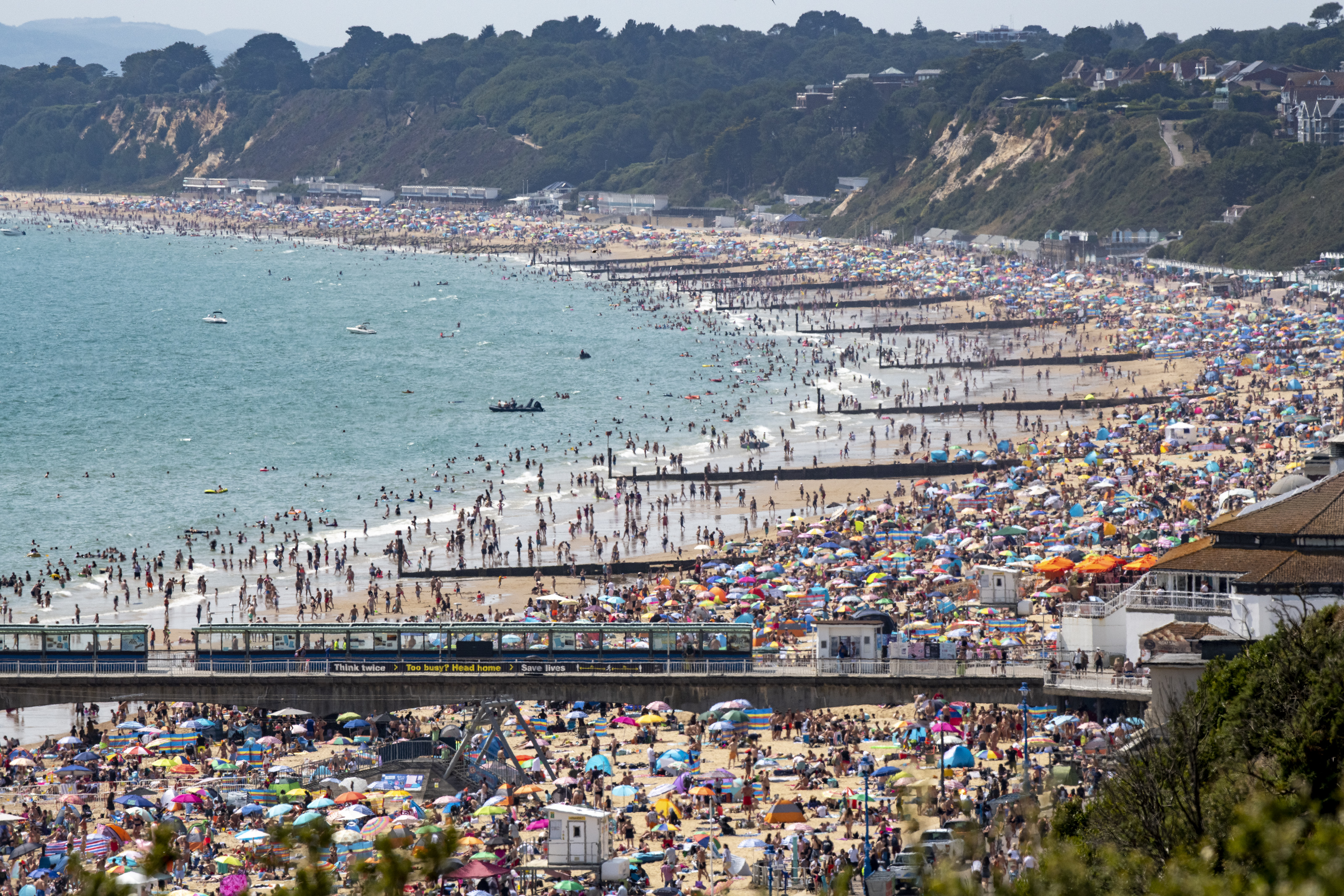 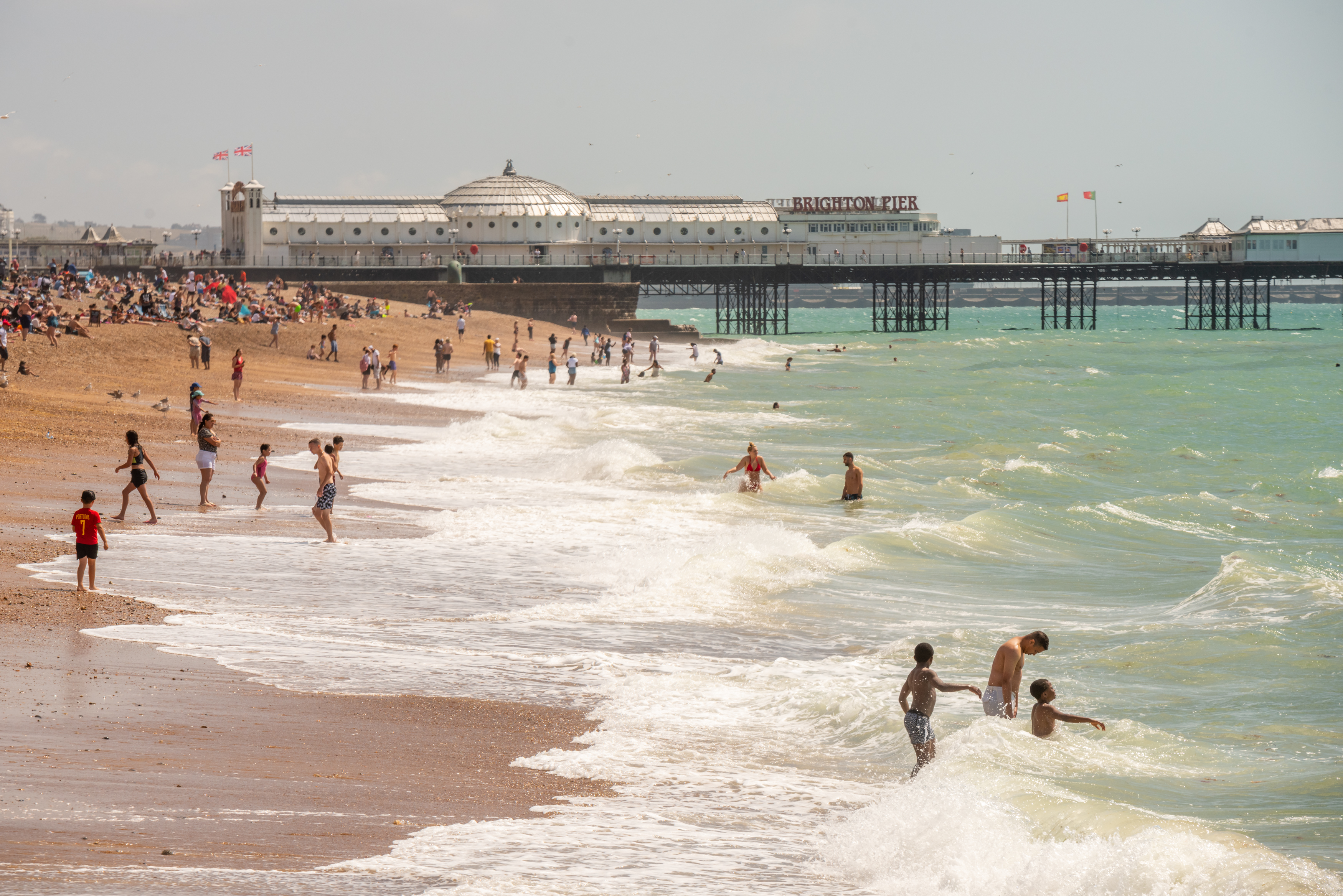