BRITS will bask in temperatures of 23C before a sizzling heatwave could return.

Crowds flocking back to bars and beaches after the lockdown can enjoy even more summer sun today and into next week. 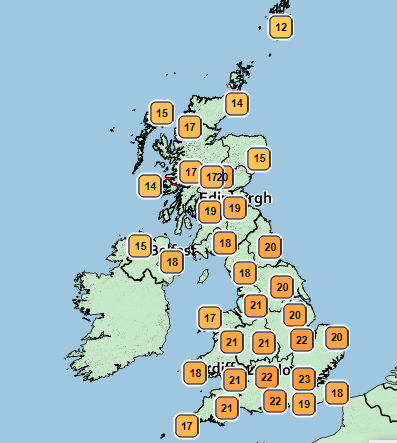 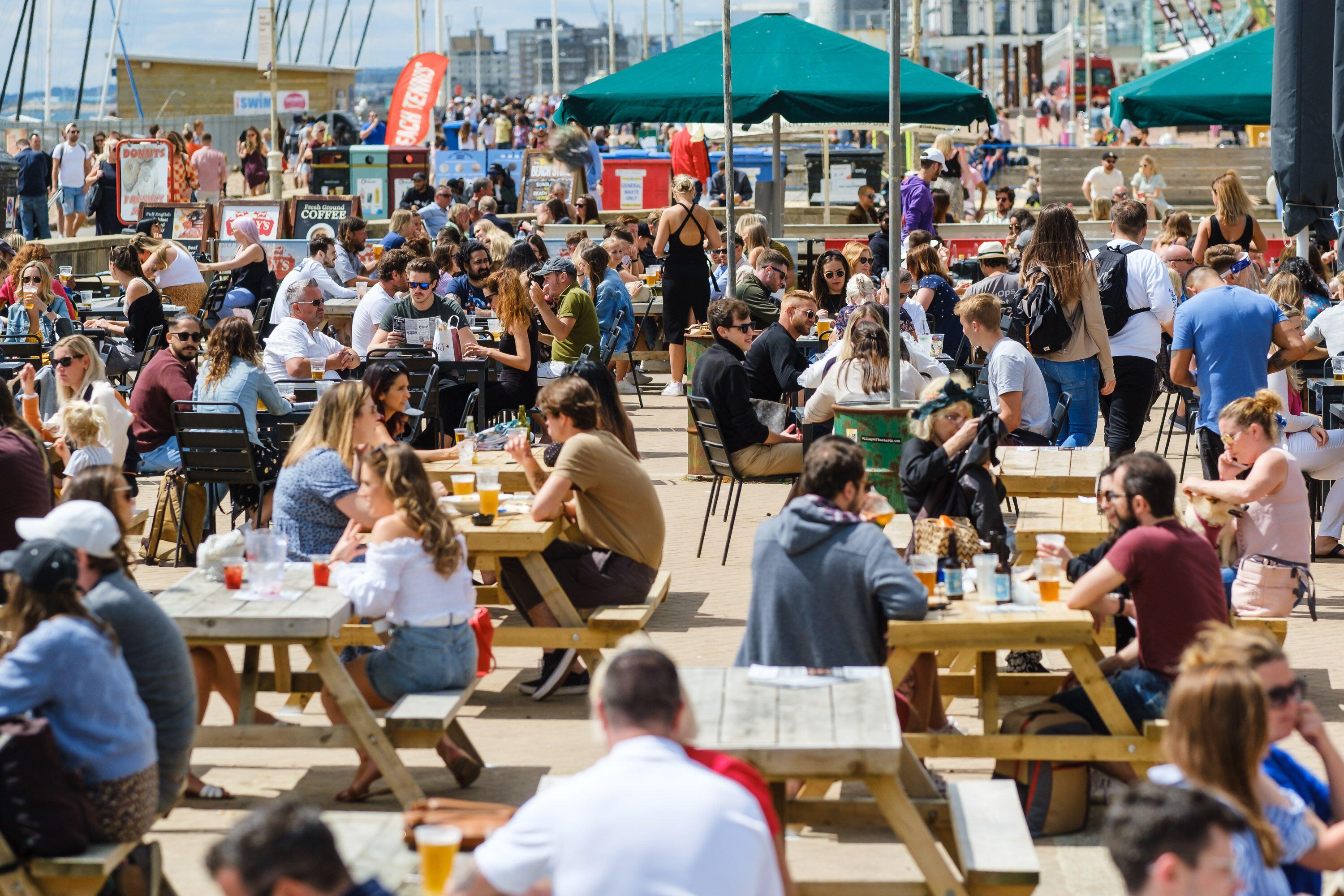 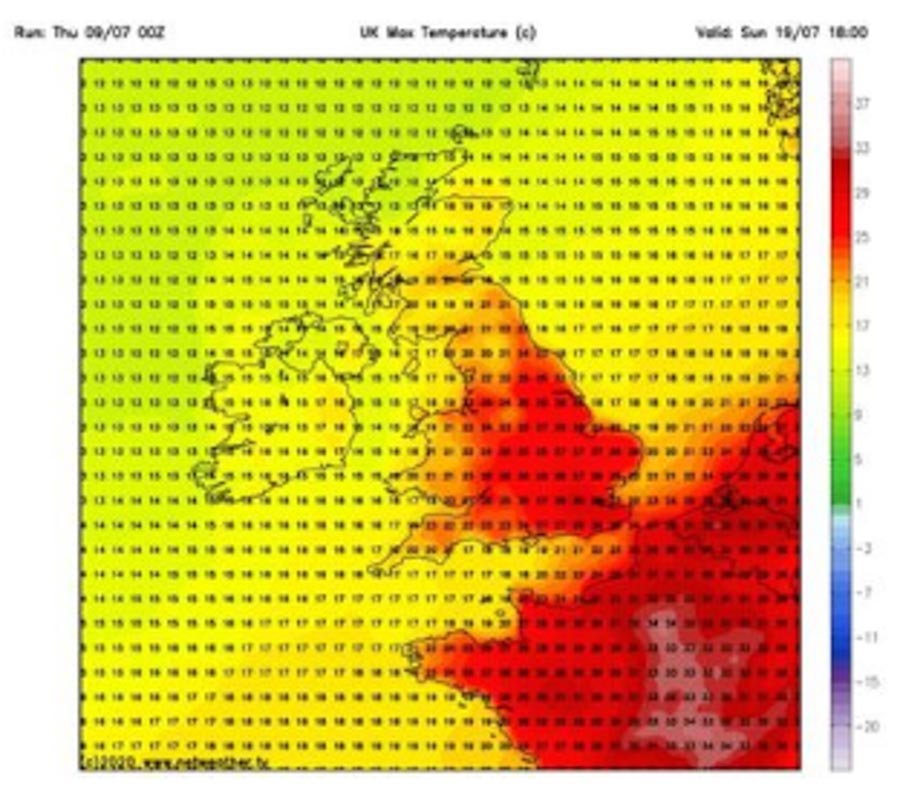 It’s also predicted that we are set to be scorched by a heatwave next week with temperatures reaching 30C on Sunday, Netweather maps show.

The conditions will be so intense that temperature maps from WXCharts show the south of England and much of Europe turning black, the Express reports.

The Met Office said it was "too early" to tell if there will definitely be a heatwave but temperatures could be in the "mid-20s".

But today temperatures will peak in London and the south east reaching 23C and then again on Monday.

While in the north of the country and Scotland there will be highs of 20C in Newcastle and 19C in Edinburgh.

It will be cooler in Northern Ireland and Wales with temperatures peaking at 16C over the next two days.

Met Office meteorologist Craig Snell also said today will be the warmest day of the weekend.

He said: "It'll be warm especially towards the South East.

“On Monday we may see temperatures of 25C to 26C in the far South East. It will warm up gradually as the week goes on, it's not going to quickly shoot up.

"Generally the dry and sunny weather will persist over that period for most of England and Wales.”

Coral's Harry Aitkenhead said: "The rain of early July looks set to become a distant memory and we make this month firmly odds on to break the record as the hottest ever.” 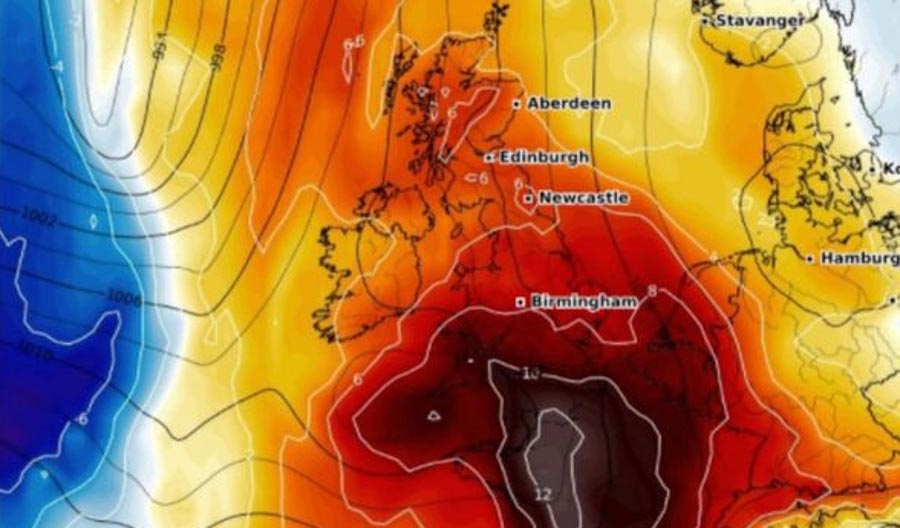 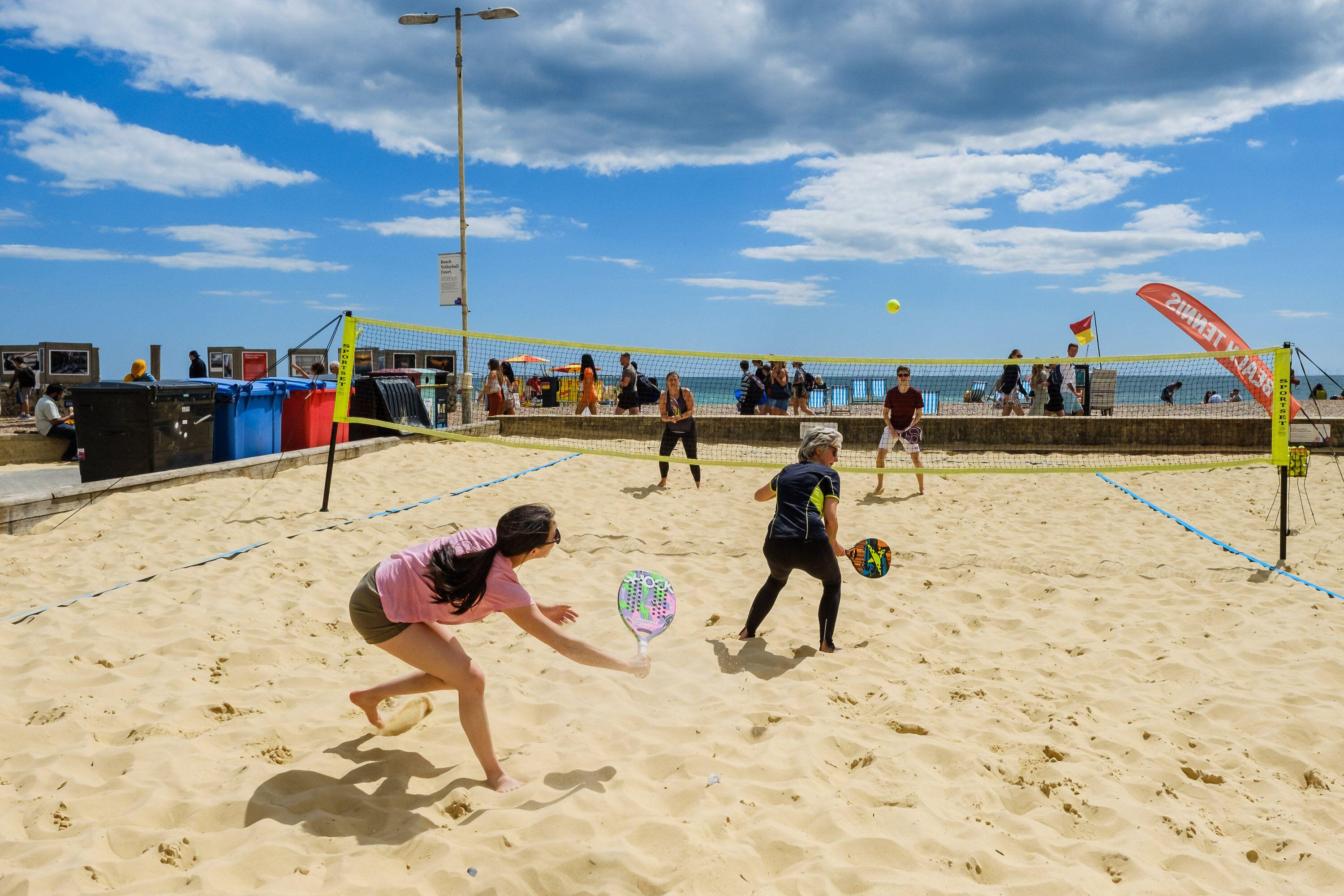