The UK’s renowned arts and cultural institutions receive a lifeline after some warned they might not be able to reopen. 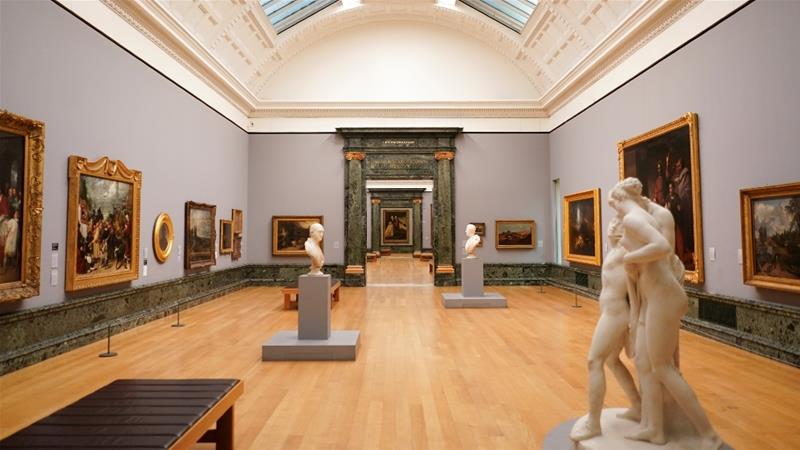 The UK government has announced more than 1.5 billion pounds ($2bn) to help the country’s renowned arts and cultural institutions recover from the coronavirus pandemic after some theatres and music venues warned that without support, they might never reopen.

The rest of the funds will go to Northern Ireland, Scotland and Wales as well as to heritage construction projects in England.

Leaders of arts organisations breathed a sigh of relief at the announcement.

“When we heard last night, we slept for the first time since March,” Kwame Kwei-Armah, artistic director of London’s Young Vic theatre, said on Monday.

“It is a real vindication that we have been listened to and that the government understand that we were dying on our knees and also that we are an important part of our country’s recovery.”

Tamara Rojo, artistic director of the English National Ballet, said “this package gives our sector a fighting chance of survival”.

Monday’s announcement comes after intense lobbying of UK Prime Minister Boris Johnson’s Conservative government by arts leaders, who say British culture is a 100-billion-pound ($124bn) a year industry, essential to the economy and to the nation’s global image.

Some UK arts institutions are beginning to open their doors after more than three months of lockdown, starting with the National Gallery in London, which reopens on Wednesday.

But social distancing rules and an almost total absence of tourists mean they face a big financial hit.

Theatres and concert venues have not been told when they can admit audiences, and several major venues, including Nuffield Southampton Theatres in southern England, have already announced they will close permanently or lay off hundreds of staff.

The rescue package is intended to help venues survive until April. But theatres warn they may go bust if they cannot get paying audiences through the doors until then.

Some question why people are allowed to sit in tightly packed rows on planes but not in theatres.

Composer and impresario Andrew Lloyd Webber said on Twitter: “Great to see the Government support the arts, but what we really need is for the UK’s theatres to open safely as soon as practically possible.”

But he said theatres would not be able to return to normal until the need for social distancing was over – and it was too soon to say when that will be.

“I want to ensure it can happen,” he told the BBC. “I just want to be a bit realistic about the challenges of getting us back to that point any time soon.”