Macron put his “Trump whisperer” skills to the test when he greeted the US President with a European-style peck when the two met at the White House. 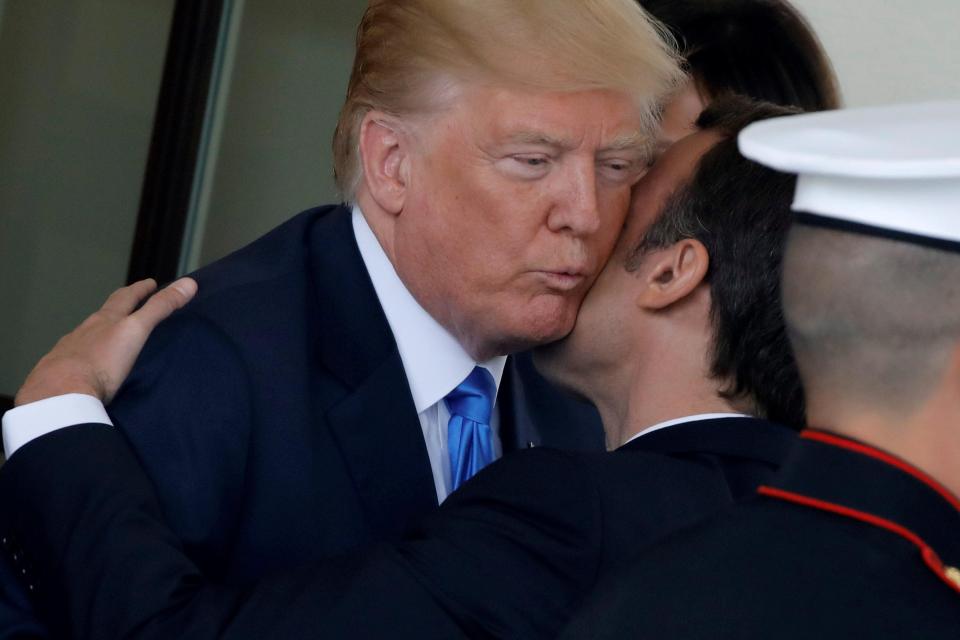 The French President, 40, and his wife Brigitte are in Washington for a three-day state visit where he will discuss hot button issues such as Syria and the Iranian nuclear deal with the Republican firebrand.

Following the smooch, both of the macho world leaders appeared on the south lawn of the White House to plant a tree which was a gift from the Macrons.

On Monday evening, the pair and their spouses boarded the US leader’s Marine One helicopter that whisked them to Mount Vernon for a private dinner. 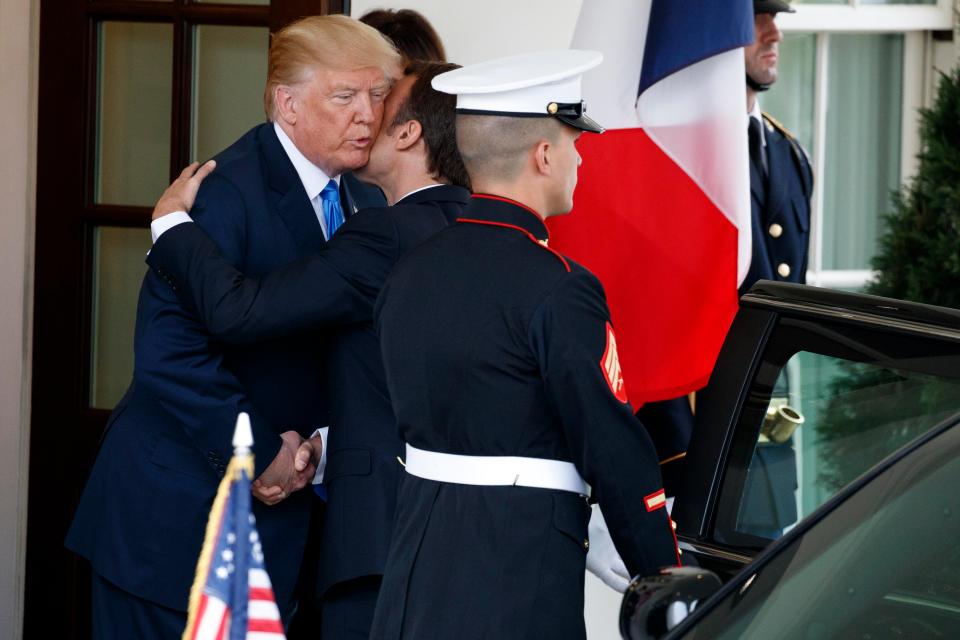 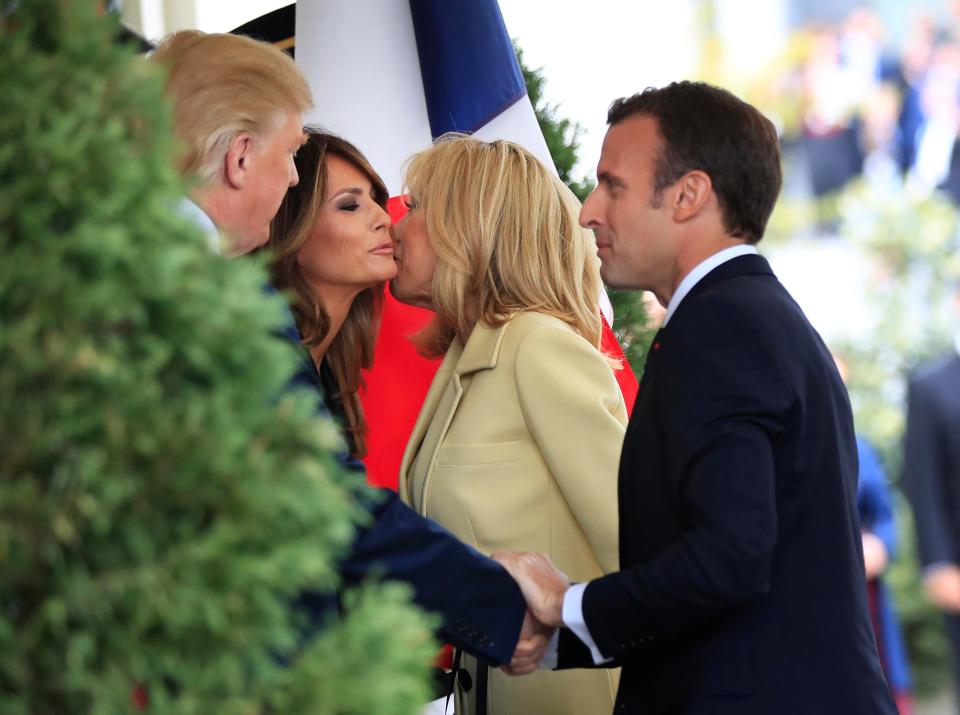 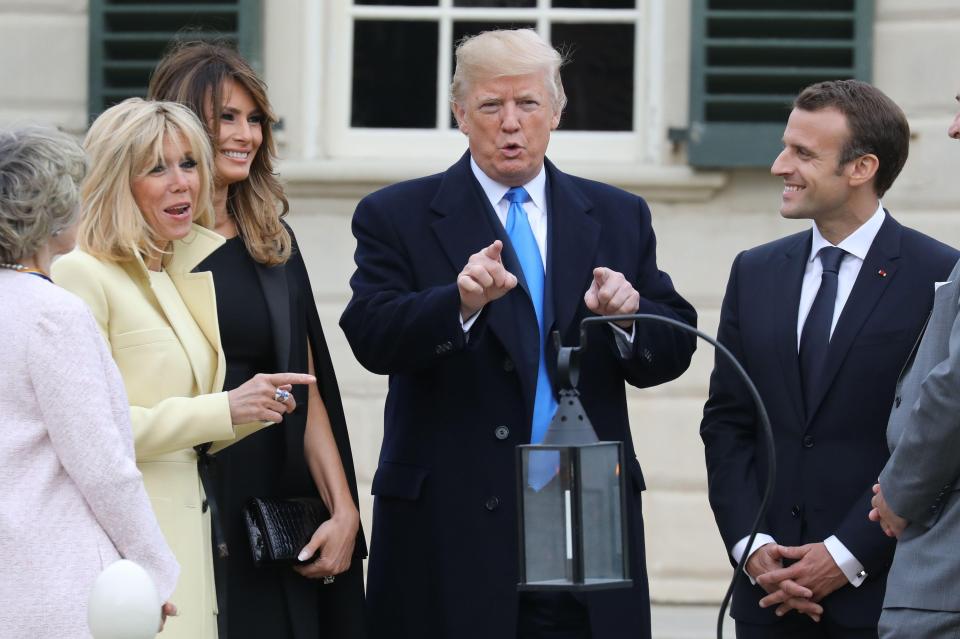 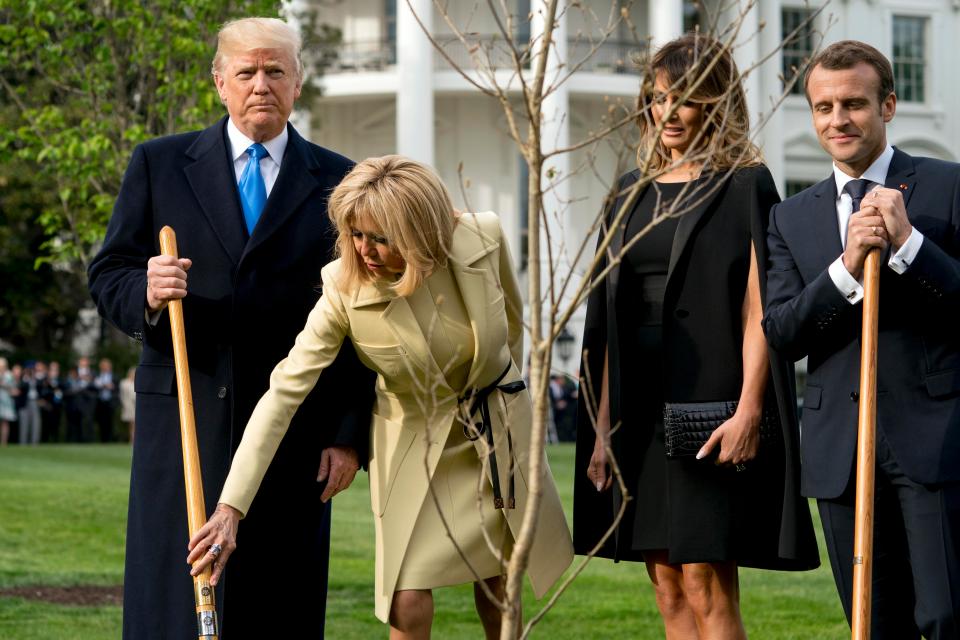 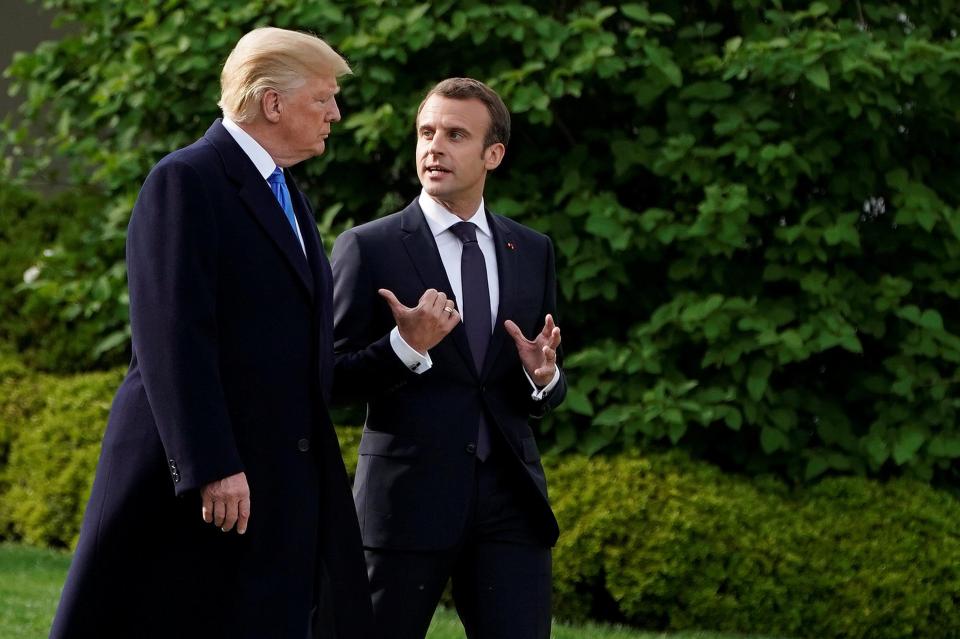 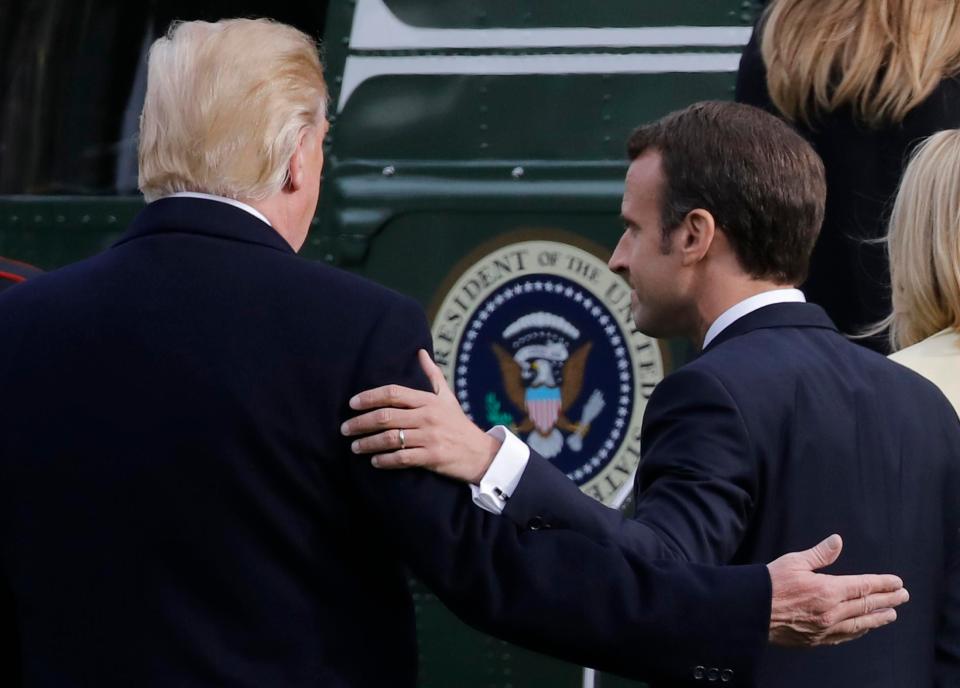 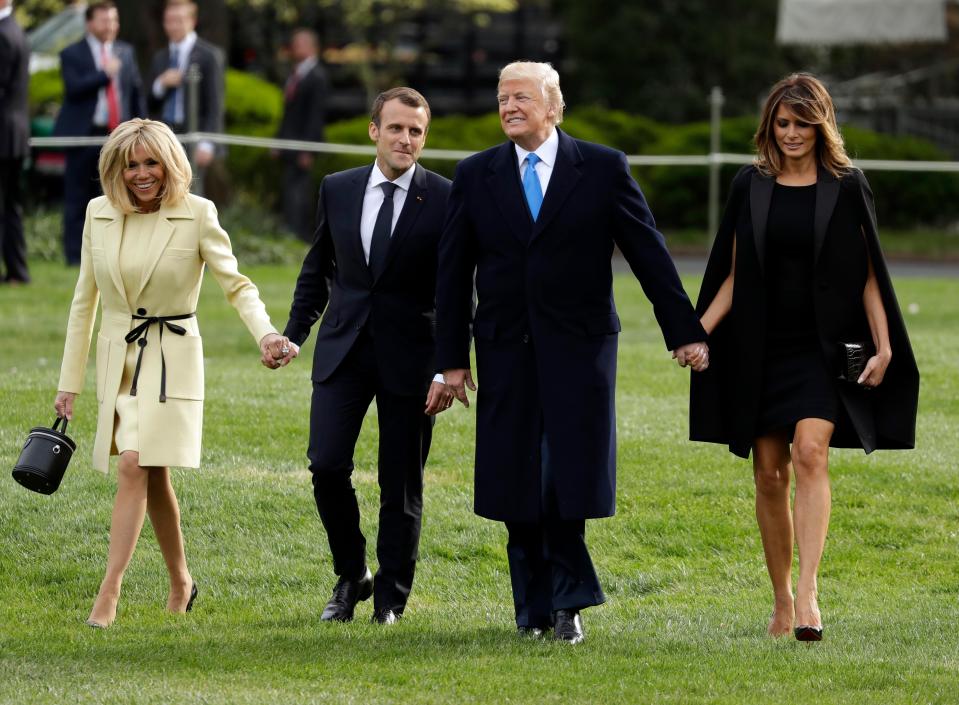 Trump ended his first year in office without receiving a foreign leader on a state visit, the first US President in nearly 100 years to fail to do so.

He was Macron's guest last July at the annual Bastille Day military parade in the centre of Paris.

Macron will be welcomed back to the White House on Tuesday with a traditional arrival ceremony featuring nearly 500 members of the US military and a booming 21-gun salute.

Officials in Paris said the visit would cement the pair's “intense, close relationship built on trust” which includes daily phone calls over the Syria crisis.

The First Lady settled on a state dinner menu of rack of lamb and nectarine tart, along with after-dinner entertainment provided by the Washington National Opera for about 150 guests.

After his plane landed at a US military base near Washington on Monday, Macron said: "This is a great honour and I think a very important state visit given the moment of our current environment."