A United Nations chief who tried to hush-up his sacking as a sex pest has a new job – promoting press freedom.

Frank La Rue was booted out of his UN post after the Mail revealed ‘MeToo’-style allegations he sexually harassed a woman.

The high-powered diplomat, who formally complained about the press finding out, is now in charge of promoting…investigative journalism.

He has been appointed chairman at a global organisation to champion freedom of expression and ‘transparency’. 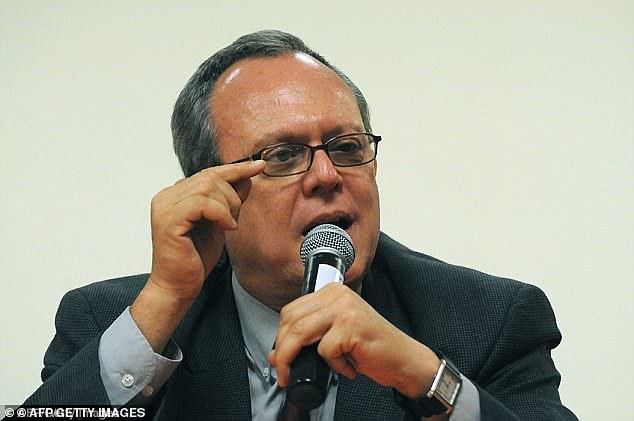 But Mr La Rue has been less than keen to trumpet the news about himself being thrown out of the UN for sexual harassment. In diplomatic circles, it was referred to as a ‘MeToo’ incident – a reference to the wave of sexual harassment allegations that followed the Harvey Weinstein scandal.

Mr La Rue was sacked in February 2018 as Assistant Director-General of Unesco, the UN’s cultural arm, based in Paris.

His publicly-funded job there was to promote freedom of expression globally and organise World Press Freedom Day events. In speeches around the globe, he has staunchly defended press freedoms as ‘fundamental’ to democracy.

Yet after being marched out of Unesco’s headquarters – following an investigation into claims he waged a campaign of sexual harassment – he lodged a formal complaint about the press finding out.

At a Paris employment tribunal, he claimed $160,000 (£120,000) in ‘damages for injury to his reputation’ against Unesco, accusing the UN agency of disclosing information about him. His claim was dismissed. 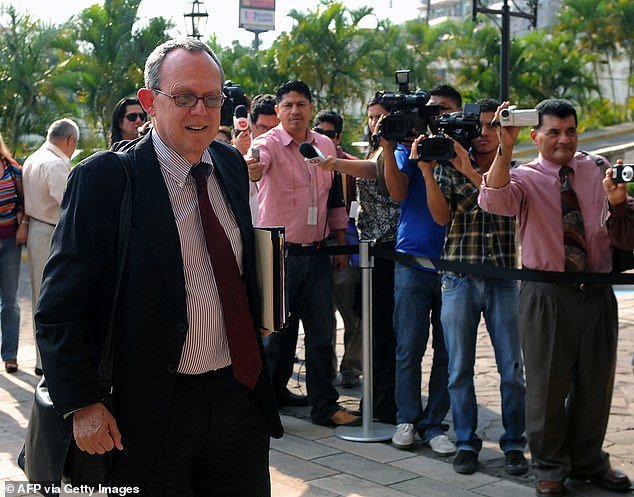 The high-powered diplomat, who formally complained about the press finding out, is now in charge of promoting…investigative journalism

Now Mr La Rue has been appointed chairman of Fundamedios, a human rights organisation committed to protecting journalists and ‘combating misinformation’. Yet Mr La Rue’s biography on its website makes no mention of his previous role at Unesco or how he lost it.

A Fundamedios spokesman said: ‘We have not withheld any information about our newly appointed chairman, Mr Frank La Rue. Our organisation has highlighted what we consider to be the most relevant aspects of his professional career.’ He added that Mr La Rue had ‘deep technical knowledge and strong empathy with victims of abuse’.

The spokesman said: ‘We know that during his tenure as Assistant Director of Unesco there was, at first, an anonymous accusation of an alleged sexual harassment by Mr La Rue on a female, and afterwards, a letter of accusation from the employee in question. Mr La Rue’s contract was then not renewed and ended in February 2018 as originally stipulated.’ 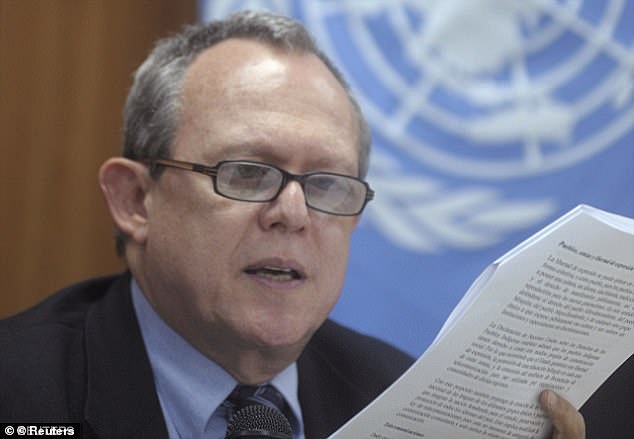 But a source said: ‘This is rubbish. Unesco investigated the case and on the basis of the findings, the Director-General took the decision to dismiss Mr La Rue with immediate effect.

Mr La Rue was given only 30 minutes in his office to collect his personal belongings in the presence of the Director of Human Resources who came accompanied by two security guards. Then the security guards escorted Mr La Rue to the main entrance and threw him out.’

Fundamedios, which boasts journalists from The New York Times and CNN as members of its advisory board, said it understood there was an ‘ongoing appeal process’ which Mr La Rue was pursuing with Unesco.

It said: ‘We do not dismiss any serious accusation, but we also guide ourselves by one of the essential pillars of respect for human rights and the very rule of law in a democracy: the presumption of innocence until there is a judgement by independent judges proving someone’s guilt.’

Mr La Rue did not respond to a request for comment. He has previously told the Mail he believed in ‘responsible reporting’ but refused to discuss the sexual harassment allegations.