A WALKER was left spooked after finding an empty coffin from Saudi Arabia washed up in the floods in a Northampton field.

Russell Moore, 49, and his sister Tracey Harper, 56, stumbled upon the lidless coffin after the River Nene burst its banks over Christmas. 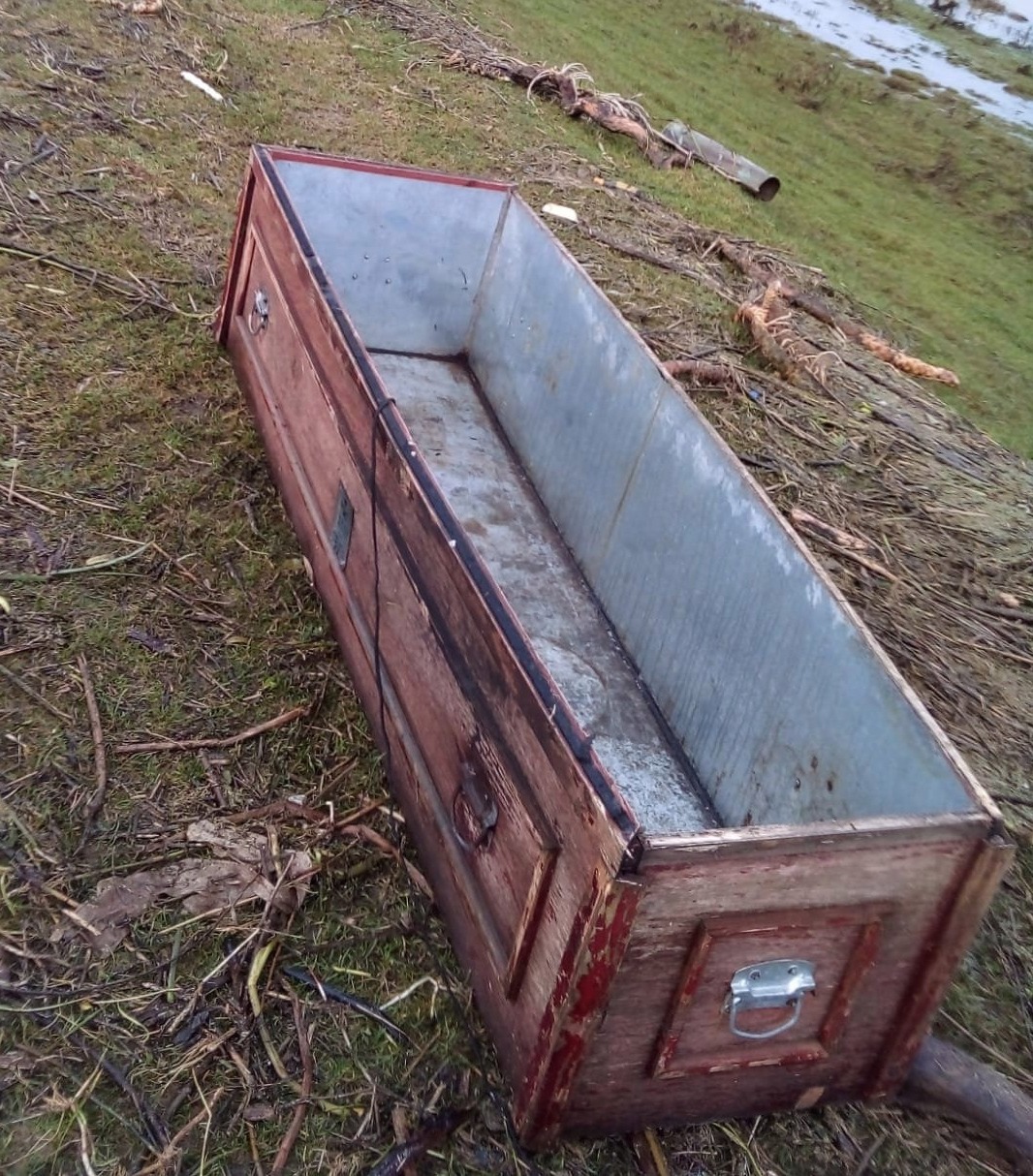 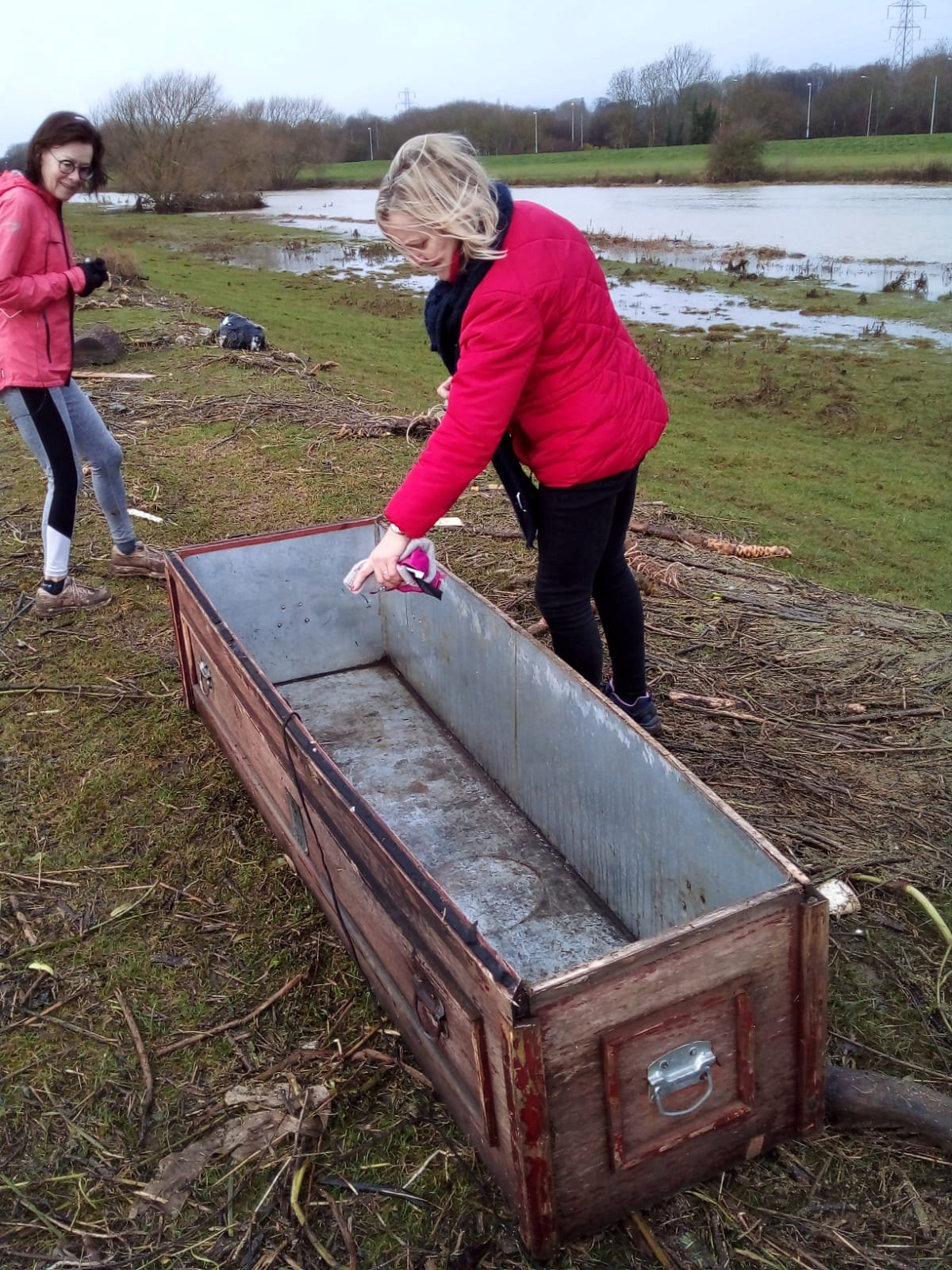 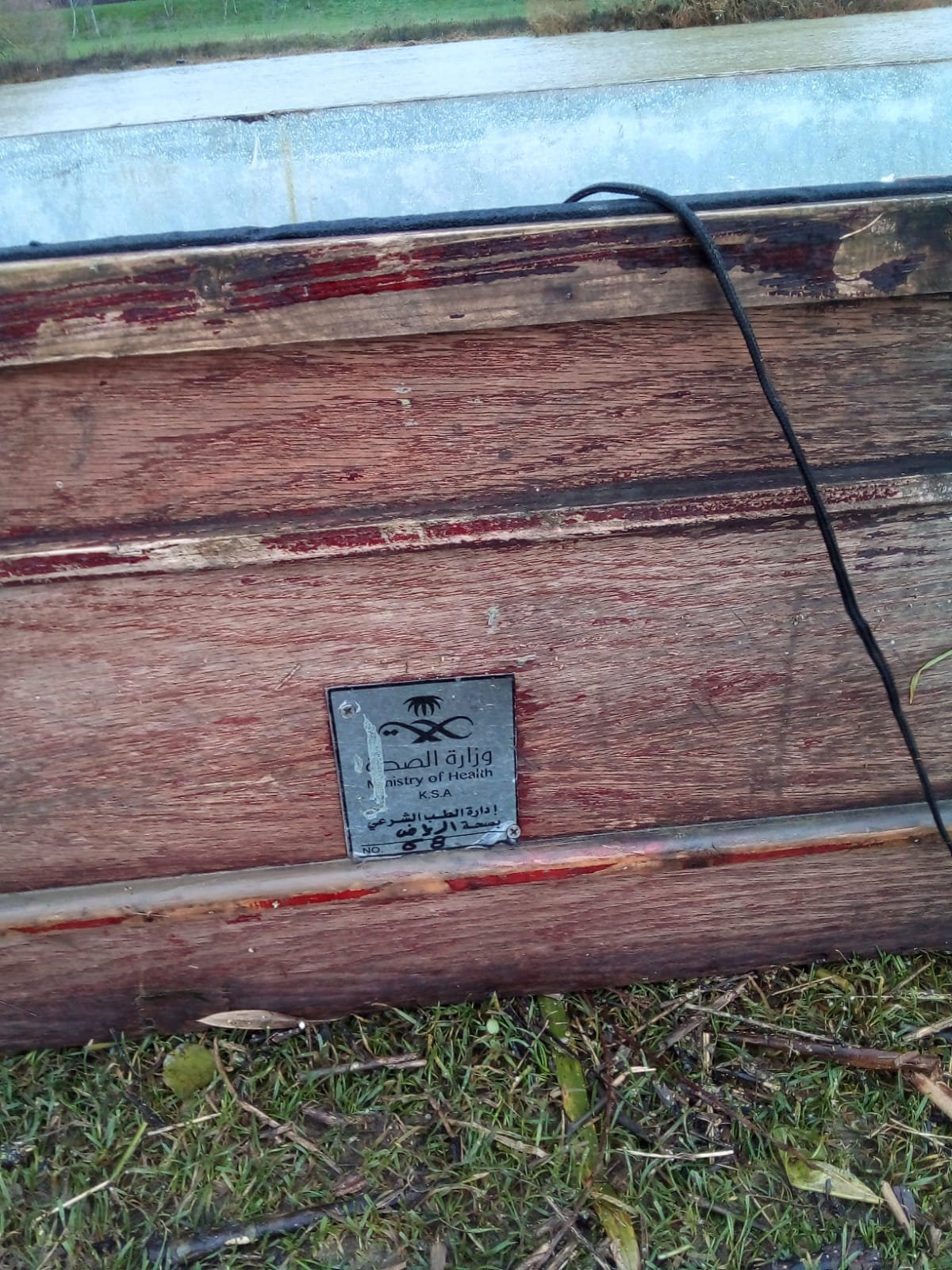 They found the wooden casket, which was inscribed with Arabic writing, while walking near Abington Meadows, Northampton, on Boxing Day.

Russell said: "I went out for a walk on the 25th and the whole field was flooded.

"I went for a walk there with my sister the next day. There was a lot of stuff washed up, like a go-kart and a fridge freezer.

"But then all of a sudden there was also this coffin – that was what stuck out the most."

The dad-of-two added: "It was a strange thing to see and I must admit we did have a look around in case the body was nearby but we couldn't find anything else.

"It was perfectly intact but it's a complete mystery how it got there. We thought maybe a cemetery had flooded but there isn't one nearby."

The coffin bears a plaque that says it originates from the Ministry of Health for the Kingdom of Saudi Arabia.

Russell, who is an electrical estimator, also found a fridge and a child's Go Kart which had been washed up by the floods.

It comes after Northampton suffered some of the worst flooding in the country after days of torrential downpours before Christmas.

Thousands were forced to flee their homes as Storm Bella wreaked havoc.

The whopping storm saw weather warnings across the country and battered Britain with winds of up to 106mph. 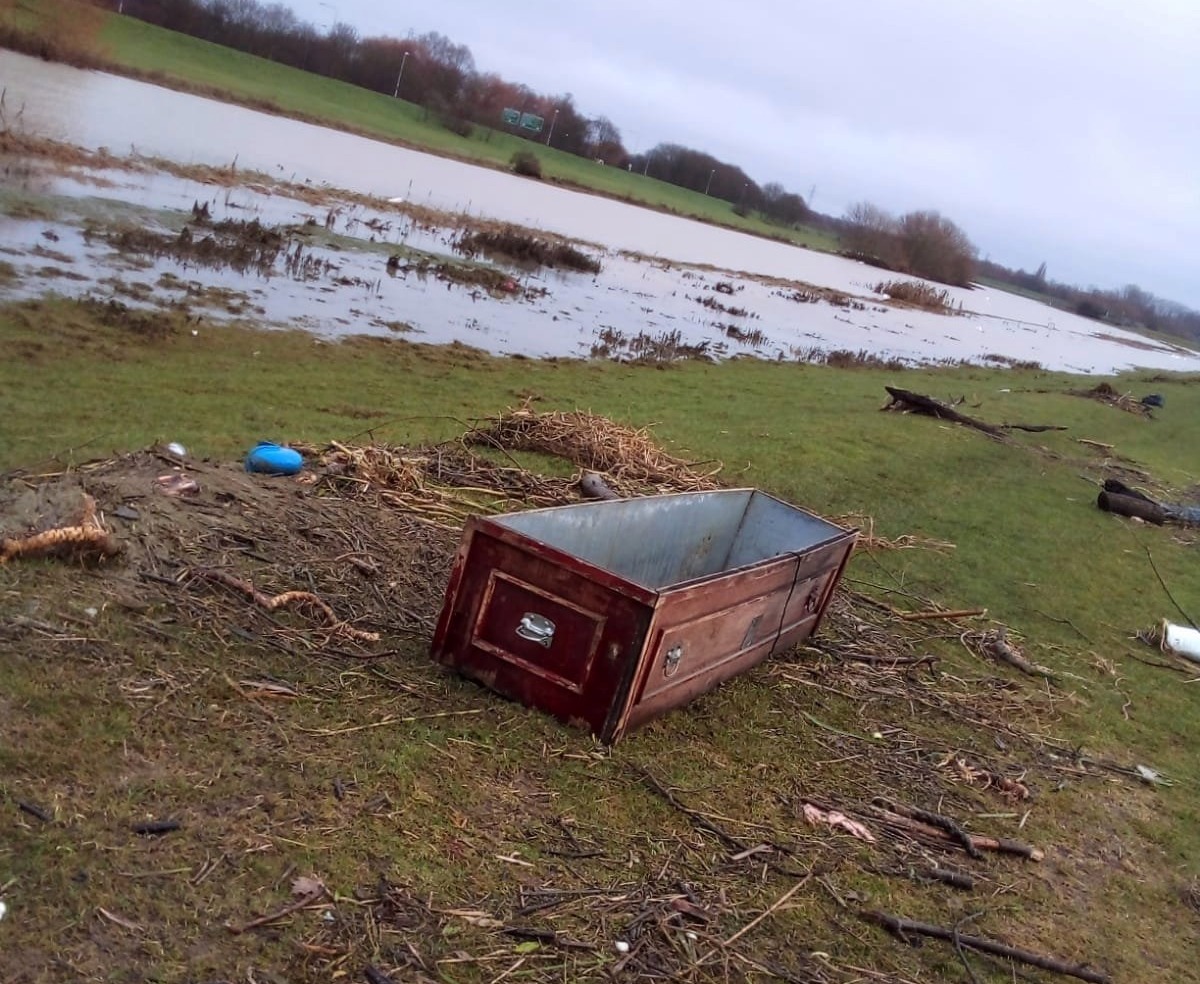