New York: A woman who once worked as a war correspondent for NBC News has accused Tom Brokaw, the top-rated television newsman in the United States for much of his career, of sexual impropriety in the 1990s, Variety and The Washington Post reported on Thursday. 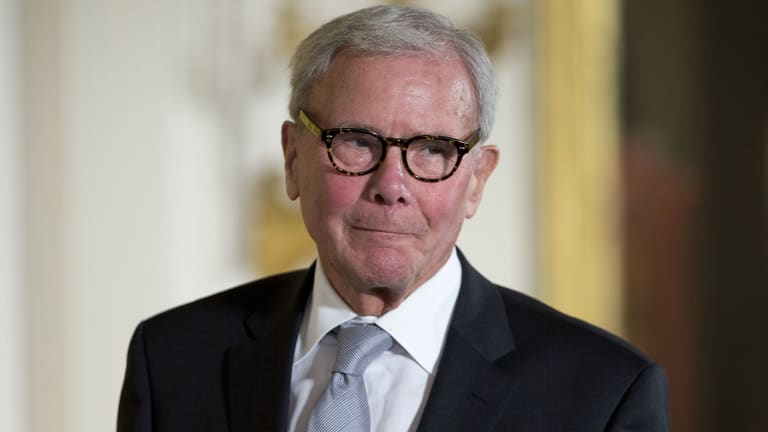 Tom Brokaw has been accused of harassment by a fellow journalist.

Former NBC News correspondent Linda Vester, 52, told the publications that Brokaw groped her, made unwanted advances towards her and tried to kiss her forcibly at a hotel in New York in 1994 and again at her London residence, where she was working for the network, in 1995.

Brokaw, 78, denied the allegations in a statement to the two outlets issued through NBC News.

"I met with Linda Vester on two occasions, both at her request, 23 years ago, because she wanted advice with respect to her career at NBC," Brokaw said in the statement.

"The meetings were brief, cordial and appropriate, and despite Linda's allegations, I made no romantic overtures towards her, at that time or any other."

A Fulbright student fellow who had pursued graduate studies in Arabic and the Middle East, Vester had reported for NBC from Saudi Arabia and Kuwait during the first Gulf War. She was hired in the 1990s to work on Weekend Today, based in Washington, the lowest-ranking correspondent at the least-important program. 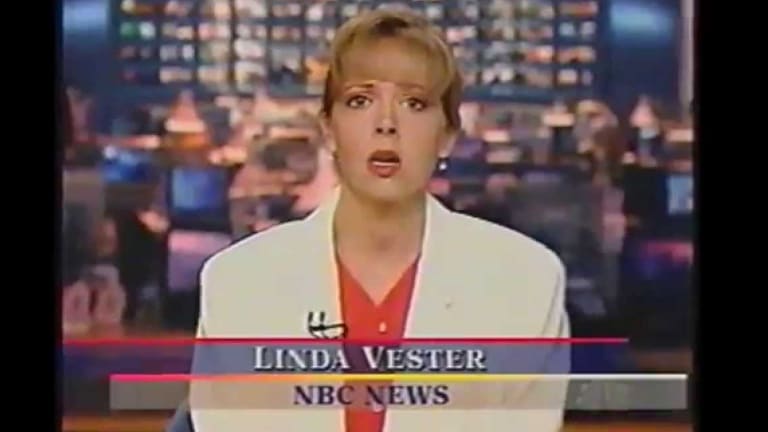 She told Variety that she was in Colorado in 1993 with Brokaw to cover Pope John Paul II's visit to the US.  She was 28.

"We were in the Denver bureau, and there was a conference room. I'm standing there, and Tom Brokaw enters through the door and grabs me from behind and proceeds to tickle me up and down my waist," she said.

Others were in the room, but no one "acted like anything wrong was happening", she told the magazine, adding that she was humiliated. 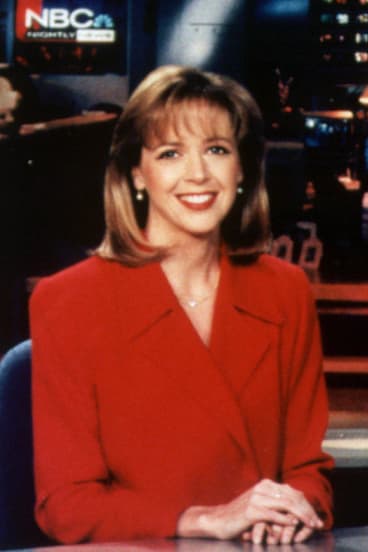 One day in January 1994, Vester told The Washington Post, she remembered being in New York on assignment, staying at the Essex House, the regular hotel for NBC staff.

As she was preparing to return to Washington, she received a “top line” message from Brokaw, the managing editor and anchor of NBC Nightly News. Top lines were short internal messages within NBC’s system that allowed staff to communicate easily with one another.

At the time, Brokaw was the network’s biggest star. Vester said he asked her where she was staying and what she was doing that night. “I replied that I had checked out of my hotel and was going to catch the last shuttle back to DC before the coming snowstorm,” she said.

Brokaw wrote back that that wasn’t a good idea, Vester said.

“My gut told me his intentions were not good,” she wrote in her diary later that night, and which she supplied to the Post. So she called her best friend and mentor at the network, a producer in the Washington bureau, who corroborated to the Post the principal aspects of Vester’s account.

Vester said Brokaw wrote that it would be better for Vester to stay in New York. They could have a drink.

According to her diary, Vester, at a loss, replied, “I only drink milk and cookies."

In an interview, she said: “It was the only thing I could think of at the time, hoping the reference to milk and cookies would make him realise I was 30 years his junior and not interested."

In her diary she wrote that her final note to Brokaw was, “There is nothing I would like more than a good chat – a great talk with someone I admire. But if appearances are a concern … that’s valid.”

Vester said, “I was trying to suggest that if he was worried that what he was suggesting might look wrong, it was wrong.” 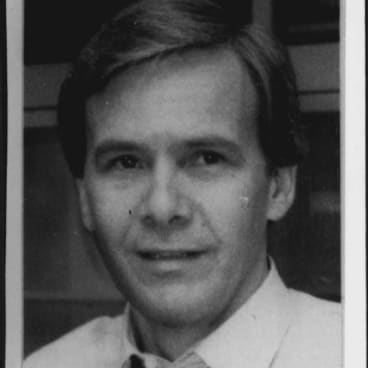 Vester’s friend, who spoke on the condition of anonymity because she signed a non-disclosure agreement when she left NBC, urged Vester to sign off quickly from the system to limit further communication.

As the snow began, she missed the last shuttle, stranding her in New York. She returned to Essex House and updated her whereabouts. In her diary entries, made about 3am after the encounter, she wrote, “Once in my room . . . I received three phone calls. One from a friend, another from a source; the third was Tom Brokaw. He said to order milk and cookies and he was coming over.”

Vester said she was terrified that, if she refused to meet him, “my career at NBC would be over before it even got going". She called her producer friend, who agreed to stay on the phone with her.

Soon, Vester heard a knock on the door. The friend in Washington told Vester to call her back in 30 minutes or she would alert the front desk to come to her room. Vester said she opened the door, and Brokaw walked past her and sat on the sofa in her suite.

Brokaw has a distinctly different recollection of the evening. He remembered being invited over to Vester’s room that evening, a characterisation that Vester rejects, as does the friend who was on the phone with her that night.

“What do you want from me?” Vester said she asked him. She recalled him looking at her with mild exasperation. “An affair of more than passing affection,” Brokaw told her.

Then Brokaw patted the sofa next to him, she said, while she sat down on the opposite end of the couch. She brought up a sexual harassment case that had been uncovered at NBC just recently, to try to signal that she was not interested in what she felt was about to happen.

Brokaw leaned over, “pressed his index finger to my lips and said, ‘This is our compact,’ ” she wrote in her diary at the time. “My insides shook. I went completely cold.”

Then, “very quickly”, Vester said later in an interview, Brokaw put his hand behind her neck and gripped her head. “Now let me show you how to give a real kiss,” he said, in Vester’s recollection, and jerked her head towards him.

She remembers tensing her neck muscles and using all her strength to wriggle free and stand up. She wrote, “I said 'Tom . . . I don’t want to do that with you.' ”

Brokaw sat silent for a few minutes, then finally said, “I think I should go.”

The next day, Vester said, she and Brokaw spoke, and he tried to make the interaction seem consensual. Vester didn’t agree. Later, she met another friend who corroborated in an interview that Vester was “rattled” by the episode and “disappointed” in what had happened, given her respect for Brokaw.

A second incident unfolded in London more than a year later, Vester said. She saw no way to extract herself from being in Brokaw’s company because she feared alienating the anchor, she said, but again warded off his advances.

“Linda has shown incredible courage and conviction coming forward to share the details of her experiences working at NBC,” said her attorney, Ari Wilkenfeld. “She does so at her own expense and peril. She wants nothing for herself.”

Vester, who later worked at Fox News and left the business, said she had no intention of filing a legal claim against Brokaw or NBC.

A second woman, a former production assistant at NBC News who spoke on the condition of anonymity, said that Brokaw stopped her in the hallway just as she arrived for work. It happened in the mid-1990s, and she was wearing her winter coat. He beckoned her into a small enclave to the side of the hallway.

The production assistant, then 24, had been looking for a more permanent role as a researcher on one of NBC’s shows. He took her hands in his and commented on how cold they were, the woman recently recalled.

“He put my hands under his jacket and against his chest and pulled me in so close and asked me, ‘How is your job search going?’  ”

She looked up at the man she had habitually called “Mr Brokaw” and mumbled a reply, she said.

Then he said, in her recollection, “Why don’t you come into my office after the show and let’s talk about it.”

She said the implication of his invitation was clear, and that he was inviting her to his office for more than advice. She never went to his office and left the network shortly after the incident. Like Vester, she did not report it.

NBC News, which has also come under fire for its handling of staff complaints against former Today show host Matt Lauer, did not respond to requests for comment.

Brokaw anchored NBC Nightly News from 1982 to 2004. He has since served as a special correspondent.

Allegations of sexual misconduct by US media personalities, politicians, business people and celebrities inspired the #MeToo social movement by victims of sexual harassment or abuse.