Windsor beefs up security ahead of the royal wedding

Security around Windsor Castle has been ramped up as preparations for the royal wedding continue with just four days to go.

Specialist teams spent the night constructing anti-vehicle barriers before tens of thousands of spectators flock to the Berkshire town.

Police have already been rifling through bins, searching drains and manhole covers with sniffer dogs in the run up to Saturday’s event.

Photographs taken overnight showed extra security measures being put in place as the threat of a terror attack remains ‘high.’ 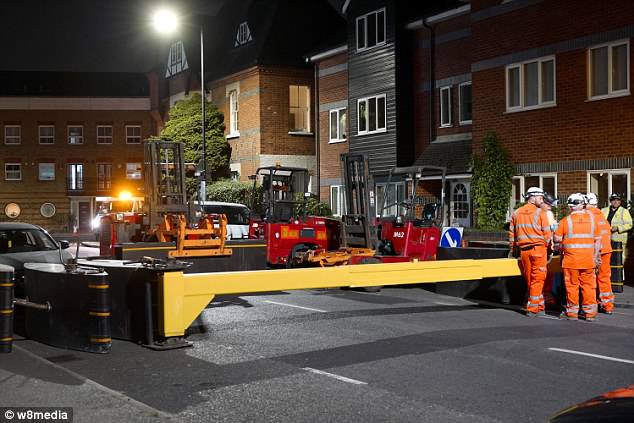 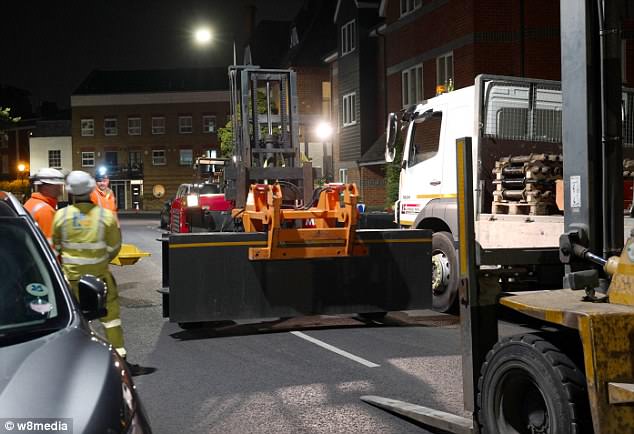 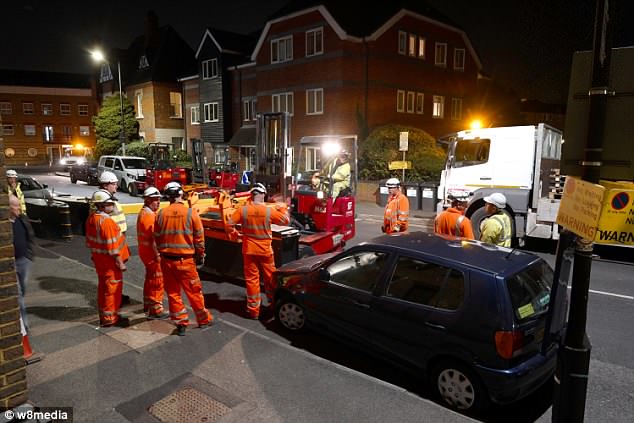 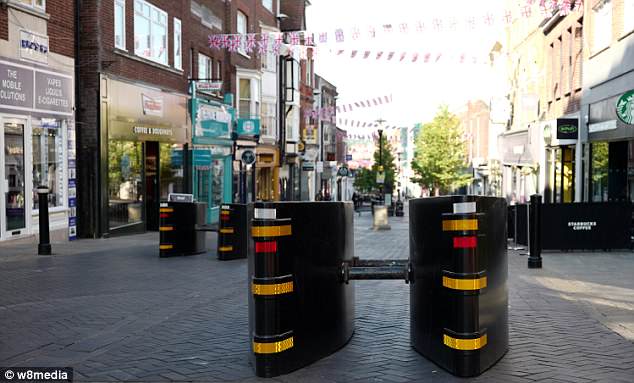 Windsor already had a number of anti-vehicle barriers in place, erected around the popular tourist destination following the Westminster terror attack in March last year

Windsor already had a number of anti-vehicle barriers in place, erected around the popular tourist destination following the Westminster terror attack in March last year.

But more barricades are being built as security remains tight ahead of the ceremony.

Also spotted on the streets of Windsor are a number of rough sleepers.

Four months ago council leader Simon Dudley demanded police use legal powers to remove them before the wedding.

It is unclear what will happen to any homeless people on the day of the wedding. 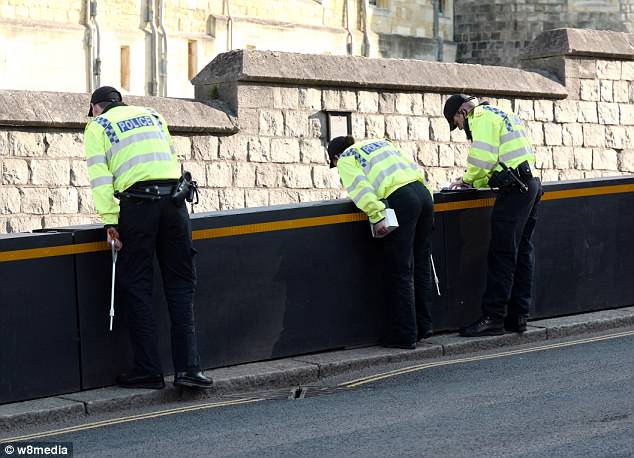 Spectators planning to attend the wedding have been advised to begin their journeys as early as 4am to see Prince Harry and Meghan tie the knot.

A ‘sizeable queuing system’ will be in place for Great Western Railway’s service between Slough and Windsor and Eton Central – the nearest station to the event.

Some 2,300 metres of fencing will be used for queues across the busiest stations on routes to Windsor.

Royal wedding revellers will face airport-style security checks while metal barriers to deter vehicle attacks will be in place around Windsor.

Other security measures include a huge network of automatic number plate recognition (ANPR) technology and CCTV.

Thames Valley Police said the public should feel reassured rather than alarmed by the measures for the wedding at St George’s Chapel in Windsor Castle.

Fans have already begun to stake out the best viewing spots in the Berkshire town.

Well-wishers have already started to deck the streets in all their Union Jack glory near where the royal wedding will take place.

Residents are also getting into the full spirit of the event with pubs decorating their windows with royal memorabilia.

Onlookers have reported a party feel in the town well in advance of the wedding, with tourists from around the world arriving daily by train and walking through the royal shopping arcade to the castle.