Home » World News » Winter feel in the air for central, eastern US with colder weather on the way

Winter feel in the air for central, eastern US with colder weather on the way

The first lake effect snow event of the season delivered over a foot of snow Saturday in parts of southwest New York.

Perrysburg, New York, reported 13.8 inches of snow on Saturday with squalls leading to near-zero visibility, and gusty winds to 30 mph. 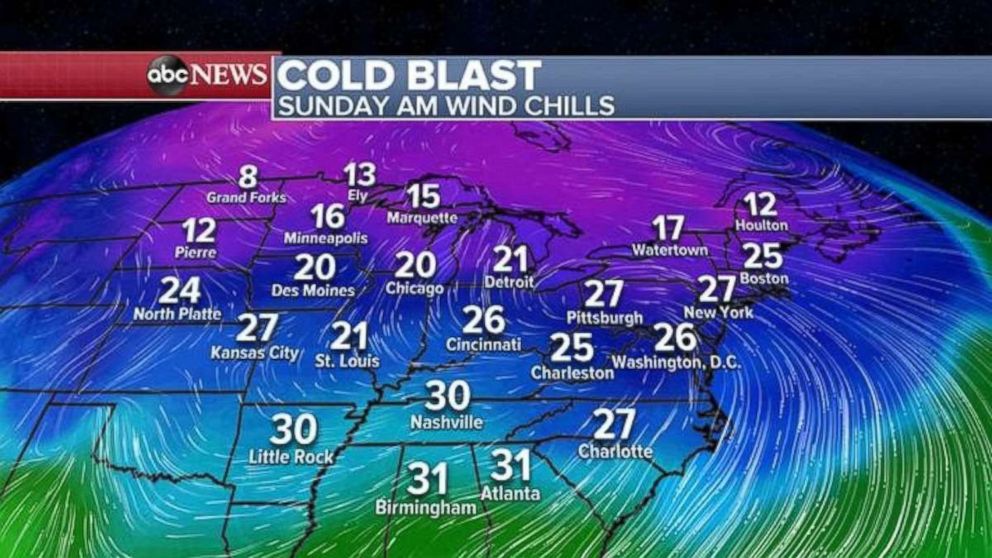 A notable cold blast is affecting the central and eastern U.S. For many from Washington, D.C., to Boston, it is finally feeling like winter with wind chills in the 20s Sunday morning.

A new storm developing in the central U.S. will bring a snow threat to parts of the southern and central Plains from Amarillo, Texas, to Wichita, Kansas. Accumulations will generally be light, with only 1 to 3 inches of snow expected. However, gusty winds will make conditions quite treacherous on Monday morning in the Texas Panhandle, and parts of western Oklahoma and southern Kansas. 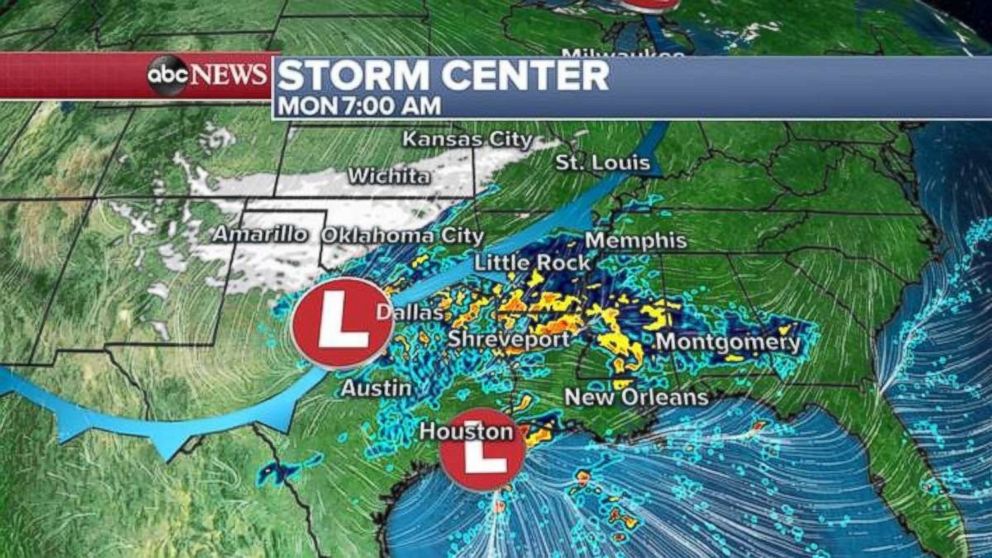 Meanwhile, a disturbance will form out ahead of this system and bring quite a bit of rain from Texas to the mid-Atlantic. A new low will develop by Tuesday morning and bring some rain for the East Coast by midweek. 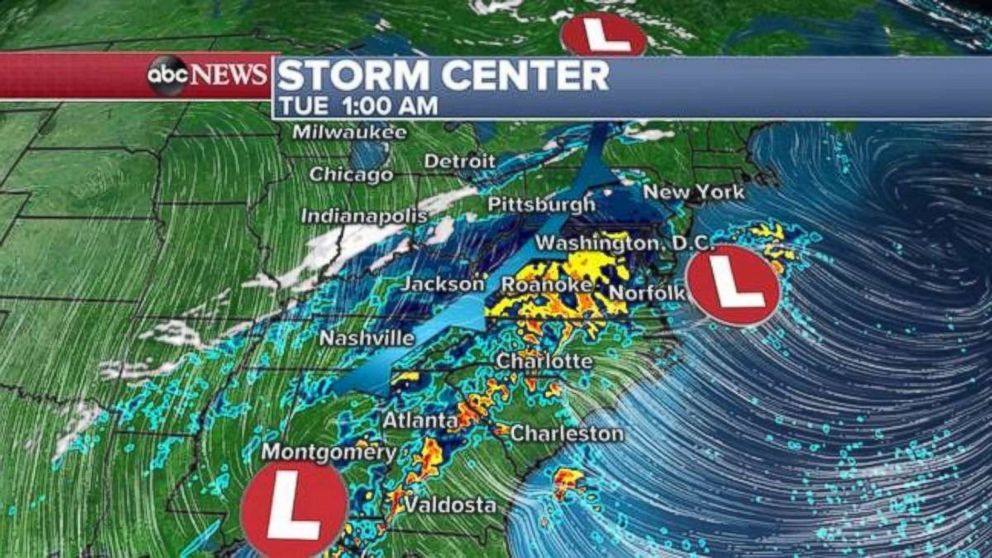 Behind this system another strong cold blast will infiltrate the central and eastern U.S. with negative wind chills for the upper Midwest by Tuesday. It will feel like the teens from Texas to Indiana. 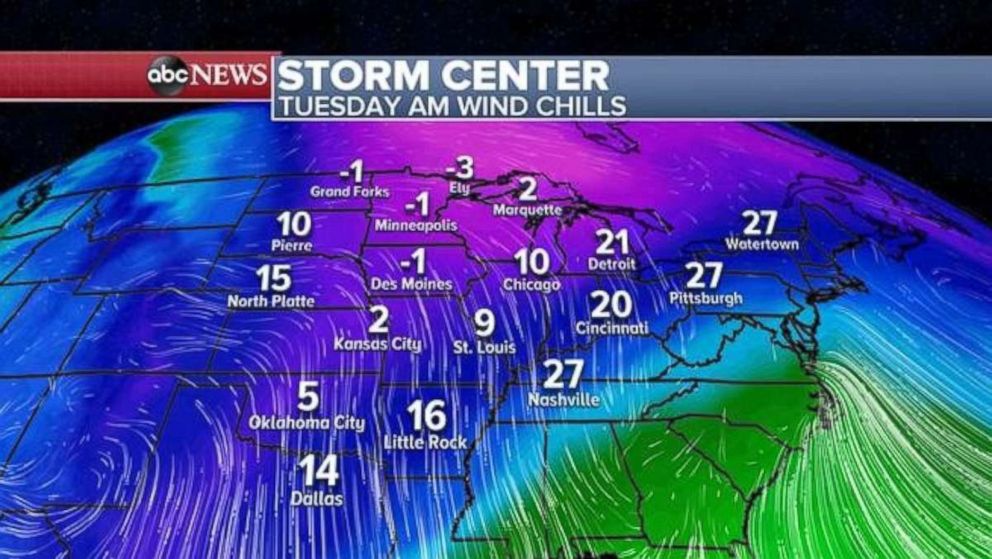 And then on Wednesday, the cold air will make its way to the Northeast with wind chills in the teens for the major I-95 cities and every day feeling more and more like winter.