In the journal, her co-worker allegedly noted everything she had worn to work – and told her how they’d spend their lives together. 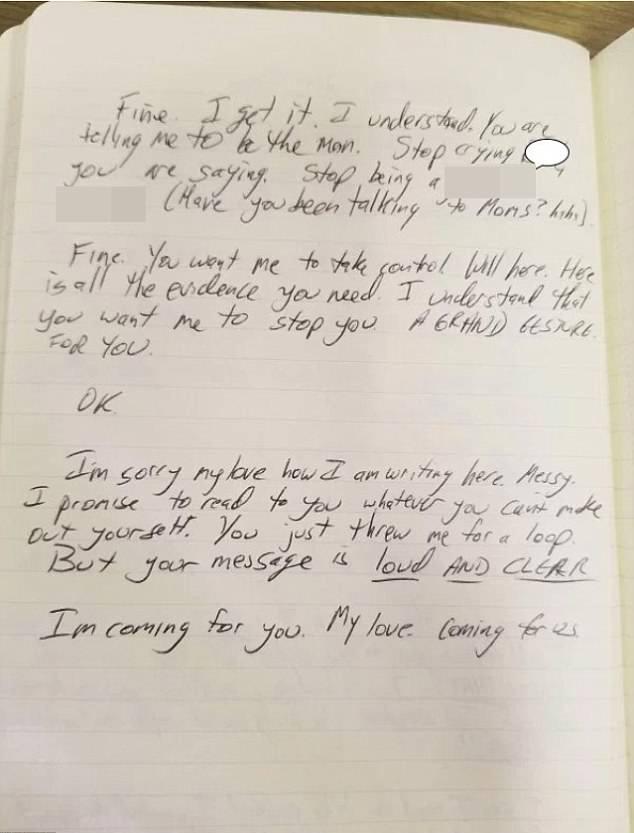 One "entry" ends with the terrifying message: "I'm coming for you. My love. Coming for us."

The American woman, known only by username MiriLouDoesItToo, revealed she worked alongside the man for three years, but said she was unaware he had any interest in her on a personal level.

It wasn’t until she left the firm to start a new job that she claims he was arrested for camping outside her apartment for three days, the Mail Online reports.

He had also sent her his diaries, she alleges.

After sharing the chilling musings online, the unidentified woman said she has finally been able to move on with her life after moving to another city and undergoing counselling.

Taking to Imgur (in a post that has since been deleted) and Reddit, she shared pictures of the excerpts. 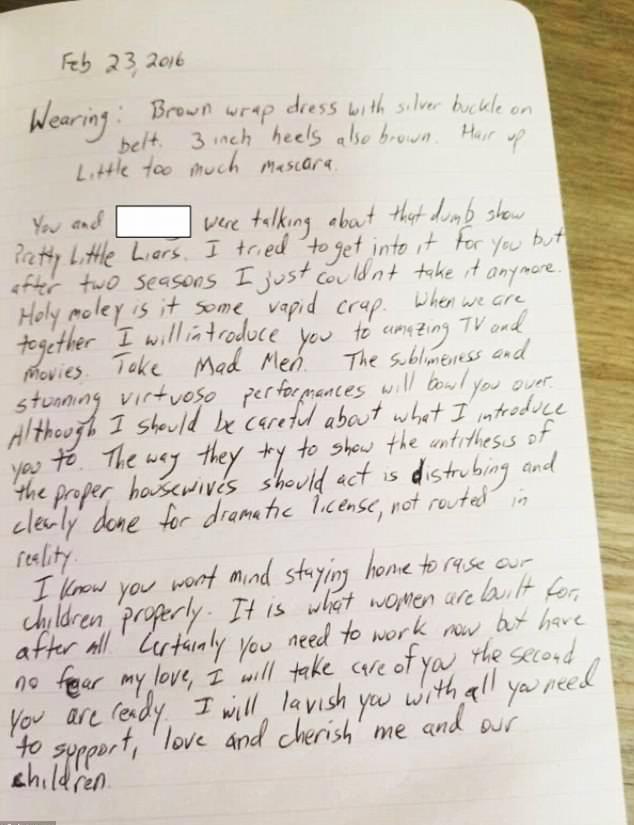 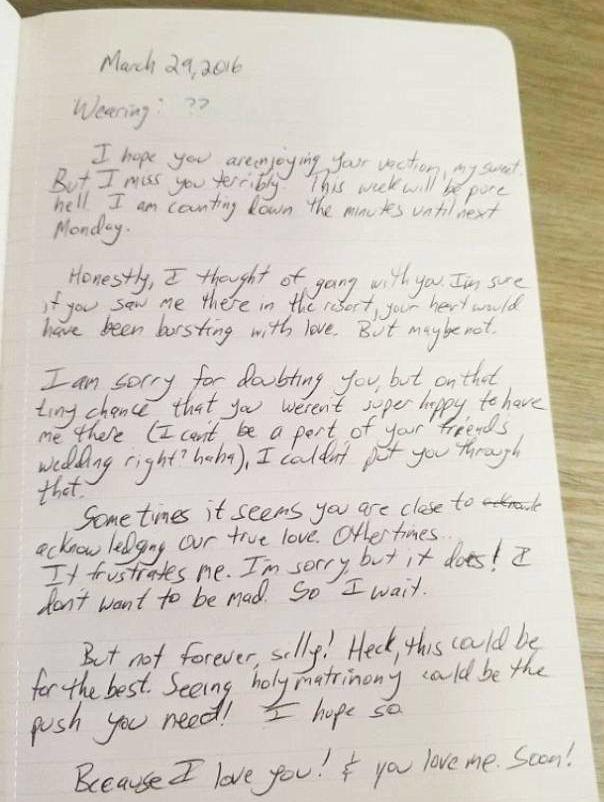 She wrote:  “I received these journals (and pen, don't forget the pen!) plus flowers, candy and a huge stuffed bear from my former cubicle neighbor at a job I worked at for 3 years. As you'll see, the guy is nucking futs.

“Our cubicles were next to each other the whole time I worked at this firm. We were kinda friendly the first six months I was there. Then he asked me on a date. I very politely declined. 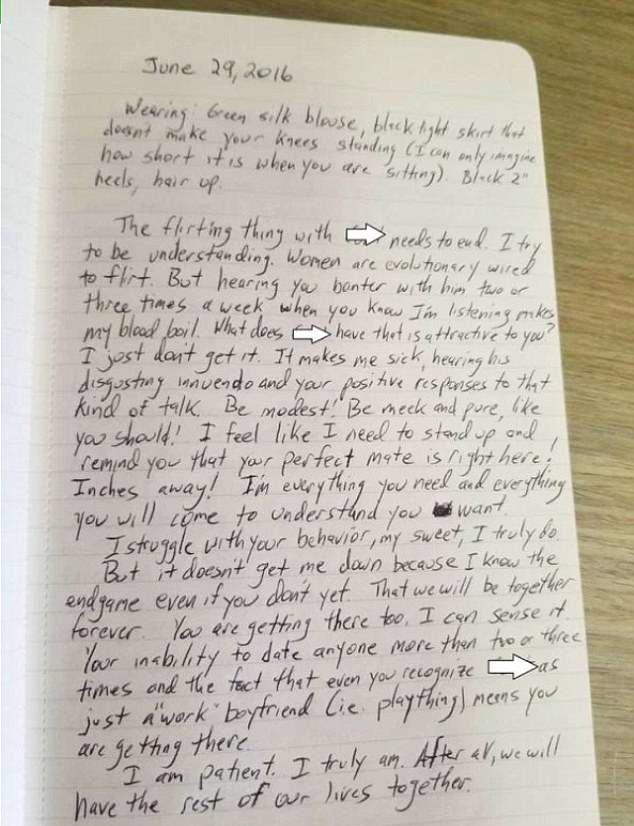 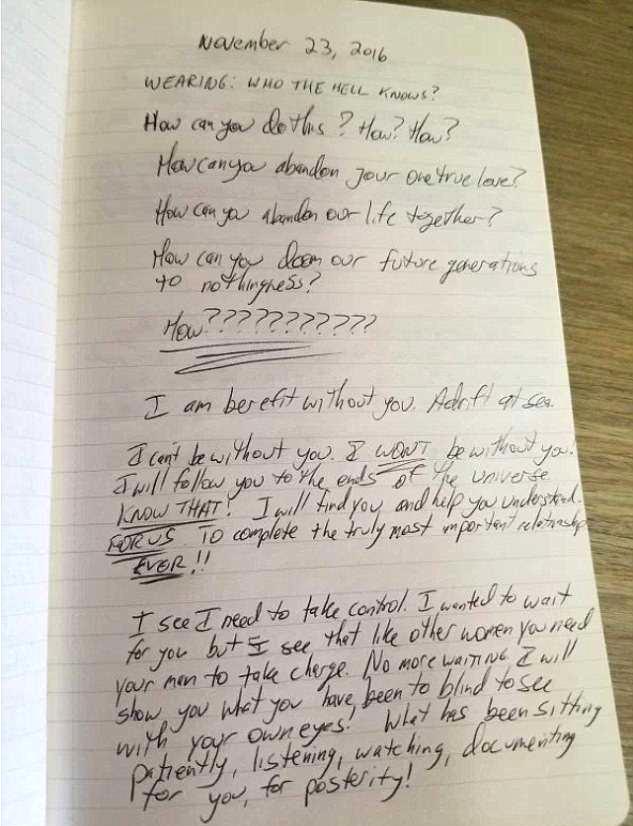 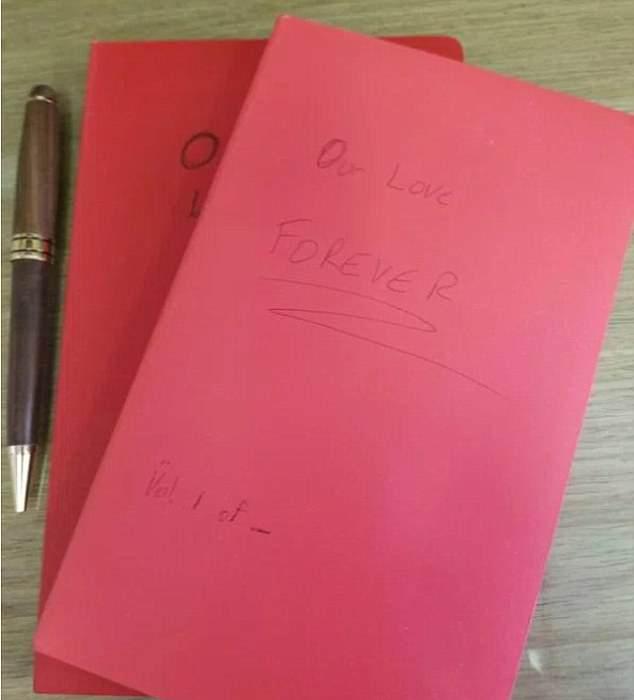 “Very firm that I don't date co-workers and what-not. After that, besides for a friendly hello, he said almost nothing to me.

"We were on different teams, so it wasn't a big deal to me. But after I turned him down, he started keeping this journal.”

Referring to the first entries, she added:  “This entry also takes a turn into the crazy end. Up until now he called me pet names and talked as if we were currently dating.

"This is the first time he really reveals that he's planned the rest of our lives out for us. The last 9 months of the journals get really bad.”

The woman also maintains her address was given to him by the HR department, resulting in him camping out at her apartment for days.

She said: “A since-fired HR person gave him my address. He left work at lunchtime, bought a bunch of things he thought would win me over, and came to my apartment. Thankfully, I wasn't there, as I was flying to another city to rent an apartment for a new job.

"He camped out in front of my building for three days. Finally, someone called the cops on him and he had to abandon whatever his plans were.

She went on to explain that her ex-colleague had since been jailed for a kidnap attempt.

She added: “Long story short, he is currently in jail (2-5 years) and I live in a new city, only now able to laugh about what happened, thanks for a kicka** therapist and some amazing drugs.”