Home » World News » Should YOU be worried about moped thugs in your area?

Should YOU be worried about moped thugs in your area?

The MOPED crime map of London: Find out how many have been committed in your area of the capital as robberies jump by 30 times in five years

The most dangerous areas of London for moped crimes were revealed today as it emerged the number of offences has jumped by 30 times in five years.

More than 230,000 offences by criminals using mopeds took place last year, up from 827 in 2012, with more than 40 per cent happening in Camden and Islington.

Police are battling against a tide of moped crime across the capital that sees criminals try to quickly steal pedestrians’ phones and bags before speeding off.

Now click on this BBC News map to see the breakdown of moped crime by ward:

This interactive map built by the BBC using Carto software shows the moped crime hotspots of London by ward between 2012 and 2017, with the darker red areas being the worst-hit

A rise in car insurance premiums and the proliferation of food delivery services are said to have fuelled the problem by increasing the number of mopeds on the road.

The figures come amid a backdrop of a violent crime wave gripping the capital that has seen 62 murders recorded by the Metropolitan Police so far this year.

Meanwhile, last month it emerged vehicle thefts had surged above 100,000 for the first time since the start of the decade amid fears over a car crime epidemic.

The figures on ‘moped-enabled crime’ by areas of London were compiled by BBC News from Scotland Yard data released under freedom of information laws. 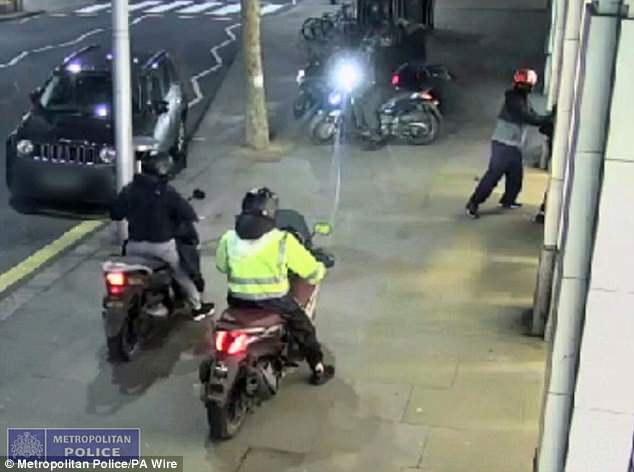 Detective Superintedent Caroline Haines, who is leading the operation against moped crime in Camden and Islington, admitted the problem was getting worse.

But she also insisted police are on top of the issue, telling BBC News: ‘Yes, there is a significant increase on last year overall, and that is very disappointing.

‘Since January we’ve deployed a number of new tactics that are now starting to see dividends. But we’re not done yet, and we’re not complacent.’

She added that commuters and tourists are often targeted around transport hubs across the capital when they check their mobile phones or look up directions. 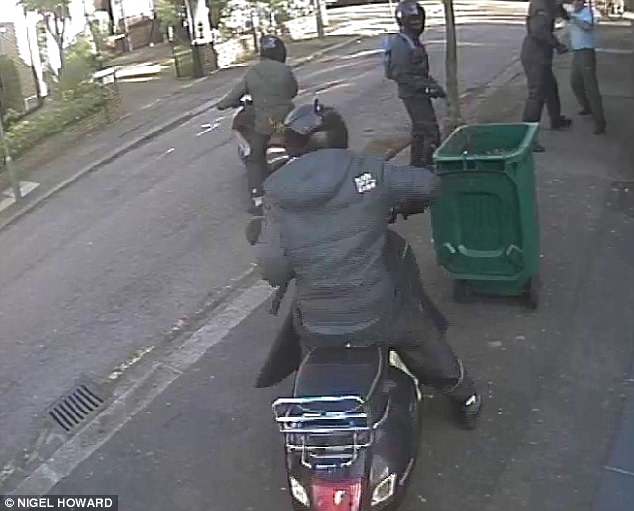 Among the new tactics being employed include training more officers to chase moped offenders and use remote-controlled spikes to puncture tyres.

Commander Julian Bennett, who is co-ordinating the Met Police’s response to moped crime, said: ‘Police are working hard to keep the public safe and make the streets hostile territory for criminals who steal scooters, mopeds, motorbikes and bicycles and then use them to snatch valuables from members of the public.

‘Every borough is mobilised to tackle offenders using local knowledge to tailor the policing required for their area, which may include Automatic Number Plate Reader deployments, conducting proactive investigations and operations which focus on high volume offenders, and DNA capture. We are also using intelligence and CCTV to identify linked offences.’