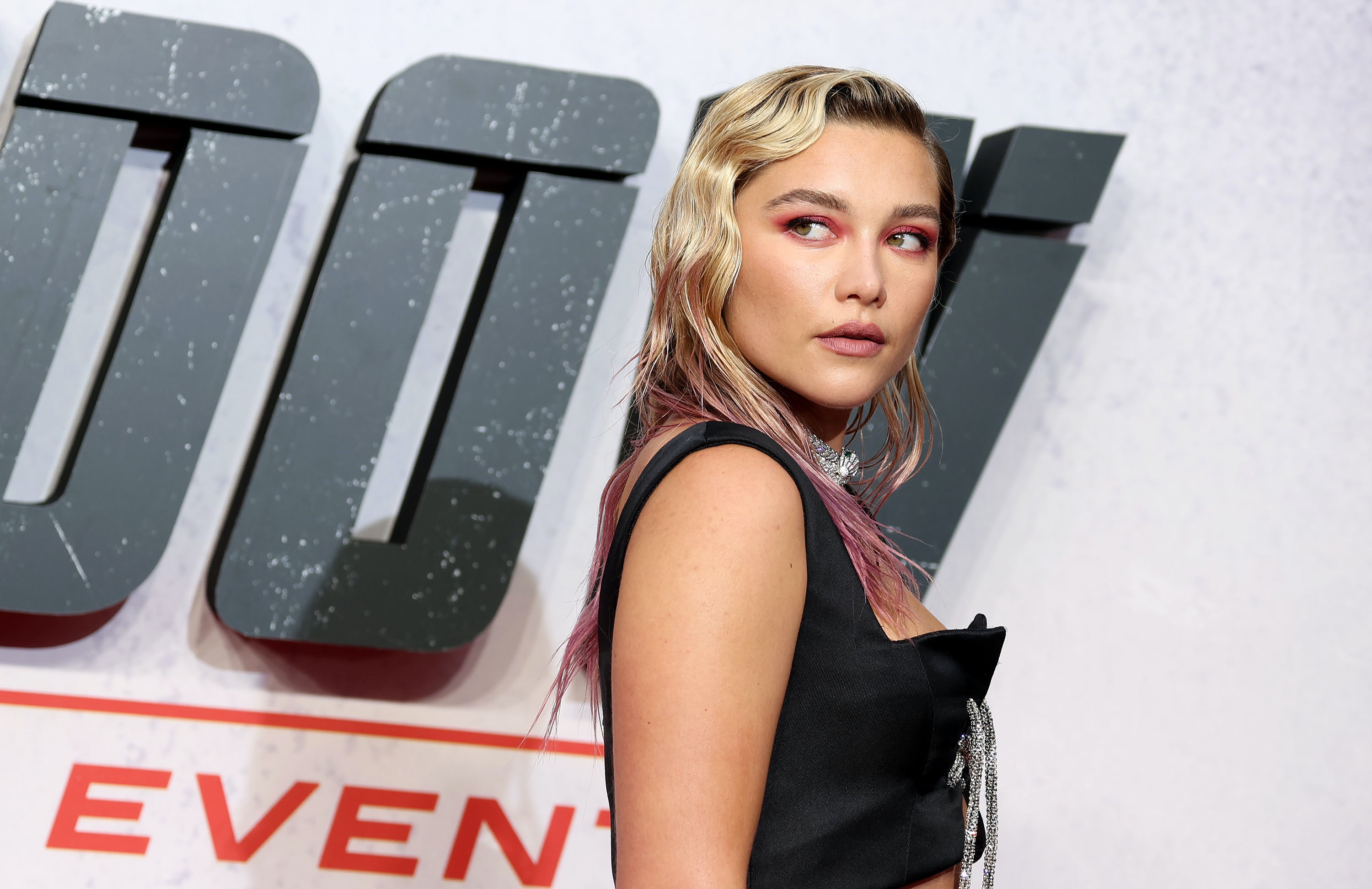 Black Widow is set to be Scarlett Johansson’s last appearance in the Marvel Cinematic Universe, but it also introduces her de facto replacement: Florence Pugh. There’s already buzz that Pugh may shape up to be one of the major faces of the next phases of everyone’s favorite superhero soap opera franchise, and she showed up to the film’s British premiere today in appropriately comic book-hued hair and makeup.

The 25-year-old actress hit the red carpet with the tips of her hair freshly dyed a shade of hot pink. To continue the color story, her eyes were painted in a matching eyeshadow. Although she’s best known as a blonde, she seems to have taken a liking to offsetting the tips of her hair in different colors—if her last few weeks of Instagram uploads is any indication. Those tips have appeared in various shades of pink, lavender, and dark brown, lately. Yes, Captain Marvel was the Marvel movie with a major moment soundtracked by No Doubt, but it seems Pugh is the MCU cast member most likely to take some hair and makeup inspiration from Gwen Stefani.

For her outfit, Pugh chose a black Miu Miu dress with a midriff-baring cutout and enlarged, crystal rope lacing. She paired it with Jimmy Choo shoes and Bvlgari jewelry.

Even Marvel fans know at this point it’s no secret that Pugh will take over the role of Black Widow (her character is something like an adopted sister to Johansson’s original), and it’s likely this is far from her last Marvel flick. Indeed, Pugh is already signed on to appear in the Disney+ miniseries Hawkeye later this year.

However, Pugh isn’t giving up on her indie film bonafides, either. The actress who broke through with films like Midsommar, Lady Macbeth and Little Women still found time to shoot Don’t Worry Darling opposite Harry Styles.

9 of the Best Shampoos For Removing Chlorine From Your Hair