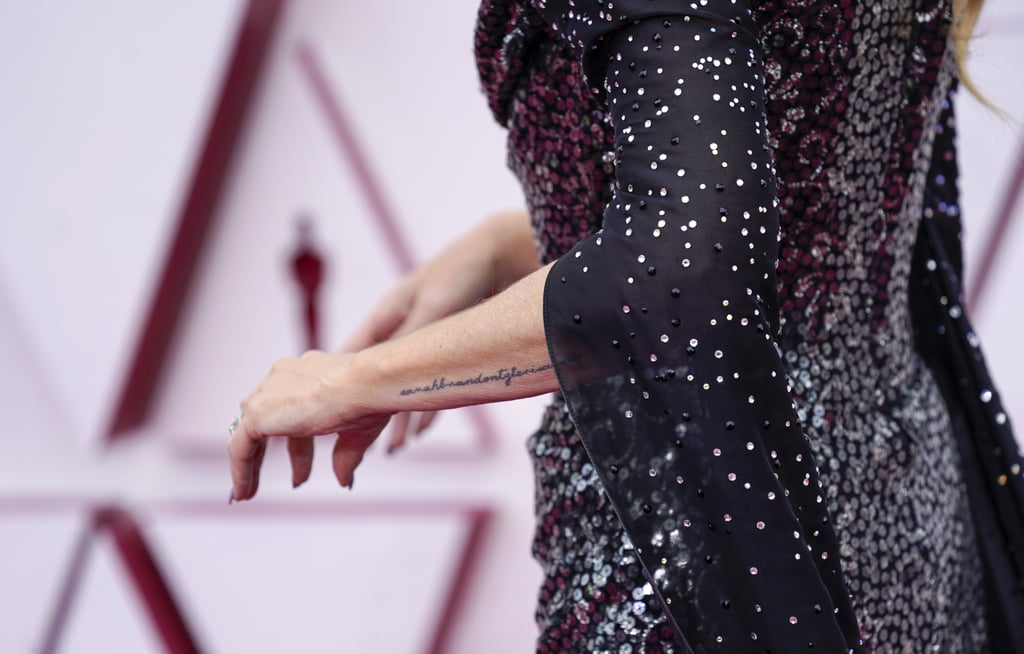 Marlee Matlin presented the awards for best documentary short subject and best documentary feature at the Oscars on Sunday night, and during her big moment, viewers couldn’t help but be taken with her forearm tattoo that was on full display. That one is a cursive design featuring the names of all four of her children — Sarah Rose, Brandon Joseph, Tyler Daniel, and Isabelle Jane — but the actor has three other tattoos as well.

The former is also not the only ink she got as a tribute to her family members. Matlin also has a tattoo of a compass on the back of her neck, but instead of the points featuring the four cardinal directions, the design swapped out each one with the initials of her children. She also has a tattoo on her foot that reads “Sweet face, love you mucho” in her father’s handwriting and one more below her ear that’s an illustration of the American Sign Language sign for “I love you.” Matlin explained in a previous interview with Allure that her daughter Sarah also got the tattoo in the same spot.

“Because her mom is deaf, she wanted to identify with me, so Sarah has it in the same place behind her ear,” she explained. Check out each design in full ahead.

Add the Superman Hold to Your Back Workouts

Maisie Williams Bleached Her Eyebrows, Just When We Thought She Couldn't Get Any Cooler

The Skincare Ingredients You Should Avoid If You Have Oily Skin

How To Do A Hollow Hold And Actually Maintain Proper Form, According To A Personal Trainer