Olivia Wilde just added two more tattoos to her list & this time she got her kids’ names tattooed on her forearms.

If there’s one thing for sure about Olivia Wilde, 37, it is that she loves tattoos and she just added two more. Olivia shares two kids – a son Otis, 7, and daughter, Daisy, 5 – with her ex-fiance Jason Sudeikis, 46 –  and she got their names tattooed on the inside of her forearms. She got one name on each arm and they were both written in script.

Olivia’s tattoos were done by the artist, Doctor Woo, who posted the photo of her new skin art with the caption, “Mommas love.” Olivia then reposted his photo to her Instagram story with two little chicken emojis.

Although Jason and Olivia split in November 2020 after dating for 10 years and getting engaged in 2013, the couple still manages to co-parent their kids. Since their breakup, Olivia has been dating Harry Styles and the couple has been hot and heavy. 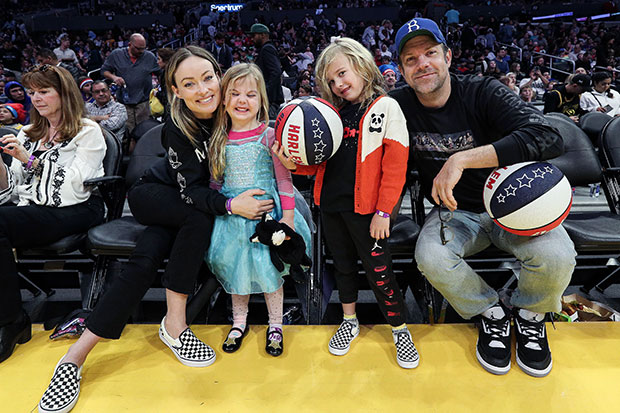 Olivia takes both of her children to Harry’s concerts and just recently, she took both Otis and Daisy to Harry’s concert in San Diego on Nov. 15, as part of his tour, Love on Tour. Olivia and the kids were recorded by a fan as they stood in their usual spot backstage. In the video, her kids were running around dancing to the music and having a fabulous time.

35 Cute Photos Of Celeb Moms Out With Their Kids: Gwen Stefani & More

When Olivia isn’t supporting her beau on tour, she is showing him support by rocking his merchandise. Just two days ago, Olivia was out in LA when she rocked a satin black bomber jacket from his tour with a pair of plaid, oversized trousers. Meanwhile, when she isn’t wearing his tour jacket, she’s usually carrying around a tote bag from the tour while running errands.

12 Lip Liners Our Editors Swear By