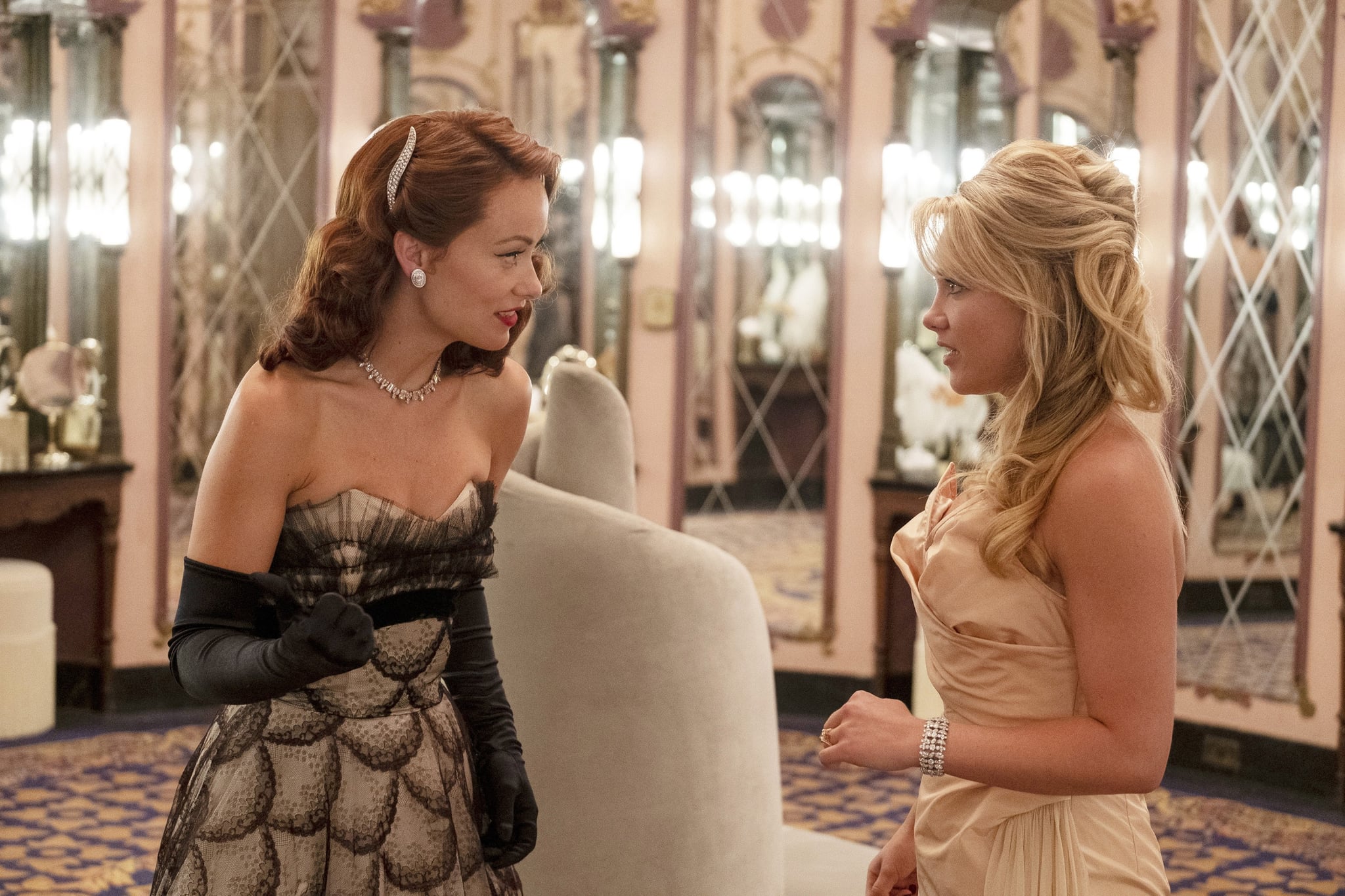 Now that “Don’t Worry Darling” is finally in theaters, we can’t stop buzzing about all of the 1950s-inspired hair and makeup details in the film. Half-up poufs, cherry-red lips, neat updo buns, cat-eye liner — the main characters, namely Alice (played by Florence Pugh) and Bunny (Olivia Wilde), are decked out in midcentury-modern touches. That goes for their nails, too.

If you missed the manicures in “Don’t Worry Darling,” we highly suggest giving the movie another watch, because this is a beauty detail worth noting. Vanessa Sanchez McCullough, the film’s nail artist, put a lot of careful thought and consideration into every manicure you see in Victory. Sanchez McCullough recently shared the behind-the-scenes scoop on some of the most standout manicures, including which products she used on Pugh and Wilde, and it’s likely you’ll spot a few favorites.

“Flo’s nails were done by me for this film,” Sanchez McCullough’s Instagram caption said. She then explained that she worked with celebrity nail artist Jolene Brodeur and manicurist Lisa Peña-Wong to create the “beautiful nails for all of the women in the film.”

For Alice, in particular, Sanchez McCullough used the CND Plexigel, a type of brush-in-a-bottle nail-enhancement system, to create her short extensions. “Then we chose my favorite shade of red for her nails called Cherry Apple by CND shellac. It’s a deep color that still has a great pop of red to it. The longer nails elongated Flo’s hands and completed her whole look,” she wrote.

But that’s not where Pugh’s nail prep ended. “We also kept Flo’s toes done throughout filming,” Sanchez McCullough continued in the caption. “For that I used CND Vinylux in Soulmate. I love Vinylux because it dries so quickly and lasts so long. Flo was able to get into wardrobe without having to worry about her toes being dry! Soulmate is a beautiful peachy shade that is soft and feminine and complimented the red on her nails perfectly.” 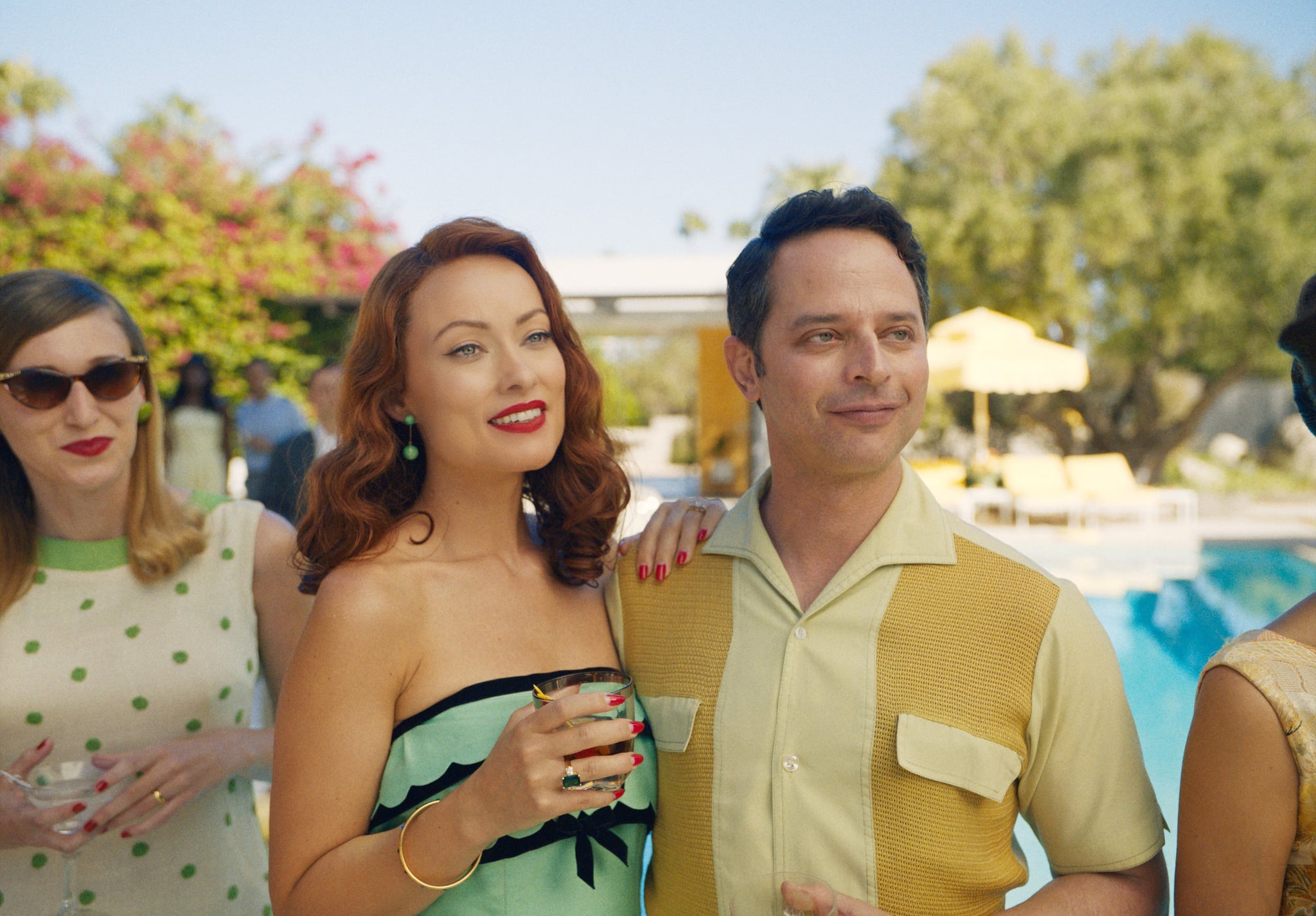 While Alice stuck with single-colored nails, Bunny had on a super-popular, retro nail-art trend at one point that just so happens to be making a comeback: half-moon nails. While Brodeur did most of Wilde’s manicures in the movie, Sanchez McCullough was responsible for this negative-space nail-art moment. “We used OPI Big Apple Red ($11) for @oliviawilde. Bold. Perfectly groomed. Sexy,” Sanchez McCullough’s caption said. 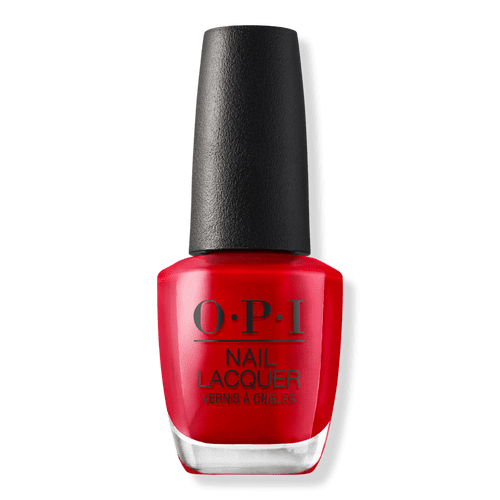 “I’m a beauty editor: these are the only 3 things I bother doing in the winter”