Home » Sport » A German referee will be in charge of Italy vs. Spain.

A German referee will be in charge of Italy vs. Spain. 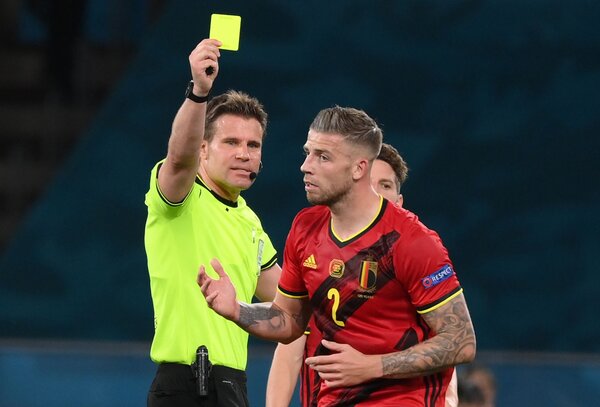 Today’s referee is a German, Felix Brych, who will be familiar to players on both teams from his work in the Champions League.

This will be Brych’s fifth match in the tournament; his most recent were England’s 4-0 win over Ukraine in the quarterfinals and Belgium’s victory against Portugal in the round of 16.

Brych has experience in big games — he worked the 2017 Champions League final between Real Madrid and Juventus in Cardiff, Wales — but also with gripes. He refereed only one game at the 2018 World Cup. He was sent home after Serbia lodged a complaint about Brych’s refusal to award a penalty in a contentious game against Switzerland.