Home » Sport » AEW wrestling star MJF causes outrage with SHOCK reply to snap of young fan by asking 'is it too late to abort?'

AEW wrestling star MJF causes outrage with SHOCK reply to snap of young fan by asking 'is it too late to abort?'

AEW superstar Maxwell Jacob Friedman has hit the headlines with an outrageous post towards a young fan on Twitter.

MJF is known as one of the biggest bad guys – commonly known as heels – in professional wrestling because he rarely ever breaks character on social media or in public. 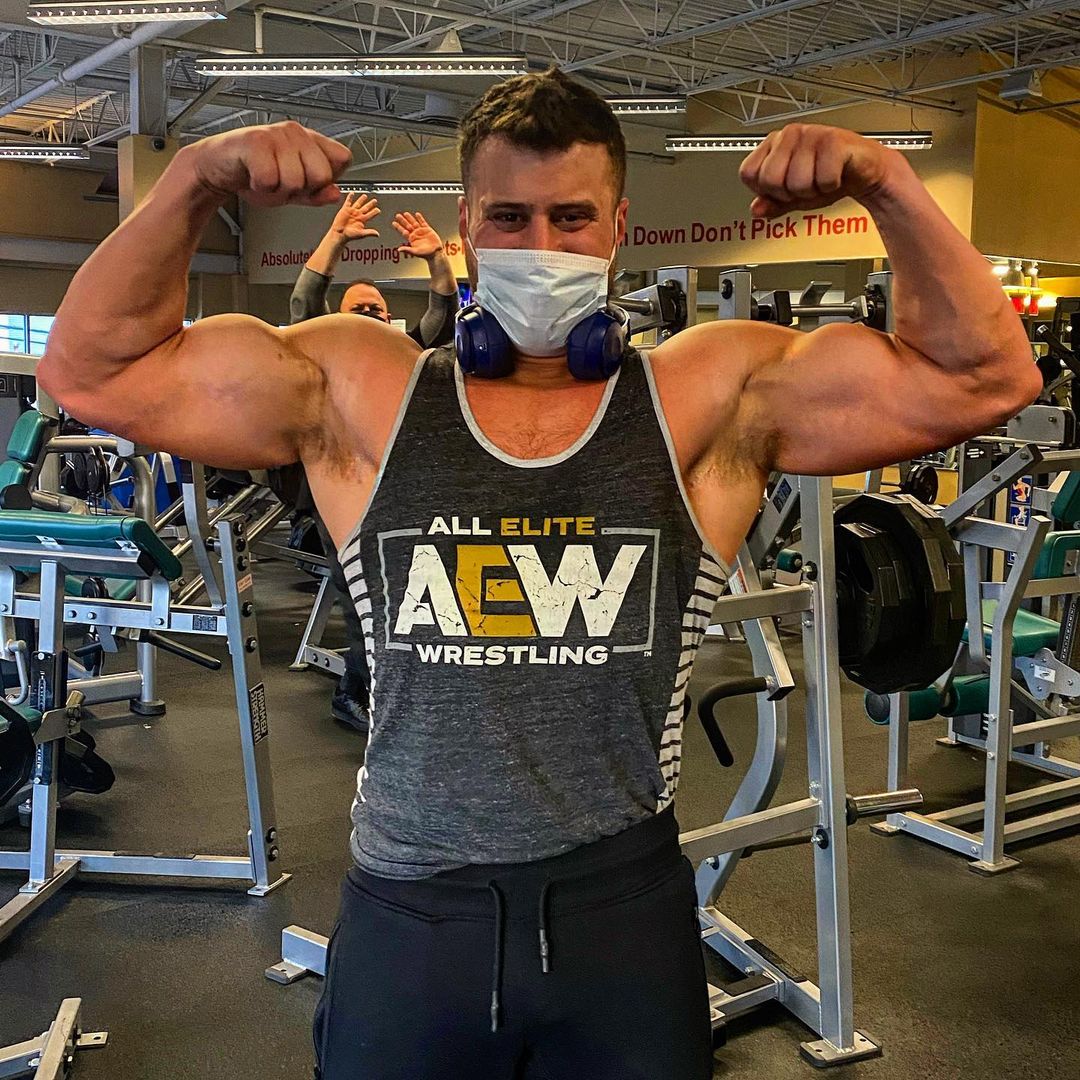 This time he was tagged in a post that showed a little girl at Fan Fest flipping the middle finger while wearing a shirt, which read "Hate MJF".

The user issued the following caption: "Hey MJF I think I found your biggest supporter here at the Fan Fest."

MJF retweeted that post with the following controversial reply: "Is it to [sic] late to abort?"

The AEW star's response was met by a raft of furious reactions on the comments section.

One user tweeted: "Yeah that was a bit to [sic] far man I’m all for being in character but na [sic] too far."

Another fan wrote: "Is this all it takes to be “omg best heel ever”." 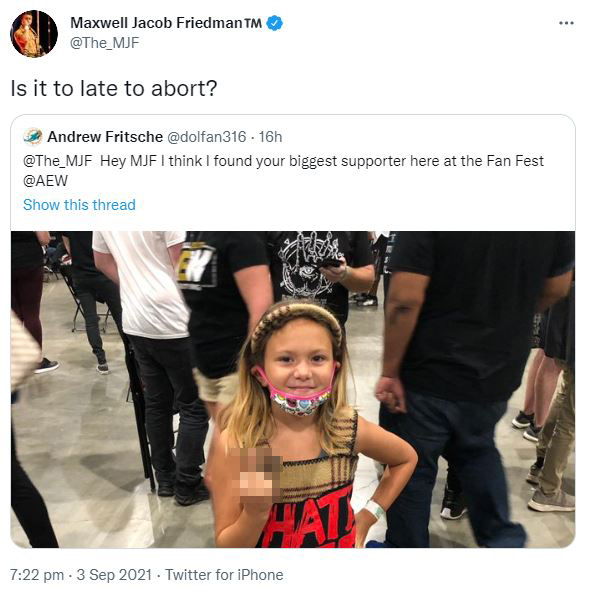 This wrestling enthusiast believes AEW president and CEO Tony Khan should address this: "You know, it’s one thing to have a little fun on Twitter, but dude, you really crossed the line.

"This is just sad. I hope @TonyKhan calls you on the carpet for this."

This is not the first time MJF finds himself in hot water as he also stirred controversy last year when he flipped the finger at a seven-year-old boy during a signing session.

Speaking to TMZ, the child's father said: “I tried to laugh it off knowing he’s just in character, but it really upset him.

“I know that’s his gimmick but he’s only seven and doesn’t understand.”

MJF, though, was not at all remorseful as he said: “F**k them kids."

The 25-year-old grappler then responded to the story on Twitter with, “Cry about it.”