ARSENAL are considering moves for Dominic Calvert-Lewin and Ollie Watkins to replace Alexandre Lacazette – but the stats prove they'd both be a downgrade on the French striker.

Earlier this week, SunSport revealed the Gunners are chasing the England duo with Lacazette set to leave in 2022. 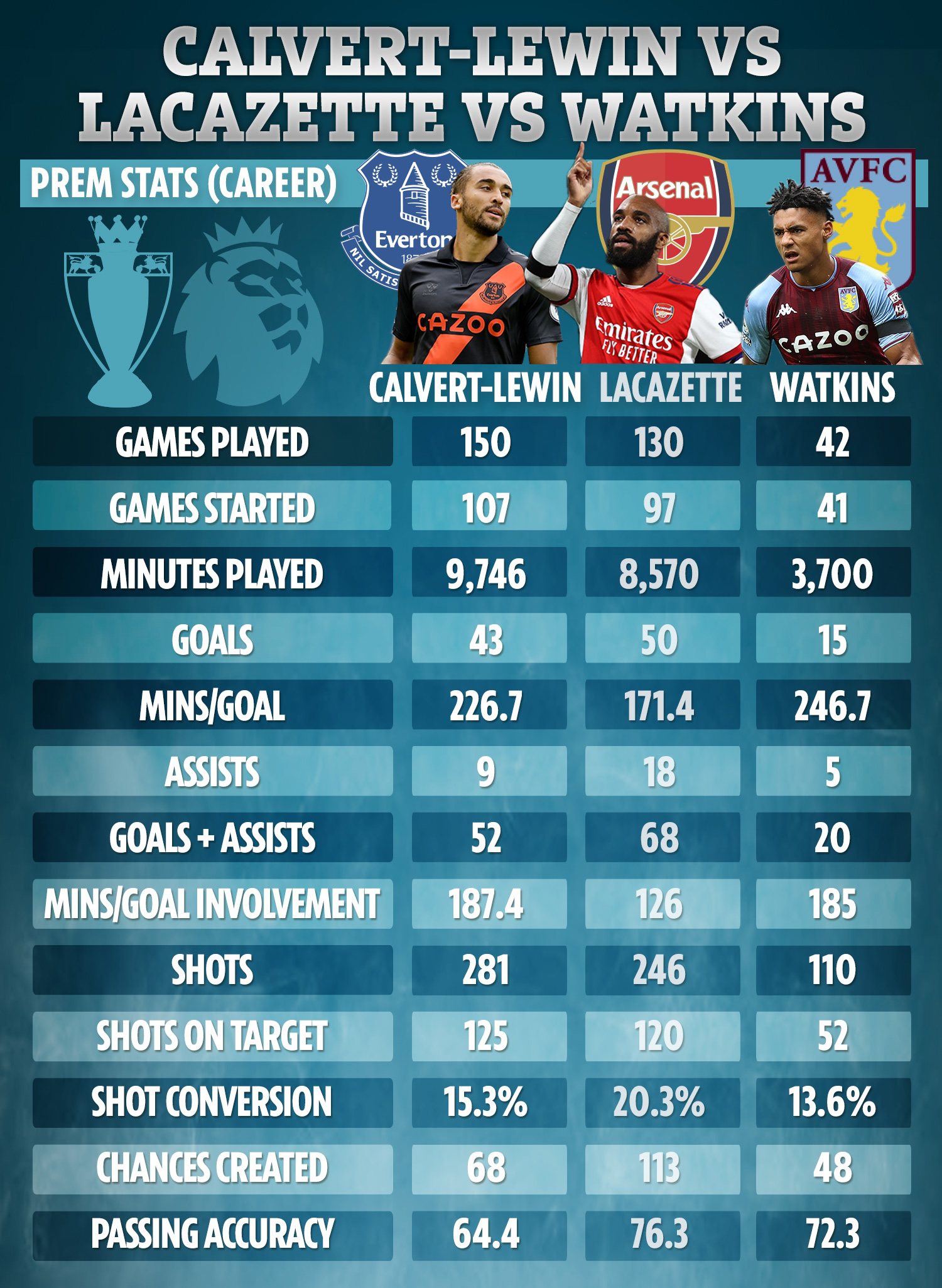 The France ace, 30, is out of contract at the end of the season and could be sold in January to prevent him leaving for nothing.

But Mikel Arteta will only allow Lacazette – who earns a staggering £180,000 a week to warm the bench – to leave should he have a replacement lined up.

And Arsenal chiefs are keen on Everton striker Calvert-Lewin, 24, and Aston Villa forward Watkins, 25, to replace him.

However, SunSport can reveal BOTH strikers would be a downgrade on Lacazette.

The former Lyon striker has played 130 times in the Premier League for Arsenal, starting 97 times.

Only Calvert-Lewin has played more (150), with Watkins comfortably the least experienced (42).

Despite playing fewer games than the Everton man, Lacazette has scored MORE goals with 50 Prem strikes to his name.

Lacazette also boasts more assists with 18 – TWICE as many as Calvert-Lewin (9) and miles ahead of Watkins (5).

Lacazette is also involved in goals more often than his rivals, scoring or assisting every 126 minutes.

Calvert-Lewin is last on a goal involvement every 187.4 minutes, with Watkins marginally ahead on 185.

Lacazette also owns the highest conversion rate of the three, with a shot success rate of 20.3 per cent.

Watkins scores with just 13.6 per cent of his Prem shots, with Calvert-Lewin in second on 15.3 per cent.

And Lacazette is also the best passer of the bunch, completing 76.3 per cent of his efforts.

Finally, the current Arsenal star beats his potential replacements in terms of chances created with 113, ahead of the Everton man (68) and Villa star (48).

So, Lacazette is the clear winner in all major categories.

However, having failed to start a Premier League game this season, with his two appearances coming off the bench, it seems Arsenal are almost certain to offload him in 2022.