ASH BARTY does not fear Angelique Kerber – but knows she will have to step it up against the 2018 Wimbledon champ in Thursday's semi-final.

World No1 Barty made the last four by crushing fellow Aussie pal Ajla Tomljanovic – who had overcome Brit sensation Emma Raducanu – 6-1 6-3 in just over an hour. 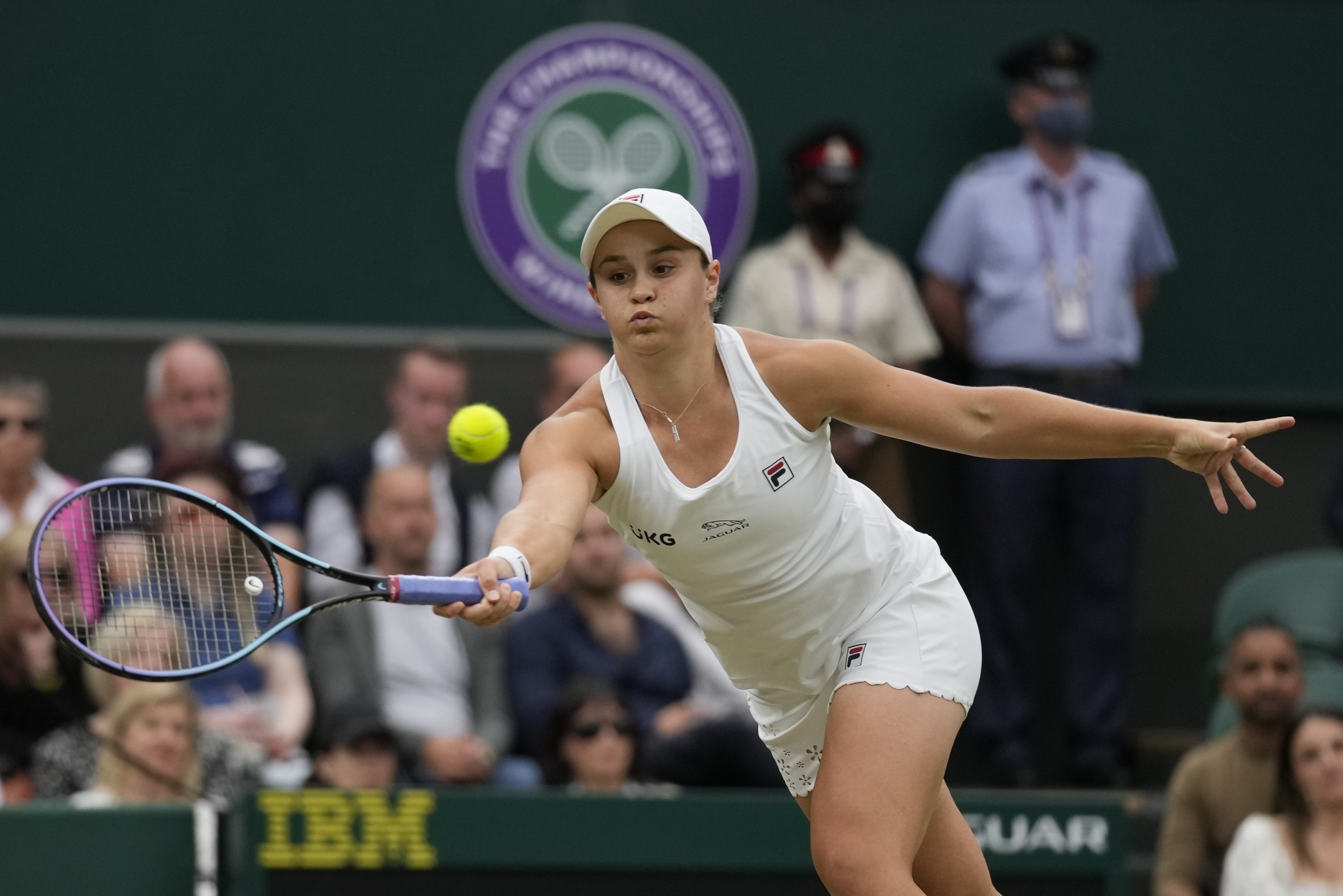 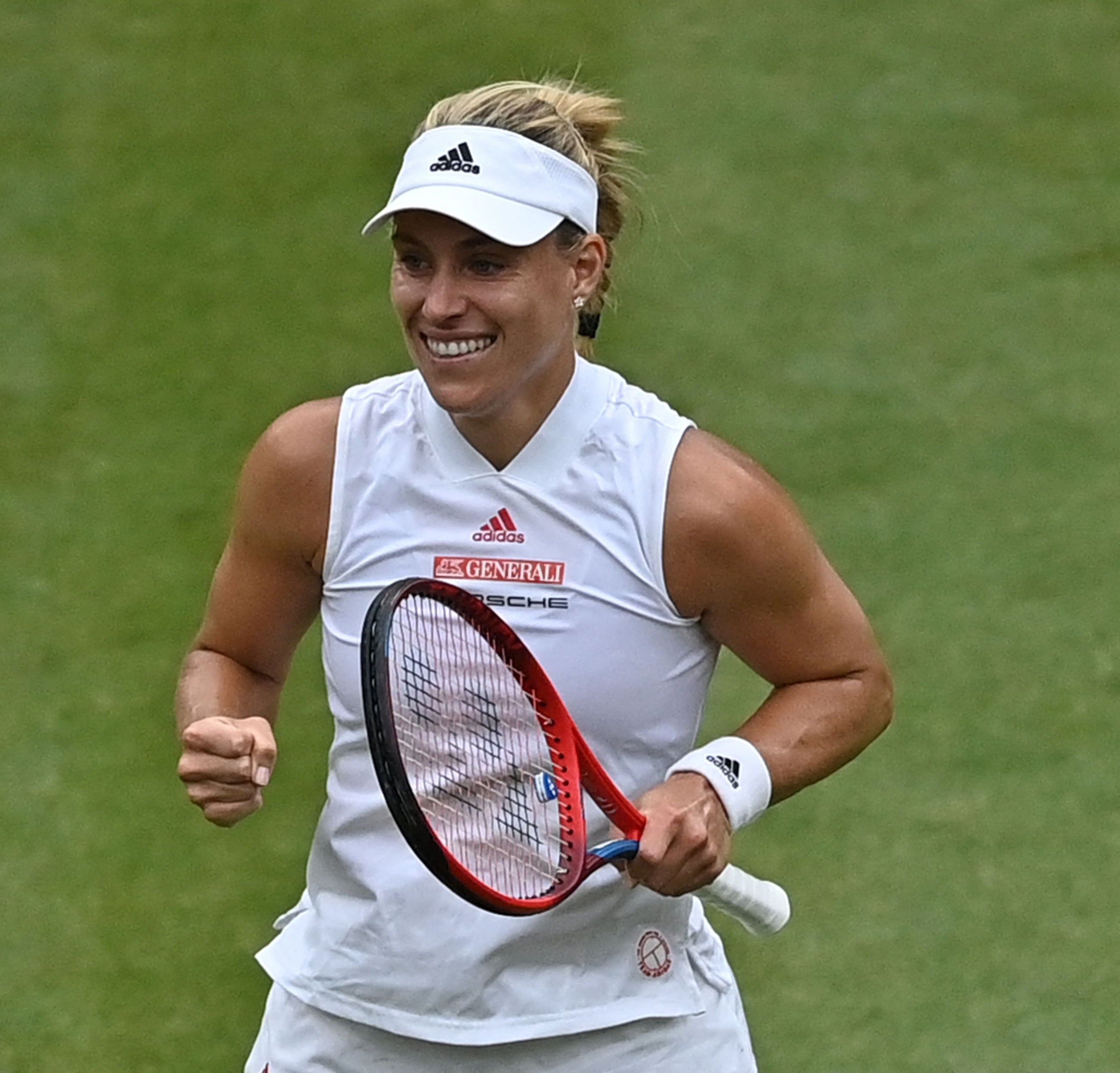 Barty, 25, has both won twice and lost twice against Kerber, but this will be their first competitive meeting since they faced off in Wuhan three years ago.

The queen of Queensland said: “Angie has an incredible record here. She's made multiple finals. She's one of the best grass courters going around.

“It's not scary or overwhelming, it's just exciting to have the challenge of playing someone who is comfortable on these courts, who knows how to win this tournament.”

Three-time Slam winner Kerber has returned to top form on the grass after a poor year and was far too good for Czech Karolina Muchova, who she beat 6-2 6-3.

The German, 33, said: “The last few months it was really tough. I never stopped believing in myself, in my team.

“I'm really looking forward to play against Ash. I know that I have to play my best tennis, and she will push me to that, to give everything out there.”

While there was disappointment for one Czech Karolina, another was in dreamland after setting up a big-hitting semi-final with second seed Aryna Sabalenka.

Karolina Pliskova, 29, has never won a Grand Slam and before this year had never been past the fourth round of Wimbledon. 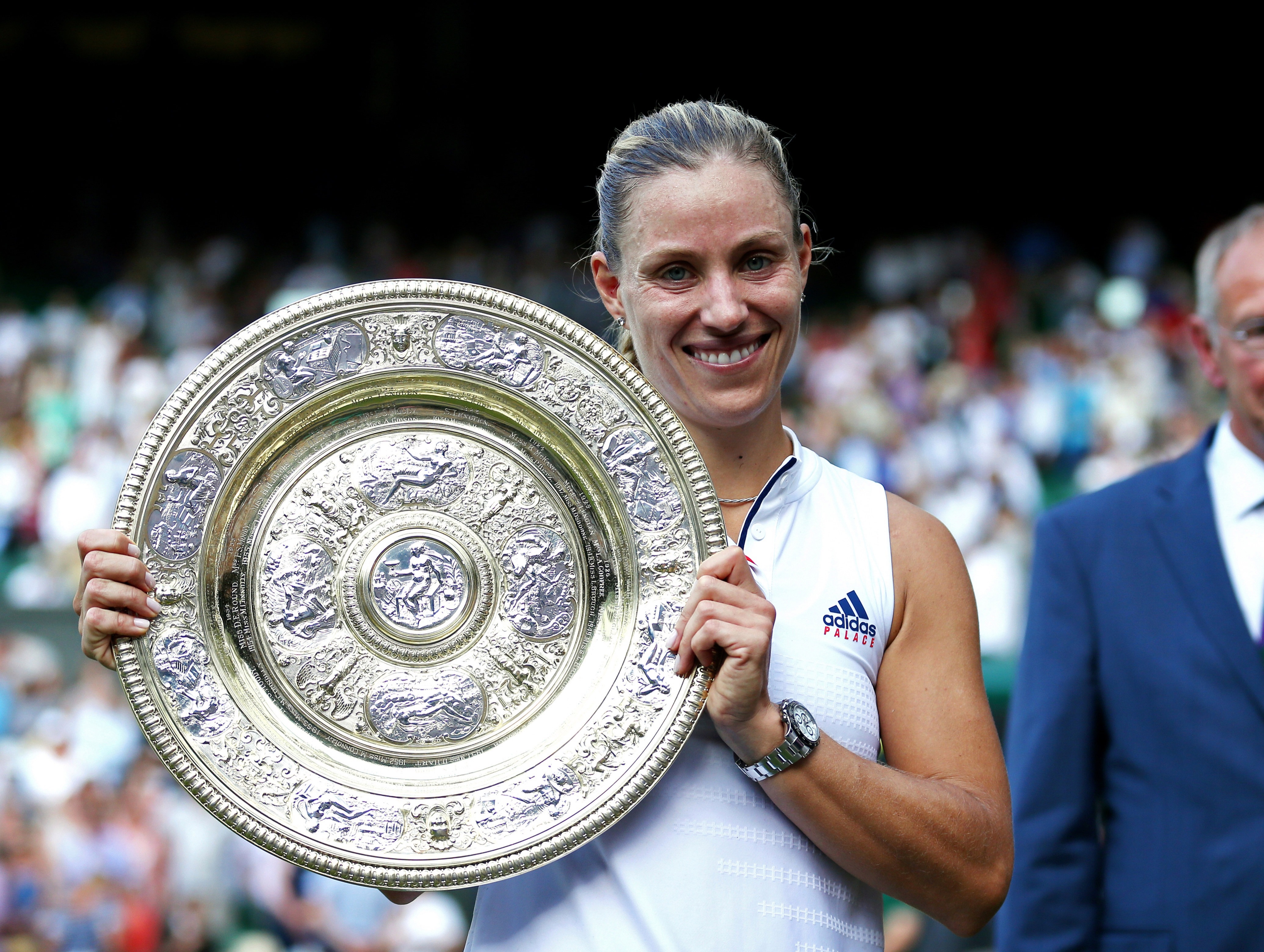 The former world No1, who beat Swiss Viktorija Golubic 6-2 6-2, said: “After not really having many good weeks before Wimbledon, it feels like a dream.”

Sabalenka took out Tunisian Ons Jabeur 6-4 6-3 to reach the last four of a Slam for the first time.

The Belarusian, 23, said she felt no pressure, thanks in part to her work with a psychologist.

She explained: “I actually thought that I would never make it to the second week of a Grand Slam!

"We worked a lot with my psychologist and with my coach.

“Today it surprised me but I didn't feel that pressure of being in the quarter-final for the first time. It was a great performance for me.” 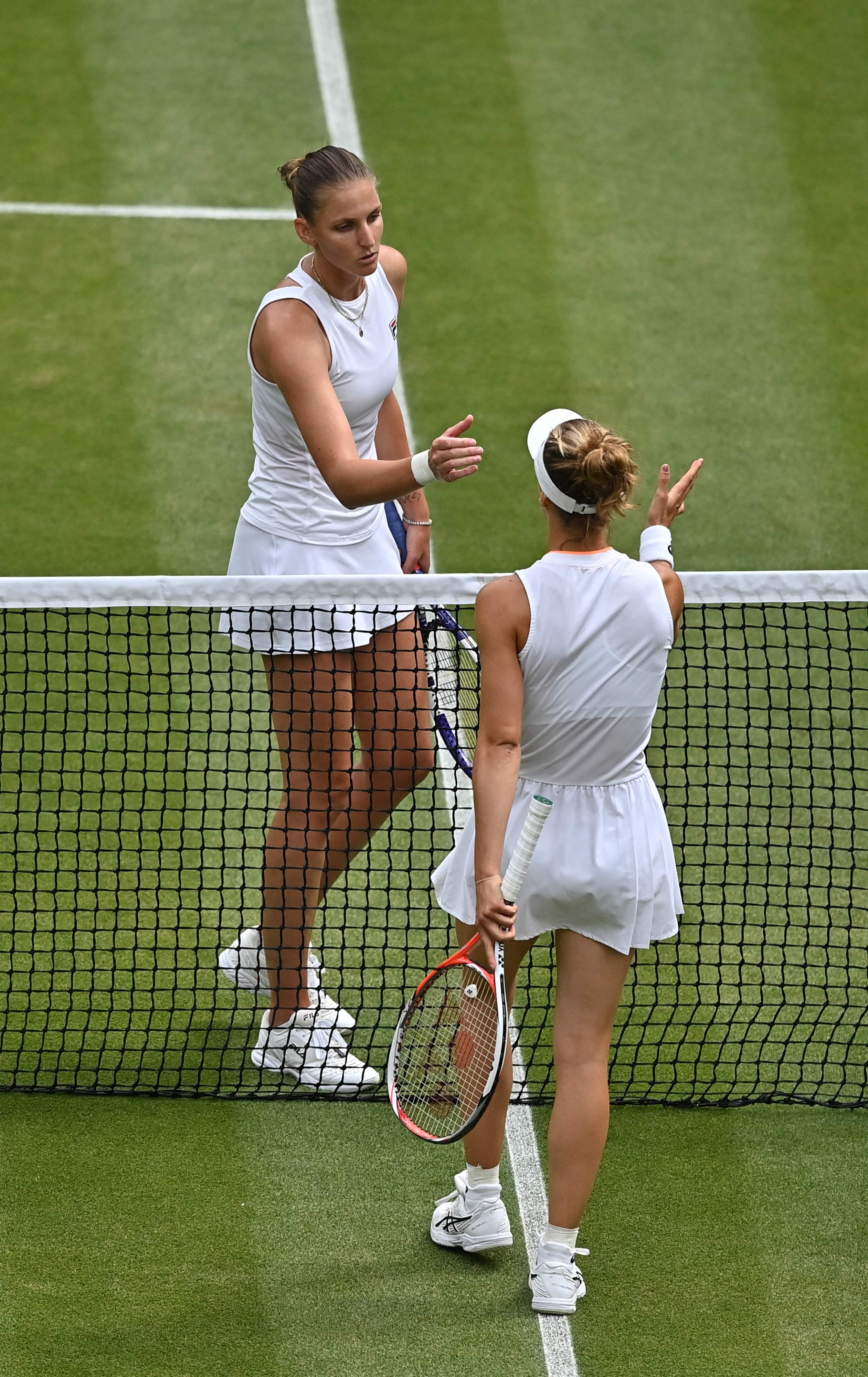 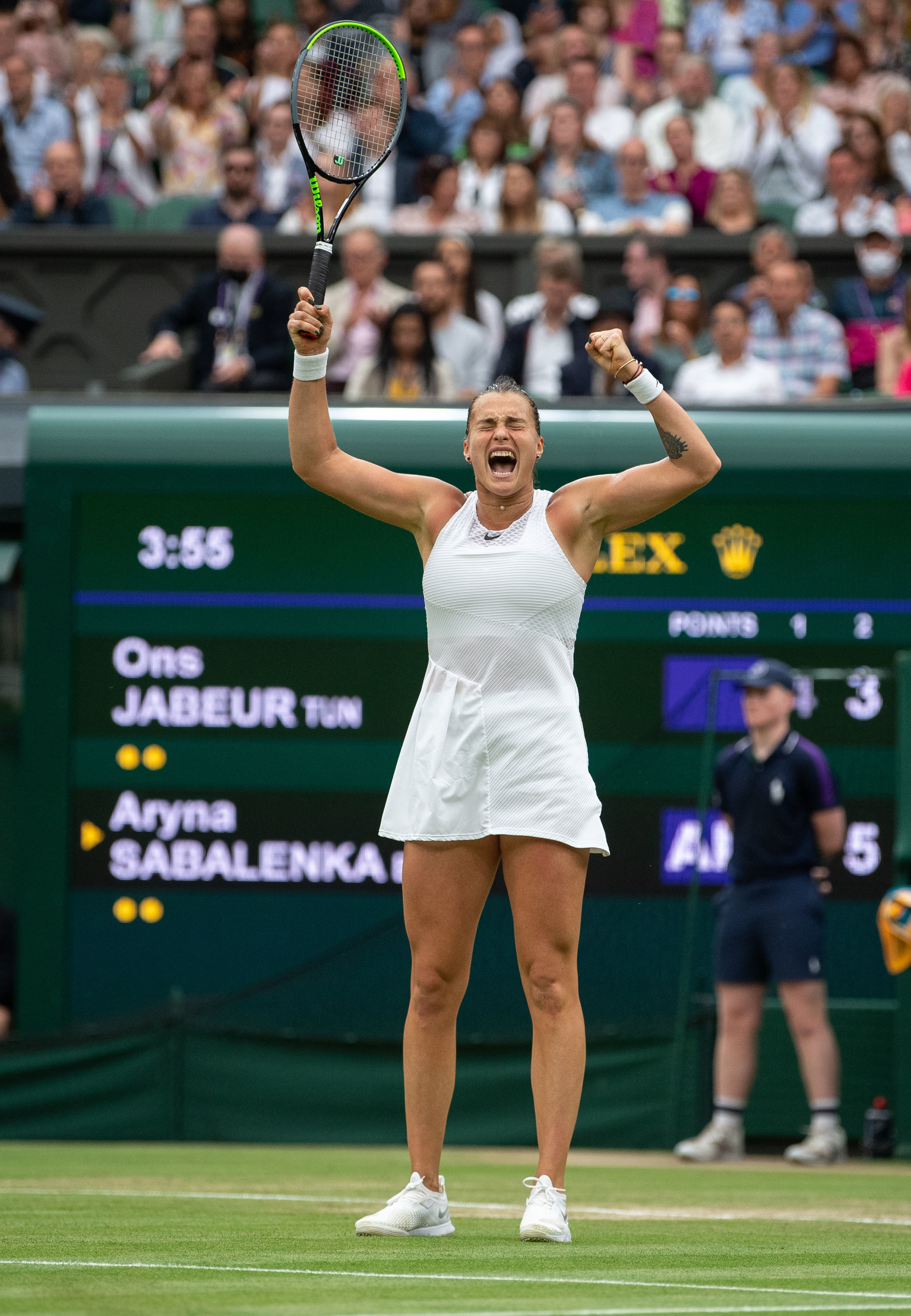