Ben Roethlisberger’s career could be coming to an end in a few weeks.

The Pittsburgh Steelers quarterback told former teammates and some within the organization “privately” the 2021 season will be the last of his NFL career, ESPN reported Saturday. 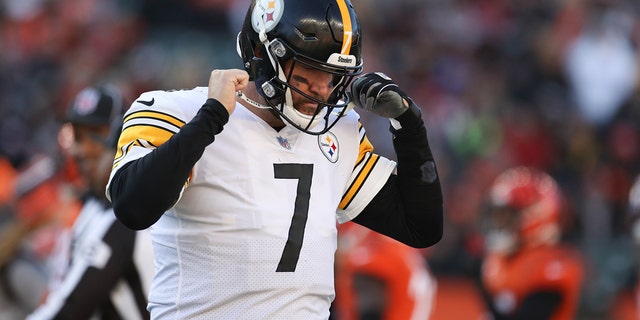 CINCINNATI, OH – NOVEMBER 28: Pittsburgh Steelers quarterback Ben Roethlisberger (7) walks toward the sideline during the game against the Pittsburgh Steelers and the Cincinnati Bengals on November 28, 2021, at Paul Brown Stadium in Cincinnati, OH.
(Ian Johnson/Icon Sportswire via Getty Images) 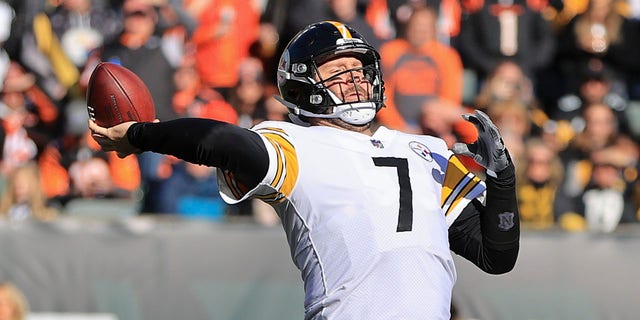 Pittsburgh Steelers quarterback Ben Roethlisberger (7) passes against the Cincinnati Bengals during the first half of an NFL football game, Sunday, Nov. 28, 2021, in Cincinnati.
(AP Photo/Aaron Doster)

“Sometimes the game will tell you when it’s time,” he said on CBS Sports Radio’s “Tiki and Tierney Show.” “And I love Ben, but I think next year may be time for him to step away from the game. Ben has been known for being one of those types of quarterbacks who is really tough to bring down, extend the plays, allow his team to make big plays because of how much of an athlete he was. He knew how to change the game. And I feel he’s losing a lot of that.

“When you can’t play the way you want to play, it gets tough. And sometimes, the game will allow you to leave on your own terms, or the game will tell you when it’s time to leave. And I think it might be getting to that time for Ben to step away.” 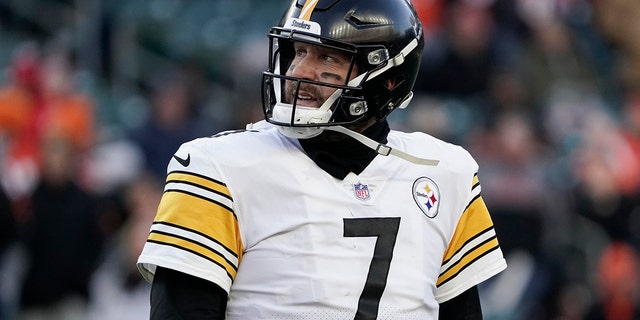 Pittsburgh Steelers quarterback Ben Roethlisberger (7) looks up toward the scoreboard as he leaves the field after losing to the Cincinnati Bengals in an NFL football game, Sunday, Nov. 28, 2021, in Cincinnati.
(AP Photo/Jeff Dean)

Roethlisberger is a two-time Super Bowl champion and a six-time Pro Bowler. He won the 2004 Associated Press Offensive Rookie of the Year and was in the same draft class as Eli Manning and Philip Rivers.