Home » Sport » Cardinals' DeAndre Hopkins checked himself back into game on his own accord: 'He'd just run on'

Cardinals' DeAndre Hopkins checked himself back into game on his own accord: 'He'd just run on' 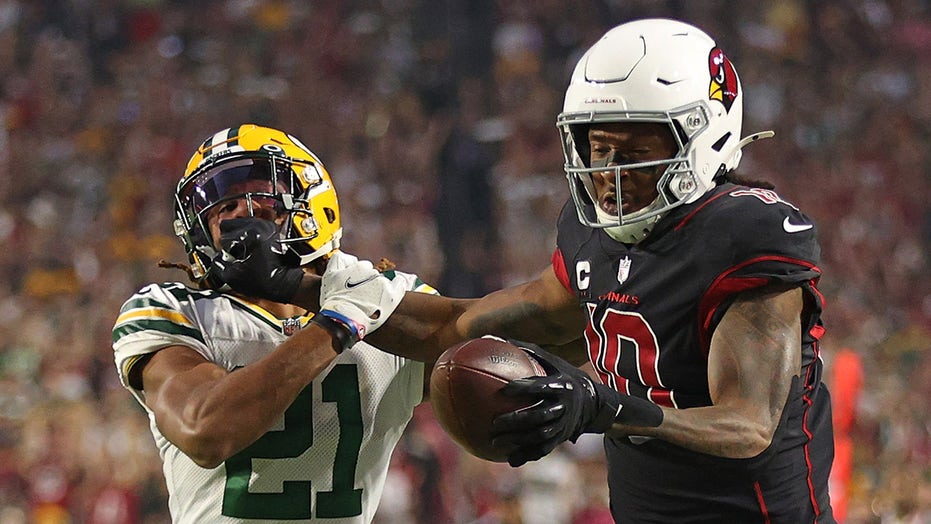 Arizona Cardinals wide receiver DeAndre Hopkins missed most of the game with a hamstring injury he suffered in the first quarter of Thursday night’s game against the Green Bay Packers, but an issue ensued when he checked himself back into the matchup.

Hopkins sat out two quarters while he was trying to test his hamstring on the sideline. Arizona coach Kliff Kingsbury told reporters after the 24-21 loss that the star receiver was inserting himself back into the huddle while coaches were trying to keep him on the sideline. 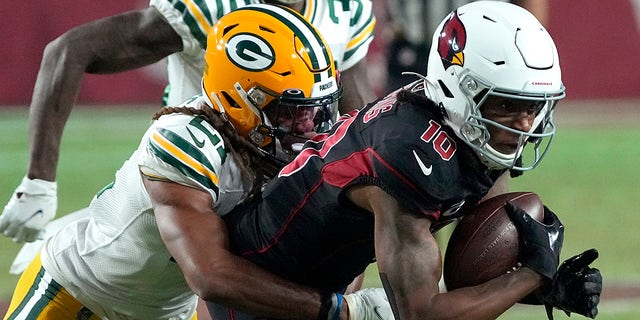 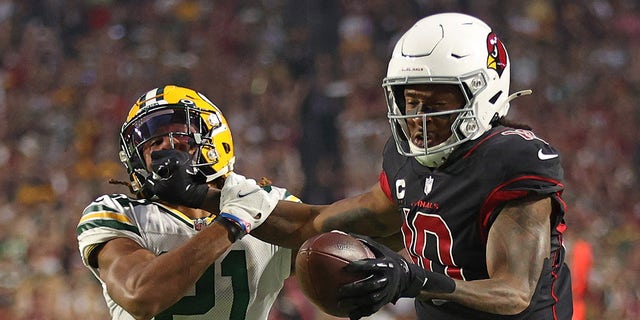 DeAndre Hopkins #10 of the Arizona Cardinals is called for a personal foul penalty against Eric Stokes #21 of the Green Bay Packers during the first half at State Farm Stadium on Oct. 28, 2021 in Glendale, Arizona.
(Christian Petersen/Getty Images)

“He wants to be out there. He’s competitive as anybody I’ve been around, and he ended up making some plays. But, we also have a lot of games left so we’re trying to be smart with him,” Kingsbury said.

The Cardinals lost the game after the final drive ended with an interception. 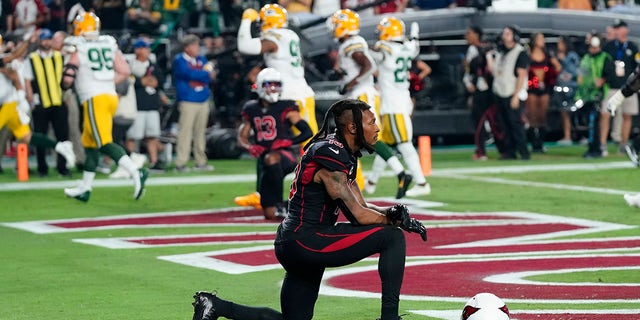 Arizona Cardinals wide receiver DeAndre Hopkins kneels after the Green Bay Packers intercepted the ball in the end zone during the second half of an NFL football game, Thursday, Oct. 28, 2021, in Glendale, Arizona. The Packers won 24-21.
(AP Photo/Ross D. Franklin)

Even in his minimal play, Hopkins led the Cardinals with two catches for 66 yards.