Come and join us for The Sun's incredible World Cup 2022 preview night with Tony Adams, Jack Wilshere and Harry Redknapp | The Sun

This incredible event will see SunSport's Shaun Custis lead a panel discussion with a star-studded selection of special guests. 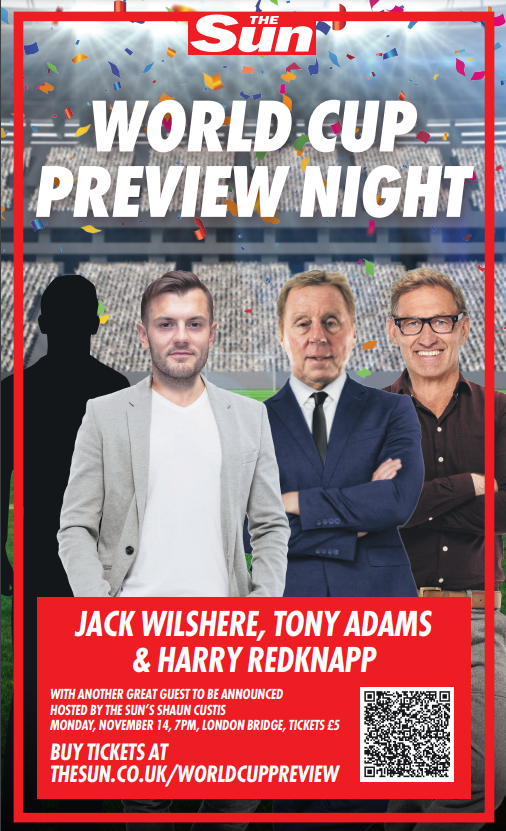 He will be joined by Arsenal legends Adams and Wilshere, as well as former Tottenham boss Harry Redknapp and one other great guest to discuss all things Qatar 2022 a week before the tournament kicks off.

Doors will open at 6:15pm, with the show getting underway at 7pm.

Shaun Custis will lead a fascinating one-hour discussion – with our brilliant panel giving their thoughts on England and Wales' chances, the tournament favourites and potential underdog success stories.

They will also share amazing anecdotes and tales from their own World Cup experiences. 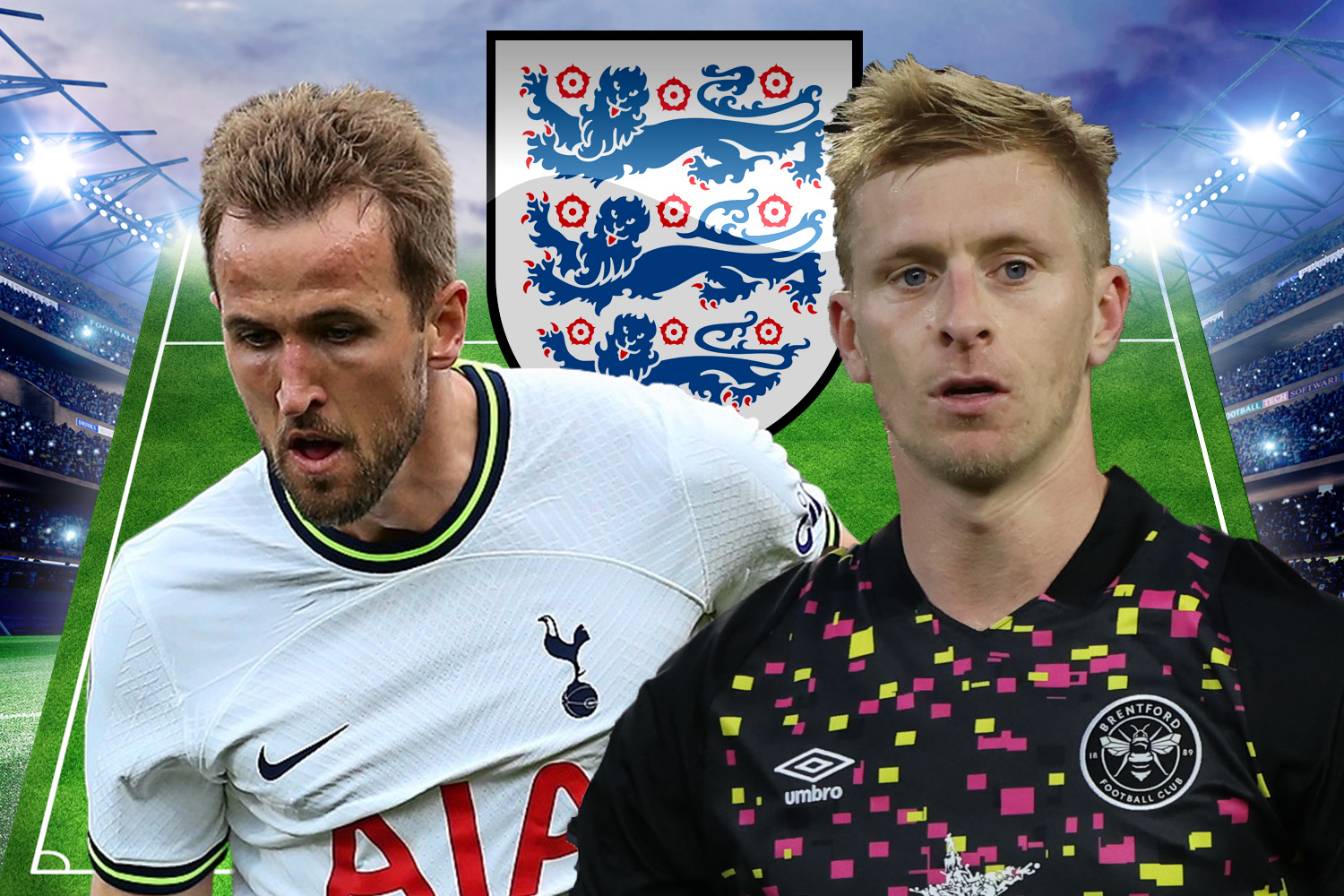 After a ten minute break, Shaun and our panel will reconvene to answer YOUR questions in a Q&A session.

Tickets cost a bargain £5 for Sun readers, with drinks and snacks included.

Availability is limited so hurry and get your tickets now.

They can be purchased here.