CONOR MCGREGOR showed he is no longer Mr Nice Guy after vowing 'drill' Dustin Poirier's head off before throwing a kick at the American during last night's press conference.

The Notorious was a noticeably calmer figure before the duo's fight in January, exchanging pleasantries and proclamations of respect with rival Poirier. 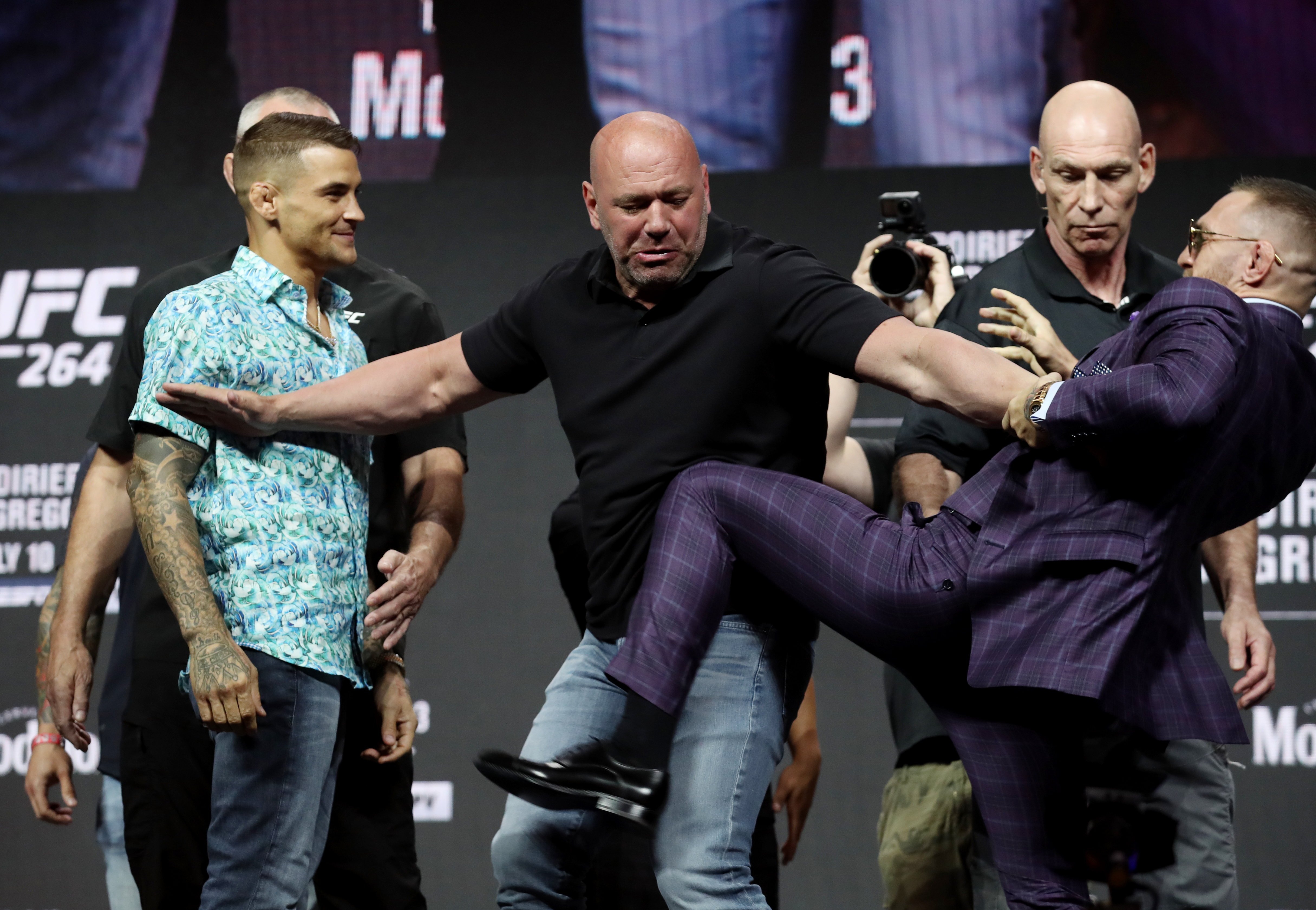 But after being bruised by defeat on Fight Island, the old, volatile McGregor was back with a vengeance at the pre-fight presser in Las Vegas last night.

The Irishman, 32, threw a kick at The Diamond during their face off on stage, with UFC president Dana White on hand to try and keep order.

And he was scathing while questioned by the press in front of the fans.

But as the Notorious arrived, he threw the present off stage.

And of his rival, he spat: "I'm gonna go drill his head, put holes into it and take it off his shoulders.

"That's the goal here! He's done here! This is it for him! This is the end of the road."

He later added: "I don't give a f*** about him to be honest. I don't give a rat's ass about him. He's Buster Douglas is what he is, and that's the way he's gonna go down. 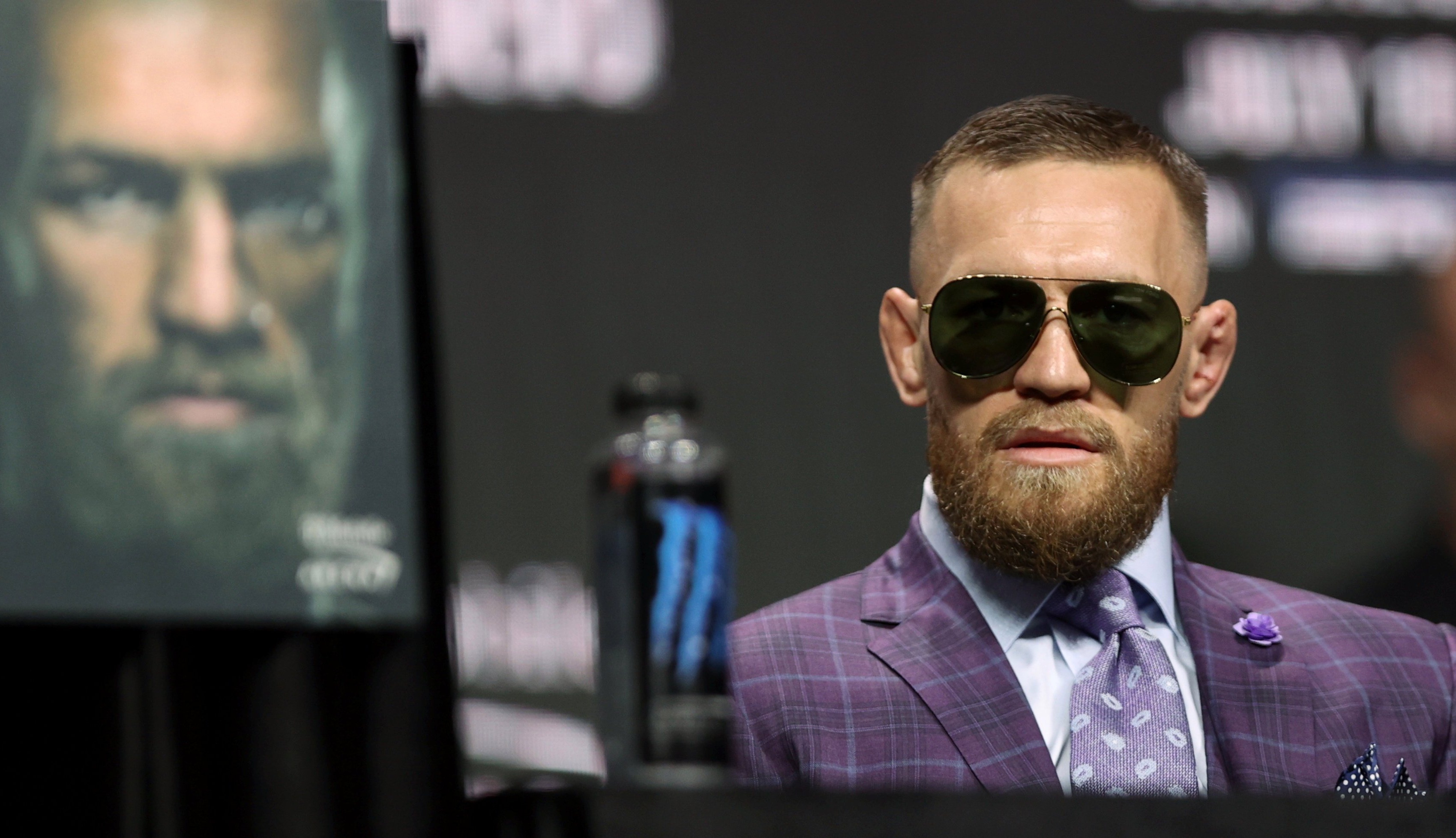 "He's gonna be known for that. It was a fluke win and I'm gonna correct it on Saturday night."

Asked for a prediction by BT Sport's Ariel Helwani earlier this week, McGregor said: "Dustin's going out on a stretcher — that's my prediction.

"He's going out of this fight on a stretcher.

Quizzed what will be next after Poirier, McGregor targeted a title bout with current lightweight king Charles Oliveira.

He said: "Yeah, it's Oliveira next.

"We'll dance with the Brazilians again and I look forward to it."

Then asked whether the 31-year-old, who is riding a nine-fight win streak, 'impresses' him, McGregor replied: "No, he's timid. He's going to crumble."