CONOR MCGREGOR insists he has no feud with Machine Gun Kelly – inviting the American rapper to his next fight.

The Notorious was involved in a melee with the 'Till I die' star on Monday night at the MTV Music Video Awards at the Barclays Center in New York. 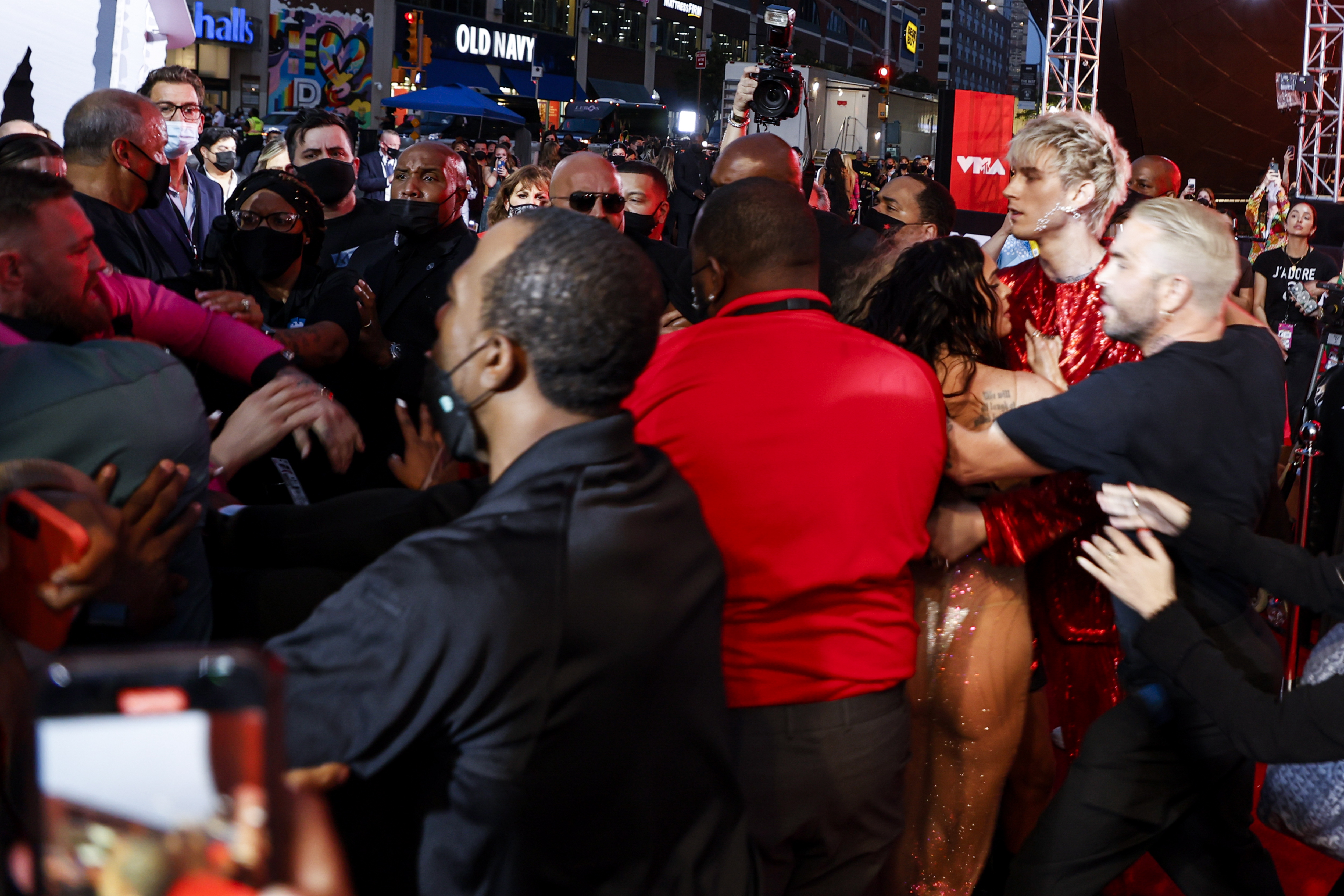 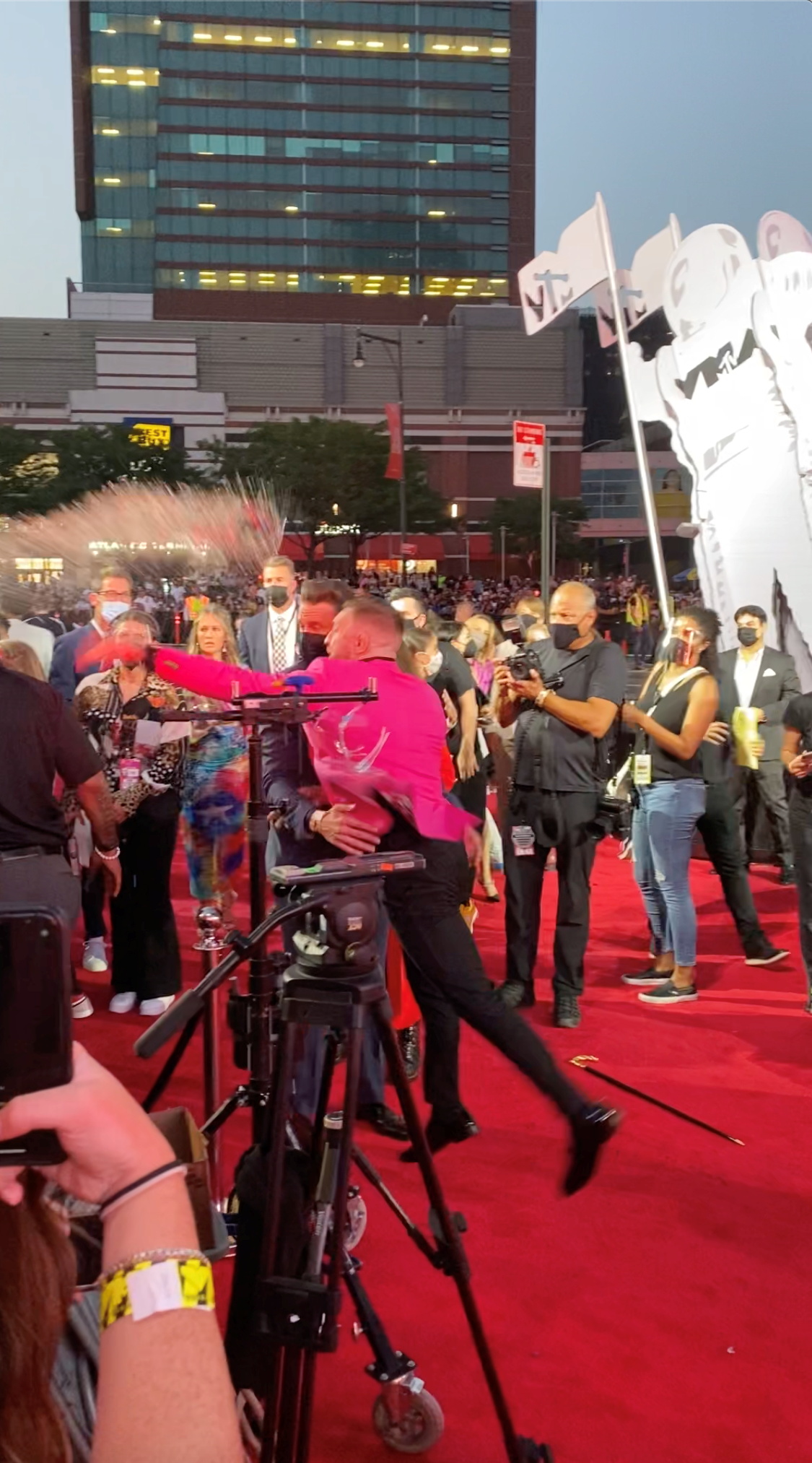 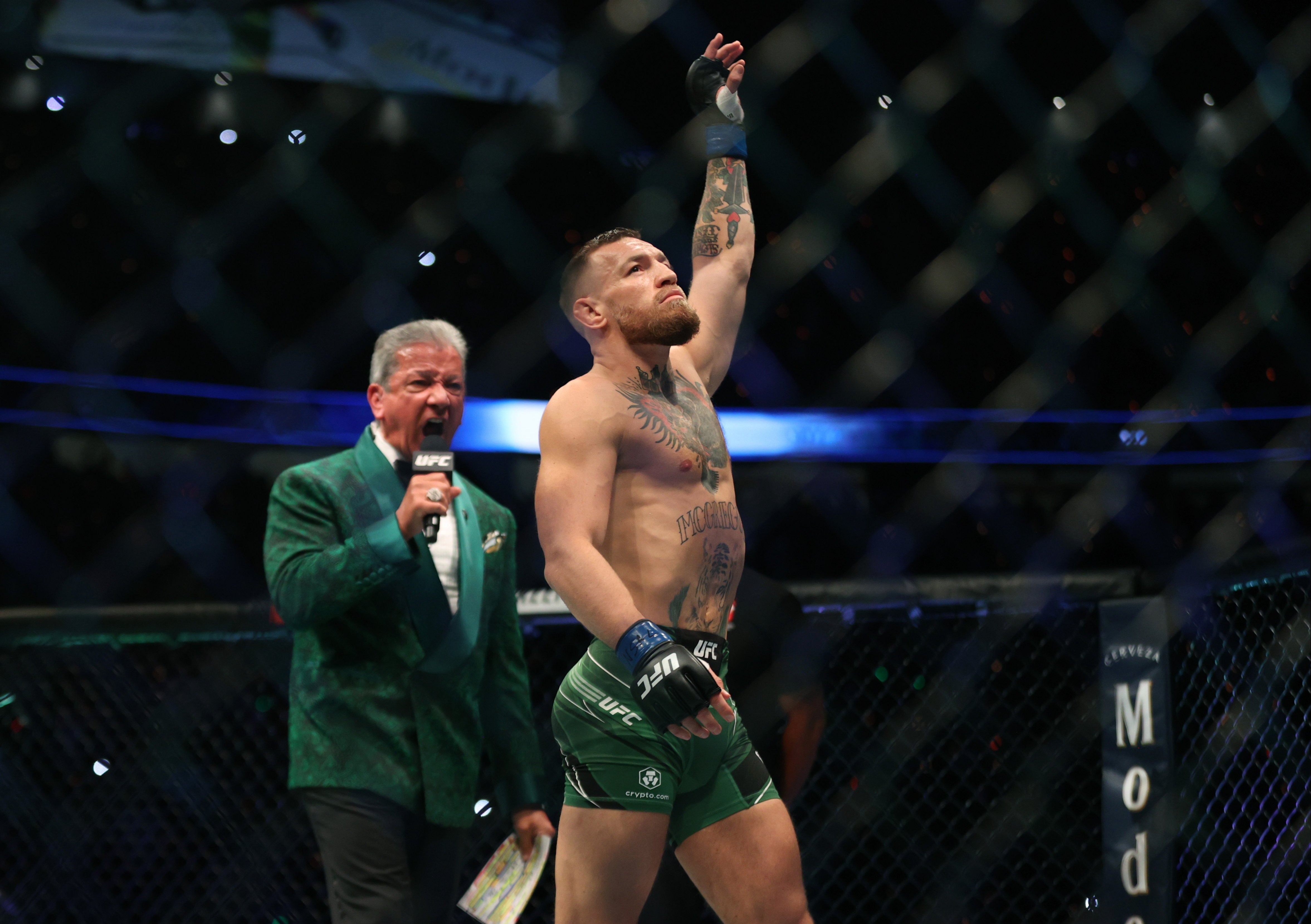 McGregor, 33, allegedly threw a drink at MGK after being pushed away by the music star – who was accompanied to the show by his long-term girlfriend Megan Fox.

But the Irishman is adamant he has no issue with the musician, telling Adam's Apple: "It's all good. Come to the next fight.

"They're more than [welcome]. Come watch me perform any time. I'll perform no problem.

"Everyone is more than welcome to come to my fights and come to the shows."

But the UFC's poster boy claims to have had no prior knowledge of Kelly's identity.

"Megan's been at the fights [for] years.

"So I know Megan. I don't know the guy. There's no problem.

"Come to the fights. No problem."

It's all good. Come to the next fight.

McGregor is currently recovering from the horrific broken leg he suffered in his rubber match with Poirier.

The UFC's first simultaneous two-weight world champion has made a faster than expected recovery from the break, which is expected to keep him on the sidelines until next July.

Mystic Mac recently began putting weight back on his injured leg courtesy of an anti-gravity treadmill, although he's now making use of a cane.

Last month, he shared a video of himself walking on the treadmill to Instagram with the accompanying caption: "Today is a momentous day!!!

"I walked for the first time since surgery. Bearing 50% of my big bodyweight!

"I also done it in the brand new 'Irish Green' Virgil Louis Abloh’s!

"A long way to go yet but a massive personal boost for me today!

"Thank you all for the continued support everyone. God bless, happy Saturday."