CRISTIANO RONALDO will be BANNED for Portugal’s next World Cup qualifier after receiving a yellow card for taking off his shirt. 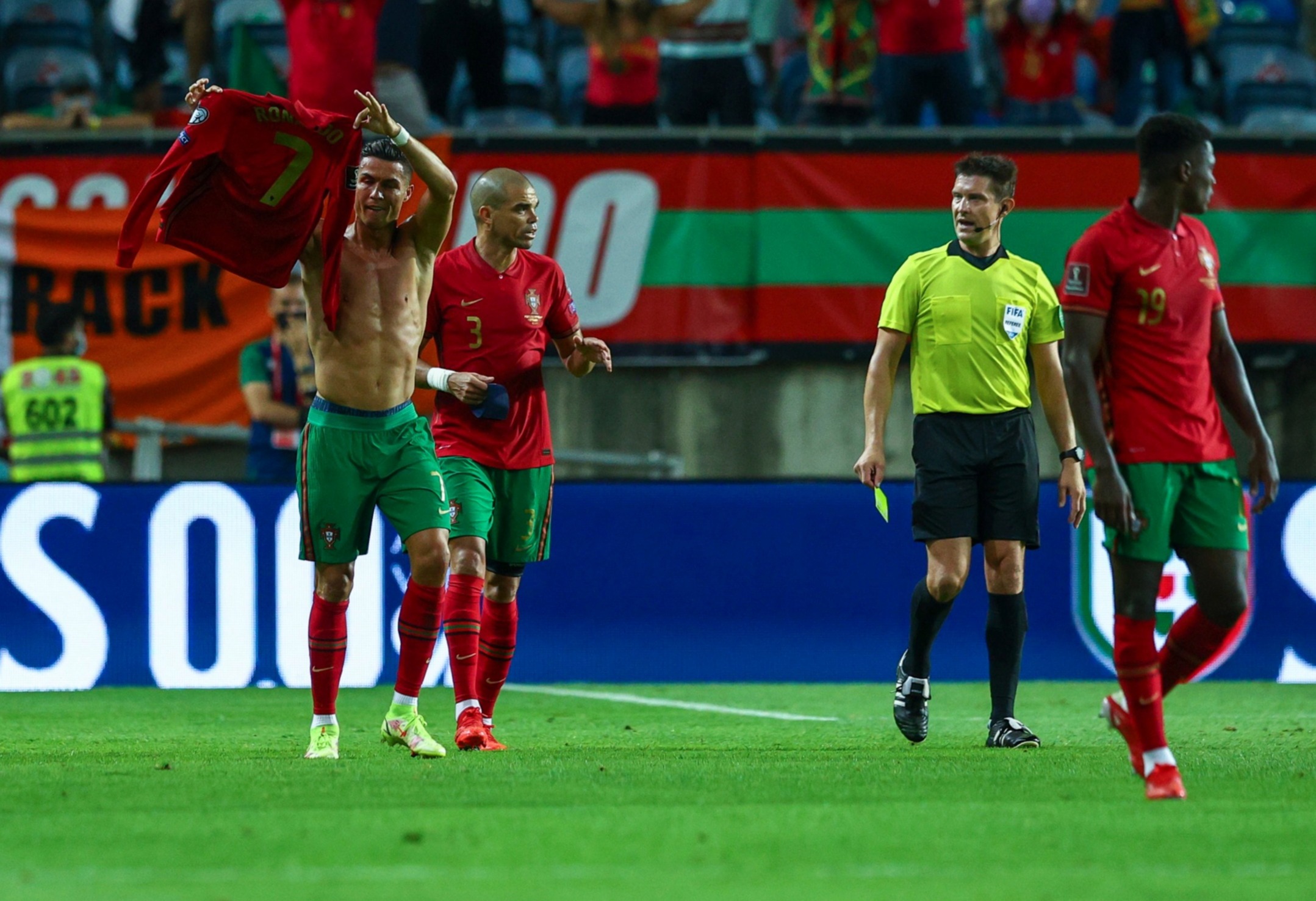 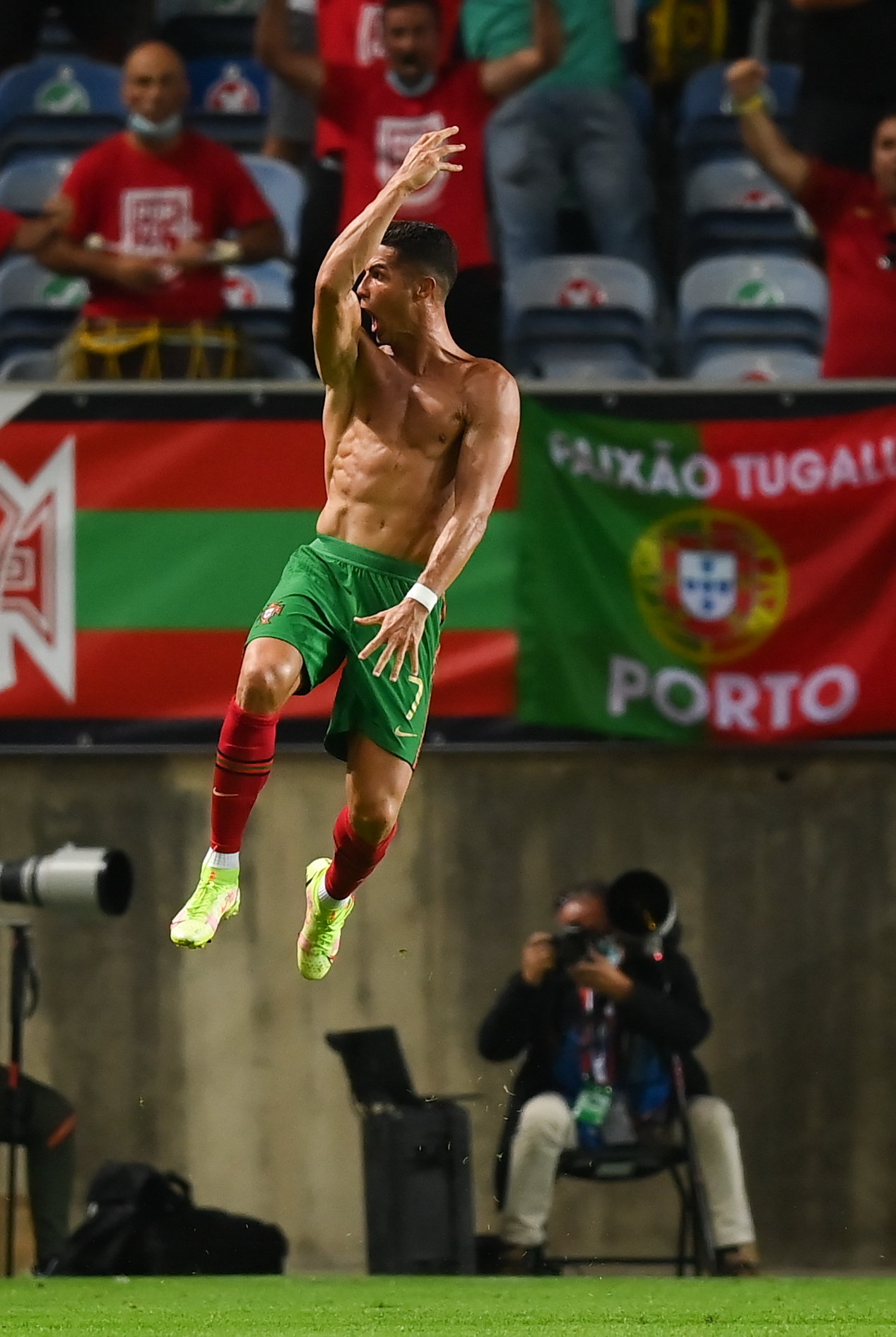 It even prompted the referee to APOLOGISE as he dished out the booking.

And Ronaldo, 36, will now miss Tuesday’s trip to Azerbaijan after the yellow card resulted in a one-match suspension.

He is still expected to feature in Saturday’s friendly against Qatar, however.

But the new Manchester United signing won’t mind too much, having missed a penalty earlier in the game before netting his 110th and 11th international goals.

And that was not enough for the insatiable striker, who popped up with virtually last kick of the game to grab the winner.

Joao Mario provided the ball in and once again Ronaldo guided his header into the net.

However, Ronnie’s behaviour was not overlooked by Slovenian referee Matej Jug.

After allowing Ronaldo and his Portugal team-mates to celebrate their winner, he approached sheepishly before branding the booking.

Jug then shrugged and appeared to apologise as Ronaldo soaked up the applause.

But the Red Devil did not even seem to notice as he expressed his joy at breaking yet another record.

Ronaldo told RTE: "I'm so happy, not only because I beat the record, but for the special moment that we had.”

Two goals at the end of the game. I have to appreciate what the team did, we believed until the end. I'm so glad."