DEREK CHISORA and Joseph Parker's 'Breakfast Gloves Are Off' meeting was gatecrashed by SPIDER-MAN on Thursday morning.

The Marvel character appeared during their pre-fight meeting as a reminder to the time when Parker pulled out of their 2019 bout after being bitten by an arachnid. 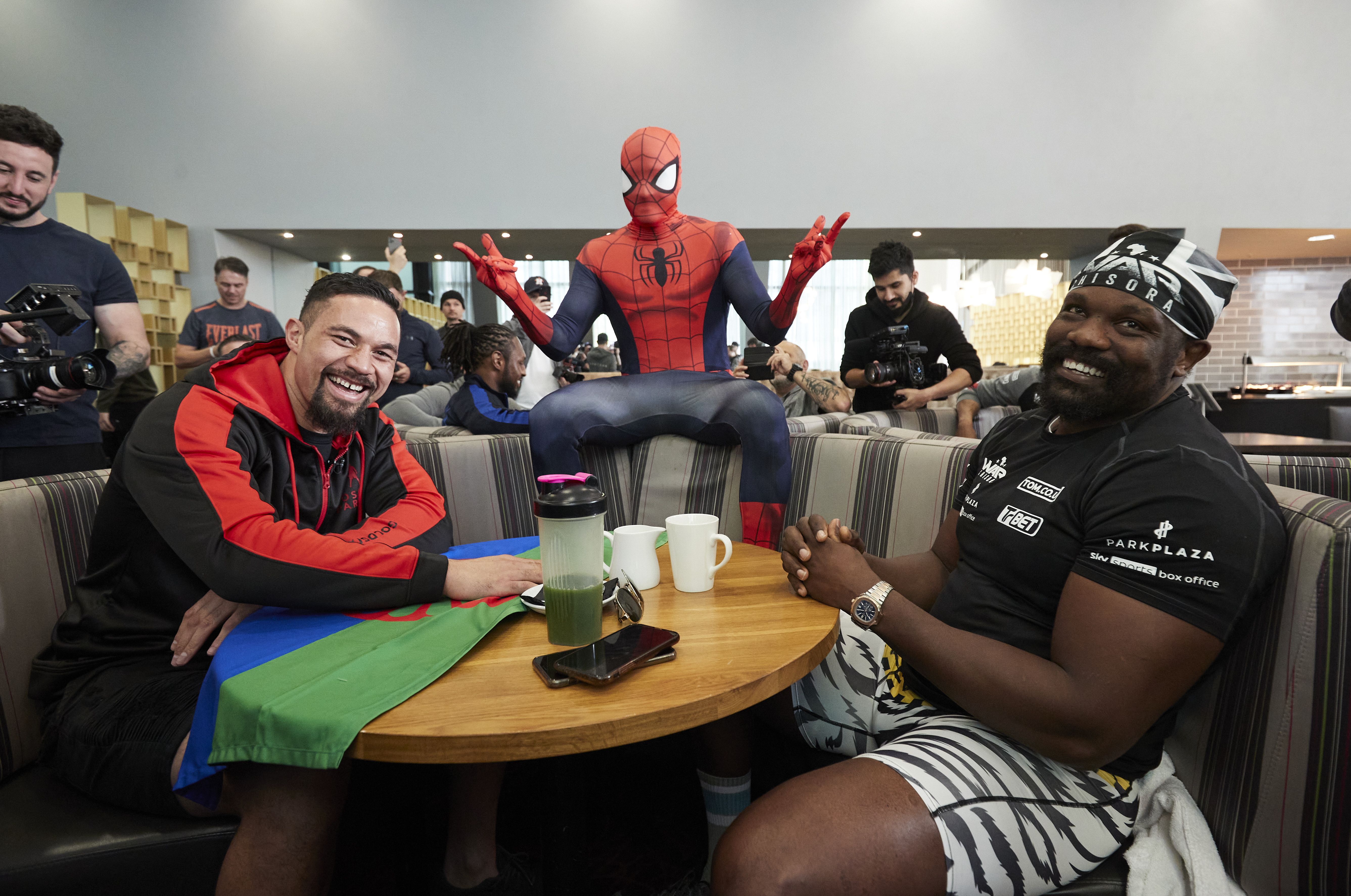 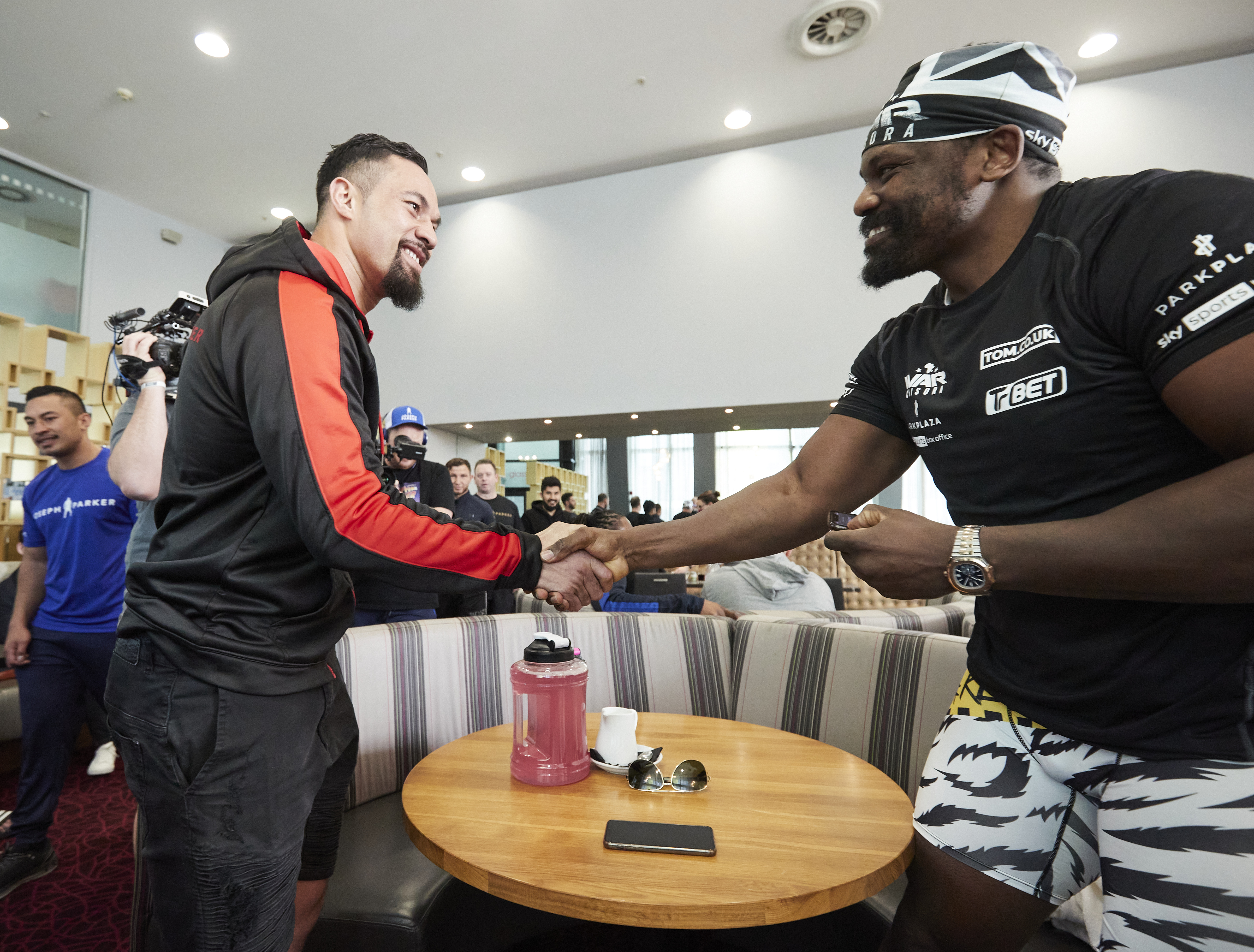 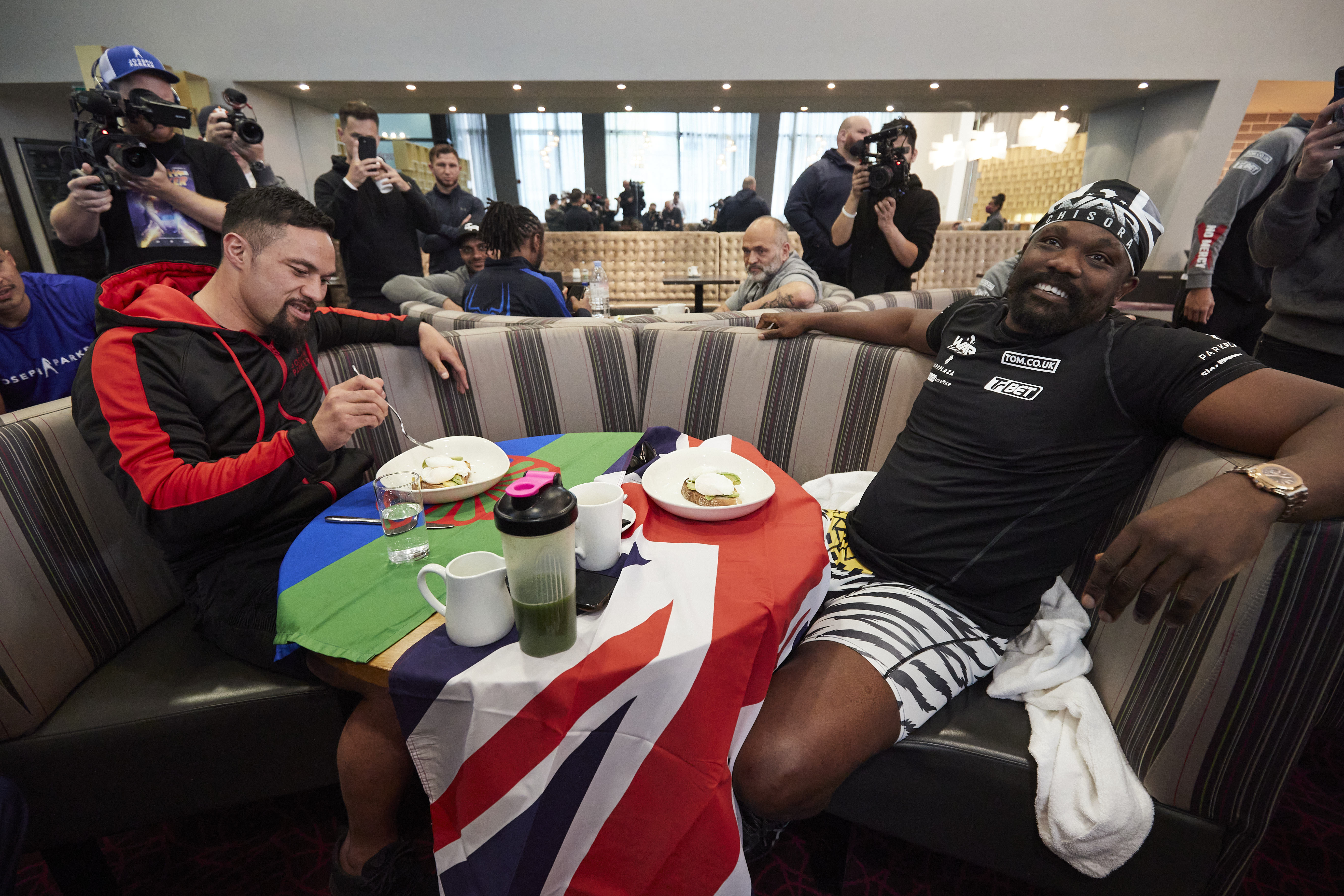 It has taken nearly two years for the pair to finally meet inside the ring, with the duo to meet at Manchester Arena on Saturday.

And the heavyweight's were in a joyous mood as they sat down for a friendly meal together, where they ordered poached eggs and avocado on toast.

Chisora posted footage of the two enjoying a bite to eat on Instagram to his 228,000 followers where he joked they were taking part in a 'Breakfast Gloves Are Off' special.

He even FaceTimed Sky Sports Boxing pundit Johnny Nelson – who hosts theTV show – to get involved.

Captioning the clip, the 37-year-old said: "Breakfast with @joeboxerparker. Romance him up before I f*** him up."

In a follow-up upload, he commented: "Hope you enjoyed breakfast @joeboxerparker#warchisora#chisoraparker."

Former WBO heavyweight champion Parker, 29, is hoping a win over Chisora will see him back competing for world titles.

But Chisora is looking to scupper those plans as he promised to bring pain when he meets the New Zealander inside the squared circle. 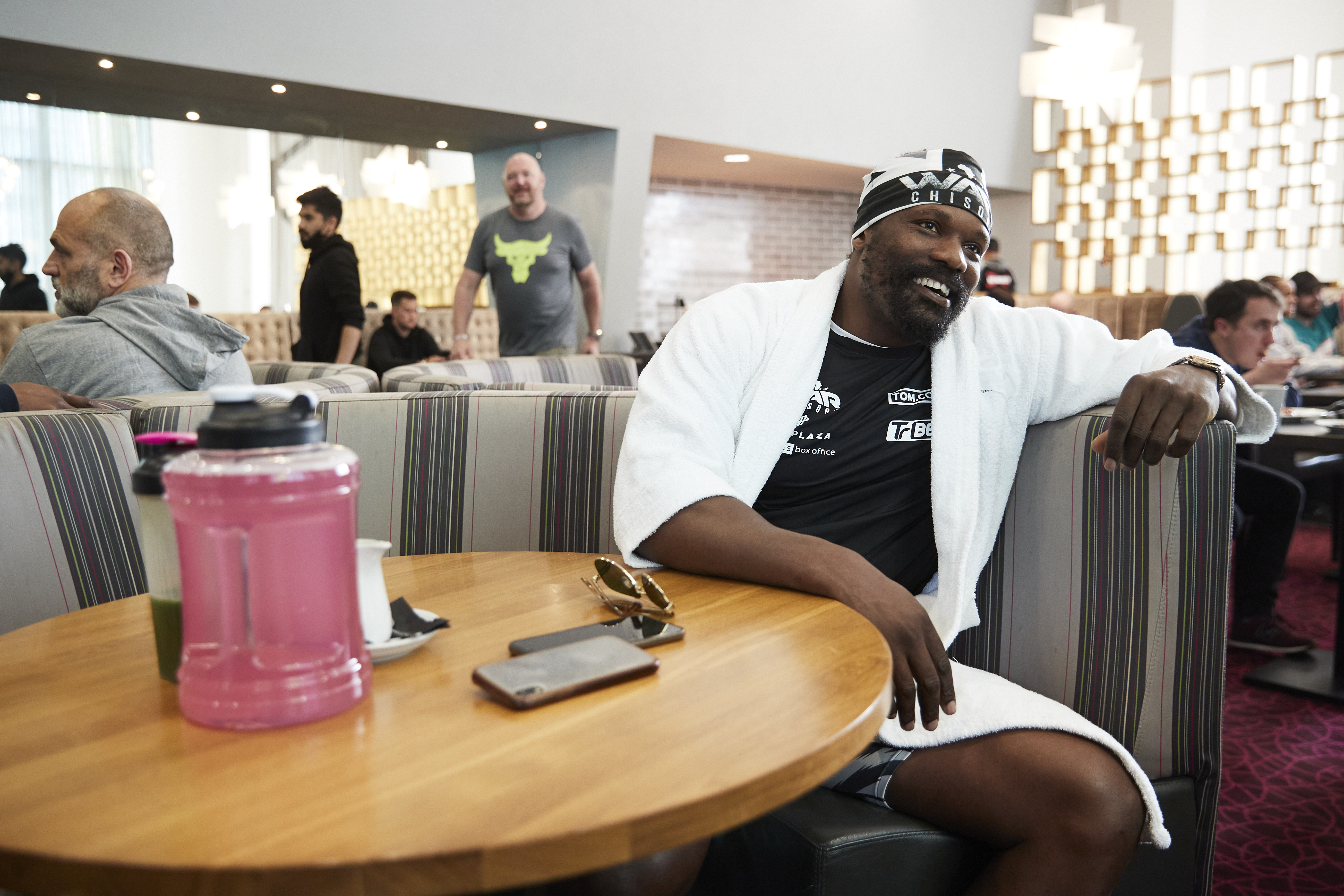 🥊 CHISORA VS PARKER: TV, live stream and start time info ahead of the big fight

Quoted by Bad Left Hook, he said: "Great for him he’s looking to become a world champion, but it doesn’t mean nothing to me.

"I’m just going to pound on him when I see him. What can I do better than Joseph Parker? That’s a good question. Everything.

"The fight is going to be a great fight, we’re going to push on it, train hard and go crazy about it. You know the routine, man: ‘WAR.’

"Expect what I always deliver. Beat the guy and pound on the guy. Destroy that guy. Confidence.

"I put the fear of God in him. I am bringing pain and war."