ENGLAND’S youngsters had that sinking feeling in a major tournament again as they lost their Under-21 Euro group opener to a freak goal.

Nice starlet Dan Ndoye won it for the Swiss when he slipped over while shooting in the 77th minute, kicking the ball onto his other foot and sending it looping up over Aaron Ramsdale. 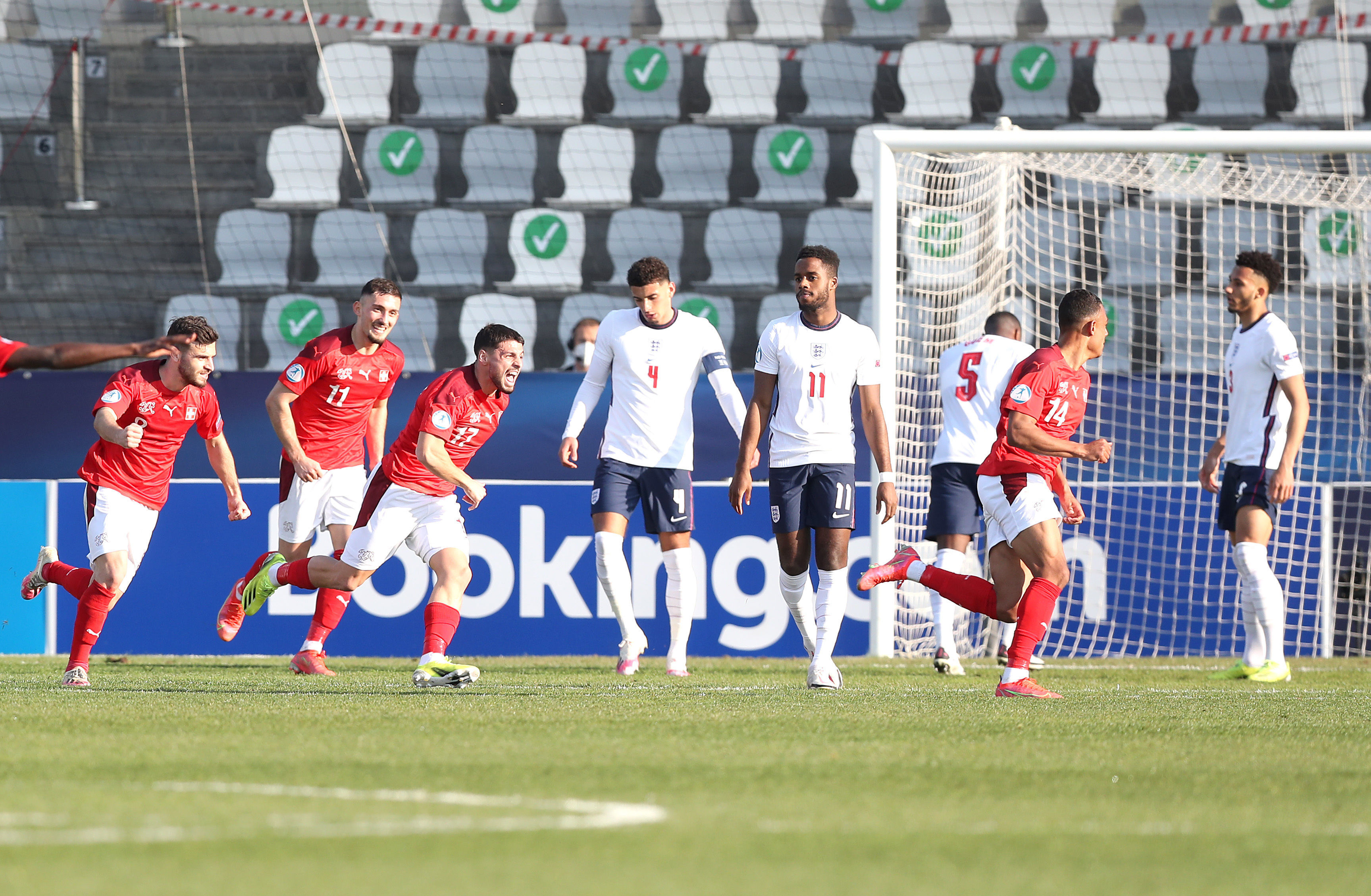 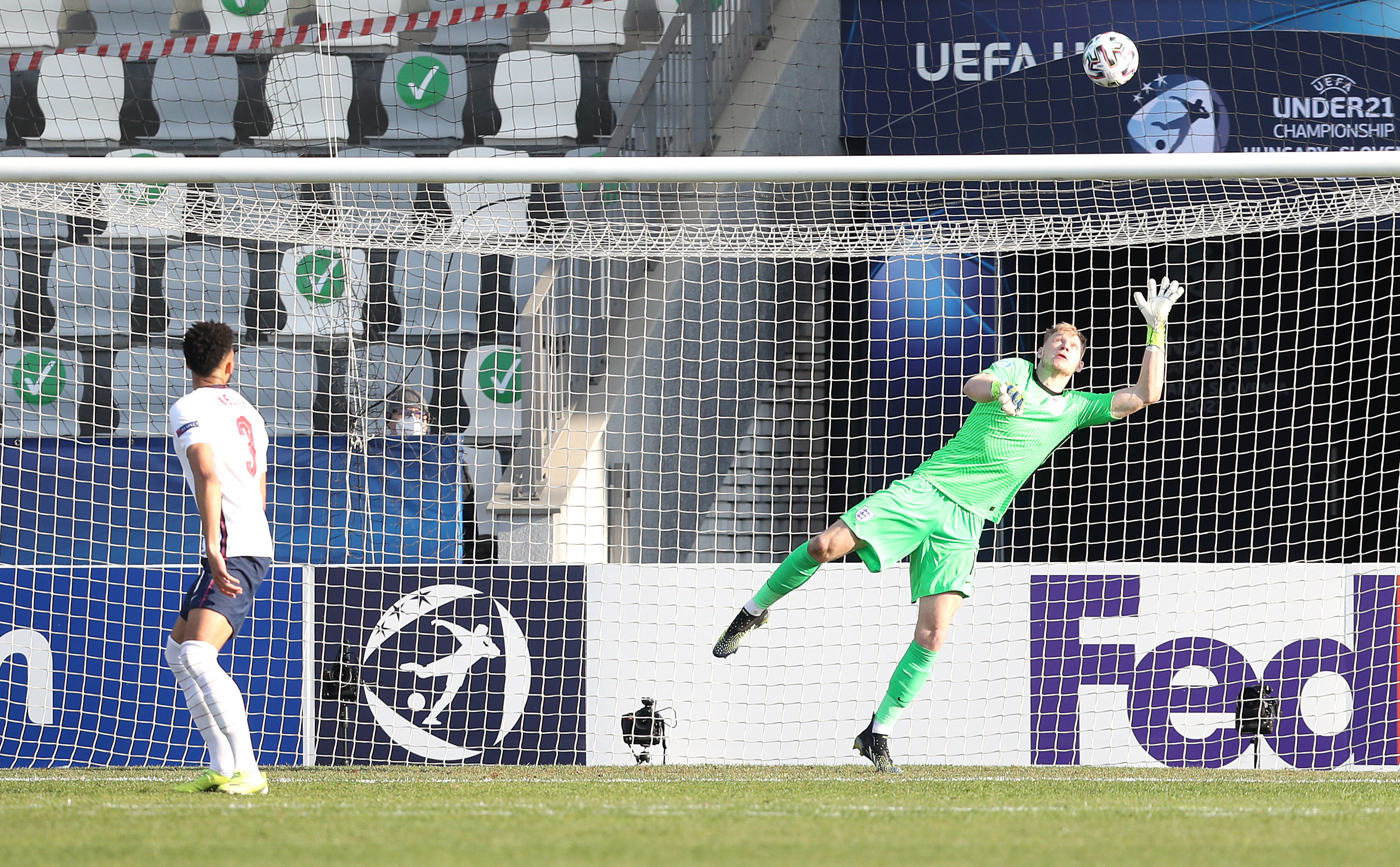 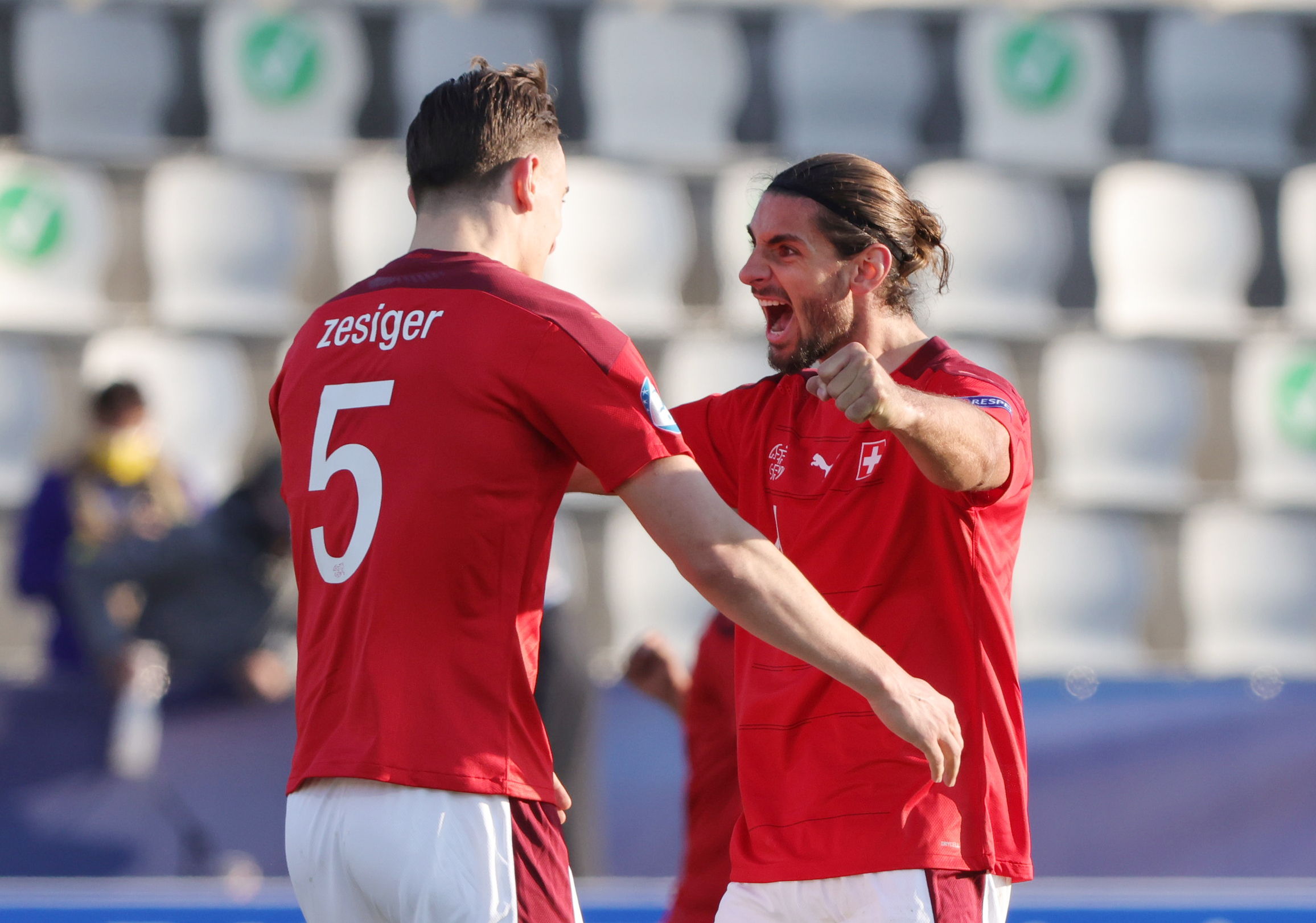 It was as lucky a strike as they come – but the Young Lions could have few complaints about the scoreline.

They offered little going forward and were fortunate not to fall behind earlier.

It was the worst possible start for Aidy Boothroyd’s side and now puts immense pressure on Sunday’s clash with Portugal to qualify from their group.

The defeat felt familiar as England’s Under-21s, who have not lost a game in qualifying for ten years, always seem to struggle in the actual tournament, having failed to make it out of the group in four of the last five championships.

The conservative approach failed to conjure up much going forwards with Smith Rowe struggling to get into the game.

While the Young Lions’ desire to play out from the back almost cost them on two occasions.

The first came 15 minutes in when Ben Godfrey tried to fire a ball across his half and gave it straight to Bastien Toma, who played Andi Zeqiri clean through. 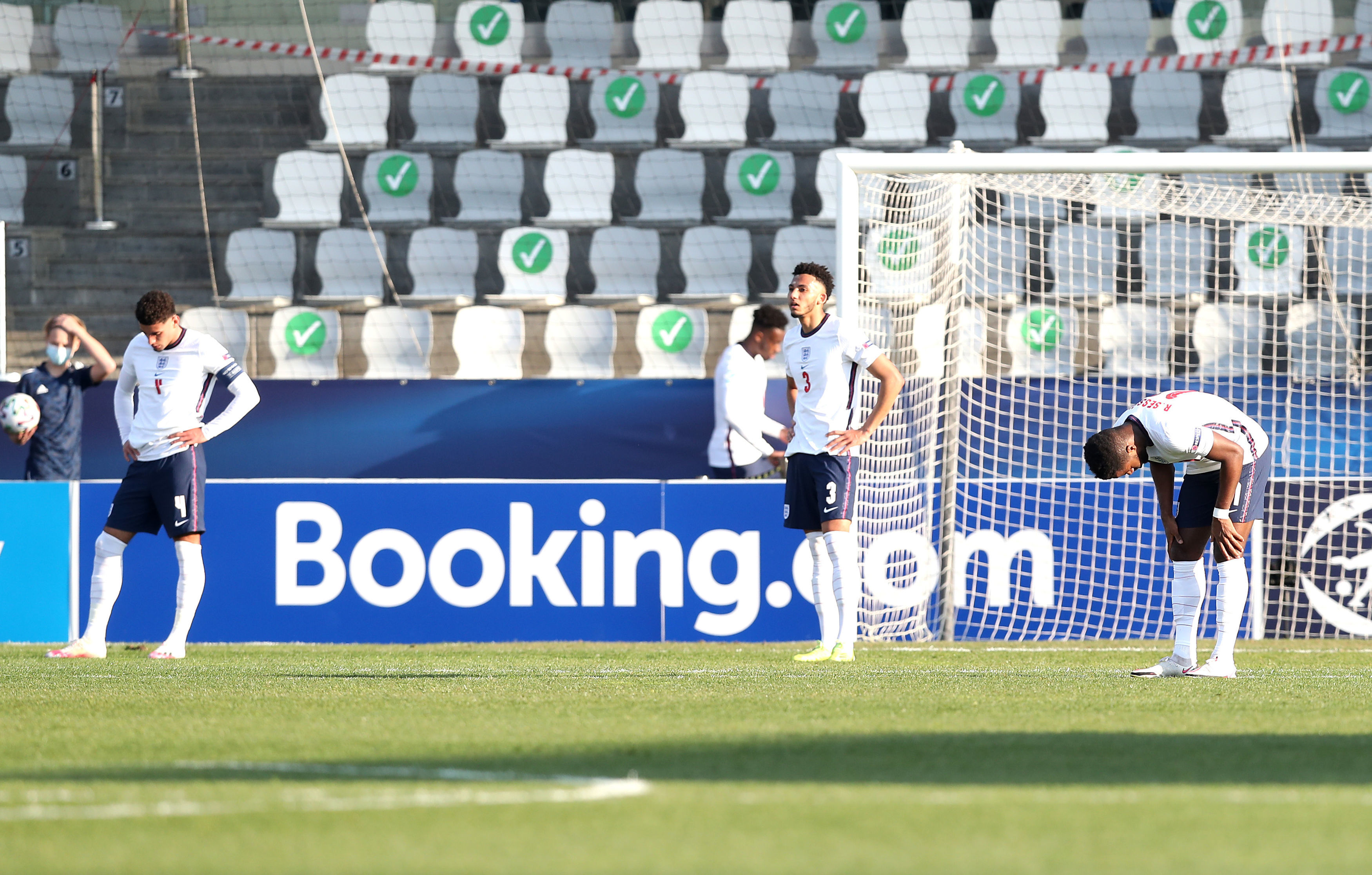 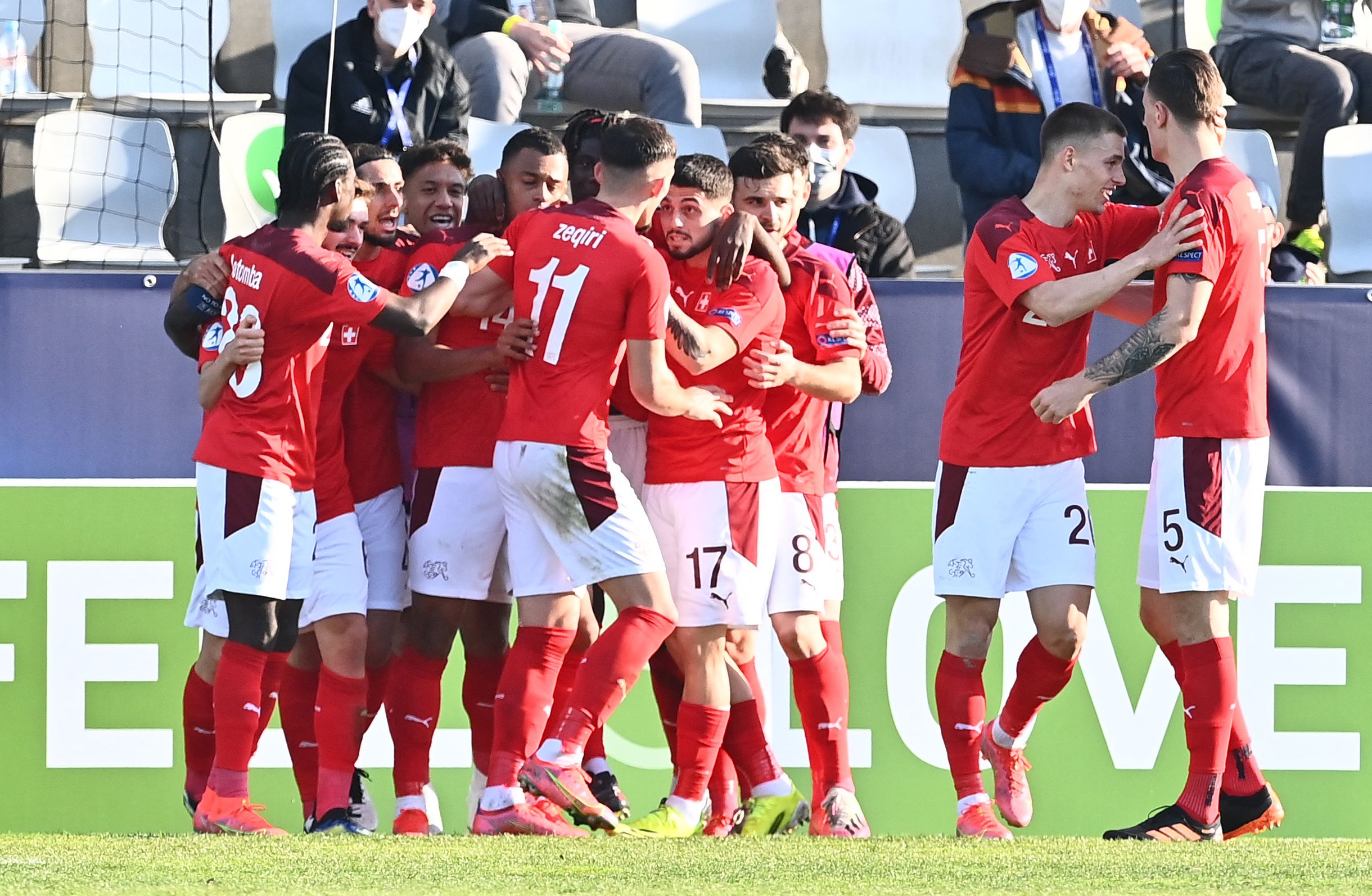 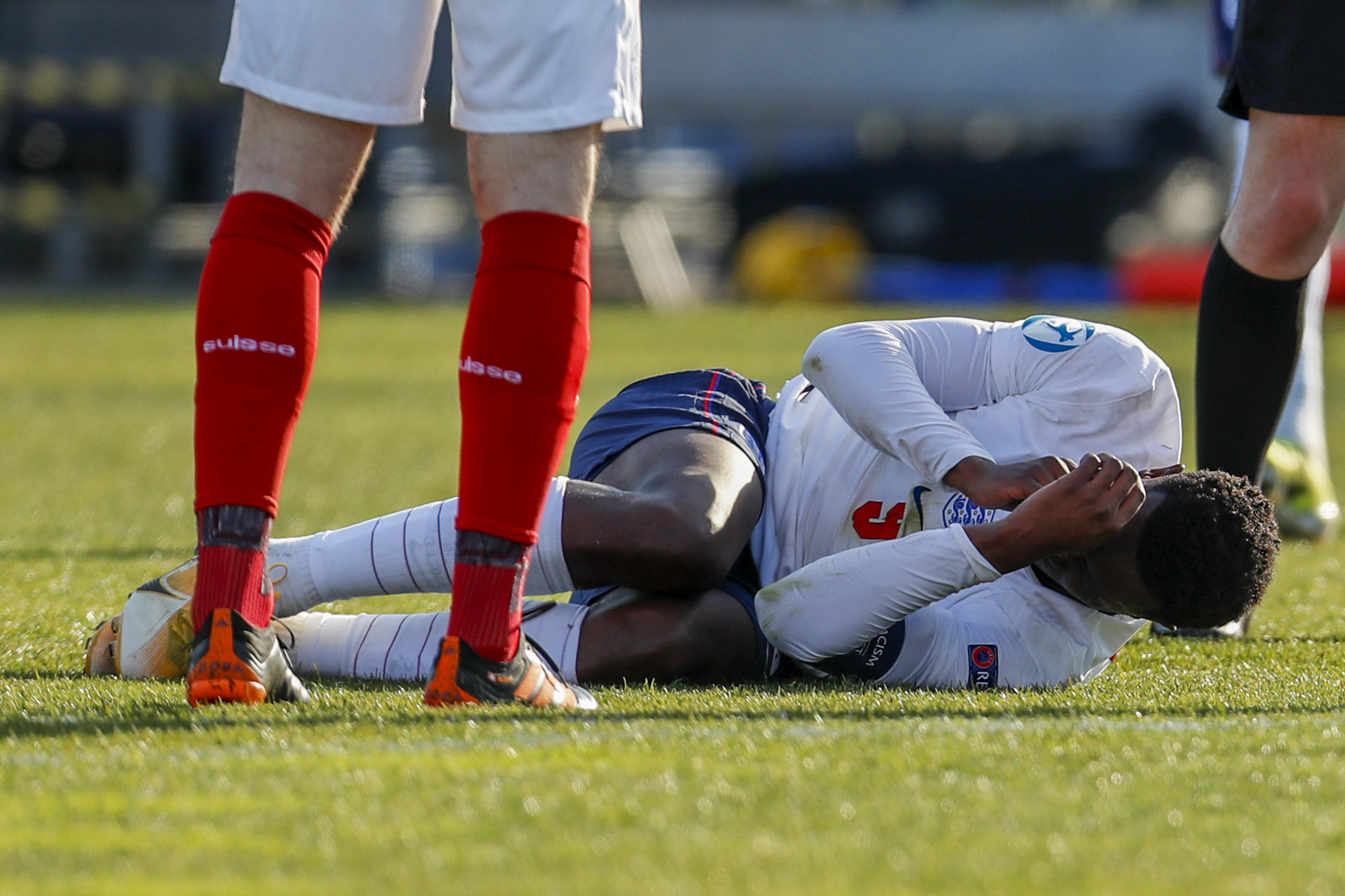 But Brighton whizkid Zeqiri could not get the ball on his stronger left foot and had his shot well repelled by Ramsdale.

Then five minutes into the second half Tom Davies gave the ball away allowing the Swiss to produce a counter-attack which ended with Toma hitting the post.

England had a few half-chances with Lloyd Kelly heading wide from a corner and Hudson-Odoi seeing a decent free-kick saved.

But beyond set-pieces Boothroyd’s men had little threat and it came as little surprise when they fell behind on 77 minutes – albeit in unfortunate circumstances.

Ndoye picked the ball up on the edge of the area but slipped when he went to shoot, kicking the ball onto his other foot to send it looping over a helpless Ramsdale.

Boothroyd brought on the likes of Rhian Brewster, Ryan Sessegnon and Curtis Jones but it made no difference.

His side slumped to a dispiriting defeat, just as they did in Italy against France two years ago – and now the pressure is really on to avoid another group-stage exit.