EURO 2020 saw the most games go to extra-time EVER – with England's final showdown against Italy extending the record to eight.

Fans certainly got bang for their buck at the summer's tournament. 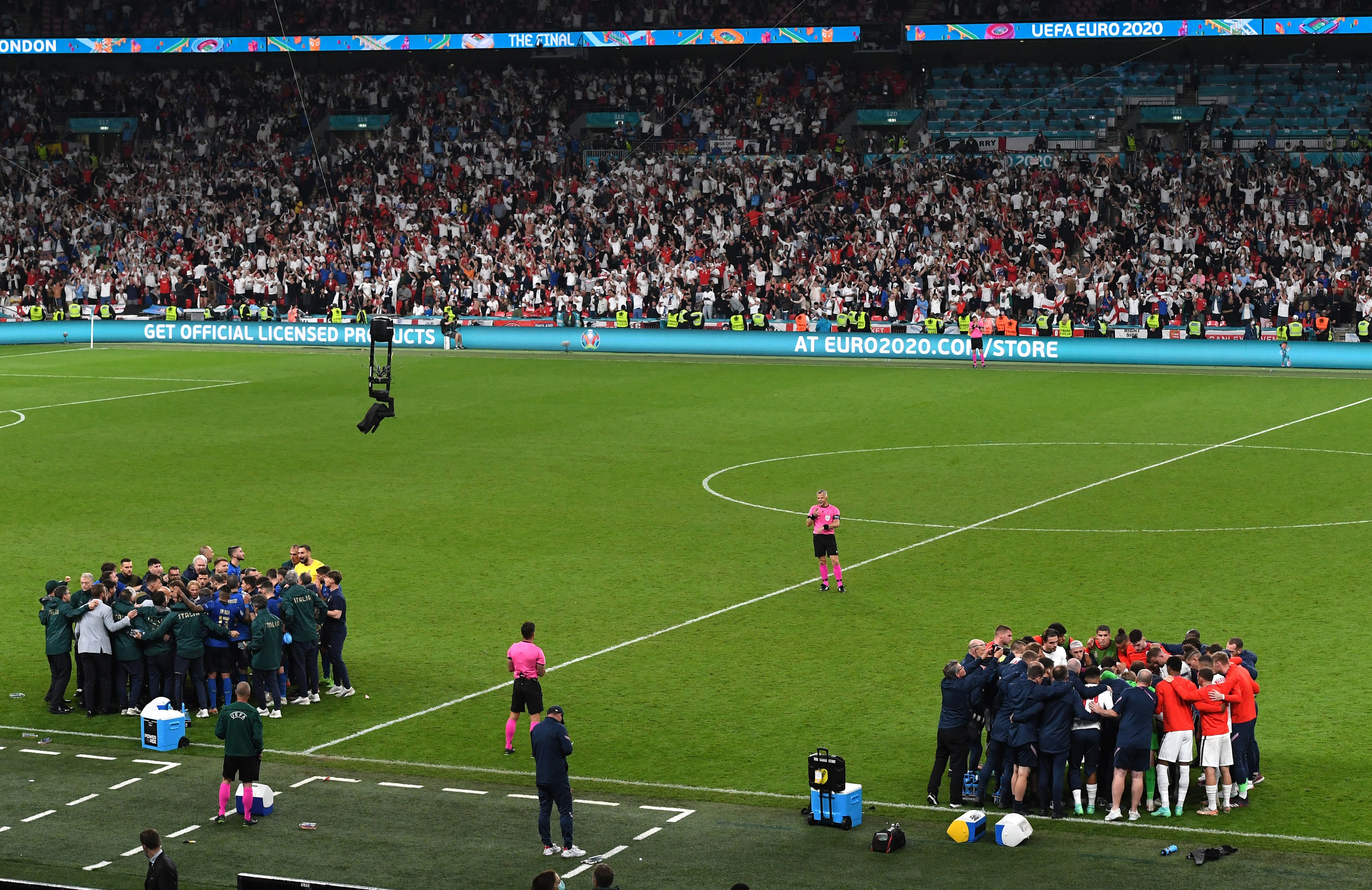 Of the 15 knockout stage matches, an incredible eight went to extra-time – with half of those going even further, to penalties.

No European Championship has ever seen so many games go to extra-time – with just FIVE the previous record, set at Euro 96 and Euro 2016.

And the tally of eight levels the major tournament record, set at the 1990 and 2010 World Cups.

With Uefa expanding the Euros from 16 teams to 24 from the 2016 tournament, many feared the football would be less competitive.

But nothing could be further from the truth at Euro 2020, with Hungary – tipped to be the 'Group of Death' whipping boys – just minutes away from qualifying for the last 16.

Scotland, too, grabbed a point from their group stage game against losing finalists England.

In the last 16, FOUR of the eight matches went to extra-time.

Switzerland and France played out a sensational 3-3 draw, with the Swiss coming back from 3-1 down to force extra-time, going on to win 5-4 on penalties.

Ukraine battled past Sweden 2-1 in the additional half and hour to set up a quarter-final clash with England, while eventual winners Italy needed the extra 30 minutes to sneak past Austria 2-1.

Just one of the quarter-final matches went into the additional half an hour, with Spain needing penalties to get past Switzerland as the game finished 1-1 after 120 minutes.

Both semi-finals needed the extra 30 minutes, too – with England beating Denmark 2-1 thanks to Harry Kane's goal and Italy scraping past Spain on penalties after their game finished 1-1.

And the final between England and Italy also needed extra-time – with the latter winning 3-2 on penalties in a nervy shootout at Wembley.